The 90-year-old Penang Chinese Swimming Club is not only known for its pools, there is also a popular Hakka-Chinese restaurant there.

The Hakka people (客家) are famously known as the “gypsies” of China. The very term “Hakka” meant “guest families”. Centuries of war drove the Hakkas from northern China (around modern-day Shanxi, Henan, and Hubei) down south, where they set up new homelands in Guangdong, Fujian, Jiangxi, Guangxi, Sichuan, Hunan, Zhejiang, Hainan and Guizhou. Throughout all this, the Hakkas maintain a shared language and cultural practices, even as they absorb certain characteristics of the provinces they settled in. The Hakkas number nearly 120 million worldwide. In Singapore, the Hakkas are about 10% of the 2.8 million Chinese population, and the founder of modern-Singapore, Lee Kuan Yew, was a Hakka himself. In Malaysia, the Hakkas constitute a quarter of the 6.5 million Chinese population here.

Penang’s Hakkas have settled here for more than three centuries, pre-dating the island’s official “founding” by the British East India Company in 1786. Today, whilst Penang’s Chinese populace is largely Hokkien (Fujianese), the Hakkas form the majority of the population on the western part of the island known as Balik Pulau.

Lao Hakka restaurant, in fact, started off in Balik Pulau just about a decade back, although it has since moved to its current location at the Penang Chinese Swimming Club.
It was rather popular so be prepared to wait, especially on weekends, when its large tables are filled with mainly Hakka families. 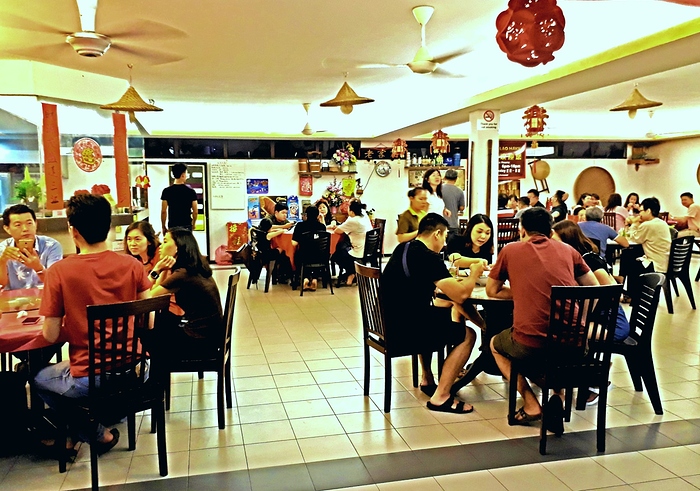 What we had last Sunday at dinner:

Hakka dishes tend to be more rustic, compared to other Southern Chinese regional cuisines. Hearty portions. The food items like steamed cakes or noodles also tend to have a slightly chewier texture compared to their Cantonese, Chaozhou or Hokkien counterparts. 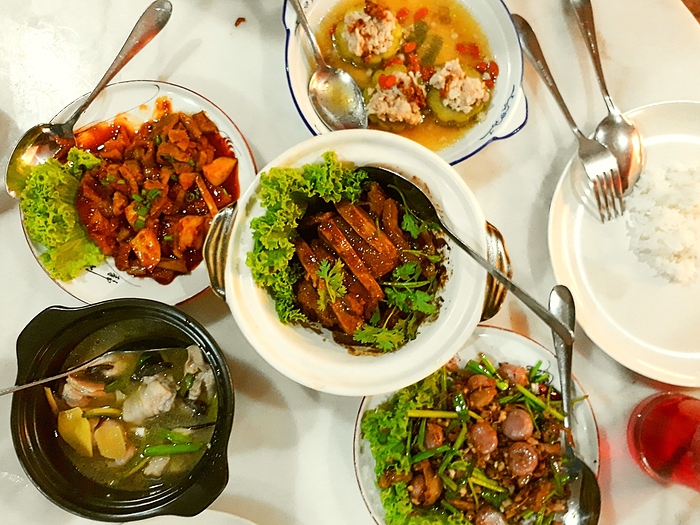 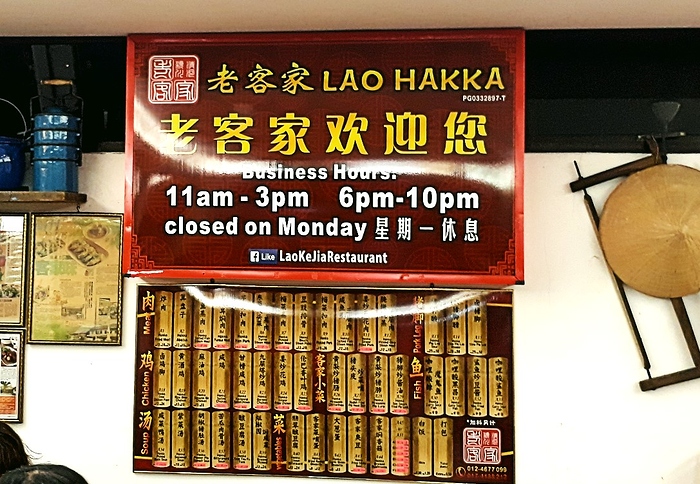 I had this in tang hoon soup at Hakka Yong Tau Fu in Kuching. As you say the contrast between sweet fatty pork and the bitter gourd is fantastic. Not sure I can find it in London?

I saw them in Paris, so I am sure you can find that in London.

One of my favorite dishes. The best version I had was when my grandmother re-discovered a stash of homemade wine she had forgotten about. It had turned into a dark amber color and developed a more complex profile. Delicious!

As you say the contrast between sweet fatty pork and the bitter gourd is fantastic. Not sure I can find it in London?

I’m pretty sure some London restaurants will have it today. I had bittergourd cooked with pork-ribs (one of my fave dishes) at the now-defunct Fung Shing restaurant on Lisle Street as far back as the late-80s.

Lovely meal. I love Hakka food. Have even been to Hakka heartland myself.

Are there good and true Hakka cookery books? Pretty sure there are in Singapore and Malaysia. If you come across such a good one please let me know.

I’m sure you remember this collage I posted a couple of years ago. 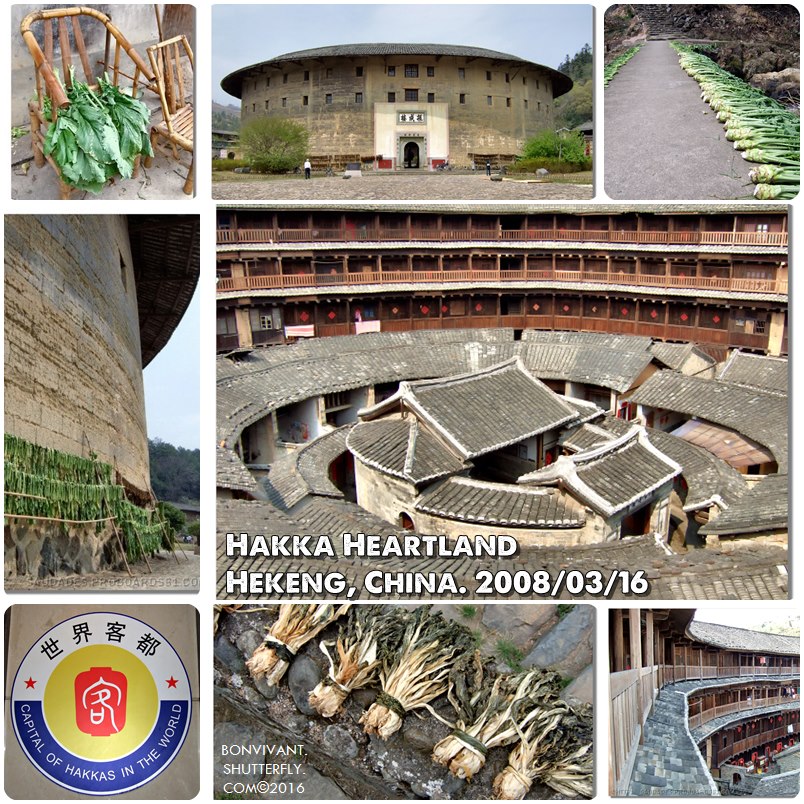 FYI: about the Hakkas on Wiki.

I’m sure you remember this collage I posted a couple of years ago.

Oh yes, I do remember that collage.

On Hakka cookbooks, the good one I had was published by the Hakka Association of Singapore, but with limited copies as it was meant for distribution to their members.

I bought a copy of The Hakka Cookbook by Linda Lau-Anusasananan for one of my sisters who have a Hakka husband. She finds it pretty useful, but said that she actually learns most of her recipes from her mother-in-law.

Thanks! I shall look that one up.