Pasta Served in a Cheese Wheel

Just when you think pasta can’t get any better. I’ve seen pasta served in a cheese wheel twice on TV. The server twirls the hot cooked pasta in a large cheese wheel. The pasta absorbs the cheese, and is topped with truffles. It is prepared and served tableside. Has anyone tried it? I want some.
P.S. This would be great with pasta made with red wine. 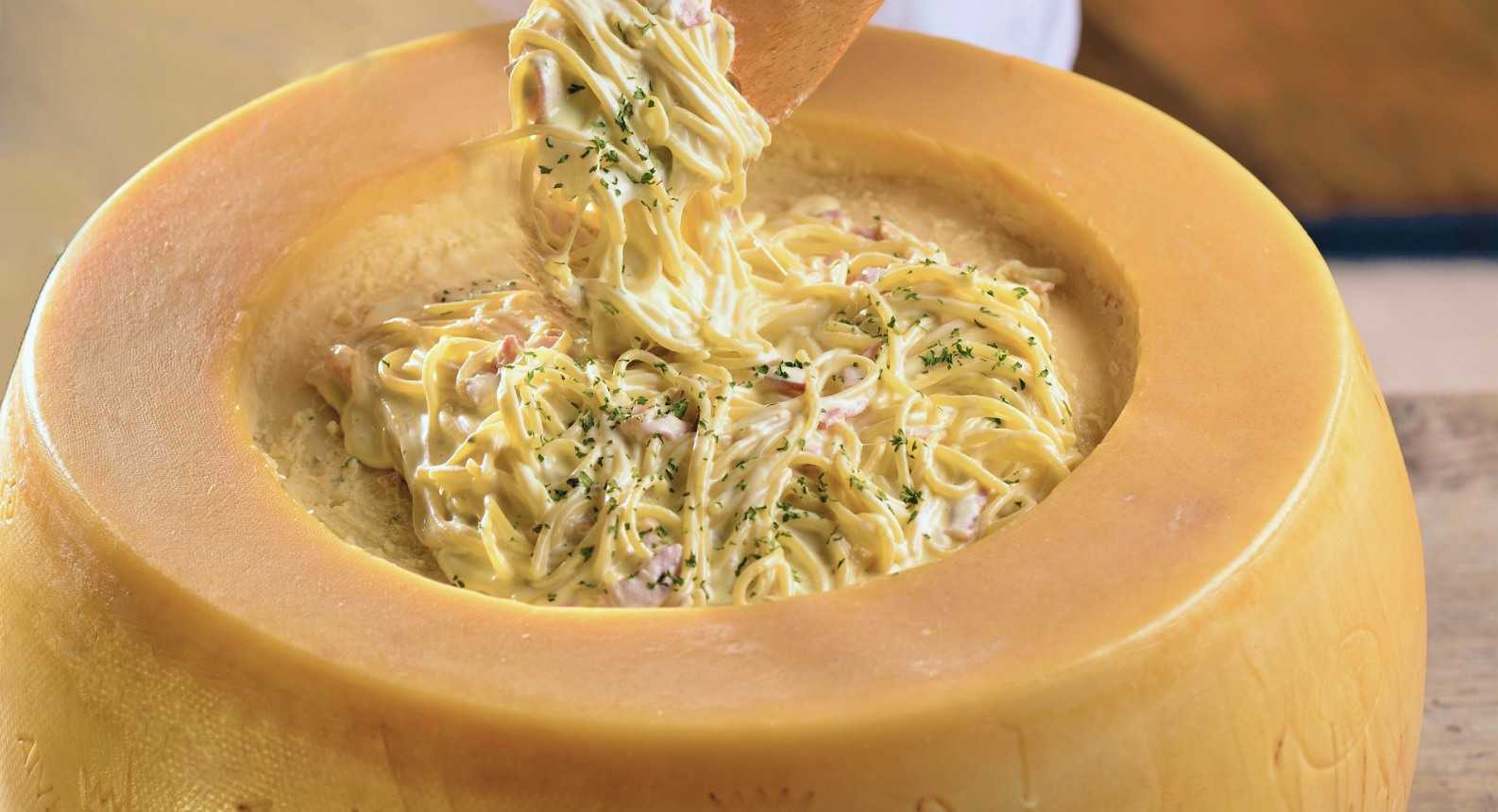 Discover where you can find cheese wheel pasta near you. Plus, follow the recipe provided to make it yourself and impress your friends.

Yes. at Mohegan Sun. It was just ok.

Also got me a bit concerned about sanitation, after I ate it. The cheese is reused…

Waste of a good cheese wheel. Novelty aside, consider the starch buildup each time the wheel is used.

Did you see it on RHoBH? It seemed to make Kyle very happy.

Yes. Maurisio seemed to enjoy it too. Lol. Camille served it at her pre-wedding dinner in Hawaii, as well. Lisa Vanderpump doesn’t know what she missed. Hahahaha

Ha, that was my first thought too. How does one clean the cheese wheel between dippings? I guess you could just cut those parts away afterwards, but seems like a waste.

Yes I had that pasta in Florence Italy about 35 years ago in a Trattoria. Have not had it since, but does bring back good memories.

I had it in Siena. It was very good but more due to the truffles than the pomp table side service. I had no concerns about sanitation. You don’t eat from the wheel. I noticed no starch build up not that I would know what that would look like. Perhaps a case of ignorance is bliss.

My name kinda gives me away here but I love this idea. It’s hot pasta inside of a giant wheel of what looks like Parmigiano Reggiano. Cheese and carbs are two of the main delights in life. There’s a cheese place near me that has PR cheese and I am tempted to get my hands on some so I could try this, though I doubt I could ever afford a whole wheel of it.

Here is a picture of myself, sans the fake glasses and mustache, serving penne’ vodka with lobster in a vodka sauce. This was probably about 10 years ago.

(Couple of things to note, notice the extra long handle on the spoon, this was to preserve the hair on my hand/wrist, which I burned off during my “experimental” stage. Also after the last serving for the night the interior of the wheel would still melt a bit, creating little cheese bumps. The wheel is placed in the walk in fridge for the night, where those little bumps got nice and hard, which meant the next day when you made the first dish for the night, the spoon would be “bumpy” as you are scraping around the bowl. This would lead to the inevitable “splashing” of the alcohol onto my arm, suit, hand etc. Thus, this dish became affectionately known as “The flaming cheese-wheel of death” as everyone would stand around to watch me set myself on fire during the first order of the night. I was literally making it one night when the customer, a female, sheepishly said; “excuse me, do you know you are on fire?”, no joke) 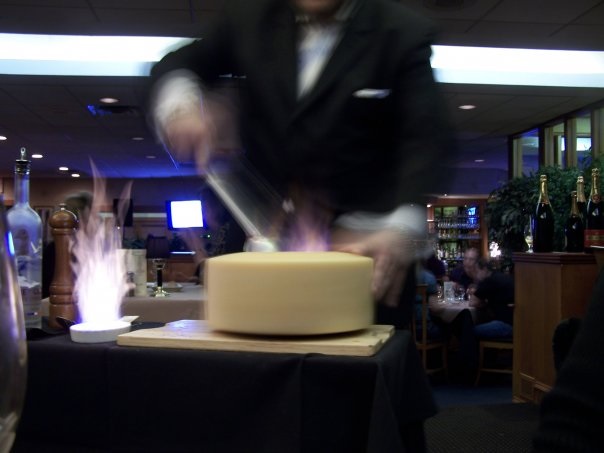 Plan B? Melt the cheese in a raclette, toss in cooked pasta, serve 2 by candlelight? 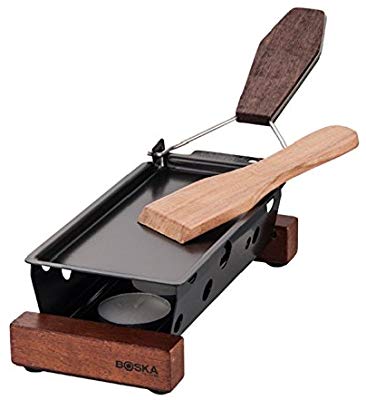 I have this and it works beautifully.

Is there enough room to add in cooked pasta with the melted cheese?

No, that’s not how it works. This is used to heat / melt cheese then smother a dish with it.

I wanted to get creative.

No, it is smaller than a business-sized envelope and is maybe 3/4" deep.

Thus, this dish became affectionately known as “The flaming cheese-wheel of death” as everyone would stand around to watch me set myself on fire during the first order of the night.

Fun read. Glad you are still among us!

It also featured on an episode of Million Pound Menu on Netflix as well as Hulu’s Worth It (the truffle version).