Rue Faubourg Saint-Denis is an working class food street, before, it was associated more with ethnic restaurants. Nowadays, several gourmet places started to appearing (Paris New York Burger is not far, and there is also the Dude), Sette of rue Faubourg Saint-Denis is their first store with the idea of selling authentic Italian pizza with a small price tag encountered big success, prompting the opening of other 2. (The third one will be open in Bastille next March.) The original shop is minuscule, the oven takes a lot of its space, leaving the place few seats. The menu compared to the 17th district is much more restricted, no cocktail is served. 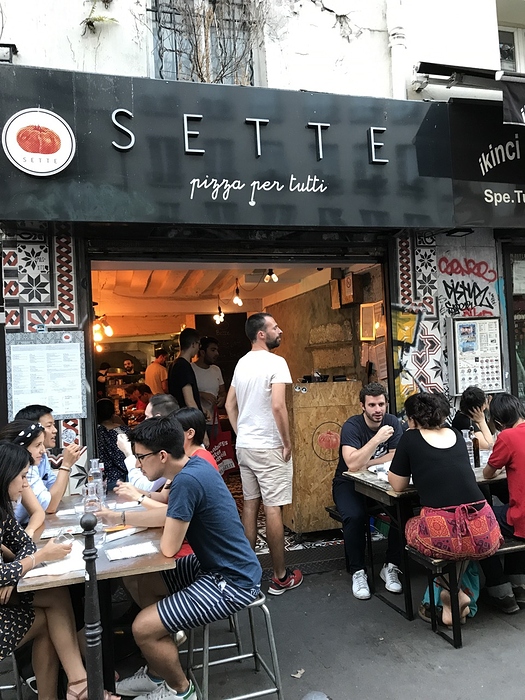 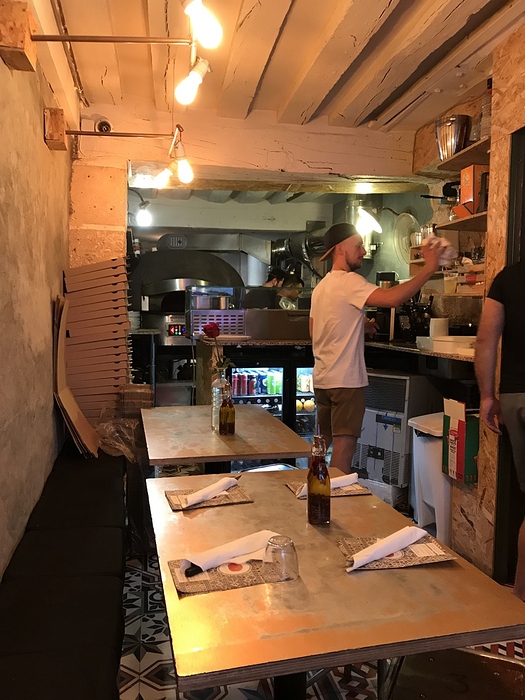 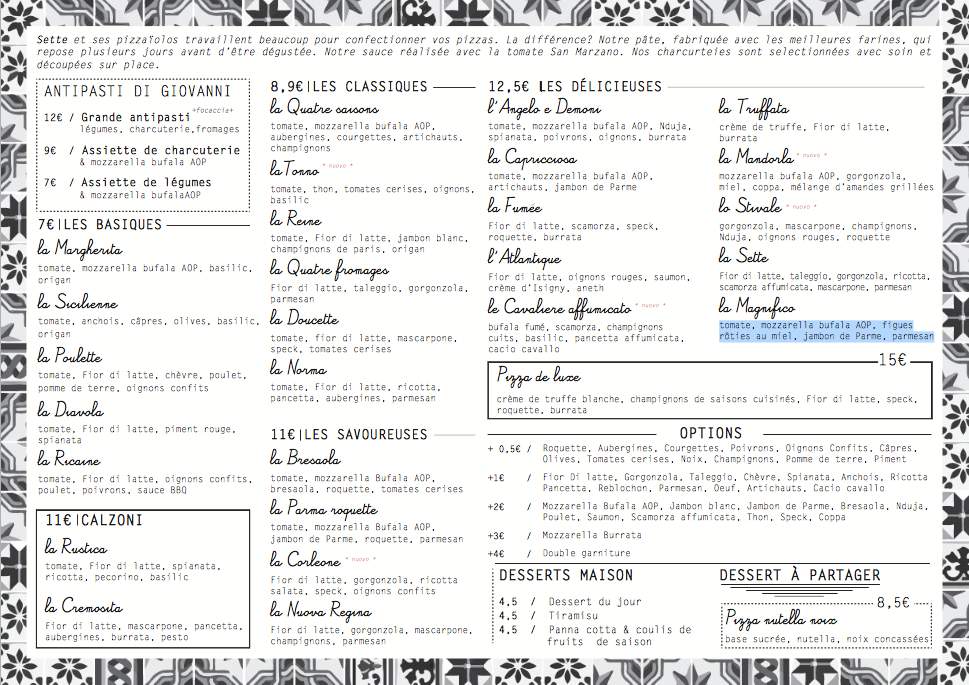 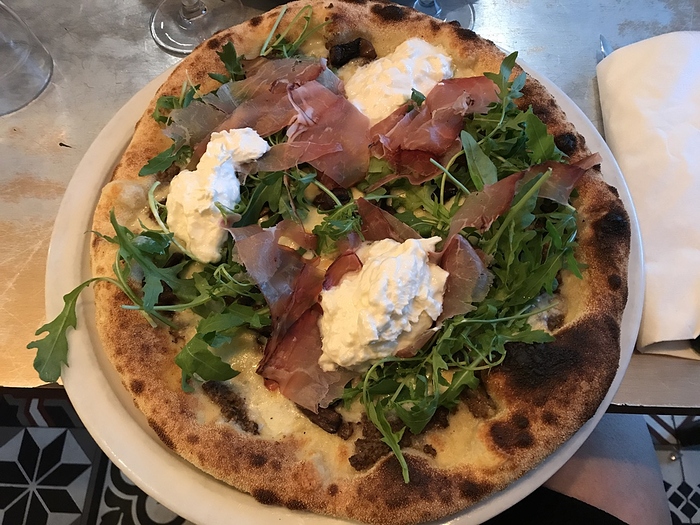 The truffle was quite present, not bad at all. 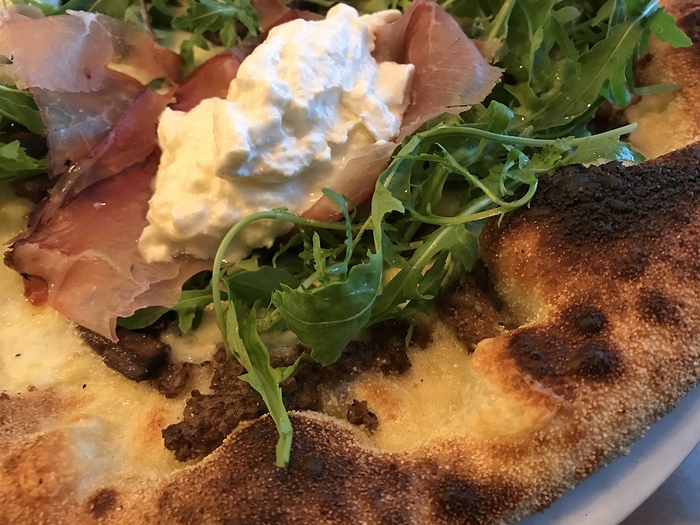 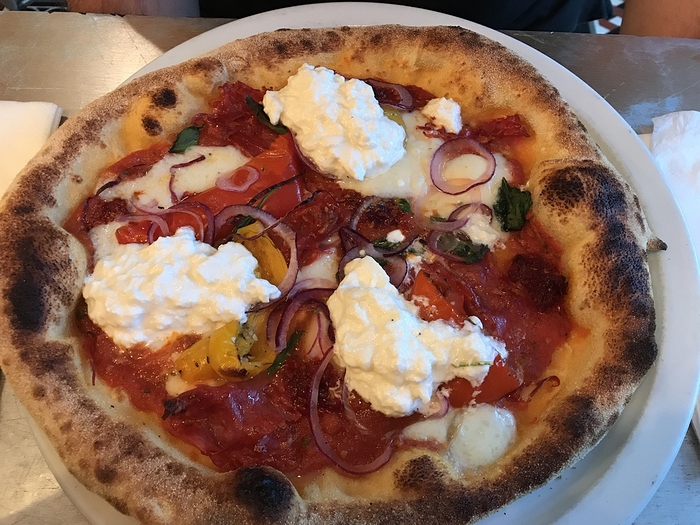 This pizza is seasonal, we didn’t see figs proposed in the other Sette restaurant. 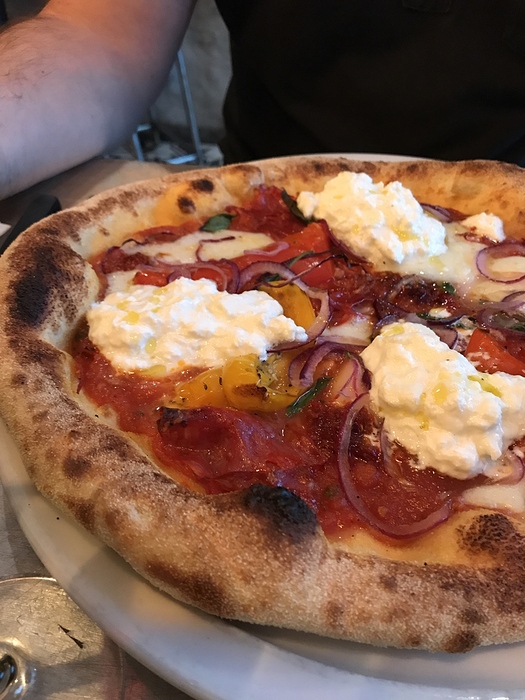 We were at the peak of the summer heat wave that day, the interior of the restaurant very hot with the heat of the oven. We were original seated inside but requested to be seated outdoors when seats were available. The pizza dough were the same as the other Sette with grainy texture. I like the truffle pizza a lot, the fig pizza was okay, but felt the sweetness of honey slightly overwhelming. I have to stress that I don’t usually like sweetness in savoury food, especially the combination sweet sour, but it’s personal preference. After several meals, Sette still remains as my favourite pizza place in Paris. 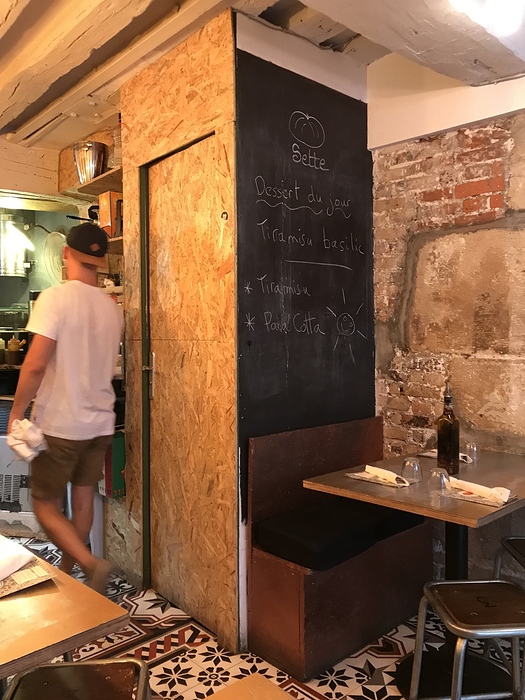 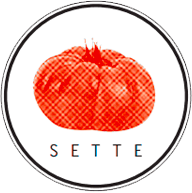