Not everything is good on the menu. In fact, most dinner dishes are quite average. But there are some good dishes on the menu that compares more favorably than the much better known Cooking Papa in Mountain View.

The scallop egg white fried rice- satisfying and done properly with wok hay. And cheap too compared to banquet restaurant that serves the same dish. 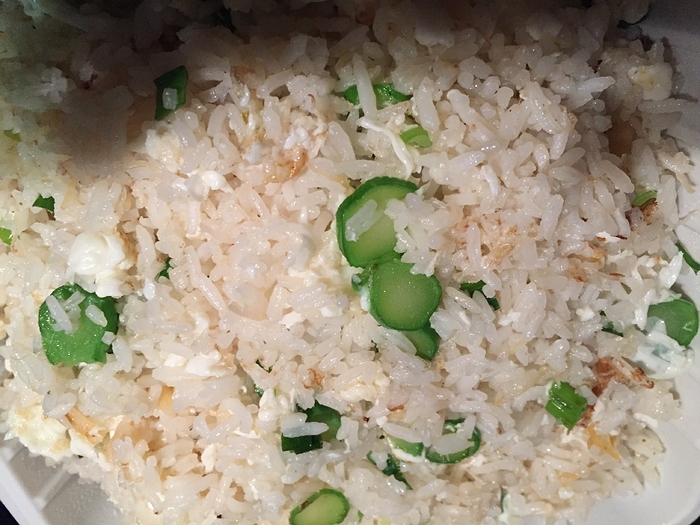 Egg and shrimp sauteed hor fun- A version done respectably. Wok hay on the noodles and plenty of egg and shrimp gravy.

Weekend congees- scallop chicken, and thousand year duck egg and pork congee. Happy to devour those, especially when its cold outside. They do a respectable job on congees.

Chicken with corn gravy rice. This is a dish that is simple and gets the job done when there is craving for simple homemade dish like it. The opposite of fancy gourmet. Not on the menu. Sometimes I get server who tells me they don’t have this dish, and I tell them that I’ve ordered it many times, and if they tell the kitchen they will cook it.

Again, they are not a fancy Cantonese banquet restaurant, just a modest neighborhood joint serving both classic Cantonese dishes and if desired, modest banquets. Not a place to go out of the way for, but does a respectable job on a few items on the menu.