Nasi Kukus Ayam Berempah is a dish of steamed rice and fried chicken with a spicy
coating that’s quite heavy on the turmeric though each place has their own mix. It’s not just the chicken and rice the accompaniments of chicken gravy, chillies and ginger in vinegar and wedges of cucumber are also important. It’s safe to say that it is something of a local favourite in parts of Malaysia particularly in Phahang.

I have been in Cherating (a small village on the coast ) in Pahang state in the east of Malaysia for a few weeks now and have had them several times in Cherating and also in Kuantan a big town north of Cherating. It’s a bit of an obsession at the moment.

So to the runners and riders. 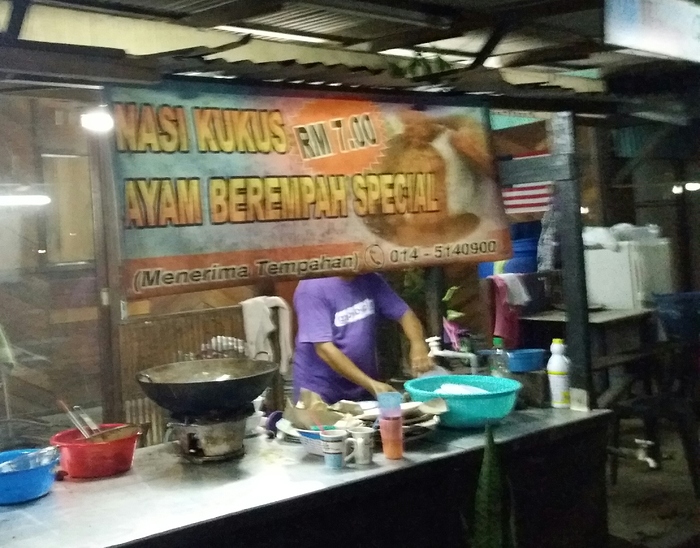 If you leave the main path from the beach and turn right it’s a 2 min wak and then just round the corner on the left. Only open in the evenings.

Chicken: Not always cooked to order. Once one piece refried and one fresh. Usually quite dry.

Coating: A bit one dimensional flavour wise and sometimes too thick.

Rice: Ok but very underdone on one visit, it was positively crunchy. 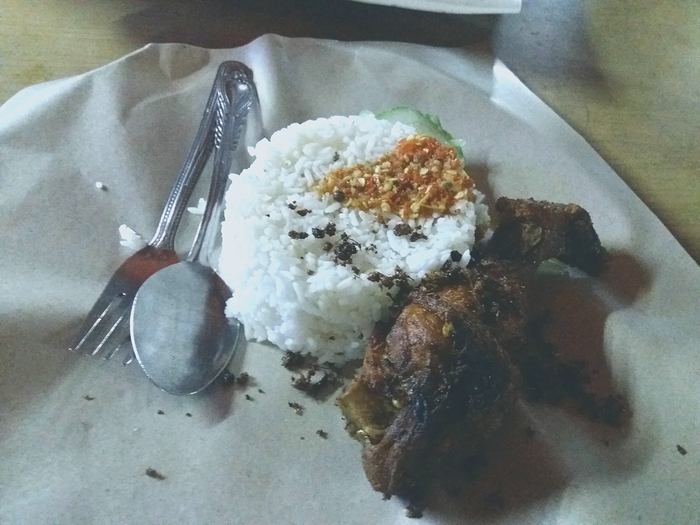 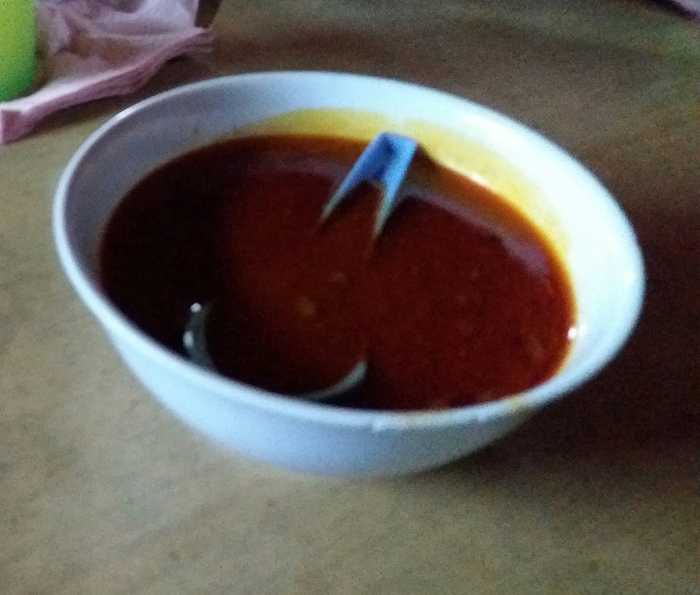 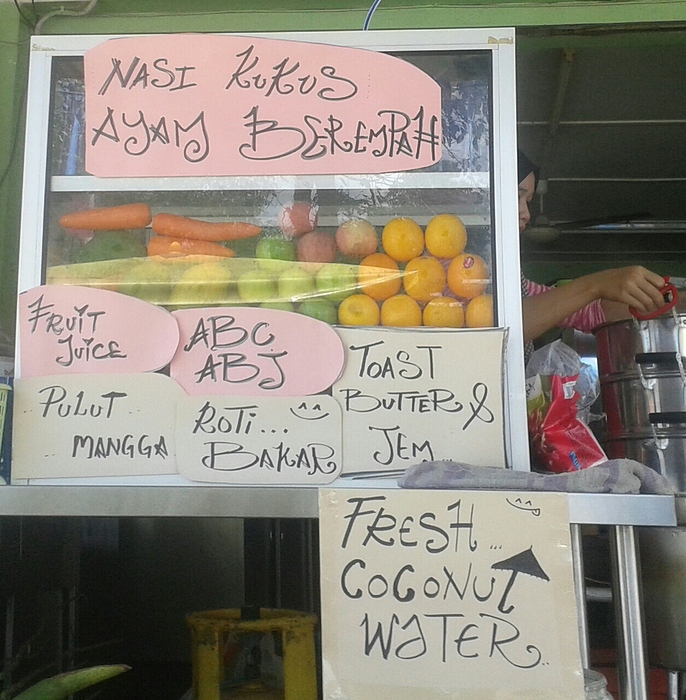 Chicken: Not always cooked to order. However they keep in large pieces in a steamer and then portion it when you order. Always pretty moist and juicy.

Coating: They use lemongrass or something very similar which I really like. Has a very nice kick to it.

Chillies: Generous portion of chillies in vinegar with good amount of ginger. Separate so easy to dip your chicken in. 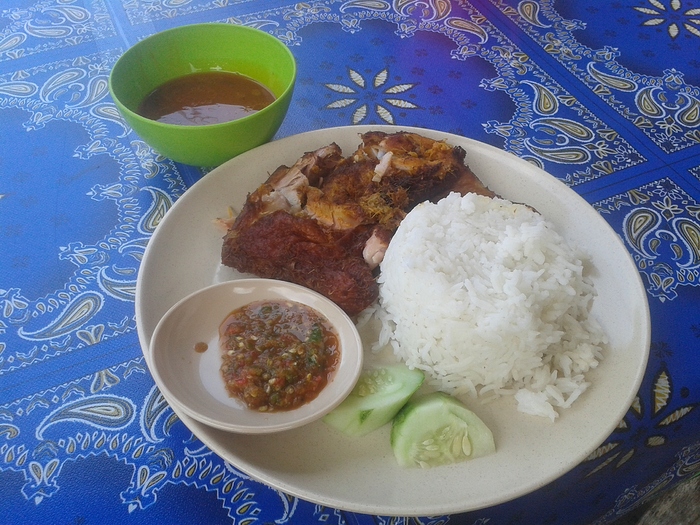 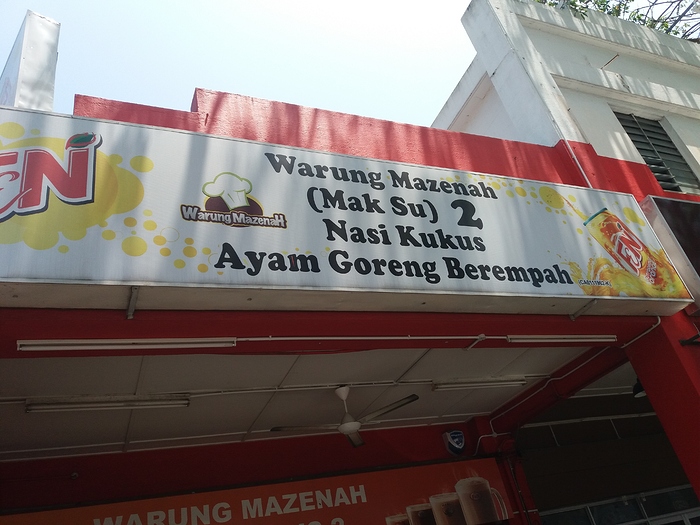 This was in Kuantan rather than Cherating and was an actual restaurant with an actual name and address. We were taken here by the owner of our guesthouse so had high hopes.

Chicken: Cooked to order. By far the most succulent of the chicken we tried.

Coating: The coating was quite sweet and lacked punch. Tasty enough though.

Rice: I’m not sure what was in the rice but it was quite rich . Delicious though but maybe not the right foil for fried chicken.

Chillies: Even more parsimonious than stall 1 in Chearating.

Gravy: Quite rich and sweet and was not separate. Small amount poured on the rice.

Cucumber: Had pickles rather than cucumber. Very good for cutting through the richness. 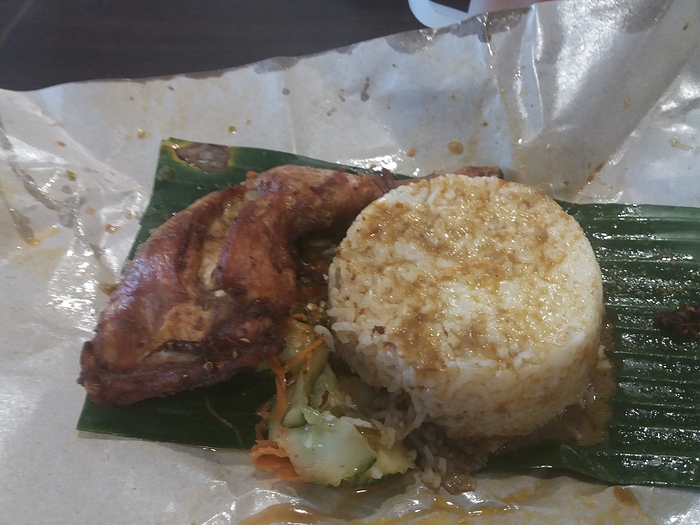 Stall 1 Cherating- fell down in every department. Only lack of alternatives brought us back.

Warung Mazenah Nasi Kukus-best looking plate and the best chicken. Lacked generosity and proved that the chillies in vinegar really are a deal breaker for me.

Stall 2 Cherating - All round the best of the three.

Thanks for the tasting notes, interesting indeed! I was travelling in Malaysia in last September for 2 weeks, not even enough to get a rough introduction of different cuisines. I envy that you have the time to taste and to develop an understanding to the cooking (and the life). I saw in another post that you saw you have been on the road for 1 year already! Enjoy and hope to hear from you more often.