I had a snack at Otra after and before a few beers at Toronado, which is conveniently within stumbling distance. Otra is a Mexican restaurant from husband and wife team Nick Cobarruvias and Anna Sager Cobarruvias, who also run Son’s Addition in the Mission.

I had the
Aguachile
kampachi con red onion, jicama, charred habanero-miso-lime, tostadas
A fine aguachile of kampachi, kind of a spicy Mexican ceviche. Instead of tostadas this had tortilla chips. Salty, spicy, and acidic. The miso in the sauce was novel and gave it a little miso umami flavor.

Beef Tacos
slow cooked carne con guajillo chile, toasted garlic, avocado, onion, y cilantro
Really good tacos of stewed beef. The chunks of beef were very tender and the sauce was very nice, had a kind of citrus rind flavor in there, maybe it was from the chiles. The ratio of filling to (freshly made with house ground masa) tortillas was a bit off though - there was a large amount of meat on each taco, maybe another tortilla or larger tortilla would have brought it into balance. Anyway I ate a bit of the filling off the top before eating the rest of the taco like one normally eats a taco. 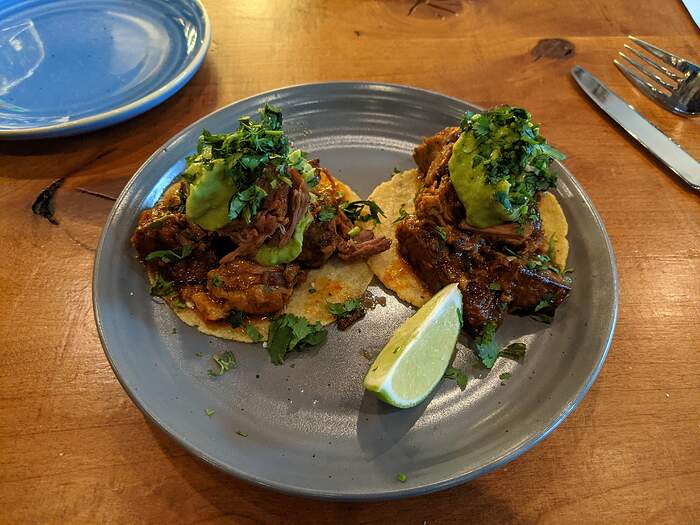 Also had a couple of cocktails. Most of the cocktails on the menu have tequila or mezcal in them, and they also have a good sized list of mezcal and tequila offerings as well.

This was the
Pennicillin No 2
Mezcal, Lemon Juice, Ginger syrup
A nice Penicillin cocktail variation. The smokiness of the mezcal stood in for the peated Scotch float usually in this drink. 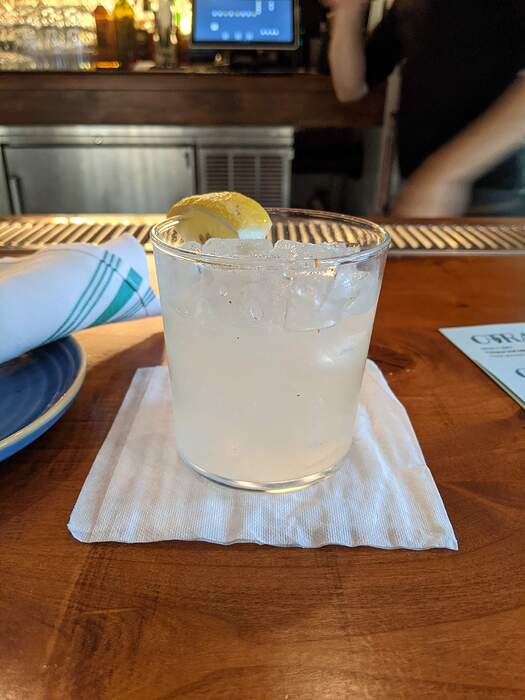 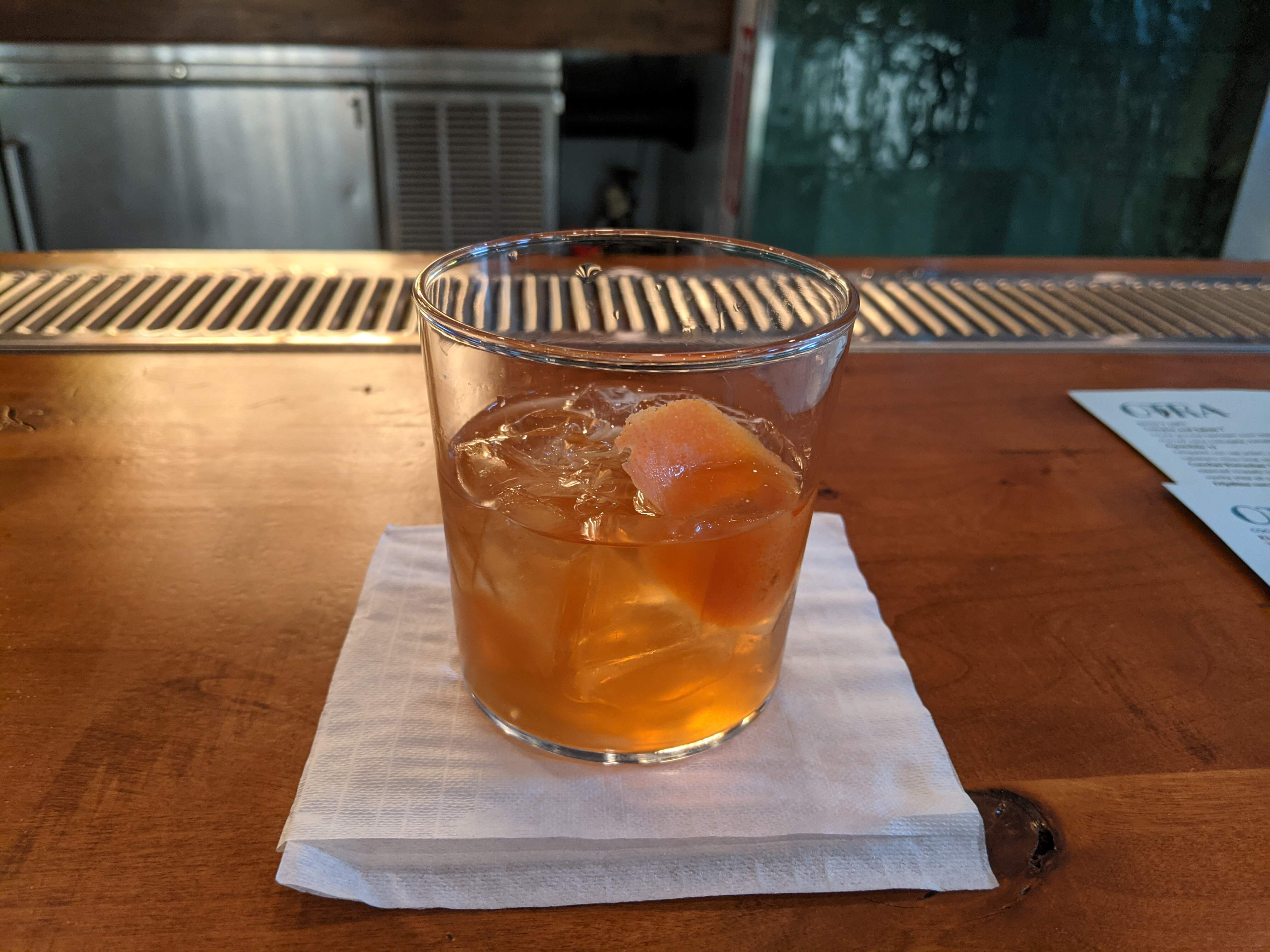 A nice snack. I wouldn’t rush to order the aguachile again but the beef tacos were quite good, as were the cocktails.