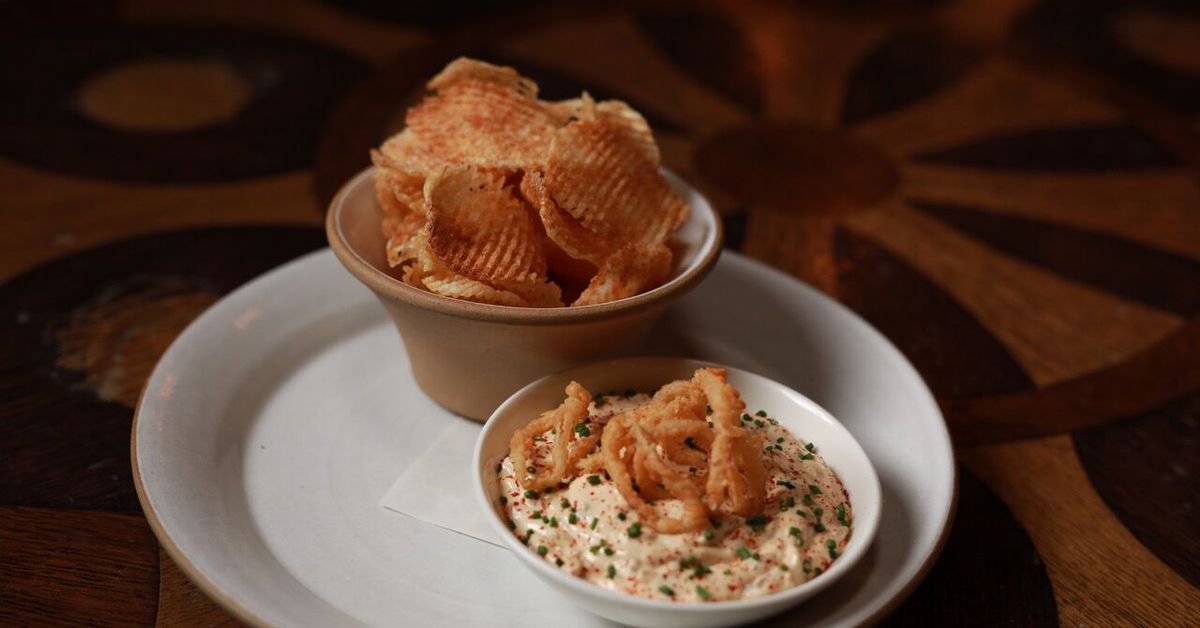 Citrus, crème fraîche, and even caviar are gussying up this American classic

“Nostalgia and a boom of throw-back restaurants are fueling the trend that chefs such as Greg Baxtrom of Olmsted have declared their love for in the past few years. The favorite childhood snack rode a wave of press, and in two short years, it advanced from passé Super Bowl side to New York’s darling appetizer.”

And NJ. I loved it as a kid; I love it now. But I only make it for the Oscars and the Superbowl.

We thought sour cream was exotic in the Middle of the country.

Funny - I only make it for the Super Bowl and for my husband’s birthday…But I remember loving it as a kid.

I still love onion dip with Rrrrrrrrruffles potato chips (in that order!). It’s an indulgence now, but I’d eat it before I’d eat ice cream.

We thought sour cream was exotic in the Middle of the country.

I imagine once sour cream & onion potato chips were invented, the scales fell from your eyes. My grandfather often ate a bowl of sour cream as part of his breakfast, and you can still find plain old sour cream as a side dish at some delis and coffee shops in New York. Not that it isn’t weird, but it does exist.

Oh, I realized it was great stuff early on, but we mostly had it on baked potatoes , along with the cloverleaf thingie full of toppings, when we were dining out.
Maybe Lipton took longer to invade middle America.
My late Jewish brother in law, from a grocer family in Connecticut, amazed my friend and I the first time we visited them in the houseboats in Sausalito. He always had fresh bagels and they had what seemed like a several pound piece of local cream cheese.
I was all for it, but I’d never had stuff like that growing up in postwar suburbia. He opened my eyes to a whole of stuff.
Anyway, I’m all in on French Onion dip.

We make it in smaller batches using Osem onion soup mix, which comes in bulk rather than in envelopes. And I prefer celery with it–it’s salty enough already.

I’m from Michigan and I grew up (in the 80s) LOVING onion dip - one of my all-time favorites, to this day. I enjoy all varieties from Lipton soup mix to fancy-ass gourmet. I rarely eat potato chips but enjoy onion dip frequently either on pork rinds or crudites.

I grew up on Lipton’s onion dip and Ruffles. But usually just for parties. Later on in life I discovered Green onion dip mix in those small green packets and liked it better because there were none of those pesky onion bits but I haven’t seen that in stores in years.

BTW,: I watched Amy Thielen make this onion dip in her first season. Never got around to making it because it seemed like a lot to go through for a bowl of dip. But it’s a joy to watch her fix it. 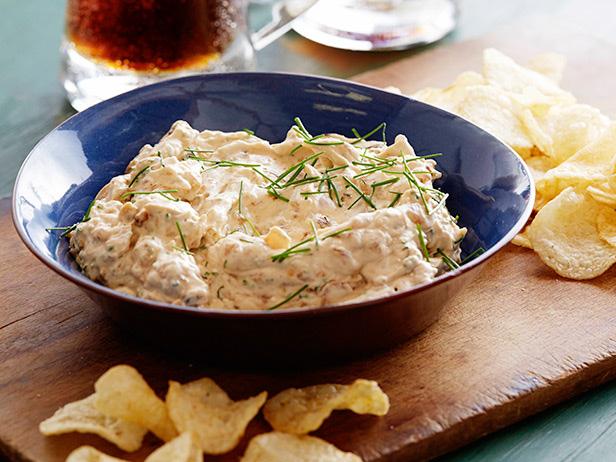 I don’t quite understand how it is related to French, maybe because of creme fraiche or French onion? I read more about dip on French sites, they say it’s an English speaking countries’ thing. Here with apero at home parties, sliced raw vegetables are served side by side with the dips, I read a few recipes, the condiment consists of yogurt or cream cheese as base. I guess it is trending, as it sounds like a dish with minimum effort and lots of margin for restaurants and it is good!

The last office party we had (a Friday libation and Scooby Snacks type of party) I made sure to get some Lipton Onion Soup mix and a 16 oz. container of sour cream to make onion dip. I also got salsa, and some honey-mustard dip for pretzels.

That’s what always happens when I have it at our house!

From Wikipedia (not always 100% reliable):

"French onion dip, made of sour cream and instant onion soup, was created by an unknown French cook in Los Angeles in 1954. The recipe spread quickly and was printed in a local newspaper.[6][5] The Lipton company promoted this mixture on the television show Arthur Godfrey’s Talent Scouts in 1955, and early on, it was known as “Lipton California Dip”, but soon simply as “California Dip”.[1] A Lipton advertising campaign promoted it on television and in supermarkets.[7][8] The recipe was added to the Lipton instant onion soup package in 1958.[9]

About the same time, a similar recipe, but made with reduced cream, was created in New Zealand and became very popular.[10][11]

I posted this because I think it’s funny that something very common and commercial that’s been around since the 1950s is becoming artisanal and trendy. But I bet some of the versions are good too.

Perhaps strangely, I cannot suffer flavored potato chips. I do try from time to time, but it’s just not right. For that matter, I would rarely choose Pringles, but when that’s what they have (for $5.00) in the hotel room, I sometimes make it work.

I wonder if it’s because the Lipton soup mix is supposed to resemble French onion soup. I have NEVER used Lipton’s for soup, but more times than I care to share for dip and husband’s hamburgers. Husband loves ground beef with his soup mix. I think that one is called “beefy” though.

First off, I use Lipton’s OSM or equivalent when I make Missiissippi Roast.
But, more importantly, I need a living room “something” as sop for large gathering. Well, 25, large for me. No cheese. No “odd bits”. Was thinking something like this, but would love a little twist from the expected. Thoughts?