Pretty new Korean place on E. 30th, with a lot of shiny black surfaces in a long skinny room. My first instinct was to share four dishes, but I decided to ditch one just in case three was enough, and boy, was it. Very substantial! that food. We had a moon snail salad with wheat noodles, which wasn’t as spicy as advertised, and was also somewhat too sweet (it’s an epidemic!). The snails were very good, and the rest of the dish was mostly red peppers and cabbage. The chilled noodles were very refreshing and a nice counterpart to the somewhat oily other stuff. 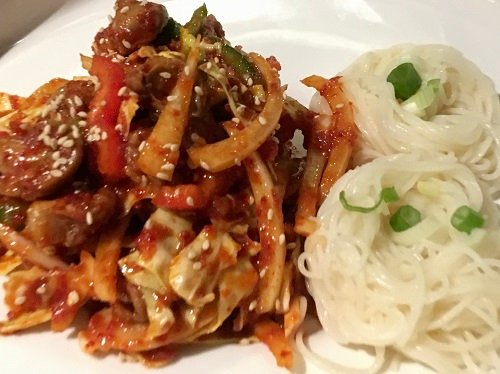 Banchan, standard issue, except for the fish cake (bottom center), which was excellent. And lucky we got there early, 'cause the place got slammed and they ran out of fish cake - I heard the server apologizing to our neighbors at the next table. 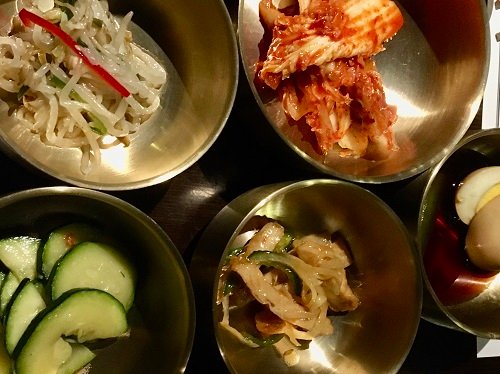 Bibimbap with tofu, which was pleasant enough if not terribly exciting. 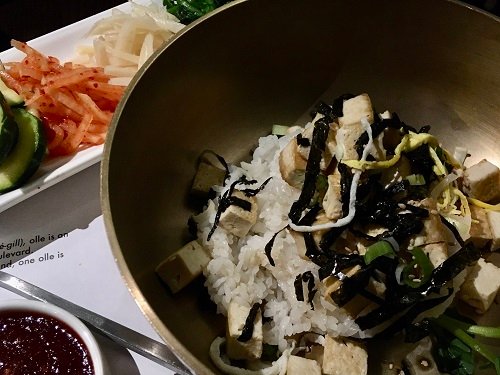 And the dark horse, mudfish stew with radish leaves and soybean paste. Probably the most “homestyle” Korean I’ve ever had, and a dish that would be comfort food to anyone. The fish didn’t really make its presence known, but it was a really nice soupy pot of mush. 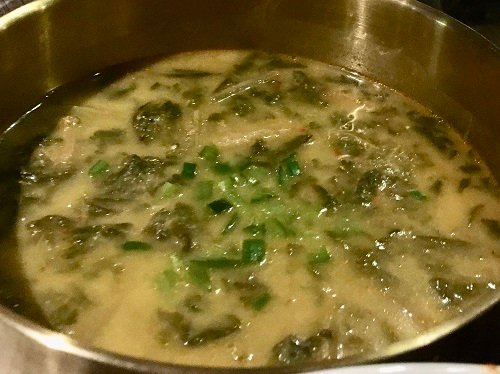 I definitely ordered the wrong thing to drink, a crappy soju called Jinro Is Back. But I didn’t see anything on the menu that appealed to me, and I’d rather pay $14 than $30 if I’m gonna not like something anyway. Prices - considering the amount of food you get - struck me as extremely reasonable. Service was unremarkable, which is a good thing.

crappy soju called Jinro Is Back

Must disagree on the strongest level. This is classic oĺd school soju. I can see someone not liking it s new wave soju dominate the market.

Soju is the #1 selling spirit in the world according to some beverage trackers.

I thought it tasted like not much of anything except sugar. I don’t have any vast reserve of soju experience, certainly not enough to distinguish new wave from old. I just know what I like, and…not that.

It took a while for me to get into Soju. I really found it raised my cred in Korean restaurants ordering Soju and Makkoli by brand before looking at the menu.

Well, I’d hate to wreck my no cred cred by knowing too much about anything. For a hot minute, there was a place that specialized in baijiu, I think on lower 2nd Ave. This soju was better than that, which I guess is something.

Still thinking about that mudfish stew. Maybe I should grow perilla this year.

Proponents think baijiu will be the next big spirit trend in the cocktail world.