Paging everyone from NYC and nearby for our next HO Group Dinner — next Thursday 9/8 7pm or after at Uncle Lou’s in (Manhattan) Chinatown.

Looking forward to it!

I’m thinking I’ll pass on this one, at best I strained my Achilles, at worst it’s partially torn but either way, I’m limiting my activities until I figure it out.

Dang. Will miss this one too. I will be away. Leaving for a long weekend. I have been wanting to try Uncle Lou too. Would be great to go with a big group so I could try a lot of dishes. Chinese dinners with a table for two is sort of sad. Hopefully the next one will work better for me.

Hope it heals soon! And if you change your mind, we’ll still have room for you @vinouspleasure

We had some late cancellations, so it was just me, @Saregama and @DaveCook. But we gamely decided to eat as if we were a much larger party, because YOLO. Uncle Lou is plenty good, but only as crowded as it is because of its (modest) hipster vibe and pretty people contingent - and ample press, not for nothing. The menu doesn’t stray far from what you’d find nearby, in places with more Formica and linoleum. And the place also keeps it real by offering only two (2) adult beverages: Budweiser and Tsingtao. 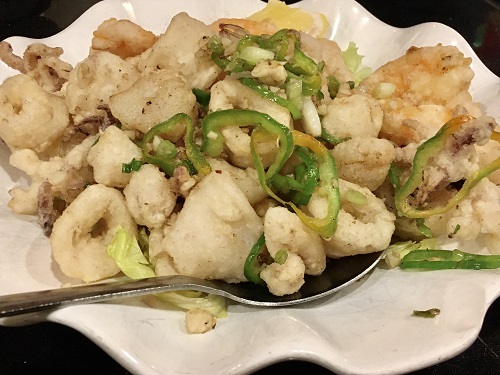 Steamed buffalo fish with ginger and scallion. Perfectly cooked fish with a lovely texture. And a lotta bones! We were warned. 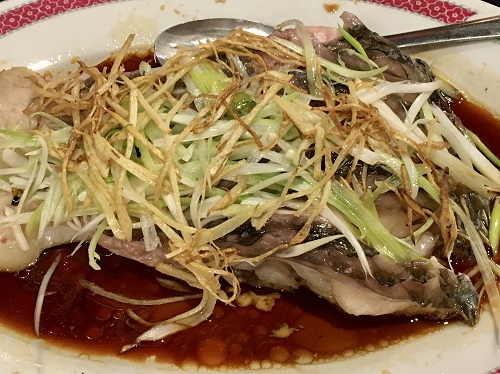 Stuffed tofu skin wraps, filled with Shanghai bok choy and (not enough) mushrooms. It was agreed that this needed a hit of chili oil. I thought the tofu was the best part of the dish. 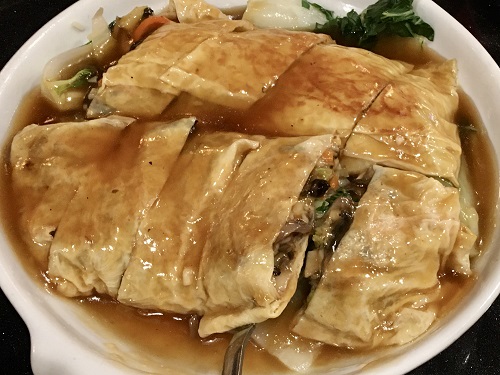 Homestyle stir-fried seafood with garlic chives, fried squid, noodlefish, jellyfish, jicama and sesame. The most interesting description and (in my opinion) the least interesting dish. The seafood - mostly squid - was somewhat overcooked, and I couldn’t locate any jicama at all. Plenty of chives, though! 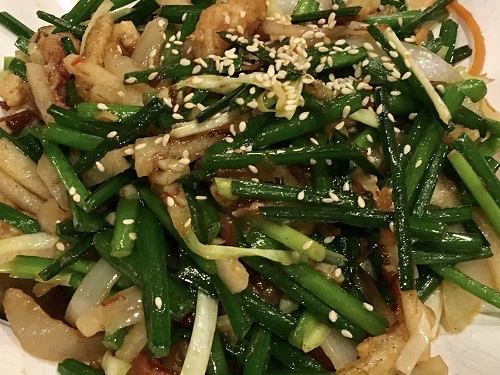 There was also a duck dish, and an excellent shrimp-paste-stuffed-pepper, but my pictures don’t do them justice.

Great conversation and company, as always! I took an extra-long walk after dinner, so as not to die of stuffed-ness.

We were down a few folks, but still managed to make a decent dent in the menu!

I agree, everything was well -prepared but there are similarly good versions not far away just with a little less buzz. Also: it was LOUD.

Still, I would go back to try a couple of things we might otherwise have — Garlic chicken, Lamb stew, Lotus root pork patties, Cauliflower and oyster mushroom in xo, Yam leaves with garlic, and more.

Our first round was much more successful than the second, though we cleared the plates both times. The second round was the tofu skins and the mixed home style seafood. I thought the former was a bit bland and blah (as did our server when we ordered it), and the main flavor in the latter was the chinese chives, which were good, just a bit one-note.

Adding pics for what @small_h didn’t: 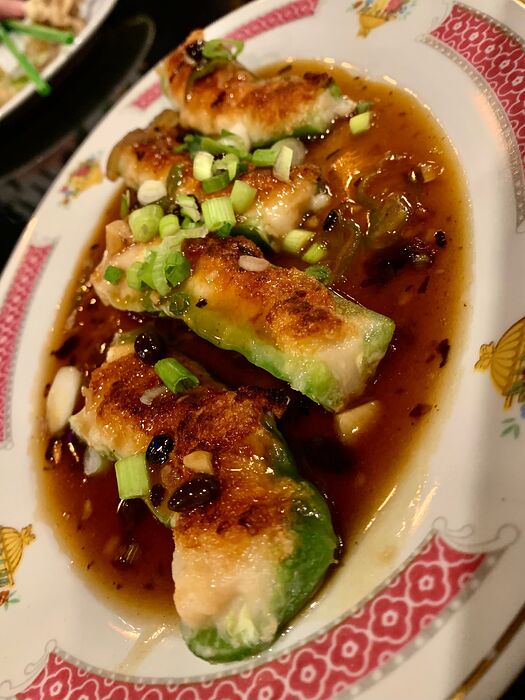 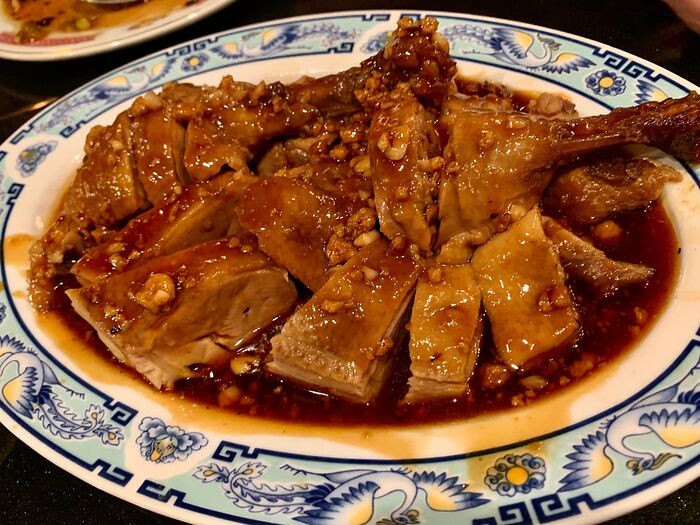 Side view of the buffalo fish 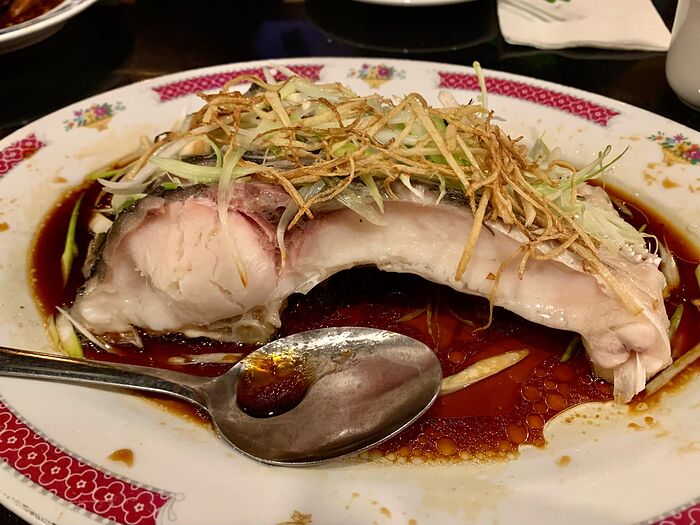 Really sorry I had to miss this!

You and G were missed, as also everyone else — but hope you are better, as also @vinouspleasure, and look forward to the next one!

looks wonderful, sorry to have missed the food, conversation and company. the duck dish looks interesting, what did y’all think of it?

it all looks really tasty in the excellent pictures- sorry I missed it! Had a birthday celebration at Sofreh, more on that great meal when I get the pics.

I thought it was fine, a bit sweet for me, and the duck itself was chewier than I enjoy it.

@DaveCook said that pete wells’ review said it was too sweet, and they probably adjusted down since then, or the braising liquid has mellowed over time (or both).

I think I might have preferred the mushroom braised duck, or - maybe boring but I don’t care - the peking duck, which looked good on other tables (the garlic chicken did too).

Just means we gotta go back and try some more… Though with Noodletown reopening, that will likely happen sooner!

Sorry I missed this. I hope to join you for the next one, if there is one in the next 6 weeks. I only get the weekly digest so I’m hoping that there’s at least 8 days notice. Thanks.