Hi, everyone. I went to a Jazzmobile concert (Houston Person Quintet) at Grant’s Tomb last night, which is in the northern reaches of my old hood (I grew up on 97th and West End). I was hoping to get a shawarma plate at Jerusalem on Broadway just south of 104th St., but they close at 9 o’clock, nowadays! They used to be open late, but pandemic time is different for restaurants. So at 9:13, a friend and I walked down to Flor de Mayo, and I figured it was worth mentioning in case you happen to be in the area that their pollo a la brasa is as tasty as ever. Prices have gone up, but $18 (or maybe it was $18.95) for a half chicken with beans and maduros is not bad, especially when you consider that was for two meals, as I took about half the half home and had it as leftovers today. They have a decent outdoor setup and are open till 10. I remember liking some of their Peruvian dishes, too, but I didn’t try them yesterday, and the friend I was hanging out with got only a drink, as he had had a fish sandwich at Grant’s Tomb.

Out standard order is fried yuca with Arequipena sauce, pollo a brasa with mixed fried rice, lomo saltado with cilantro rice and we share everyrhing. oh, and my wife has one of their infamous nutcrackers!

somewhere, some time, there was an interview with a bunch of chefs who were named to ask their favorite dish in nyc. flor’s lomo was on the list.

Yeah, I’ve enjoyed their lomo saltado in the past.

we took the m86 crosstown from the UES to eat at the amaterdam location tonight: fried yuca with Arequipena sauce, lomo saltado with cilantro rice and bone-in chicken chunks with mixed fried rice. Wonderful comfort food, we stay away from the chinese side of the menu except for the mixed fried rice, which is delicious. 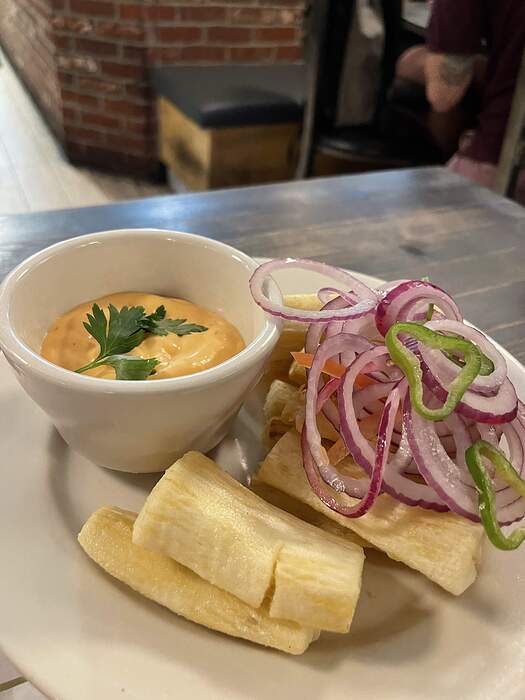 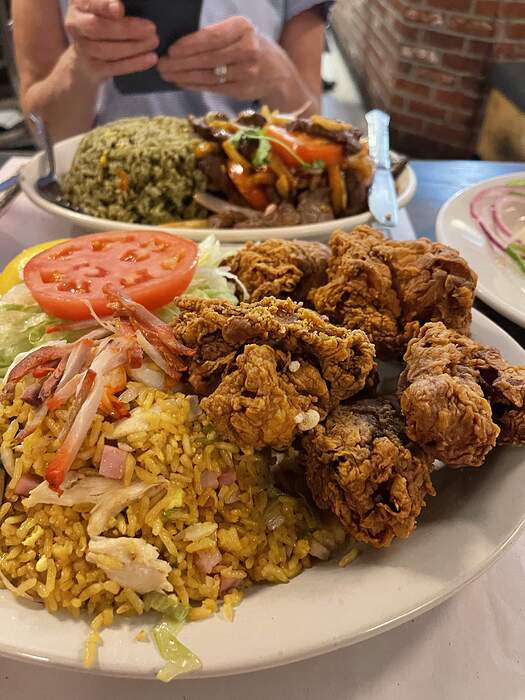 Did you go to Pio Pio much when you lived in the vicinity?

We really like the Arequipena sauce and inevitably end up dipping the onions, peppers and bread into the bowl.

I had a couple of bad experiences at pio pio, probably not the restaurant’s fault, I discovered my stomach, which pretty much tolerates everything, can’t handle their tostones for some reason.

by the way the sweet plantains at flor are also excellent!

I’ve only been once but a friend was obsessed with the place. I think I just focused on the yucca and a maybe bit of chicken, haha.

Not my jam, but I’ll have to remember for when my nephews are here next!

Nice pictures! A typical order for my family when my mother was alive was a whole chicken and a Chinese vegetable like watercress. My memory of their simple Chinese vegetable dishes is that they were rather oily but perfectly OK.

In thinking about it a little more, the cooking is more refined at pio pio, they are probably using a better cut of beef in their lomo and nicer ambience where as flor on broadway is a party, serving straightforward but delicious food, strong drink at a lower price point. So far the columbus flor is a little more laid back, quieter and we like the food a little more. We really haven’t explored flor’s menu outside of the yuca, chicken, lomo, chicken chunks and pork chunks.

thanks pan, I’m not a fan of egg rolls but flor’s does look interesting as do the chinese style ribs.

Was taken there regularly by my salsa-dancing friends; first place I ever tasted lomo saltado. Won’t ever forget it.

Wow, that was my go-to place for (relatively) cheap eats back in the mid-90s when I lived at 98th and West End. Glad to know that it’s still around.

after college when i lived in harlem i would love going to this spot when i was feeling flush and visiting my friends at columbia. my order was a lot less than this, but the yucca and rice and beans etc with the raw onions bring back memories. i was also really happy getting that salty yellow rice and black beans from a bunch of the cheap chinese - yes chinese – hole in the wall places in harlem too. could get nice and full for $2.50. That and the koronet pizza place up on broadway and 110th ish with the seriously jumbo slices. that was also a nice gut buster for a price even lower. glad to hear this spot is still there. I’ll have to check out the lomo next time im up that way.

koronet is still there though I prefer Sal and Carmines when going old school slice and mamas too for something modern.

cool. I don’t think ive tried those have to give em a shot. Agree Koronet’s not the best but it’s good for what it is and it has something on the competition. 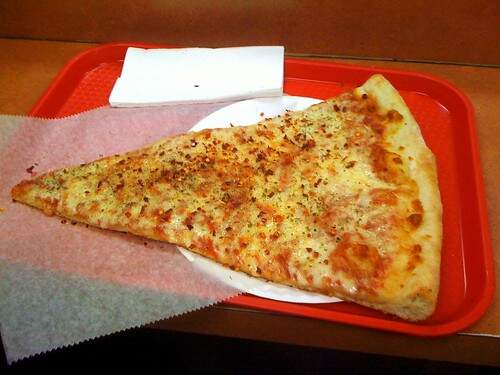 and who could forget 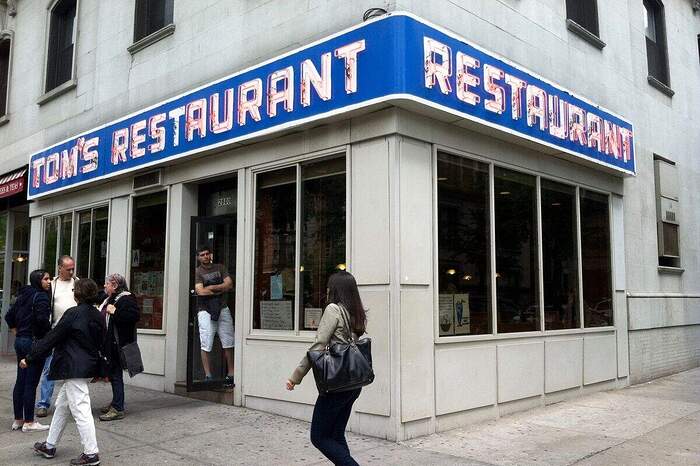 koronet pizza place up on broadway and 110th

I think they need to bottle & sell their chili sauce that goes w/the roasted chicken. It rocks