Hopefully I’m not overlooking another November thread. Please chime in if you know of other new places.

Pollo Club has opened on Moody Street in Waltham. It was mentioned in the October thread, but is recent enough that I thought I’d include it in November. For a variety of reasons, we got takeout from there twice and I must say the food was quite good. We sampled the chicken sandwich, whole bird with four biscuits ($30), deviled eggs, broccoli slaw with goat cheese fritters, hush puppies and mac and cheese. The chicken was crispy and juicy with a nicely seasoned crust and there is a nice selection of sauces to pick from to accompany the whole bird. Biscuits were tender and tasty. Deviled eggs were simple and classic. Broccoli slaw had a nice sesame flavor and the fritters were crispy and creamy. Mac and cheese was classic and had a decent gruyere flavor. Hush puppies were small in size with a fairly coarse corn meal batter, again a simple but flavorful preparation, served with a sweetish honey butter dipping sauce. Oh, and we tried the two vegetarian sandwich options: a halloumi sandwich and a tofu “banh mi”, which was banh mi ingredients on a small-medium sized roll. Both were flavorful and interesting but small enough to need a couple of sides to fill out the meal.

There was a wait of an hour and twenty minutes Saturday night and the place was packed. Despite the crush, takeout was surprisingly quick. I’m not sure if they’re taking phone takeout orders yet (they weren’t earlier in the week) as they slowly ramp up operations, but service (Alex Hage?) was really warm and gracious. It was somewhat loud, which is to be expected with a crowd in a small space, but it felt fun and pleasant. It sure looks as though they are going to do well.

I think it was technically end of last week (so end of October), but the new Ming’s Seafood dim sum restaurant has opened in the North Quincy area. It’s in the old Rite Aid spot, next to the old Big Y (RIP) market space. For now, they have plenty of parking with little competition for parking spaces.

Have not tried this spot yet, but I heard some feedback that they may be struggling with volume a bit so service can be a bit slow. Will try it out once the initial rush dies down a bit.

Roast Beast in Allston closed abruptly. According to an article (https://www.boston.com/food/restaurants/2019/11/04/roast-beast-closed) the fire marshal told them they needed to install a vent for the griddles. It seems like there is more the the story. I don’t blame the owner for being frustrated though. He has been trying to make something work in this spot for a long time and Roast Beast was pretty good. His first venture was a head shop that was just slightly ahead of its time and shut down because of issues with the city.

Dig Inn, which is taking over the J Press location in Harvard Square looks to open this month. They finished the build out a few weeks ago.

It seems like Red Lantern might not be long for this world as they are proposing a new hotel on that site in the Back Bay. Red Lantern’s building would be razed and it’s unclear if they would reopen or perhaps put something new in once the hotel is built.

Not surprising but Country Mile in Watertown will close on Saturday

Ah, that sucks. I really wanted them to make it work.

But I walked by the old Post Road Tavern space in Waltham (Main street across from town square) and there is a new sign up - One Zo, handcrafted Pearl. A quick internet search suggests that Waltham will be getting a another bubble tea place! (Wish I liked bubble tea)

cool, this is the Taiwanese place that makes their boba in-house. Would try.

Come to Quincy. When the One-zo first opened there, the line was out the door for the first week or so (partly because of lack of efficiency in their set up), but now it’s not busy at all. Their different flavored boba is good, but not all flavors are available every day, and everything here is an add-on, so you can easily wind up with a drink that is like $6-8, which is crazy, IMO.

Tatte is opening a cafe on Harvard (adjacent to Coolidge Corner) this month (November) and is opening a 30,000 sf production facility test kitchen, office and cafe in South Boston in January 2020 - where the founder Tzurit Or will be making all of her goodies and cooking lessons, or so I heard, will be included. I love that place

Welcome HungryAllTheTime. I like Tatte however it has definitely settled in a few notches below it’s initial promise. I don’t know the details as well as you seem to. However I think the founder sold controlling interest to Panera, but has now has control again? I know there was a lot of talk about Tatte operating independently from Panera, but I saw definite changes for the worse during that time. They still have food that I like, however portions are a bit smaller, prices a bit higher and service a bit more inconsistent than in the pre-Panera days. I’m sure the rapid expansion is challenging as well.

The Harvard Square location (converted from a Panera) is always packed. I do stop in for their chocolate roses, sticky buns and bags of stumptown coffee. I’m a big icea tea drinker and i have gotten a few bitter batches from Tatte. if the line isn’t out the door. It’s definitely better than a Panera, but I ciould still use a bit more character and funk with less fast casual corporate food culture. It’s far from the most offensive or worthless place tat has moved into HSQ.

You are right. I’ve read about Panera buying a large portion of her company. I personally have seen no change, or a least none that would concern me. I like the character. She is still cooking/baking even though they may call the shots. Her cappucino is still the best in Boston hands down IMO and her Avocado Tartine (or BLAT, or Sabich) are my go-to meals. Once in a while I’ll have the pistachio croissant. I’ve been to the one at Harvard Square. The one on Beacon in Brookline is too small, so I am hoping the one on Harvard (which is on the way to work) is like the one in Harvard Square - nice and large.

I like Tatte (and don’t think quality has suffered over the last years) but was never too fond of their cappuccino (and other coffees) - places like Intelligentsia or Blue Bottle (especially the quiter shops) have much better baristas who actually know what they are doing, e.g. temperature etc.

Haven’t tried either, but planning a coffee hop Saturday (I’ll try both) and get back to you.

For BB take the one at Kendall Square

Anyway, just read on the Patch that Waltham will be getting new restaurant on Moody’s street (though up in the 500 block which is just south of the main drag portion). It will be an outpost of Penang restaurant in Chinatown. Has anyone been to Penang? I haven’t but I’m excited about the idea - Malaysian, Thai, Chinese with a liquor license (apparently just granted). 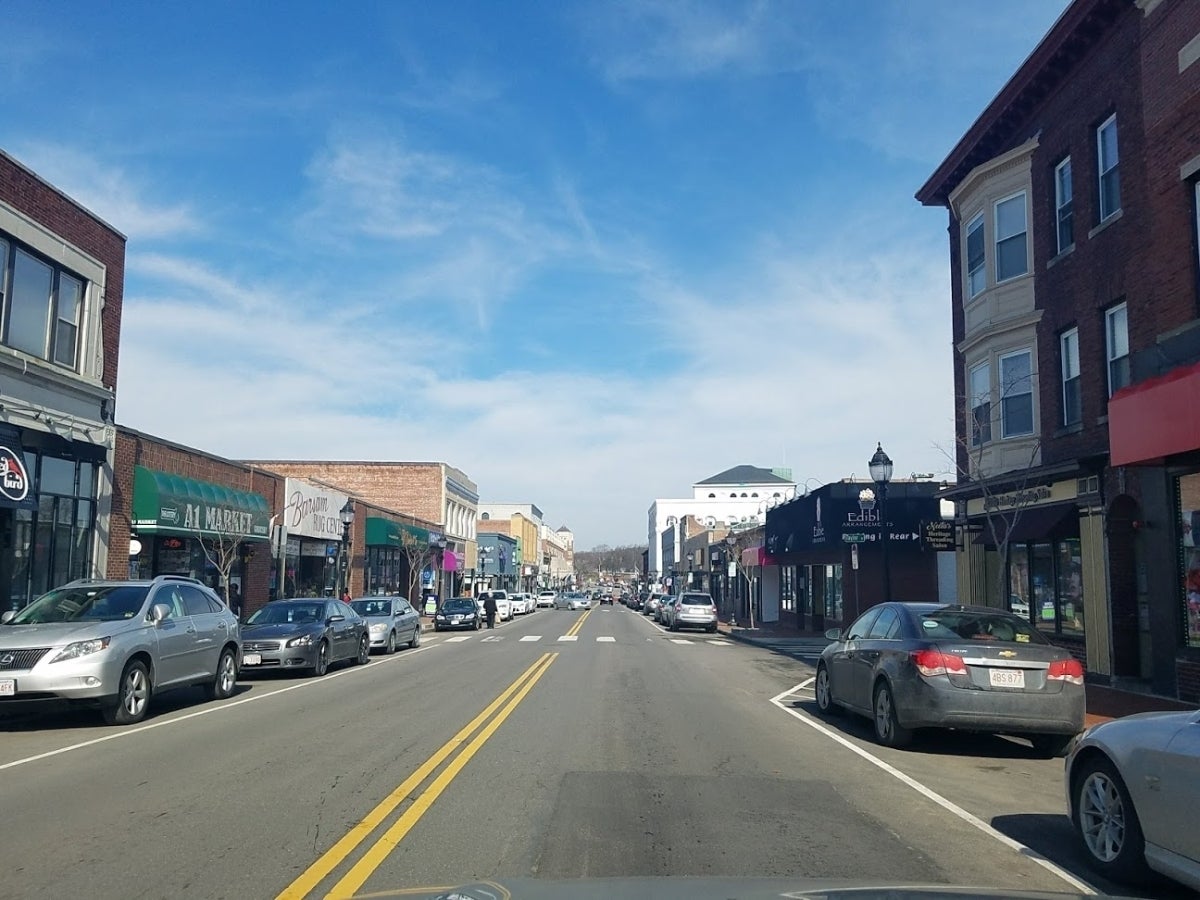 Penang, which has a Boston Chinatown location, is planning to open on Moody Street in the old Tiki House Chinese restaurant space.

Has anyone been to Penang?

I haven’t been to Penang in years, but it used to be our go-to before seeing a show in the Theatre District. I’m interested in trying the Waltham location when it opens.

We hit Pengang up every once in a blue moon, and there are few dishes that are done really well. My family’s overall impression though is that it’s quality isn’t as good as when it first opened up. Some dishes were just lackluster in flavor, but given our complete dearth of Malaysian foods we still go there when we’re craving our favorites. I hope they consider refreshing and reinvigorating their menu.

My family’s overall impression though is that it’s quality isn’t as good as when it first opened up. Some dishes were just lackluster in flavor, but given our complete dearth of Malaysian foods we still go there when we’re craving our favorites.

Also a big fan of Penang when the Chinatown location first opened. In full disclosure, theirs is probably the only Malaysian food I have had so my palate hasn’t had the opportunity to distinguish good from not so much.

I’ll be interested to see how Penang does in the Waltham location because I’m far more likely to get there nowadays. And of course in what other folks may have to report.

Waltham is ripe with “soon to open” news -

Apparently Waltham will be getting yet another bubble tea place (I think that makes 3 bubble tea places - 1 open, 2 soon to come). This one (RoyalTea) will be next to the Bonchon on Moody Street. I’d be excited if I liked bubble tea . . . but I love all the new opening action. Makes Waltham seem hot and trendy 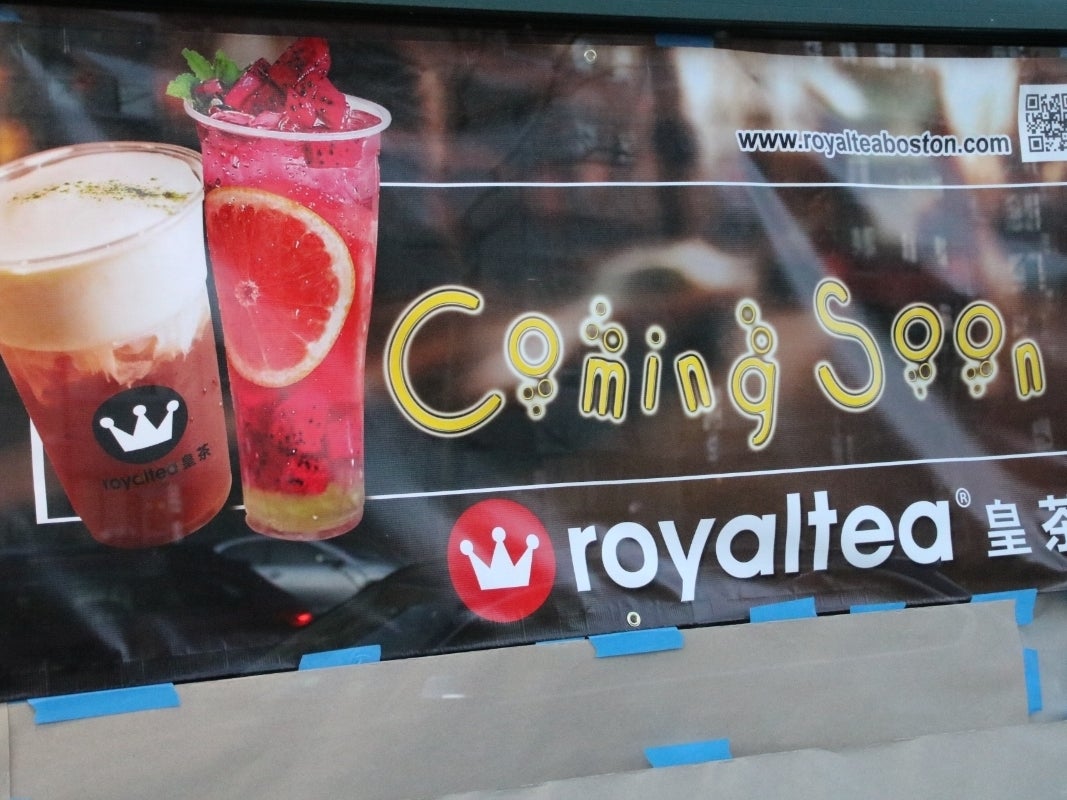 Another Bubble Tea Shop To Open On Moody Street

Ever want to try cheese tea? This is your spot, the owner tells Patch.