Lots of people on the SFBA board are from the northeastern US (several from NY, also some from reasonably close regions of Canada). At HO get togethers and Chowdowns, it often seems like half the table!

When we deviate from discussions of local chowder, bagels, or egg rolls let’s use this thread for kibitzing.

Are you a Newfie?

I’ve seen you post about Montreal food before, but I didn’t realize you had Canadian roots! (I was making an unsuccessful joke about us both being from New York)

I grew up in Massena, NY, about 10 miles from where the the NY/QC/ON borders intersect. I would usually fly into and/or out of YUL when I visited my mother while she was still alive, and spend a few days in Montreal.

Long Island, where the streets are paved with red sauce. We used to go to Hunan Palace in Huntington.

I recall you mentioning that before, now. Italian was also the only ethnic food we had, and probably the only reason for eating out at all. I spent the summer of 1959 in Suffolk County (Riverhead) and can see the comparison to Newfoundland, though.

Coincidence–a bunch of us had lunch at China Village in Albany yesterday, and two of us grew up close to each other on Long Island, Syosset and Cold Spring Harbor. The Cold Spring guy in fact said he had to drive to Huntington to get Chinese food, so it was probably Hunan Palace.

A lot has changed in Riverhead. Now it is populated mostly with outlet malls, big box stores and chain restaurants. Unless that is what Newfoundland is like. Though I doubt it.

Actually I stayed in Aquebogue, but I figure that unless you’re from Riverhead you’ve never heard of Aquebogue. All I remember, really, was the pervasive smell of duck shit.

Speaking of duck, a favorite from my youth in Mass. was pressed duck with brown gravy. I had some once in San Rafael that was mostly Taro Paste (I think) covered in neon-red “sauce” like on old fashioned sweet and sour pork. Seems Trader Vic’s made it once, but I’ve never seen it. Any sightings?

China Village has a beer-braised duck with hand-pulled noodles that sounds like that. It’s in a very rich brown sauce, with a little heat. Not pressed, though, just chunks of bone-in duck.

One thing I miss is the greater variety of fish you could find in the NE, like mackerel, bluefish, little things called porgies. But I haven’t lived there for 38 years, so I don’t know whether the waters have been fished out by now.

I did have a nice grilled bluefish filet at Legal Seafood about ten years ago. The branch I ate at in Huntington, NY, seems to have been closed, and the menus aren’t nearly as varied as they were back then.

Anyone in the Bay Area Still Making Mandarin Pressed Duck?

Sweet-and-sour pressed almond duck (sometimes called Mandarin pressed duck) has gone out of fashion in Chinese restaurants, but some hounds still remember it fondly. Hughlipton asks if anyone knows where to find it, now that Yet Wah in the Outer...

This led me to order it from Golden Peacock in Oakland Chinatown. It is the type with sweet and sour sauce, and peanuts instead of almonds. It wasn’t my favorite, but it was well fried. You could try requesting it with brown gravy, if that is your wish. Golden Peacock seems to have several “old-school” West Coast Cantonese-American dishes that have disappeared from most menus like the Duck Yee Fu Wonton Soup, which I did enjoy. 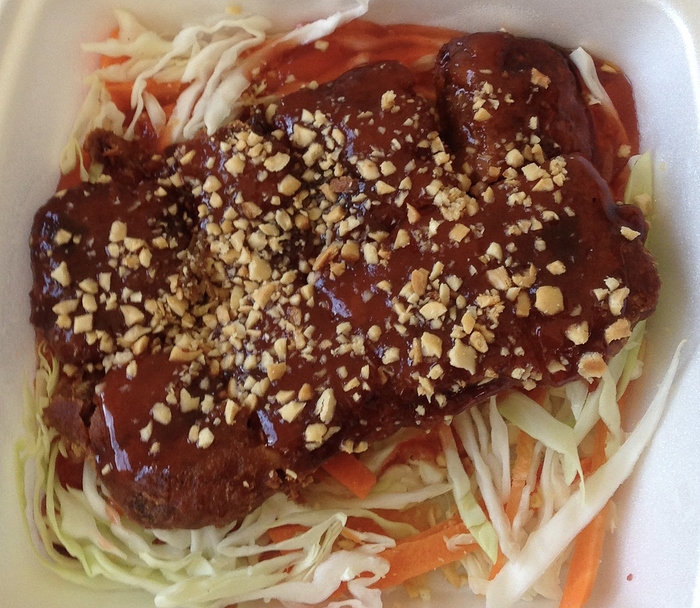 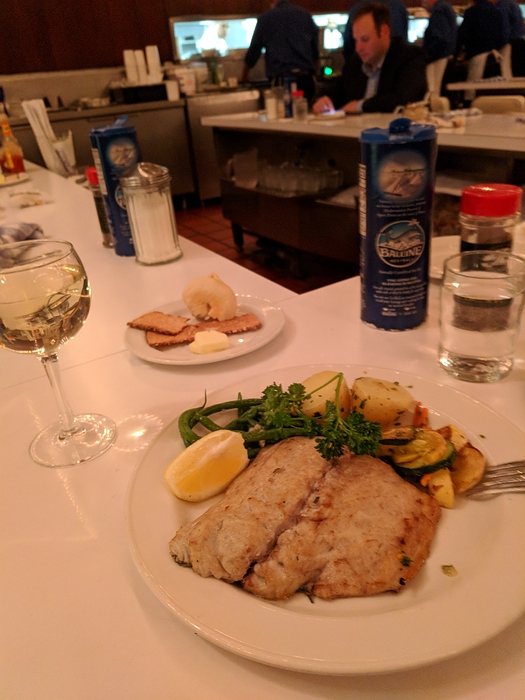 Bluefish may be my number 1 item, enjoyed this prep at The Oyster Bar at Grand Central Station this past November. Legal Seafood stopped making one of my favorite app’s, Smoked Bluefish Pate.

That looks perfect. Coincidentally, someone on another forum also posted about the pate. In Boston, NoName does seem to have bluefish, and surprisingly, they now take reservations–no more waiting out on the Fish Pier for an hour.

Oh to go back in time and have lunch at Christiano’s once again.

Not fished out, but there are strict limits on many fish species. I guess that’s a good thing/

Aquebogue hasn’t changed that much, although there is only one duck farm now. Not smelly at all! Modern Diner still going strong too, with lots of duck on the menu.

Yes! I’m sad to see that they closed down around 2014. Google Streetview shows a Cantonese place there now.

Actually before that it was part of the Singh empire, well that didn’t last long! Singh walked away because he was on the verge of getting arrested, the tip of the iceberg ;-). At least we have our memories! 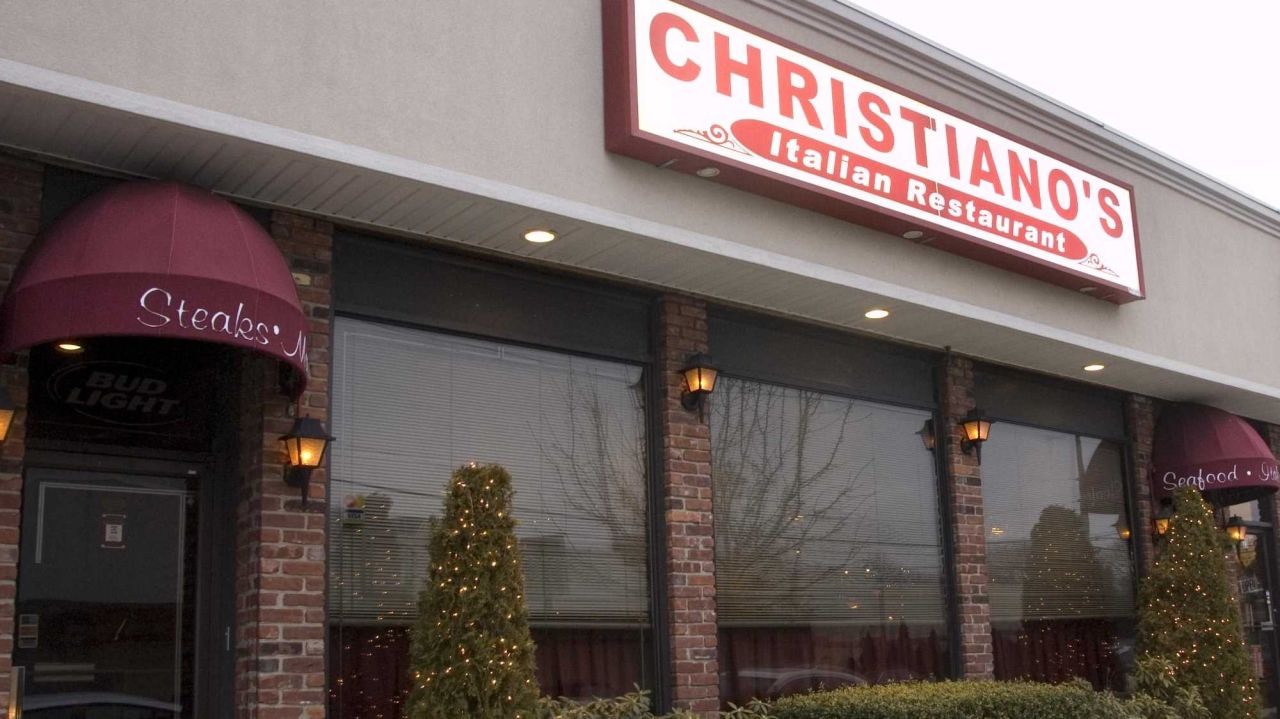 It may be a long while before a restaurant once again occupies the former Syosset digs of Christiano’s, debated to have been the inspiration for the Billy Joel song “Scenes from an Italian Restaurant.