We updated our meal plan yesterday and I went shopping this morning. The new list is started - there is always a new list.

I raise this for discussion, not for a winner. My wife and I have different perspectives so I can see both sides.

Examples: For me, tacos can be ground (minced) or shredded beef, shredded chicken, shredded fish. My wife is happy with ground turkey which I think is an abomination. sigh

Sorry, an Impossible Burger is not a burger. No way, no how.

Why is a shredded chicken taco or burrito okay for me but not ground? Beats me.

By no means am I suggesting we all revert to 1950s cookbooks. I think it would be interesting to talk about the evolution of ingredients, especially primary ingredients, in dishes we grew up with.

Shredded fish for tacos?
You East Coasters are wacky. 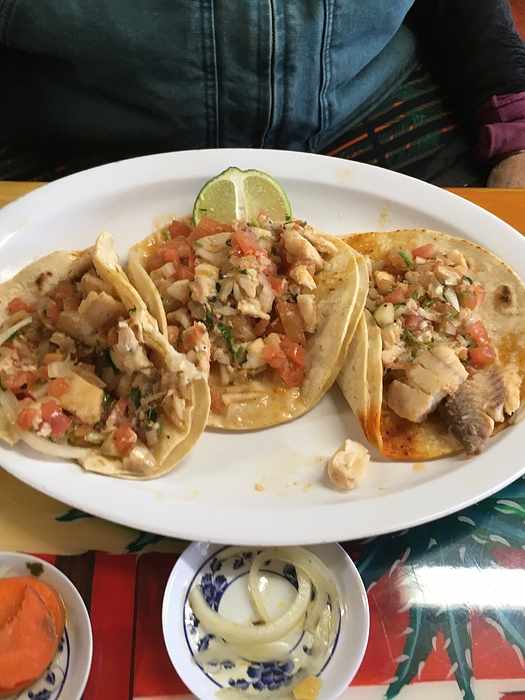 This is a proper fish taco. Or three.

By no means am I suggesting we all revert to 1950s cookbooks.

I was born in 1950, so spent the first few years of my life while food was still rationed after WW2. A roast chicken was a festive treat - something that might be prepared for Easter. Mum had learned her “housewife” cooking skills during that period. This is not a recommendation of those skills, such as they were. But I do still have her Good Housekeeping cookbook although I don’t think we;'ve ever cooked from it. The food just doesnt appeal.

As for married life, that’s been a good period foodwise. The early 1970s were when Britons really first started to holiday in other countries so the urge to cook what had been eaten abroad grew quickly. It was also the time of the first significant numbers of immigrants - from Hong Kong and South Asia. So, I’ve come through food adulthood during the time of “Modern British” food, steered by celebrity home cooks such as Delia Smith and chefs such as Gary Rhodes. So, Modern British is my starting point for how I cook. We’ve subscribed to Good Food magazine since its first edition in 1989 and, until fairly recently, found it a good source of new recipes to try. But, of late, evolutions of the food havent found favour with us. That’s partly, evolution of ingredients so the food becomes more fusiony and, there’s been a new wave of foreign dishes - quite often American based - which I suspect are designed to appeal to a younger generation. So old stick in the muds like me will just have to forego our Lancashire Hotpot tacos.

By no means am I suggesting we all revert to 1950s cookbooks.

Ground beef, not ground turkey or ground chicken and certainly not Impossible Burger.

For me, tacos can be ground (minced) or shredded beef, shredded chicken, shredded fish. My wife is happy with ground turkey which I think is an abomination. sigh

Sorry, an Impossible Burger is not a burger. No way, no how.

Why is a shredded chicken taco or burrito okay for me but not ground? Beats me.

For me, a small tortilla filled with just about anything can be called a taco; the question is whether or not it’s a taco I want to eat! If it is filled with ground turkey, the answer is a resounding no - but that’s because I think ground turkey is awful in anything. Ground chicken wouldn’t bother me (as long as it was ground thigh meat) - I don’t consider it a substitute for beef but it can be good in its own right.

“Impossible meat” is not meat and after having tasted it (and having read its ingredient list, oy), I would never consider making it a regular part of my diet no matter what the recipe. 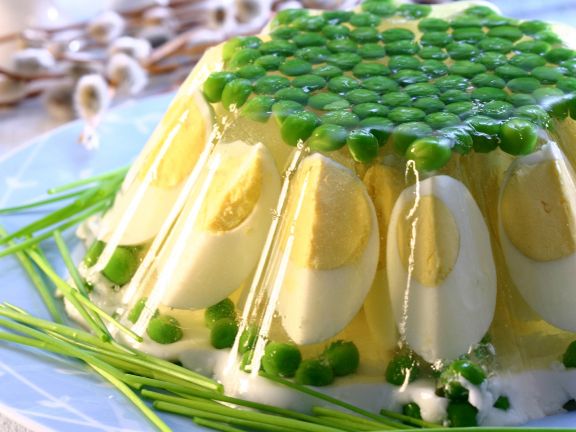 Nothing. My personal favorite is the 1951 4th edition of Joy of Cooking. I like the foundational techniques that start each chapter and the ability to get through the whole thing without feeling that I need to spend $2,000 on appliances. I think even more recent editions of Mastering the Art of French Cooking have the same focus on fundamentals.

However they do miss some ingredients less commonly available until the last couple of decades that make cooking and eating more interesting. That was what I was referring to.

Still just because you can do something doesn’t mean you should. Warning: the following is a politico/religious rant. grin I don’t think poultry stands up well to grinding. It tastes funny. Further I think that both Impossible and Beyond, both of whom have vision statements that express desire to save the planet, may consider killing off people as contributing to that end. Okay - I feel better now.

I’m really happy to have better access to international foods than I did growing up, or even thirty years ago.

Tradition is a fungible word. As I’ve noted before, tomatoes weren’t introduced to Italy until the 1600s so on some time scale nothing with tomatoes is traditionally Italian. Sam Panopoulos for some reason thought it was a good idea to put pineapple on a pizza in 1962; he was wrong of course. Definitely non-traditional. Mr. Panopoulos though Greek-born was Canadian so it is possible that putting Canadian bacon on pizza is his fault also. Sometime in the 1920s someone made the first crab cake; definitely plowing new ground at the time.

So given an assumption on my part that there have been many failures in which innovations, no matter how creative, did not survive the test of time, what permutations of classics will endure (perhaps Thomas Keller’s confit byaldi) and which will be relegated to the ignominy of history’s dust heap (hopefully ground turkey burgers).

Now I’m going to consider making a tomato aspic (invented in the United States in the mid-1800s, the popularity of which peaked in the 1950s, last on my plate sometime in the early 1970s) this weekend. It appears we have everything I need in the pantry. I’m afraid I don’t have any of the cool forms I remember from childhood so I’ll have to use a Bundt pan.

Now GET OFF MY LAWN. grin

I hope it’s sitting in mayo. With maybe a kiss of mustard or curry.

Before Julia, they taught me everything I know 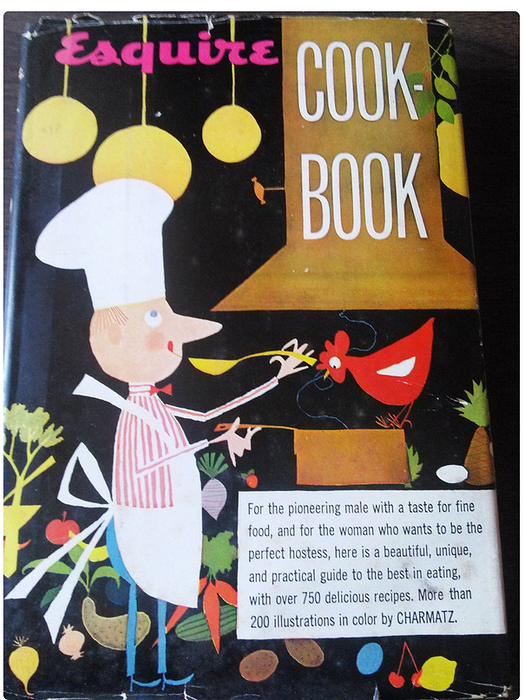 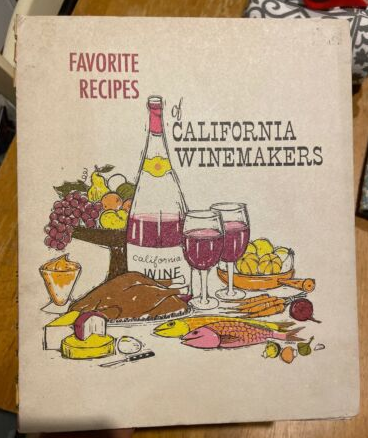 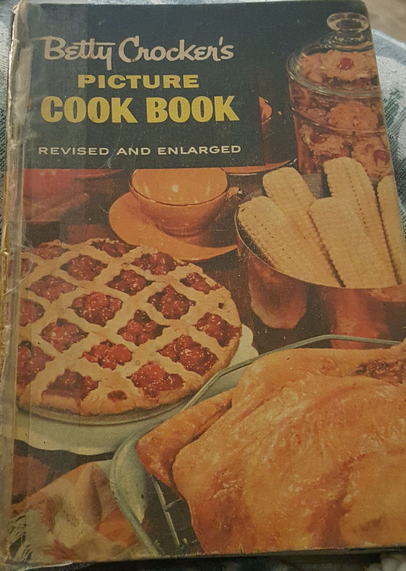 @NotDoobieWah please forgive my warped sense of humor - I get an immediate vision of someone sorting cooked, peeled, and quartered eggs saying “hmm, this is an outside egg, that’s an inside egg, …”

last on my plate sometime in the early 1970s)

Random but this reminds me of that viral video of duck eating peas, so it makes me think of duck food.

I can go for just about anything as a taco filling. Not spaghetti as was faddish a few years ago, because of a TV character geared to pre-adolescents. Can’t remember the name of show or character, Carly, maybe? Love ground beef, ground chicken and turkey too. Steak, fish, and fajitas, hard or soft shells, corn or flour even. When using ground turkey, I’ll often use some beef base, for the umami and more beefy flavor it provides. Pretty flexible with burritos also. Much more picky with enchiladas and Chile Rellenos however.