I feel another trip coming up…

Pete and I agree on this one… 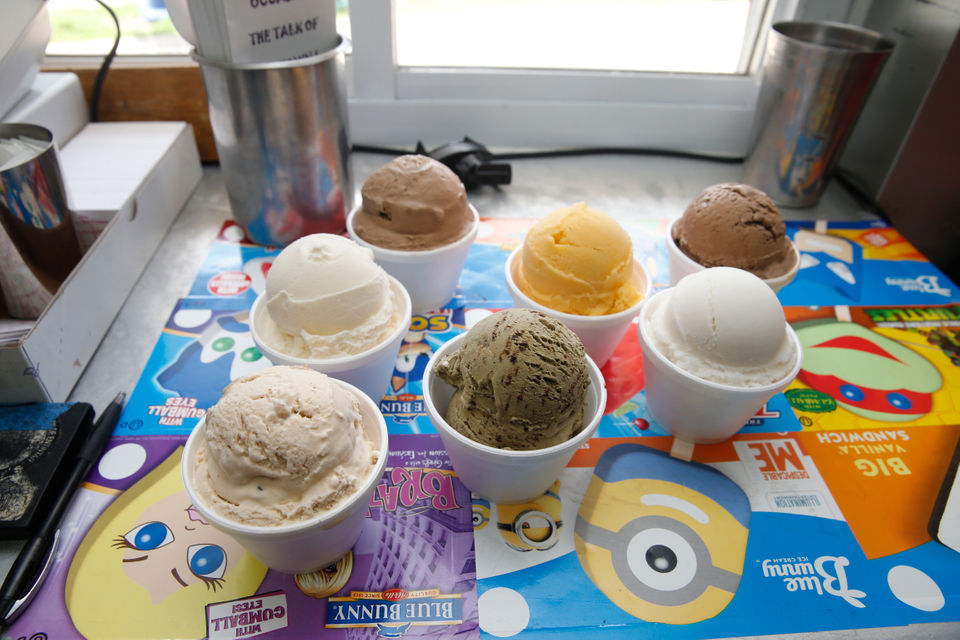 These are the bet ice cream shops/stands in each of N.J.'s 21 counties 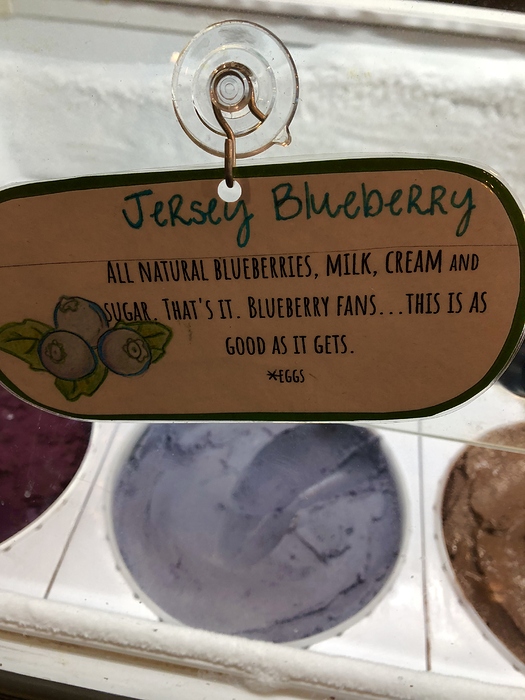 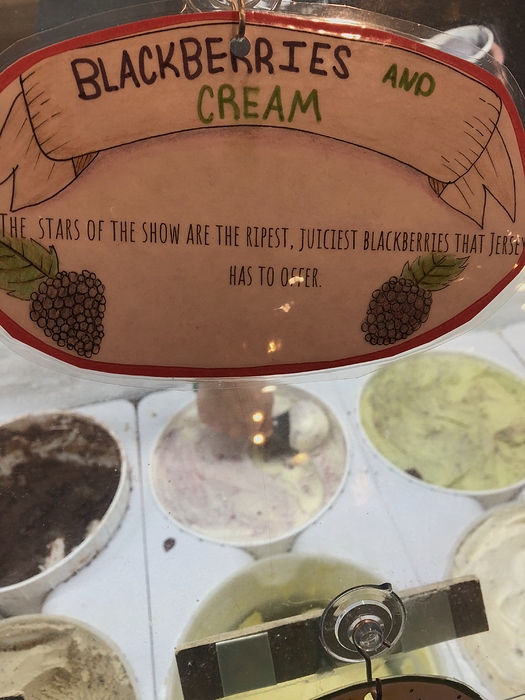 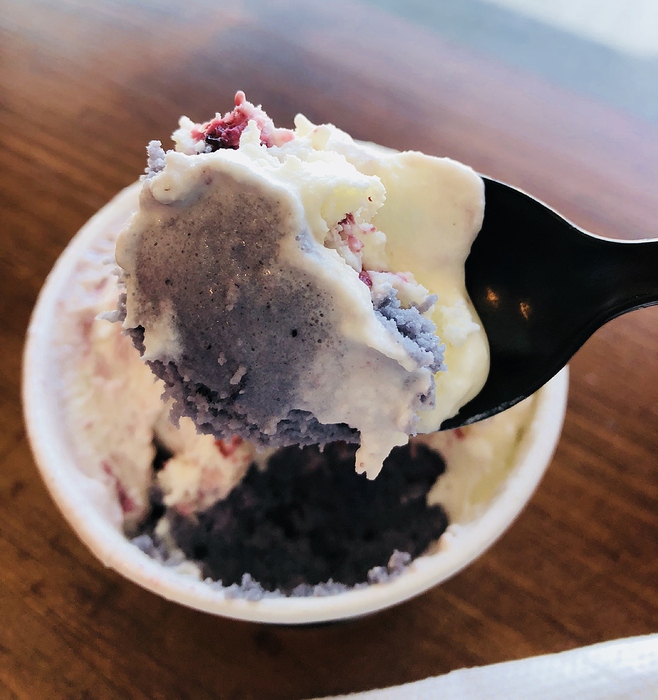 What flavors do you plan to have for dinner?

NONE… there was NO chance of bringing any home. It’s soft from the freezer–had to eat it there!
But for the record, if I were back there for dinner, now I’d have the Hudson Trail (peanut butter) and Booskerdoo coffee crunch.

The coffee is one of my favorites. Have yet to try the blackberry and cream but will probably walk over after dinner tonight.

I can’t believe you can walk there. I’m grateful I live far enough away that I don’t just run over 3-7x/week!

The blackberry/cream was my favorite of the two; not that the blueberry was bad, but I haven’t had any fresh ones that have wowed me yet this summer, and those blackberries REALLY popped!

Yeah very dangerous. Have to control myself!!

Finally made it here (tried it once at a Christmas party in December). This stuff is deadly good.

Hudson Trail (peanut butter) was creamy beyond belief and the cotton candy was legit like cotton candy. I rarely say this, but it does taste organic. There is a clean ultra creamy texture you don’t normally get. 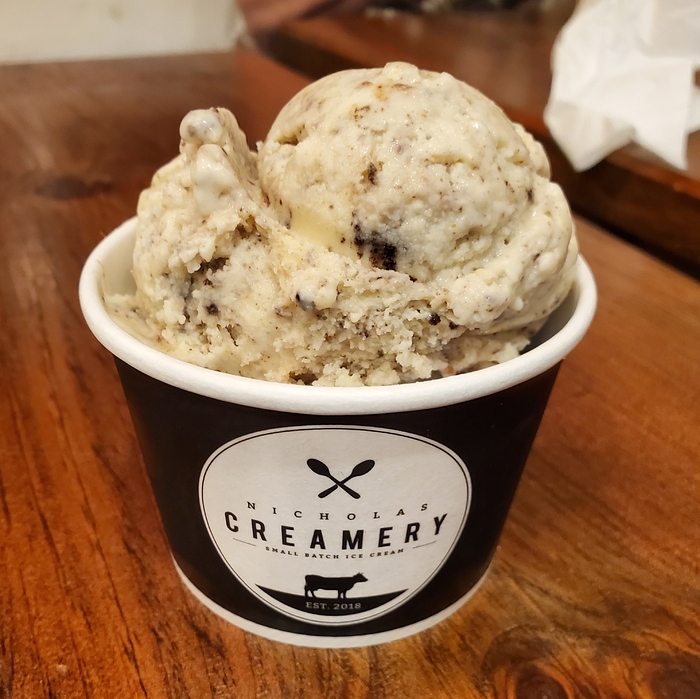 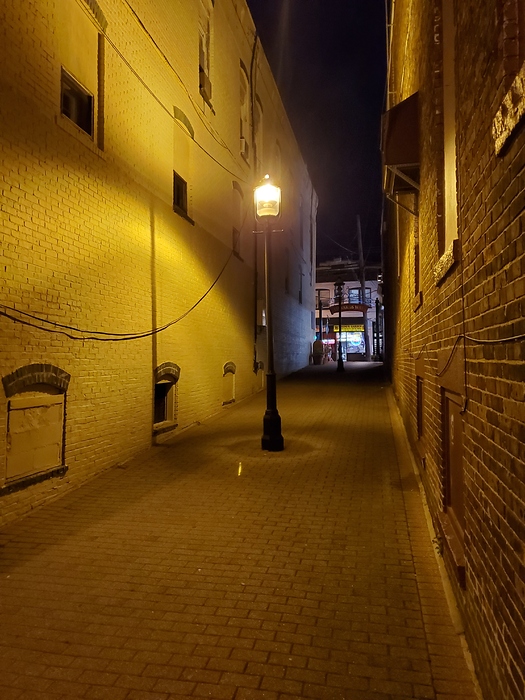 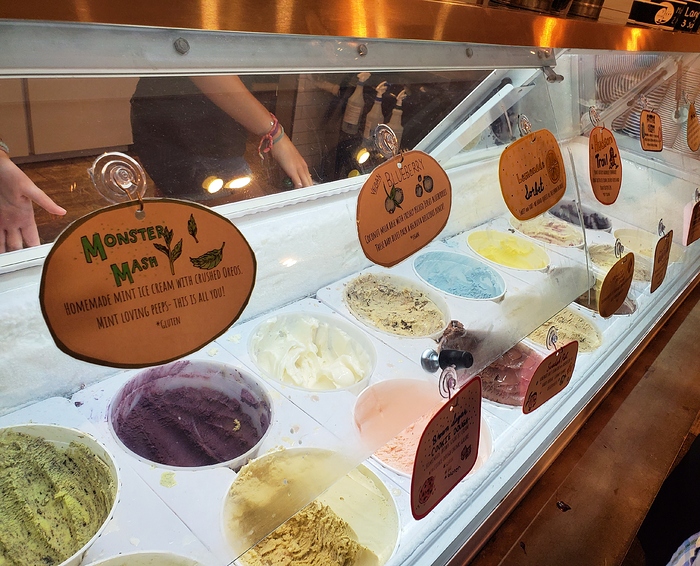 Is everyone’s experience with the Fair Haven location, or have some been to Highlands?

I’ve only been to Fair Haven… pretty sure Greg was in Atlantic Highlands .

FWIW I have only been to Fair Haven, but the family has been to both and they say the Fair Haven is the better of the two.

(@ebchower I should have responded to you directly, sorry)

Here is my formal review. They are really on top of their social media. They already read it and thanked me (“from the bottom of our ice cream hearts”). They’ll be sharing it on Facebook in a few days and have already given a shout-out on Instagram. More businesses should be as active and engaged. 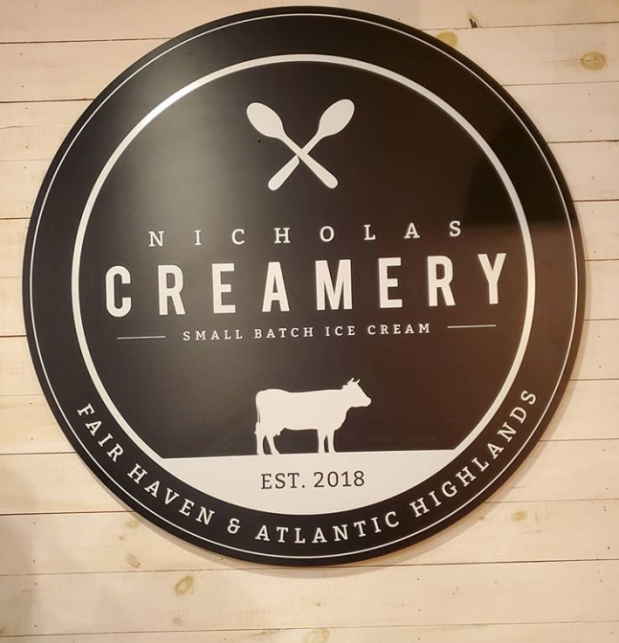 There has not been a food-related business in recent memory to generate such buzz and excitement in the Jersey Bayshore area. I was first made aware of Nicholas Creamery in December, when a friend brought pints of Chocolate Bailey’s and Egg Nog ice cream to a Christmas party we were having. I thought they were excellent, but did not want to post a review based solely on that. Last night, however, I was finally able to visit their Atlantic Highlands location, so now it is time for a review.

The place was hopping at about 9 PM. There are only three or four tables, but none were occupied. It seemed people favored grabbing their ice cream and eating it outside despite the blistering heat experienced this past weekend. To say there were consistently 20-30 people on line at all times while we were in there might be a low estimate. In any event, it gave us time to ponder the variety of one-of-a-kind flavors available for purchase. I have followed Nicholas Creamery on Instagram for quite sometime. They have done something unique with their product in the sense that they incorporate local restaurants into what they are churning. They did a strawberry-based ice cream using jam from My Kitchen Witch in Monmouth Beach a few weeks ago. A current coffee flavor boasts Booskerdoo, which has several locations ranging from Asbury Park to Holmdel. There is honey-lavender, using products from Sickles Market in Little Silver. Perhaps the most buzz was drawn with lemon-Ricotta, using cheese made at Porta in Asbury. These are just a few of your choices. All ice cream is handmade, small-batch, and organic. 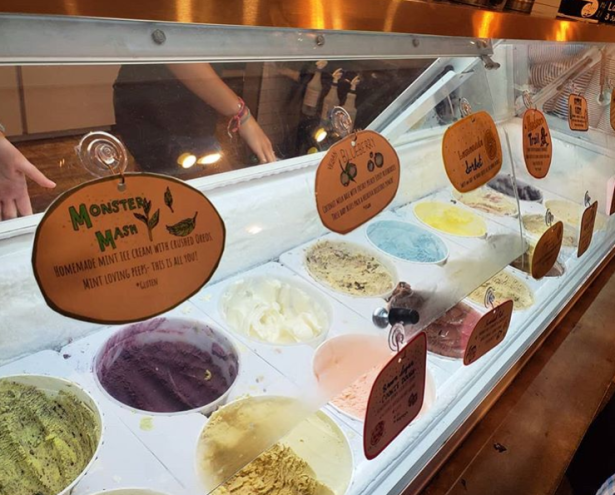 Following a dinner filled with spicy Thai food (a lethal Pad Prik Khing in particular) at Kunya Siam across the street, it seemed like the perfect opportunity to try Nicholas Creamery. My mouth needed cooling after all. Both my mom and Justin made up their minds rather quickly: she went with homemade chocolate brownie and Valhrona chocolate while he chose blackberries and cream and Hudson Trail, which is peanut butter-based and contains all kinds of bits of goodness throughout. I tried the Hudson Trail as well, and a scoop of cotton candy to go with it (I was torn between that and Swedish Fish). They both had hot fudge on theirs, which was real fudge and made me wish I had some on mine. 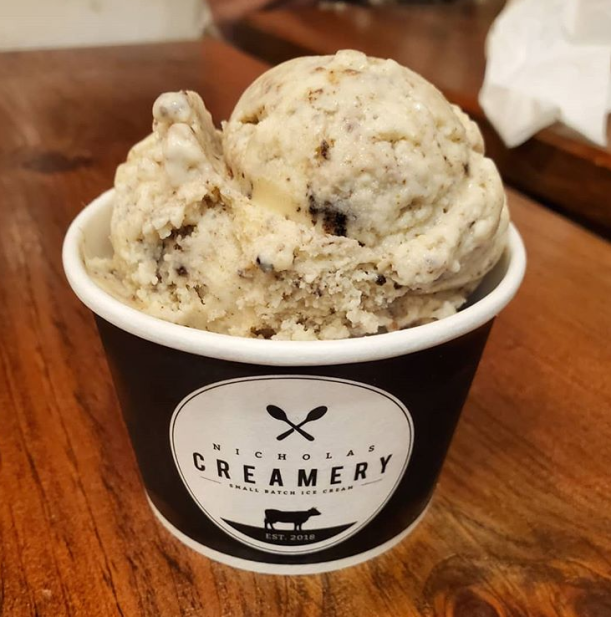 Much like the two we had in December, these were all delicious and there were no complaints from anyone. There is a much different mouth-feel and temperature with ice creams from Nicholas compared to what you would expect. It is softer, lighter, does not shock the palate, and actually tastes organic . I’m not sure I have ever said that—there is a distinct, noticeable difference which sets this apart from other ice cream. The brownie chunks in my mom’s order were ample and the chocolate flavor itself was rich and velvety. Justin’s blackberries and cream was gone so fast I did not even get a chance to try it. The cotton candy was surprisingly satisfying (and like the egg nog version, actually tasted like the real thing!). As they say in their description, it is nice to be able to enjoy such flavor without the sticky mess that comes with it. There was a pleasing aftertaste and an overall refreshing sensation with each spoonful. Meanwhile, the Hudson Trail blend was a masterpiece of ice cream-making: perfect ratio of contents to the whole, the right size and consistency, and the right amount of peanut butter to melt in your mouth.

Normally, even an outstanding experience with such a limited sampling at a dessert place or coffee shop would only garner a 3 or 3.5. However, I am inclined to do something I rarely ever do, which is go with a 4 out of 5 stars . Due to the freshness, variety, uniqueness, cross-promotion of other businesses, and an unmatched organic quality, Nicholas Creamery is deserving of it and all of the accolades they have received. There is a reason why their popularity has exploded. The prices are also more than fair (our mediums were $4.25 and toppings are only 50 cents each). There are an innumerable amount of Jersey Shore eateries that do not live up to the hype. Nicholas is not one of them. Give it a try if you have not already. Make sure to follow them on social media for the latest in their flavor rotation, which they change quite a bit.

Excellent review, Greg! As you know, we agree on this one wholeheartedly, right down to the pricing being fair. The first time I went, I really thought I was going to be gouged, and was SO pleased to see that’s not the case. Now doesn’t that 6-scoop ‘flight’ REALLY read as a bargain at $8.50??

I’m also laughing that you finally went because you’d eaten such hot food. As I’ve mentioned many times, I don’t have a big sweet tooth, but every time I hit the Szechuan or Thai food too hot, I want dessert for that reason.

I had no idea what the prices were. I was treating them tonight and knew it was cash only. I took out $40 at an ATM before I got there because the name association led me to believe it was going to be astronomical. I was wrong. All pricing was fair (toppings for 50 cents is even on the cheap side). Forgot to mention waffle cones baked in-house and smelling delicious. The flight price was outstanding. If I wasn’t so stuffed, I would have tried it.

Spicy food makes me crave two things: ice cream, and for some strange reason, Sambuca by the time I get home.

HA! But Sambuca is also super sweet, so I guess that makes sense.

ETA that the friend who went to Fair Haven with me was shocked it was only $4.50/cup.

They also have a deal right now where if you show them you follow their Insta, they give you a free topping.