On a tip from NY Eater, I ventured into Ines Bakery in Sunset Park, Brooklyn. I never would have found it on my own, because it looks like a bakery, with their showcases filled with cakes, pastries, etc… They do food too and I had the Tacos de Tinga, 3 tacos of shredded chicken in a very tasty chipotle sauce. I can’t remember ever having better tacos and these cost just $6 for the three of them.

Spill the beans. Have any hidden gems?

Mod: put NYC in title to differentiate cheap eats thread from other cities.

I will play. Great topic. Hopefully, more people will join and share.

I don’t even live in New York and have only been there like 2-3 times.

Anyway, I like Tianjin Dumpling House (天津風味) in Flushing Chinatown, New York. It is in the basement of Golden Mall (correct me if I am wrong people). It is not a looker. In fact, it may scare some people, but it has a collection of really inexpensive and good quality stalls. 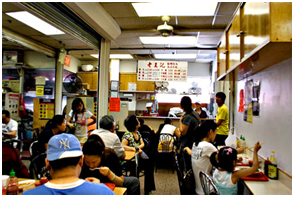 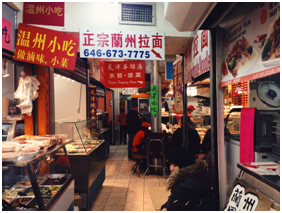 I had the dumplings at Tianjin Dumpling House. Great stuffs. I then did a take-out on some street foods (maybe pig ear, beef tendon and something?). They tasted good as well. 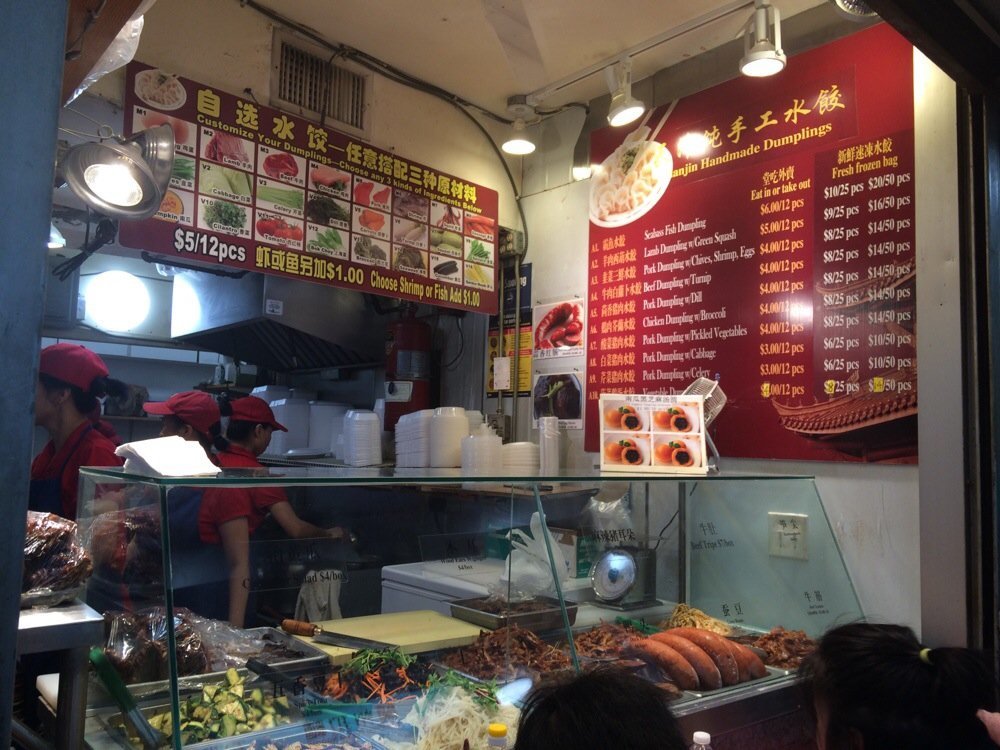 This Tianjin Dumpling House also appeared to be mentioned in NY Eater as well:

10 Tianjin Dumpling House
Tianjin Dumpling house is another Flushing must-try located
in the confined basement of Golden Shopping Mall. Ms. You, the owner and
operator of Tianjin Dumpling House, also runs another popular Chinatown
spot for dumplings - Dumpling Galaxy. The two couldn’t appear any
different, but the dumplings Ms. You continues to serve are as good as
ever. Notable favorites include lamb with squash, pork & chive, and
duck with mushroom. [Photo Credit] 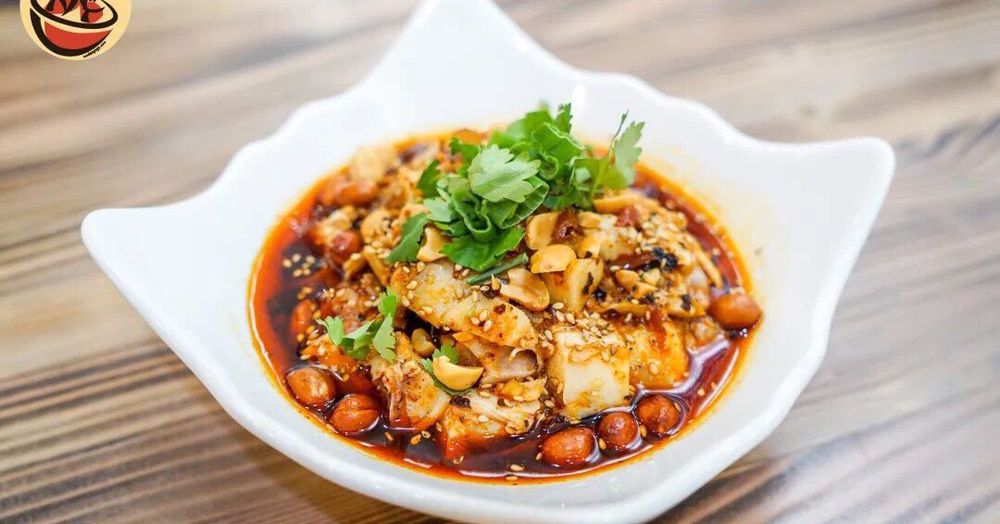 Where to Eat in Flushing’s Chinatown

From warming hot pot to hip new skewer spots, here’s where to eat in the thriving Queens Chinatown

Man. The article is so right. These two stores operated by Ms. You are like night and day. This is just crazy.

This is Dumpling Galaxy: 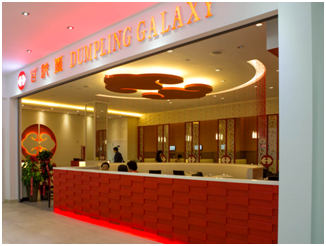 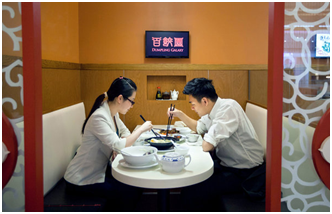 and this is Tianjin Dumpling House: 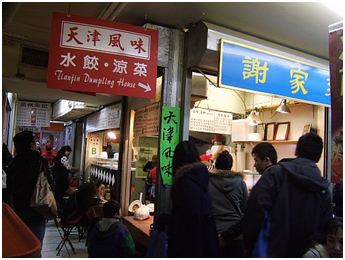 The killer thing is? It seem the Tianjin Dumpling House has slightly better review.

I just visit on occasion but my favorite is Veselka in the East Village. I can easily make a meal of their borscht or pierogi for under $10. Plus this style of food is not that readily available where I live.

favorite is Veselka in the East Village

I grew up on Vselka we frequented a small revival theatre on st marks place and it was our family dinner spot before shows but i was always the only one who ordered the Polish food.

I left NYC 8 years ago now but I know this place is still there and good. Sunnyside Queens had amazing variety but fee true standouts. Natural Tofu on qns blvd @40th street was an exception. Simple no frills Korean with an open kitchen you can watch through glass as you enter. The soups are among the best things I have ever had and a sure cure for the commin cold. A steady clientele of Koreans from outside the neighborhood was the tipoff to try this place. My most missed neighborhood joint.

I’ve been happy with everything I’ve had there except the pastries. They look wonderful but just taste mediocre. Not worth the calories…

I’ve been happy with everything I’ve had there except the pastries. They look wonderful but just taste mediocre. Not worth the calories…

Never had the pastry there but they make a fine milkshake. IME though that is typical for eastern european pastry. Look great but way too sugary. in qns it was true, and my favorite russian and polish shops here in philly too. pumpernickel and pickles yes, layer cakes not so good as they look.

Have you tried Ukrainian East Village, just down the block and down a corridor in the Ukrainian National Home? I think it’s better.

I haven’t but it’s now on my list! Any particular must try items?

Most of their soups are good, including chicken soup, any variety of borsht, tripe, and mushroom barley. Their vareniki are OK (I miss Stage’s pierogies). Their potato pancakes are excellent except that I wish they were less salty, but they have an otherwise good taste and excellent texture. I also order their beef stroganoff often. Their varieties of goulash aren’t like you’ll get in Budapest, but they’re both fine. The kasha varnishkes with mushroom gravy are very good. They also make pretty good blintzes, better than I’ve had elsewhere in New York for quite a long time.

If you notice I’m not saying anything is great, it’s not an accident. Ukrainian East Village is a neighborhood restaurant that provides a good value and produces reliable food that’s comfort food for me, given my Eastern European ancestry. Now, if you could only put yourself in a time machine to the 1980s and get a plate of pierogi at Leshko’s or go to Teresa’s (though Teresa still has a restaurant at Montague and Hicks in Brooklyn Heights which you might want to visit - I don’t find it enough of a destination restaurant to make a special trip, but their food was always more reliably good than any other Polish or Ukrainian restaurant in the neighborhood after Odessa got bad and Leshko’s ceased to be Ukrainian and eventually closed).

By the way, another restaurant in the East Village that might be worth your trying is Little Poland. I should probably give them another try.

These two stores operated by Ms. You are like night and day. This is just crazy.
[/quote][quote=“Chemicalkinetics, post:3, topic:1234”]
The killer thing is? It seem the Tianjin Dumpling House has slightly better review.

Been to both (Golden Mall a lot more). The new place is a real sit down restaurant with a menu far exceeding the dumplings. All pretty good and worth going. Although the Golden Mall place is cramped stool sitting, the dumplings are more varied, have thinner skins and are, well, better. She also owns the veggie stand diagonally across from the dumplings & they make great side dishes (or mains for a vegetarian I guess). Additionally, its right around the hallway from the original Xi’an and its soup and lamb sandwiches, making a combined meal even better.

Yeah, the place is difficult to understand, but I did gather the one diagonal to the dumpling shop is run by the same people since they go back and forth.

Their meat based borscht is the best rendition I’ve had. I’ve tried their vegetarian borscht and was impressed. Their blintzes are sweeter than I like but still very nice.

I don’t get to the outer boroughs as often as i would like, so i’ll mention a few manhattan favs:
Bahn mi saigon
City sandwich (i consider cheap since one usually = two meals)
Lucky king bakery on grand street: with some effort and serious pointing the little tin box from the steamer of rice with veggies and a fried egg for $3, otherwise the little green balls of fried mochi with black sesame paste inside
Green symphony: 43rd st/8th ave, small family owned hippie healthy kind of place where lots of theater dist actors and dancers go, amazing soups $5 for a large and bibimbap (the owners are korean)
Lazzaro’s pizza: actually very good pizza just a few blocks south of times sq (ssshhhh!! The tourists can’t find it apparently)
El Tropical on 116th st: dominican/puerto rican steam table place, go at peak hours. A big round tin of 3 items for $5, i’ve only tried the vegetarian options- amazing red beans and rice, saucy black beans, various stewed vegetables. Everyone else orders the various (3-5 kinds) of stewed chicken dishes, usually also have ropa vieja

Is Banh Mi Saigon the one with the jewelry store in front? Would you recommend any particular sandwiches there?

Yes, with the jewelry store in front- one stop shopping!
I usually get the tofu and mushroom vegetarian one, (and another to go- not as great the next day but better than nuthin) the tofu summer rolls are another favorite- better balance of ingredients and much better bread than elsewhere i’ve tried.
However. I’m vegetarian so I’ve just tried the tofu one and all veggies version… The spot is a CH fav in general though. And stupid cheap for manhattan
http://www.menupages.com/restaurants/banh-mi-saigon-bakery/menu

I’ll post a longer list later, but I want to mention Taim, particularly their sabich. Nish Nush is also good - their falafel is delicious, but their hummus is too salty. I tried their sabich tonight, and it’s good but Taim is better. Their split pea soup is very good, however.

Uptown, the shawarma at Jerusalem Restaurant is delicious.

I am a Boston boy with freinds and family in the city. There are two places I get to as often as I can when i get to the city.

While not stupid cheap, I feel these guys are one of the last true vestiges of another time. When I am visiting freinds on UWS, i take the train and make the schlep for the sandwich. Worth it.

I still think this is the best, most reasonable pie if one is in Brooklyn (possibly the entire city for me): They make a Grandma pie with rabe that will make you punch your mother.