[Mountain View] The Midwife and the Baker- great bakery

The Midwife and the Baker has been selling at the Mountain View Farmers Market and at a few local grocery stores. I have been eating their bread regularly since my store carry them, though I don’t shop at the Mountain View Farmers Market and hadn’t tried out their whole range of baked goods. The bakery was already mentioned in the Bay Area bread discussion. A few months ago they officially opened for retail on Saturday mornings at their bakery near Costco and , which means the selection is quite big if you show up early. There usually are a line of a few people but it moves pretty quick. And I have been busy eating through their offerings.

In my opinion, the Midwife and the Baker is an excellent bakery and should be way up there in any Bay Area bread and pastry discussion. Tartine obviously gets a lot of press. If Midwife has a store in SF, they will get lots of love and lines too. 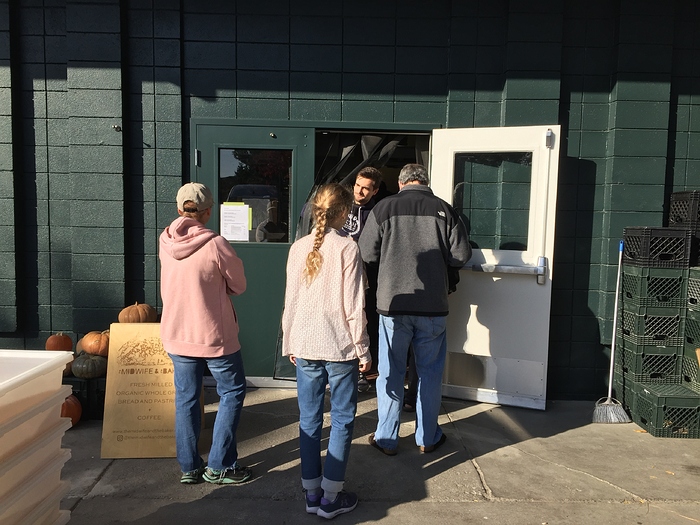 Note that the location isn’t a retail bakery, but where the goods are baked. They have a rack next to the door on Saturdays where the baked goodies are. You can charge the purchase. Noe Valley coffee is also available. Here’s a typical selection on Saturdays: 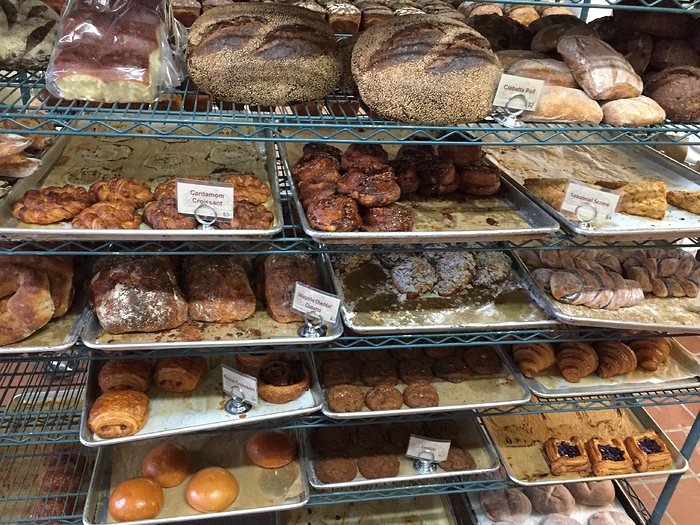 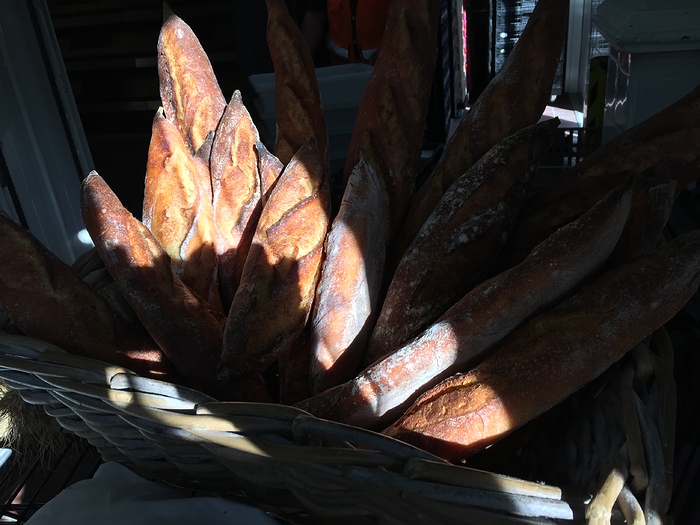 Almond croissant was fab. Just the right amount of sweetness. 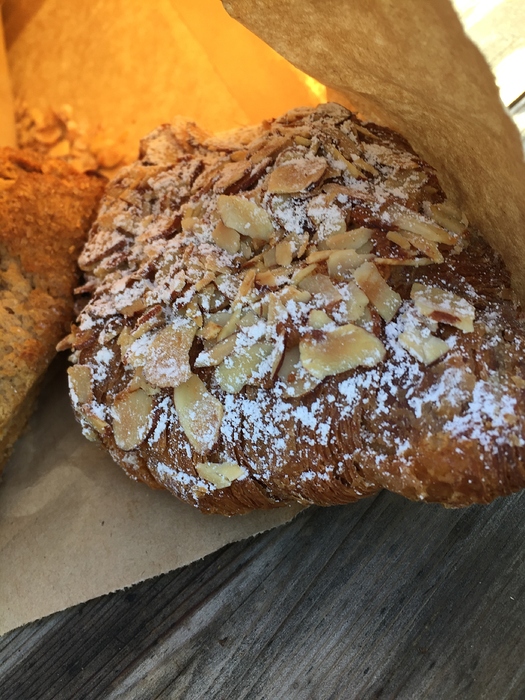 Seeded savory croissant. Didn’t think I’ll like it but I did. Its actually quite delicious. 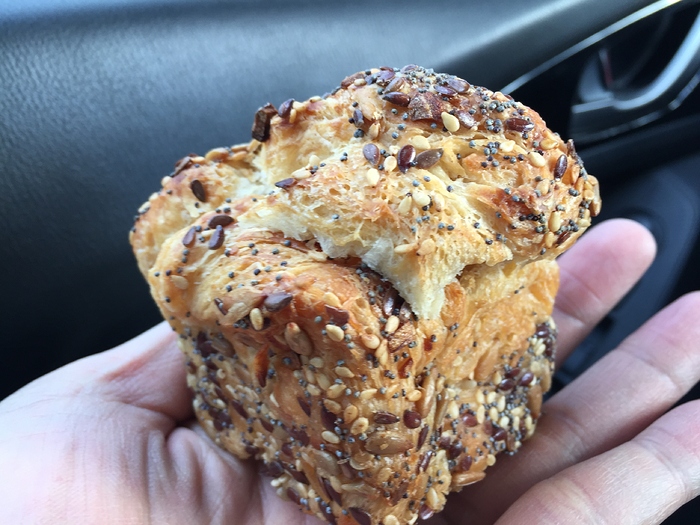 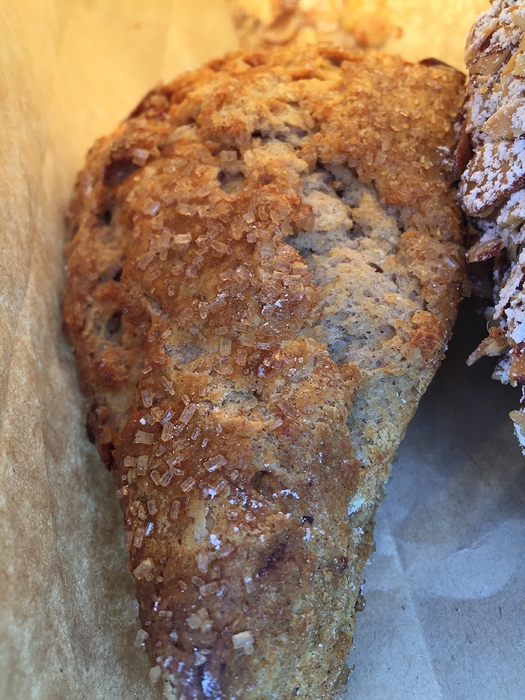 Jalapeno cheese bun had a little bit of a heat and some cheese crust at the bottom. Savory and yummy. 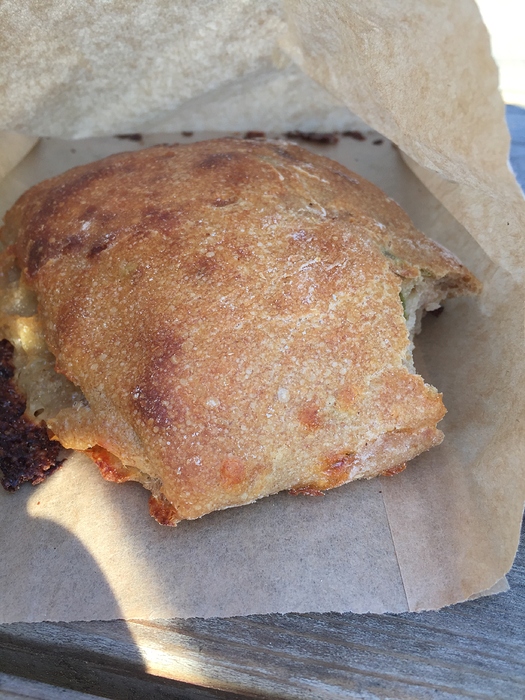 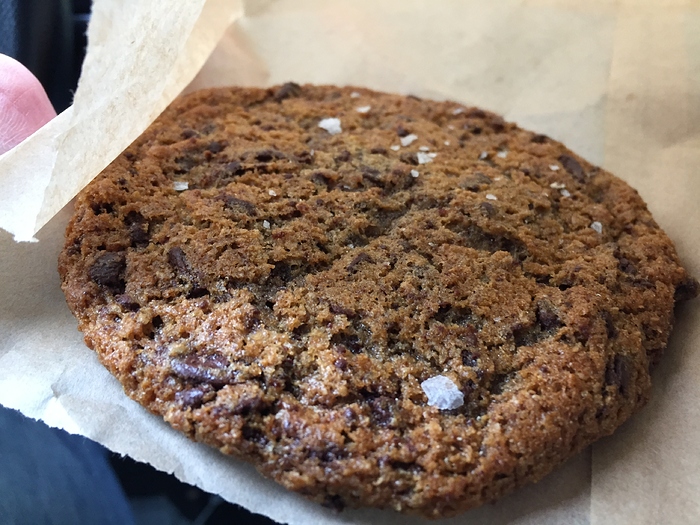 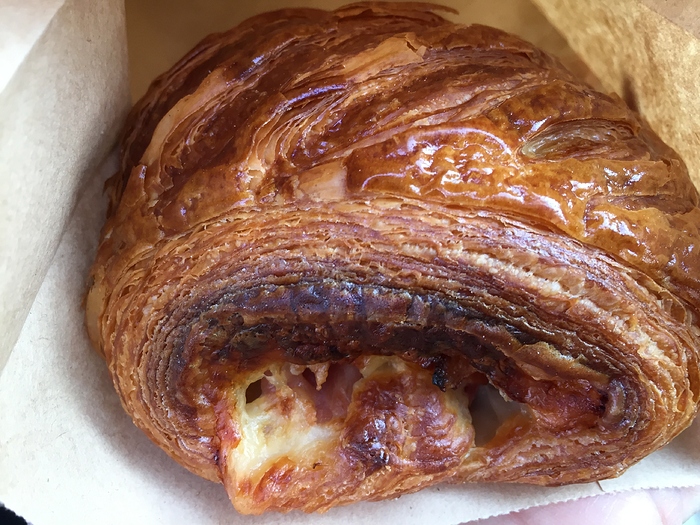 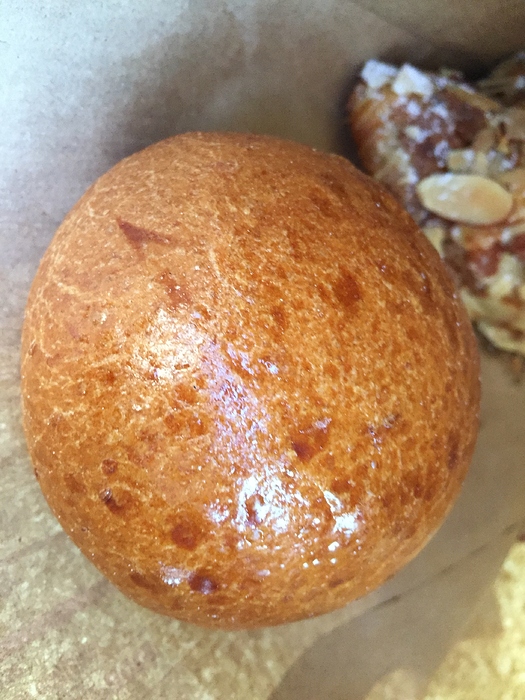 I believe this was blueberry, and it tasted pretty nice. 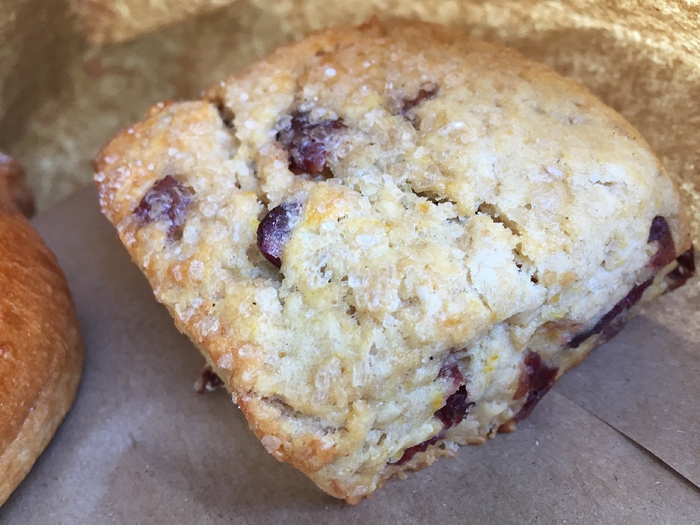 Don’t remember what this was called. On the sweet side, but pretty good. 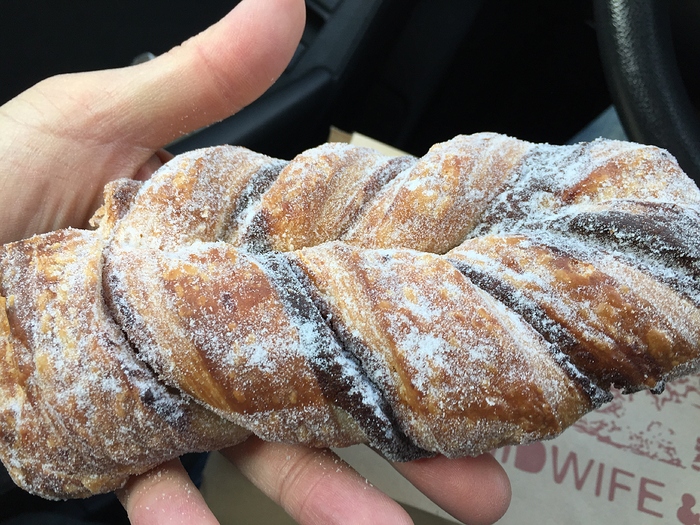 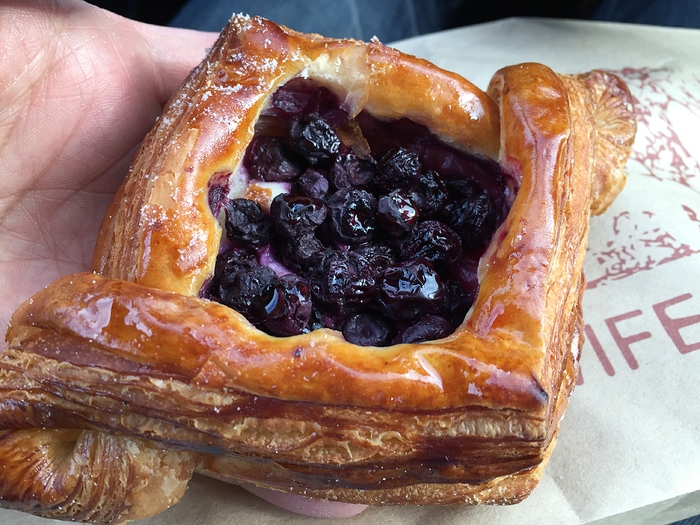 During the weeks before the holidays, they have various holiday specials such as panettone, stollen and gibassie, pumpkin pies. 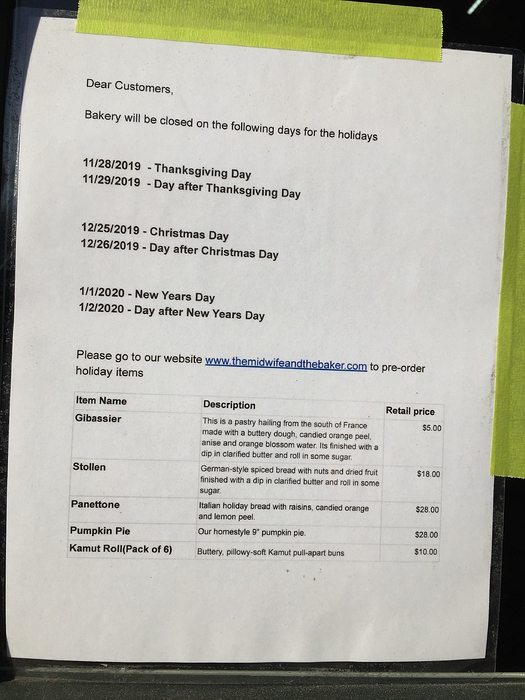 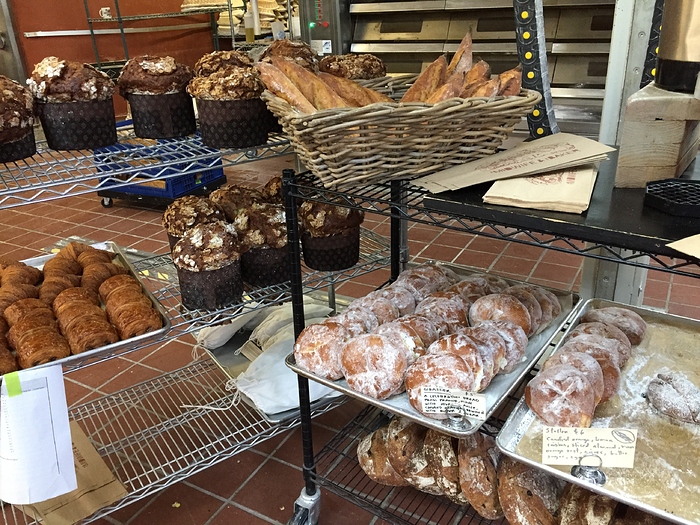 The panettone was great. 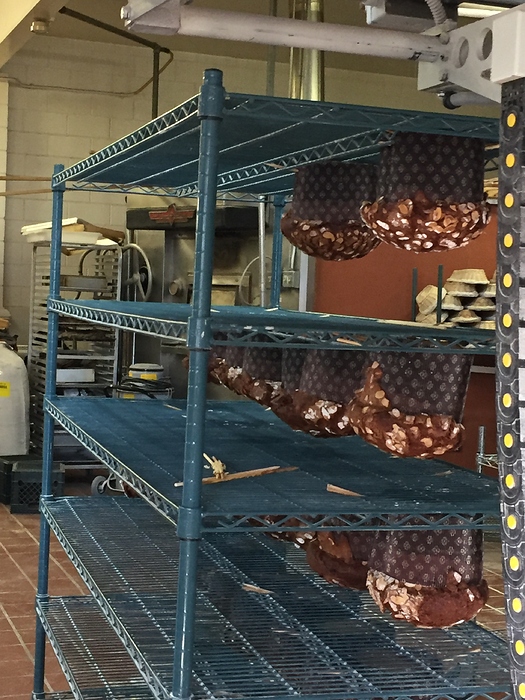 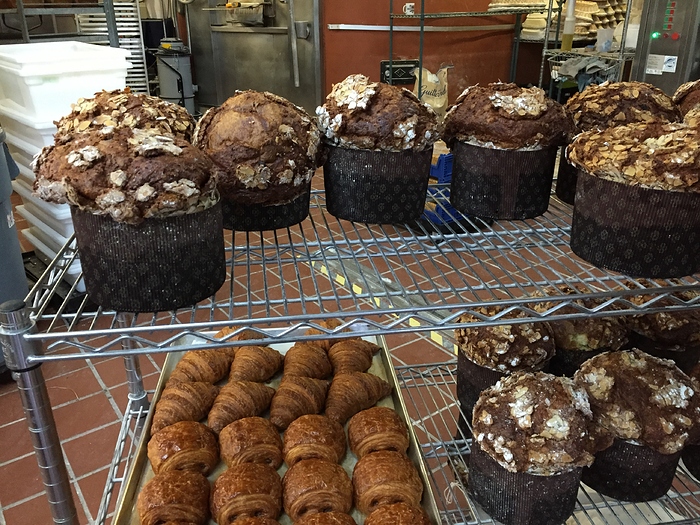 I don’t eat a lot of panettones, but I think Midwife’s version was great, light, airy, with the right amount of candied fruits and sweetness. And its cheaper than other ‘craft’ panettones in the Bay Area. 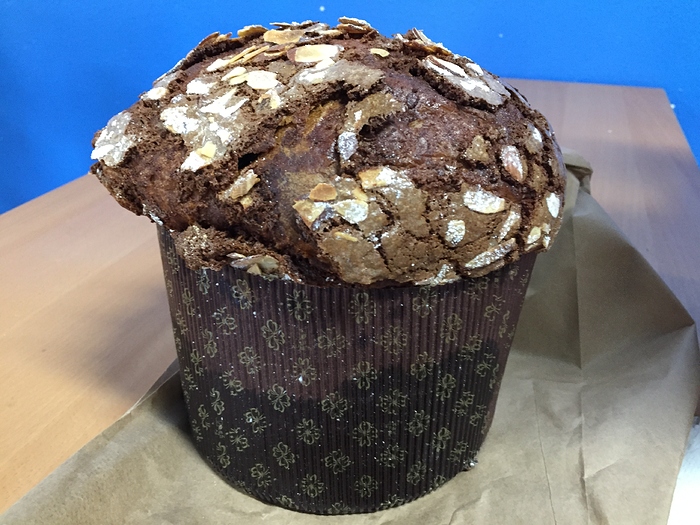 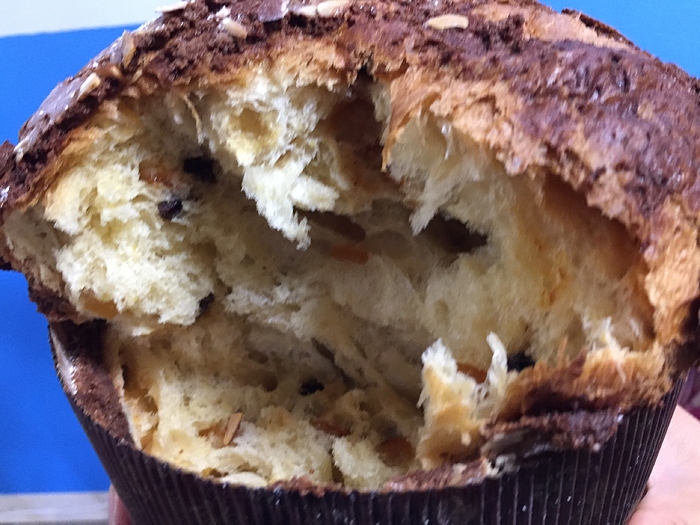 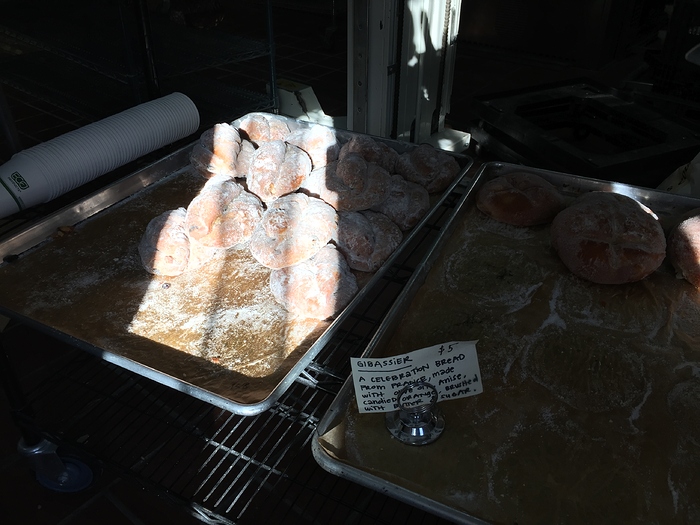 Can someone remind me what this is? 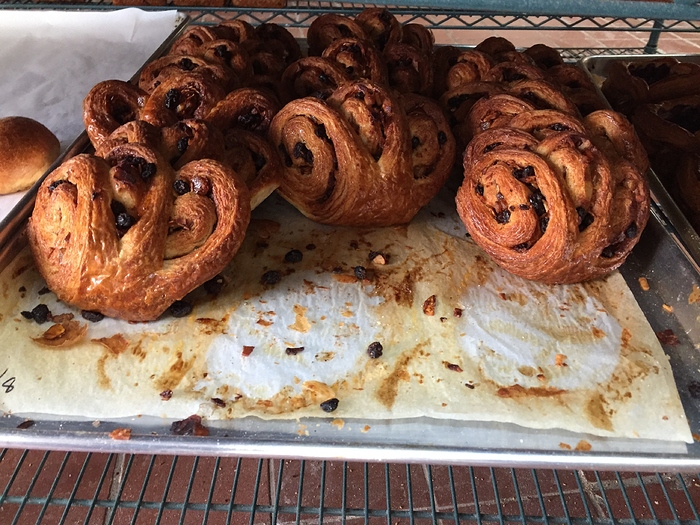 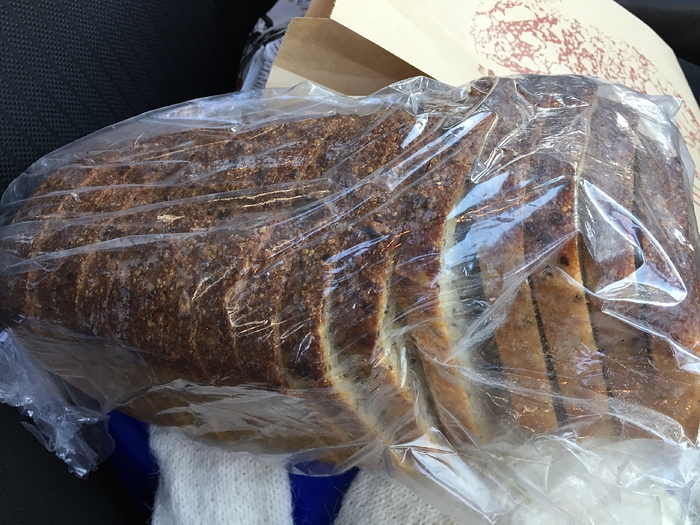 The Midwife and the Baker is highly recommended.

The pastry you asked about looks like a very large palmier.

Even if sliced breads are nice, unless you will be eating them instantly and all at once, I prefer to buy the uncut loaf and slice them myself.

99 percent of the time I eat pre-sliced bread I toast it for toast or sandwiches so I just keep a loaf in the freezer and just throw a couple slices into the toaster as needed. [Although I also sometimes slice and freeze a fancy loaf that I could never finish before it goes stale - Tartine’s giant country loaf comes to mind].

Glad they’re still going on. I had their incredible bread a few years back for the brief time they sold out of the 1-percenter store in my neighborhood (Epicurean Trader) and a nice convenience store on Sanchez in Noe Valley.

Their bread is great. I’ve eaten their country, olive, the one with raisin?, whole wheat and probably some other. Among rustic breads, I rank them just a tad short of Tartine’s, but better than everyone else. They are pricey for sure. though it’s cheaper than Tartine.

I just got corrected by my wife. You can buy from them from Monday to Saturday. It’s just that from m-f you will have to get someone’s attention to buy.

I just ate their sliced bread again today. I believe they added some butter to it. I will ask next time.

2. The Midwife and the Baker at the Sunday Temescal Farmers’ Market

Mac McConnell bakes in the South Bay, but the company he owns with Jaime Shapiro (the midwife of the name) feels naturalized in Oakland, especially on Sunday mornings, at the Temescal farmer’s market. The 100-percent whole wheat loaf (there’s a touch of rye in the levain) is mind-bending. The wheat is Glenn, a California-grown hard red spring heritage strain, milled at the bakery. It’s a lovely shade of toasted walnut that survives the long (16- to 18-hour) fermentation and baking. The finished loaf smells bright and winey, slightly smoky, and, due to some combination of lactic acid bacteria and freshly ground wheat, a little like fruitcake spices. [$] 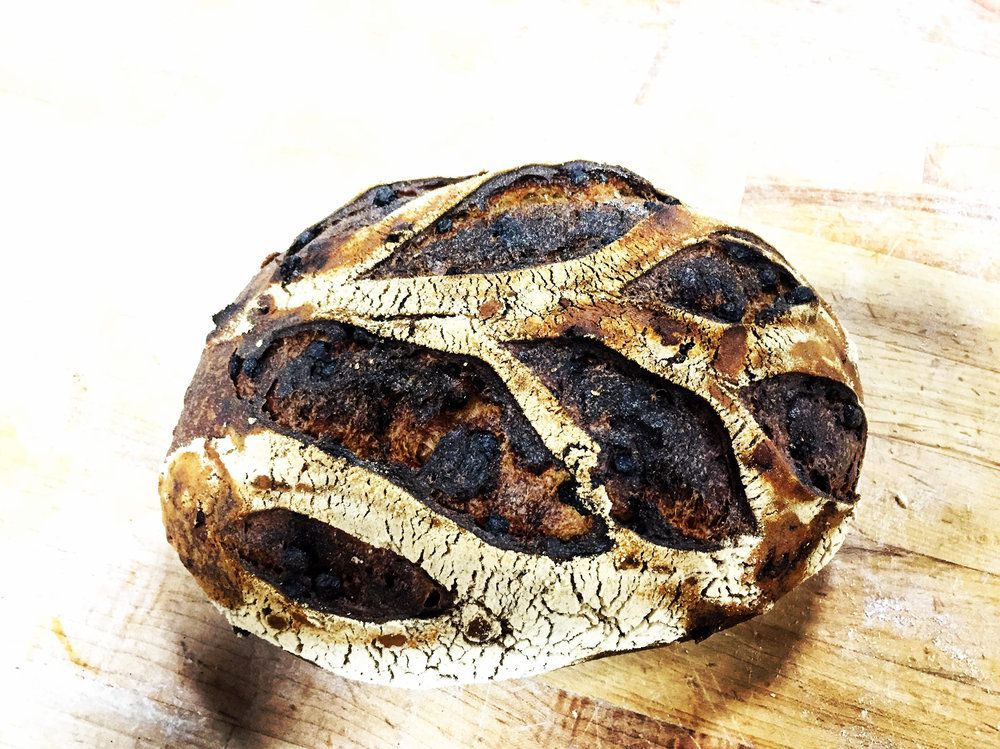 The Midwife and the Baker [Official Photo] 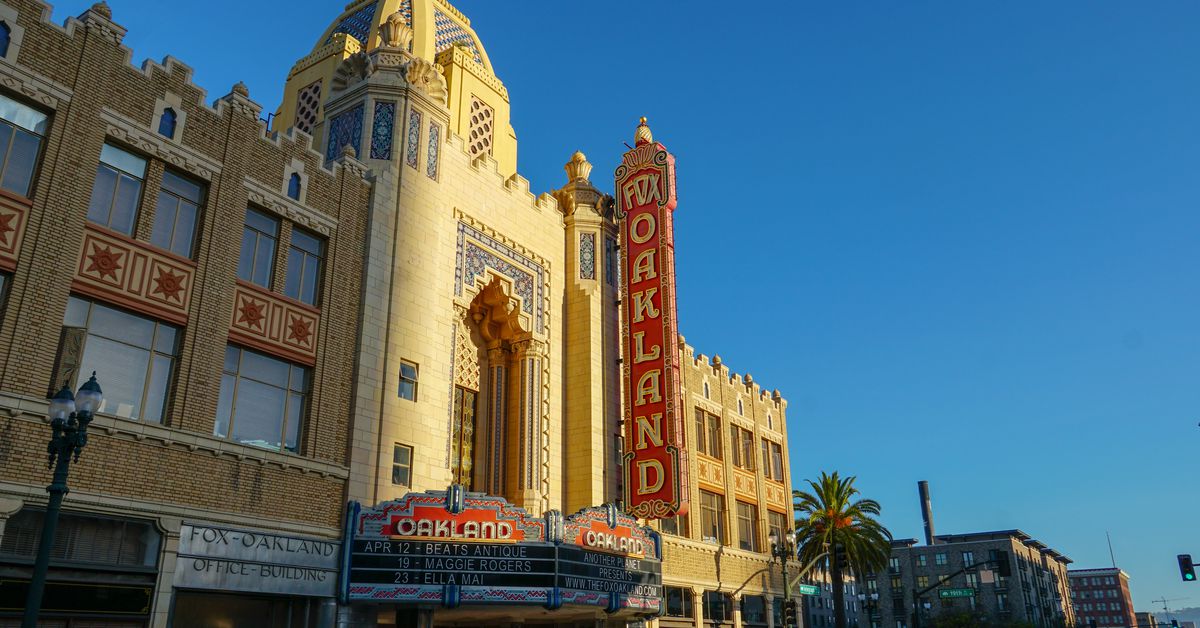 The 17 Best Restaurants in Oakland

Where to find jerk shrimp, flaky slices of pie, and spice-slicked flatbread in the Bay Area’s cultural center