Mortar and Pestle, do you own one? Need some recommendations

I believed most of you here own one, I do too, a cheap one in porcelain and not heavy enough and I rarely use it. I have been thinking of getting one, what’s your preference for material? Rough or smooth surface? And size? 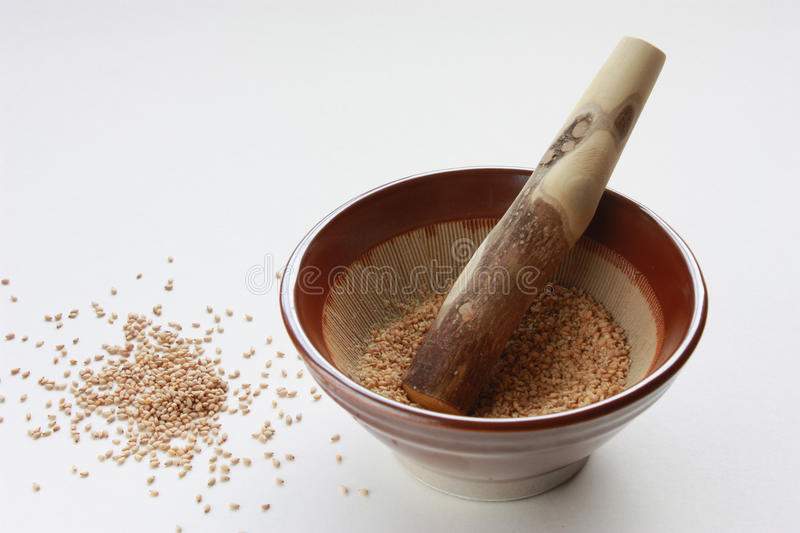 Very beautiful and delicate. Is it efficient?

I got a great mortar and pestle, granite–I think–in a local Thai grocery store. It’s heavy. Get the largest model you are comfortable with.

I found several useful tutorials on YouTube - would include links but unsure what is crossing international media? Most warned against too small, too smooth. In the end I bought a Mexican molcajete because mostly I grind items in the Mexican flavor profile. I guess that’s why chefs have a collection of them? Alice Waters’s favorite looks like Chemical’s beauty. Of course hers is a beautiful French antique!

Granite here (both pieces), and it works very well. Heavier is better, but I stay away from the rough-textured molcajete kind because they’re a pain to clean. I have not had any problems grinding up anything I need to grind.

Most warned against too small, too smooth.

Actually too small is the most common complain. Others complained that the rough texture one is difficult for fine grinding.

For those who own granite ones, will it retain “odour” of the previous grind?

Mine doesn’t. I wash it with perfume-free dish soap.

I have several. The one I use most is a small marble set very similar to: 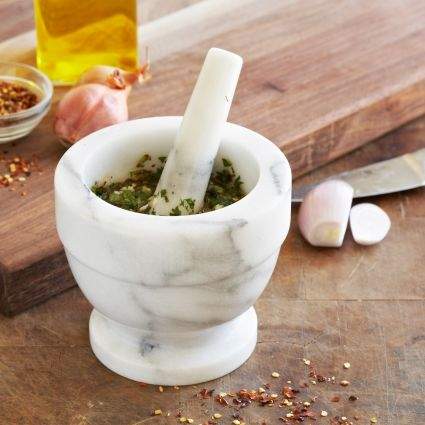 It is lightweight hence easy on my hands, easy to clean and does the majority of m&p needs quite nicely.
The only issue has been seeds popping out due to lack of depth. I solved the problem by cutting an “X” in the center of a semi-flexible plastic lid from a disposable container. It slides over the pestle and helps keep the seeds from their initial attempt to fly!

I have a smaller Japanese set similar to the photo shared by Chemicalkinetics. I think it fell off my radar once I obtained the marble set.

The Japanese style (suribachi) mortar and pestle is based on a grinding ceramic mortar surface and a wood pestle. The softer wood pestle preserves an aggressive surface on the mortar. If the pestle is made of a hard material, then the grooves will diminish over time. However, this setup also means that small amount of wood will be grind into the finish product and the wooden pestle need to be replaced – eventually.

I recently bought a granite mortar and pestle from ImportFood

I’ve only used it once but it pulverized whole spices pretty well. It’s quite heavy.

Is it rough or smooth? Can’t tell from the photo.

I have a small granite one, with a slightly textured inner surface. It does a fine job on small quantities of spices, but it’s not large enough to make pesto. I would eventually like to find a larger one for things of that nature, and I’ll probably go with granite again - the heft is nice!

Is it rough or smooth? Can’t tell from the photo.

It’s a bit rough but not super rough. Rougher than a ceramic mortar.

This is the same one I have, acquired after my wooden one cracked right in half, and Sur La Table was still sending me $10 coupons (they stopped after they figured out I only bought $10 items). I use it most often to pulverize anchovies and garlic. Works good.

I’ve had this one for about 15 years and seldom need any thing else.

I had purchased a similar one in black granite with a gorgeous white stripe. The stripe ended up being a weak point and it cleanly split in half after a years use. Both were purchased in Tucson at the gem show for under $5. I’d love to drive there one year and really take advantage of some of these items. The weight gets a bit much walking the shows and then flying home.

I found a commercial grade porcelain one…like the ones used by pharmacists and in laboratories. It was dead cheap…less than $10.

It’s about 6" in diameter, about 5" tall, weighs a ton, and has the texture of unglazed porcelain on the inside, but it’s glazed on the outside. It doesn’t absorb colors or odors. It holds a couple of cups of whatever…usually pesto, mojo, or a slurry of garlic and spices for marinades. Peppercorns are a slow start but once it’s started it goes quickly.

There’s a gem show in Plant City in November.

I happened upon a Milk Street Kitchen recommendation for a large, cheap, heavy, rough surfaced molcajete. Kimball noted that to begin, the idea is not to pound or stir/press, but to drop the pestle from a height of an inch or two, letting its weight do the initial smashing.