It seems like mille crepe cakes are the rage among Asian friends. I was recently told about it. Since I live in a cave and I don’t bake I had no idea what it was and had to google it.

It seems like there is a no local commercial supplier (that I know of. Again, what do I know, I live in a cave). Some people get theirs from LA. There are a couple of cottage food mille crepe cake maker around the South Bay. The cake is labor intensive to make so its quite expensive for its size. Its a French cake consisting of bunch of layers (20+) of paper thin crepes, each separated with a brush of French pastry. I was ‘encouraged’ to get one, but before I do that, I want to get some opinion on whether its worth it.

If you have tried it before- 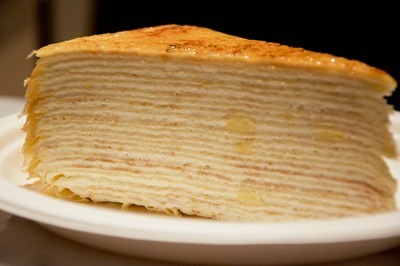 Not available at Paris Baguette ( I don’t remember seeing it ) or PiQ or 360 degrees? We’ve had an influx of asian cake bakeries, I’d be a little shocked if one of those doesn’t stock it.

Oh wait, I completely forgot- actually Tout Sweet (Palo Alto) has it. It doesn’t seem to contain as many layers though. Does that matter? 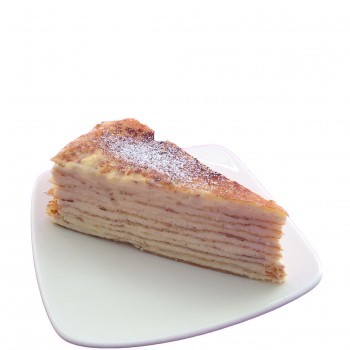 Thanks- I’d be sure to check them out when I have the chance. This type of cake is expensive- like $80-$90 for 8-9 inches. So if they don’t stock it it may be because the price is higher than the rest of the baked goods these store usually carry.

Here is a version at Quince (SF) 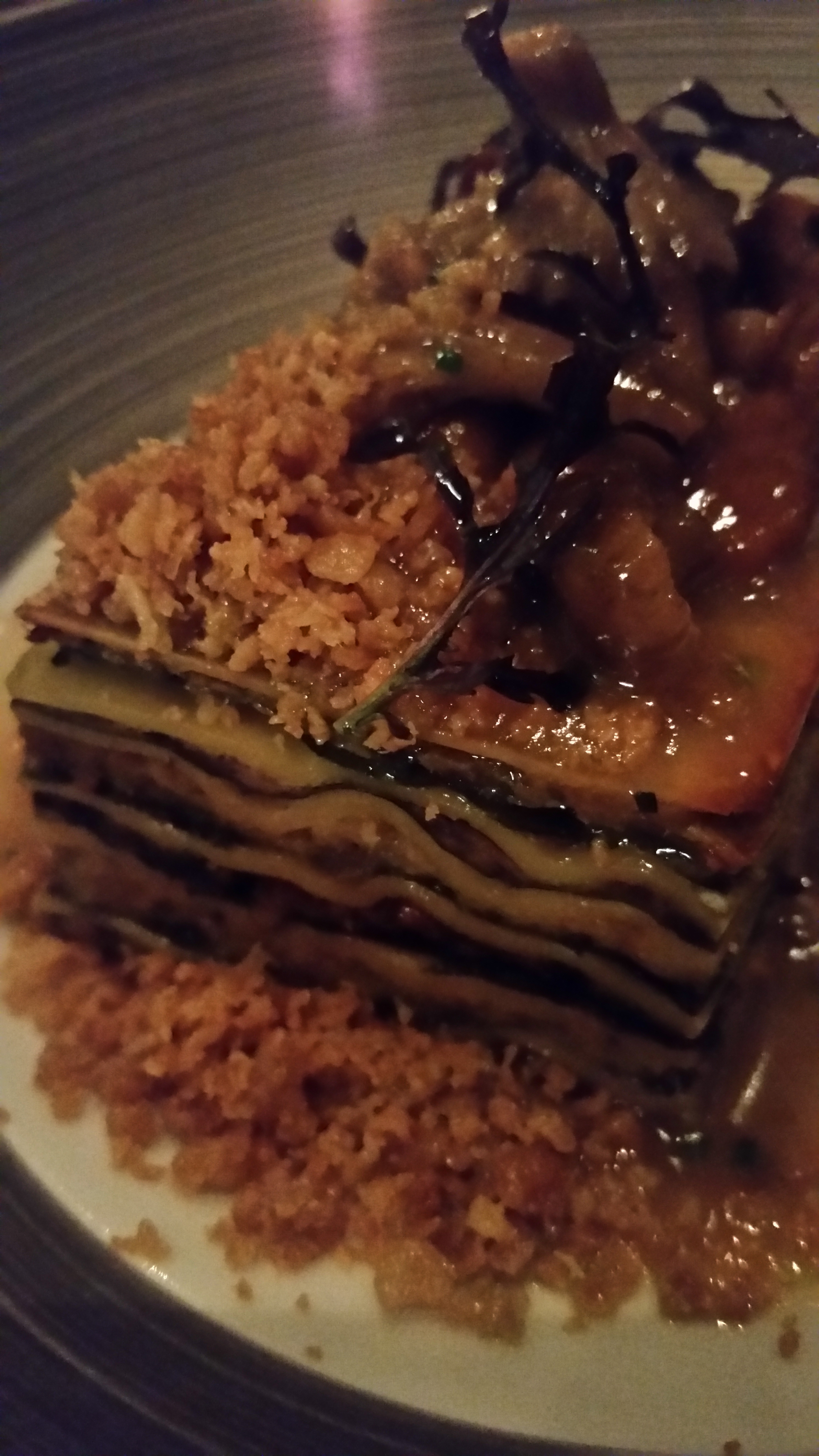 Hmmph. What are the layers?

What about the Russian Honey Cake (Krasinski Torte) $6/slice at 20th Century Cafe?

And now, the moment you've all been waiting for: The table is set with our annual 100 things to eat before you die, each one taste-tested and 7x7 approved. Some dishes are brand-new; some are old favorites making their return. You've got your work...

I’m not a big dessert person but I thought it was good and I admire the skill and effort required to construct these cakes.

B. Patisserie has an Earl Grey Millefeuille on the menu now, but it’s the type with thicker, fewer layers.

It’s on the dessert menu at Teo. I like the effect of the layering but wasn’t too hot on the filling— it had an odd tingly/cooling feeling on my tongue, which I can only remember feeling before with Reddi Whip and the ice box cake at Lois the Pie Queen.

Any idea who makes the cake? How much is a slice?

Any idea who makes the cake? How much is a slice?

No idea on either front. I had a regular, but they also had a matcha version.

I assumed it was made in house. Looking on yelp, there’s only one place in the Bay Area that sells a matcha mille crepe-- Antoine Pâtisserie.

The person certainly sliced a matcha version with the same knife before he/she sliced yours.

A bit of stretch, but they could get them from Lady M in NYC, they do ship using a special container, and if Teo is ordering in enough quantity, it might be worth it.

After reading your message, I called them up and asked. Its Lady M. They have a shop in LA.

I totally forgot that they opened one in LA, makes much more sense now!

The photo of the slice screamed Lady M to me - color, texture, size - which is what led me to take that stab in the dark.

This week, at Mitsuwa’s Hokkaido Festival, there is mille crepe cake from Hokkaido Kokubo. (in addition to other Hokkaido stuff like Hokkaido king crab bento box) 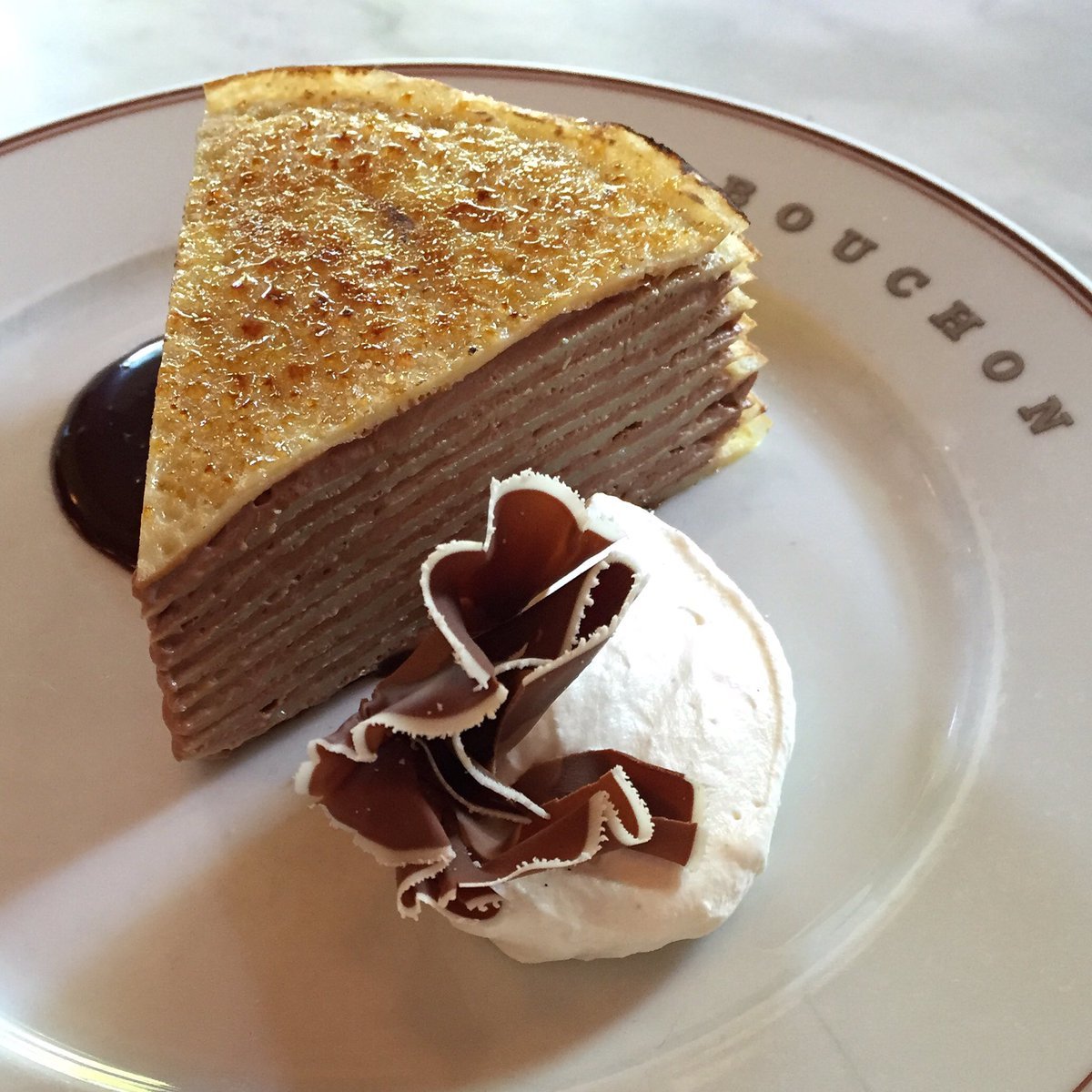 Q-Tea Monster in Newark sell some frozen and by the slice in house. It’s $10 per slice, if you eat it there, or $65 for a frozen 6 inch regular or green tea flavored cake, and those are good for 6 to 8 slices.

Whoops, I forgot to say… they’re from Lady M.