Can’t argue much with the ‘stars’ – maybe quibble over how many but that’s a detail.

But I’m ‘perplexed’ by the Bibs – supposedly more affordable.

Included are both R&D and Grey Gardens which are (oversimplifying) $20 appetisers and $40 mains. This seems to be stretching ‘affordable’ or ‘reasonable’ quite a bit. At that price point there are a number of places that seem ‘just as qualified’. It’s not clear (to me) why those are identified – don’t want to get into specifics as that’s not my point – just what the category indicates.

Of course, I have my favourites (and will be happy to discuss specifics along the way) but, quoting from Michelin itself: 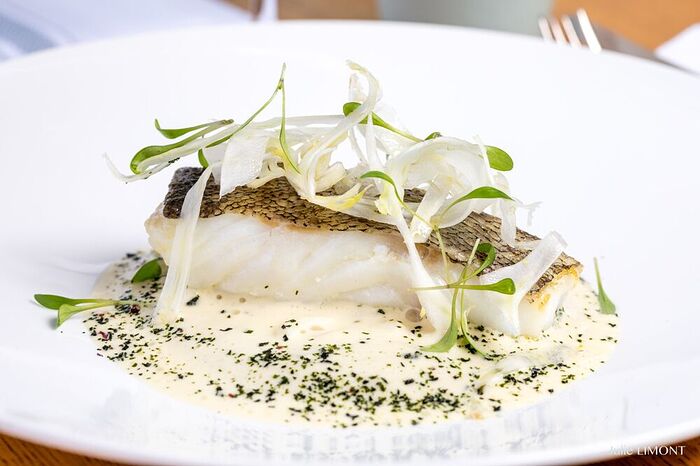 What Is The MICHELIN Bib Gourmand Award?

Discover more about our award for good quality and good value cooking.

“What Bib restaurants do have in common is their simpler style of cooking, which is recognisable, easy-to-eat and often something you feel you could attempt to replicate at home. A Bib restaurant will also leave you with a sense of satisfaction, at having eaten so well at such a reasonable price.”

Did they meet their own definition?

No, you have to realize that the judges are of a different caliber. If you look at the judges for Toronto Life, Canada’s Best, enRoute, etc… you’ll see there are quite a few “taste makers” on the list and even critics with limited experience with a wide variety of cuisines (judging from their published reviews).

I do wonder how they come up with a list of restaurants to send their inspectors to though.

Yeah, I’m not sure the food royality liked what Grant did with the previous chefs at Quetzal. Like you said, it’s a pity. But did you notice Fonda Balam (ex-Quetzal) got a Bib?

True in a way that one tends to have favorites when one resides in the city. A few star ratings can surprise you. I recall when Michelin handed out the stars in SF bay area for the first time I was surprised by some (Bushi-Tei now defunct) as had been to a few of them (some didn’t warrant a repeat even) though it was unanimous for the 3 Star (French Laundry etc). The important thing is that the number of stars have grown from 28 in 2007 to the peak of 62 in 2019 (now 54) as now some folks will gear their places to get them. Some will become a part of the checklist for the visitors from out of town. Either way its a start

Anyone know if the restaurants listed in the guide are the only restaurants they sent inspectors to?

But I’m ‘perplexed’ by the Bibs

Yeah, I was more interested in the Bibs than the list myself as I’ve eaten at most of the higher end places in town that I want to (except two on that list which I will not mention as I still want a reservation). Of note to me was Cherry St BBQ. The only one time I went there I thought they were so-so. I’d put Beach Hill much higher on the list but they do have a consistency problems. Sometimes the brisket is way too dry and sometimes they over-salt. I will probably have to revisit Cherry.

Also Konjiki which was on Tokyo’s Bib for a few years was not listed. I’m really happy for Sumilicious though as that’s where I go when I want my Montreal-style smoked meat fix (and it’s less salty). I thought Chica’s was really really tasty (see my Nashville hot chicken review).

From what I can see, the Bib list doesn’t quite fit their definition, which I have also seen for other cities. I tend to see their Bib list as simply the next tier below 1*. So in that sense, I agree with including places like Grey Gardens and Wynona. I think the description for the Bib list also allows them to include more casual places, which is a good thing for any restaurants that are included.

In terms of the higher number of stars, it seems those only get attained with places that have that “wow” factor of presentation and service. The food can sometimes be more interesting and tastier at a 1* but the service and presentation (of a specific type) seems to differentiate the 2* and 3* ratings.

According to Gwendal Poullennec (the international director of Michelin guide), the “5 criteria” they use for rating includes:

Bibs have been the most consistent recommendations for me. Anything starred I used to cross reference with the former CH boards (which is the reason why I went to San Sebastian in 2008!)

I haven’t been Shoushin yet but friends who have similar taste in Sushi (apart from their fondness for Aburi style) went to Shaoushin and didn’t enjoy it at all. We enjoyed our sushi at Yasu (another omission IMO and Kibo Secret in its heydays of pandemic start). Also amiss is Kaji!

Straying a bit off topic but I found my experiences at Jugemu my most memorable. Tashiro-san’s personality really came through with his sushi and while you could say the same about Shoushin and Jackie, you could say that subjectively my personality and Tashiro-san’s resonated more. They are/were sufficiently different establishments so the comparison isn’t really easy to make other than from a high level view of a customer and level of enjoyment.

And the jokes begin.

(Jerk King sadly does not have a star, and is not one of the Bibs) 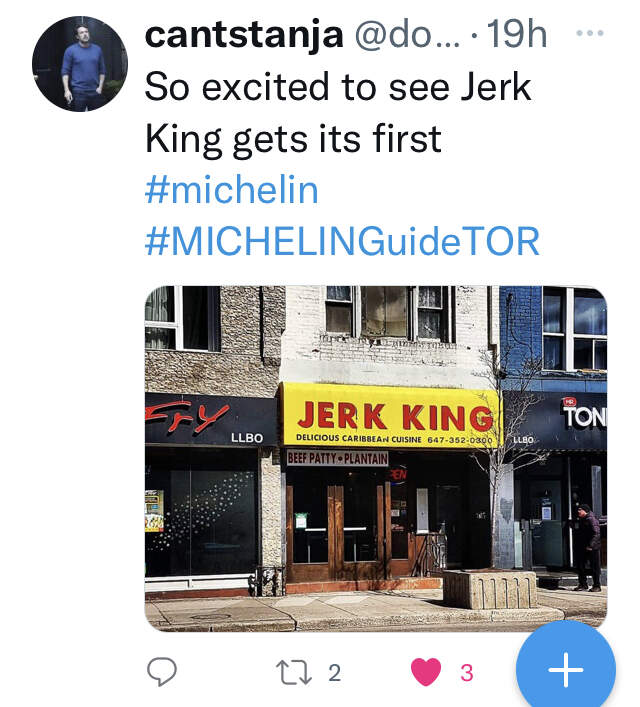 Further to the 5 main criteria (which excludes service) quoted by cakumadesu, Michelin also says: “Restaurant inspectors do not look at interior decor, table setting or service quality in awarding stars”.

So, unless Michelin is bending its own rules, service should not be a factor in awarding stars.

I get the opposite. Me and my sushi aficionado friends have been to Yasu twice (the 2nd time because we wanted to give them a 2nd chance) and both times were kind of meh, good but far from great. At the end of the day, taste preference can be personal, but on Yasu, we agree with the Michelin judges.

My pre-disposition (based on actual visits to various candidates) was to dismiss Don Alfonso - in its first incarnation it seemed somewhat assembly line and waaay overpriced for what was delivered.
However, I returned last night to the third version at the top of the Harbour Castle hotel (NOT because it pleased Michelin - the reservation was made before the stars were announced as a Birthday celebration (not mine) - and what else was available on a Monday?).
Have to admit, the food was pretty good - deserving of a star. Service was excellent; view is impressive and the renovation of that space was welcome. Loved the ‘signs’ for the washrooms too!
Would I return? Maybe. It’s still a blowout price and I prefer Alo but my former experience does not seem typical of its current performance. But it’s still essentially ‘Southern Italian’ at heart and with my tomato allergy, this restricts my choices, so it’s not top of my list. But the food and service is definitely of a high calibre.

Happy to hear this most recent experience was a better one.

I’m wondering, which Michelin stars in Toronto do takeout? I know at least one of the Japanese Michelin starred restaurants in Yorkville offers takeout, around $150ish, when I checked in August before the stars came out.

I know Alobar still does takeout through Tock.

Good to know!! Thanks. 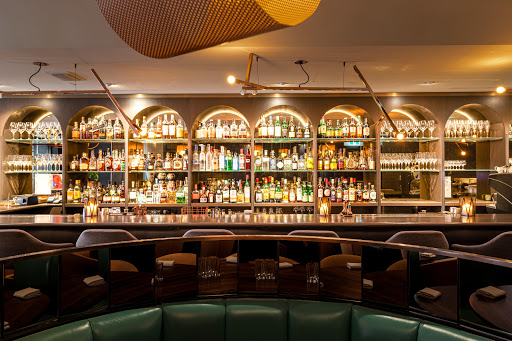 Alobar is tucked along a pathway in Toronto’s Yorkville neighbourhood. It puts its foot forward as a cocktail bar, but it is a full-fledged restaurant, offering choice seafood with the finest accoutrements, fish and chops off of the charcoal grill,...