My son and I live in Indiana. His girlfriend is with her family in Mexico this week, and he asked me if I could think of something culinary that she could bring back home. Looking at the USDA website suggests to me that bringing any meat fruit or vegetable (presumably herbs, too) is either questionable or outright prohibited. But I do suppose there are other culinary items.

The only that springs to mind for me is a molcajete–their flatter version of a concrete mortar. (Not very packable!)

Ideas from those who know Mexico?

Where in Mexico are they? It’s a big country with diverse cuisines and products.

I can think of:
Vanilla beans, salt, tequila/mezcal brands you can’t get in the States are or are much more expensive, coffee beans, cajeta / obleas de cajeta, tamarind candy, cacahuates japoneses (japanese style peanuts), mole pastes, dried or ground chiles.

Our seriously skilled and indomitable baker friend recently returned from Mexico with many quart bottles of vanilla extract. He said the price made Costco look very expensive.

I don’t know if it’s true, or if it depends on how you re-enter the US (e.g., by car versus plane), but I’ve seen a fair number of posts around the Interwebz about people bringing back dried chiles and even open-air-market-purchased mole pastes, and I think bringing back packaged herbs and dried chiles may be even “technically” allowed. (I won’t swear to this, but I don’t think the customs regs are quite as strict coming in from Mexico as from literally “overseas”.)

Any sort of granite utensil will  weigh a ton, so despite the fact that most of what are sold here are said to be of relatively low quality, I think a molcajete (or a metate, which is basically a flat version of a molcajete, with a “rolling pin” also made from granite, used to make masa by hand) would be a bit much, especially if she is flying…

Otherwise, while I think they’re rare even in Mexico outside of Oaxaca these days, if by any wild chance she can find chilhuacle chiles - especially chilhuacles negros - that would be a major score. And even something as pedestrian as avocado leaves might be nice, if what I’ve read about them is true, that they don’t have a long shelf life and the ones we can get here are a pale shadow of what we can get here, where their turnover is presumably much lower… Or If the idea of this does anything for you and you know (or she or your son knows) of a specific brand of tequila or mezcal that’s hard to find (or unreasonably marked up in price) here, that might be an idea, and presumably wouldn’t involve a lot of scrounging around in markets or region-specific grocery stores…

Prepared cooked foods are safer than raw. Ultimately the choice is up to the discretion of the CBP officer (de facto agriculture officer). I start pitching food over the side at the 12 mile limit. For those who think the US is strict look up the limits going into New Zealand or Australia. This is NOT bureaucracy run amok - we’re protecting American agriculture.

If you want something culinary I’d suggest a tortilla press.

Do not bring a single bullet or shotgun shell into Mexico because you will go to jail with all that entails. Good luck with that.

I bought some home when I was there last as well. Any tips for buying vanilla in Mexico?

I’ve seen some nice textiles while I was there too.

The last time I was in Mexico, admittedly several years ago, I found all natural clear vanilla. I bought several bottles. It was really nice to use, especially in white things as it had great flavor but didn’t discolor your food.

Not cheap, not easy to haul home, but I’d be your friend forever if you brought me one of these… 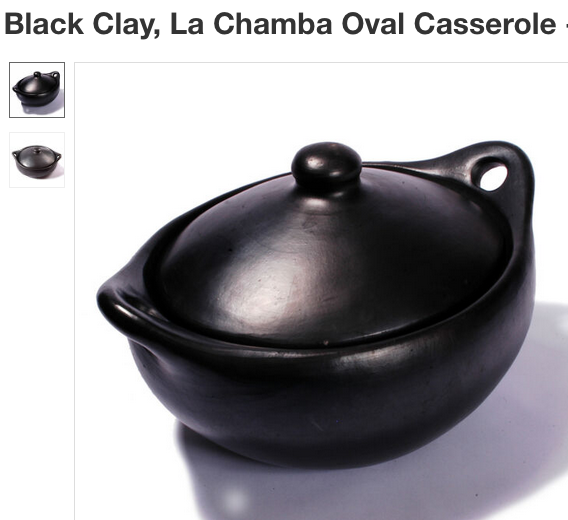 Where in mexico are they staying? I will ask my friend about some regional specialties once I know.

i brought back mole mixes (powdered, as opposed to pastes) from the open-air markets in CDMX. They’re wonderful and I was not questioned at all about them. they keep, too, you can freeze them.

For things other than meat and fresh produce from Mexico?

For things other than meat and fresh produce from Mexico ?

In my constituency people are often moving a lot of food. Start with the official link I posted above. Meat and fresh produce are pretty generally no-no’s (that’s official). I’ve seen US packed and sold foodstuffs confiscated because it went to the Bahamas or Caribbean and came back untouched.

CBP performs four functions (immigration, customs, health, and agriculture) and officers are trained in all of them but not expert. Some are more cautious than others. The officer has discretion. Much more than just meat and produce should be reasonably stopped: live plants, roots, seeds, some finished product not known to have been processed adequately. This is not bureaucracy run amok. It works. Care at borders is how New Zealand and Australia have remained rabies free. Mad cow disease did not become epidemic. Zebra mussels slipped through the cracks. Who really wants to be the vector for the virus that wipes out the corn in our Midwest? Declare everything and accept that some things may be confiscated.

This is not bureaucracy run amok.

I didn’t say it was; nor do I suggest that anyone flout importation restrctions (my earlier comments referred to posts I’ve seen about people “bringing” back things like dried chiles and some other foodstuffs (i.e., legally, or at least without being stopped even if they were identified/declared), not “sneaking” them back in…) I was just wondering why mentioned Aus and New Zealand at all, or

in the context of this thread.

In the end, it doesn’t make any difference where you come from if you are stopped for agricultural products. CBP doesn’t just throw that away. It gets isolated and transported to a secure incinerator and the traveler pays for that.

It’s up to the CBP officer if dried chilis count as seeds.

My comment about bureaucracy was not point at you but a common response from people when faced with well-founded regulation they don’t understand.

I take the rules pretty seriously, having learned how things introduced here in California and elsewhere can be devastating. So when I travel I have a plan, and learned you can bring back garlic cloves if they are peeled. I managed to get some home from Italy, pant them, and get some results!

Peeling garlic a week before planting 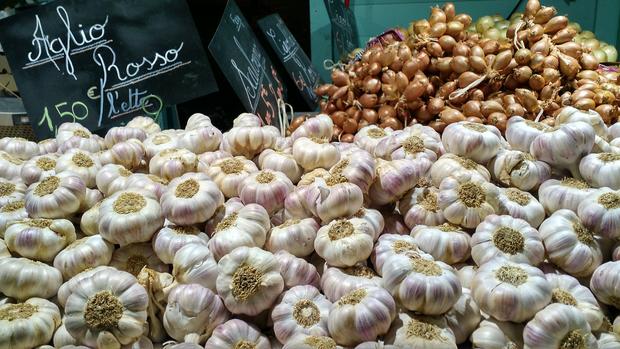 Most thing you can bring back can be found in your local Mexican markets. Seems we have a couple in my small town. The dried chilies and herbs appear about the same as what I what I would see in Mexico but the variety is much smaller

Brings back a funny memory. I have family in Mexico City, my dad’s side and a sister, and when my mom came back from Mexico probably in the ‘80s she was held in customs in Tampa for a LONG time. Seems there was some concern with the dried mint or oregano she was bringing back.

My wife and I had a good laugh over that one. My mom wasn’t amused

Aluminum tortilla press, chamoy, and a lava rock molcajete- all are great things to have from Mexico. And if they can get their hands on some Campbell’s crema de poblano soup, you’ll be glad you got some.

Mexican vanilla is tricky. Molina brand is good, but there’s a chemical in several brands that I can’t remember the name of that not only tastes like hell, it’s poisonous. But good Mexican vanilla is one of God’s great gifts to us. The flavor is so uplifting to any dish it’s added to.