You can get rare burgers (at least medium rare for sure), just not at McDonald. The unfortunate thing is that you cannot even get medium-well done at McDonald. Must be well done.

Yup. That is what I was referring to. If you could get a rare burger at mcd, I bet they would be a lot better.

I disagree. A rare piece of industrial beef would still not be something worth eating.
So many other FF chains that at least have a soul and some fare worth sampling.
Not enough time to waste at McD or BK.
Of course, I’ve got In & Out, Jack in the Box , and Del Taco as alternatives, so I’m working from a position of strength.

I’ve been saying this for awhile, especially when Mc’Donalds tried “gourmet” burgers. Things like angus beef, swiss, mushrooms with a horseradish sauce…sure the burger was actually good, however if I’m approaching $10.00 / $11 (meal) for a burger at Mc Donalds. I’m going to my favorite bar and getting the burger for $11-$12., fresh meat open flame grill, generous side of fries, cheese “sauce” and slaw with pickle! At a $10+ price point Mc D’s might be good, but it’s not that good!!

But that is the thing, technically, there is no reason why McDonald to up its quality if it wants to. It can make better burgers. It isn’t like it doesn’t know how. In N Out is awesome.

Most corporations have a marketing team that handles their social media. In Wendy’s case, there was a single person and she became pretty well known for the sassy Wendy’s twitter. 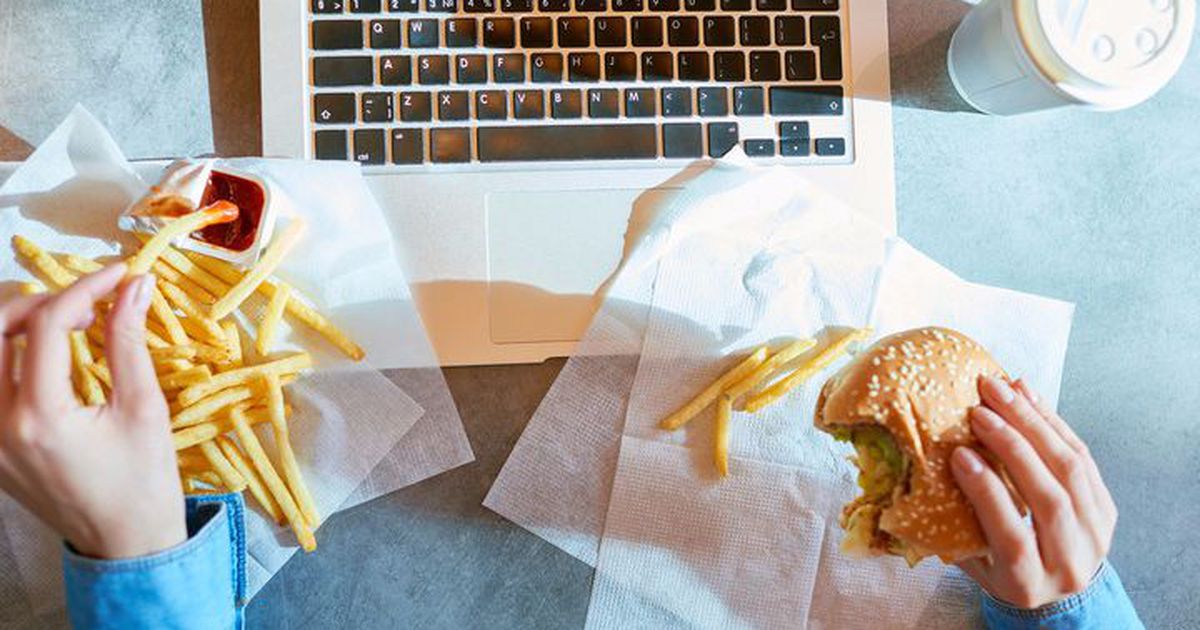 Not all heroes wear capes.

I think that deal repeats on a weekly basis through April or so. So you can get a grand Big Mac next week! In my area, they allow the double quarter pounder also! But there’s no double Filet-o-fish available which is what I’d like. The single is still a deal at $1.00 because I think it’s overpriced at regular price.

The poor want speedy food at the sacrifice of quality.

McDonald’s lost its original customer base. Middle-class families no longer consider it an option, nor do most people raised in the last 20 -30 years. It’s food for people working long hours at minimum wage jobs. Taking your child for a Happy Meal is an experience that working class parents can give their children, even if they can’t afford Disneyland or vacations.

Fast food chains also provide the only accessible and affordable food for teenagers in the inner cities and many rural areas. Teenagers eat a lot, but my son and his friends would never eat a fast food burger; they are fortunate to have other options in their neighborhoods.

As much as we like to make fun of McDonald, please don’t forget that McDonald is still the largest fast food restaurant by a good measure. Below is a 2013 sale chart, McDonald sale exceed Subway + Starbucks + Wendy. It is running a successful business model. 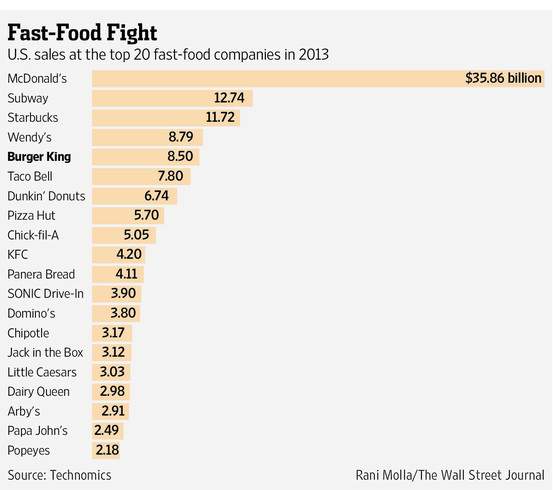 Not sure why your chart shows 35 billion most I find show 28 billion for 2013. Either way, yes Mc Donalds leads the pack by a large margin, you will notice 2013 was their peak year, and every year since then they have been declining. The margin between them and number two is narrowing and that is a trend Mc Donalds wants to stop.

I don’t think anybody is making fun of Mc Donalds, just stating opinions of the plus vs. minus of them.

The boy who makes biscuits?

I think this sounds like a movie title… “The Boy Who Makes Biscuits” – particularly some kind of foreign films in Sundance.

Good biscuits are an art form that doesn’t always cooperate-even in the hands of acknowledged dough Masters.
He’s the Biscuit Whisperer…
Coming Soon in selected theaters wherever
Butter and jam are the order of the day. 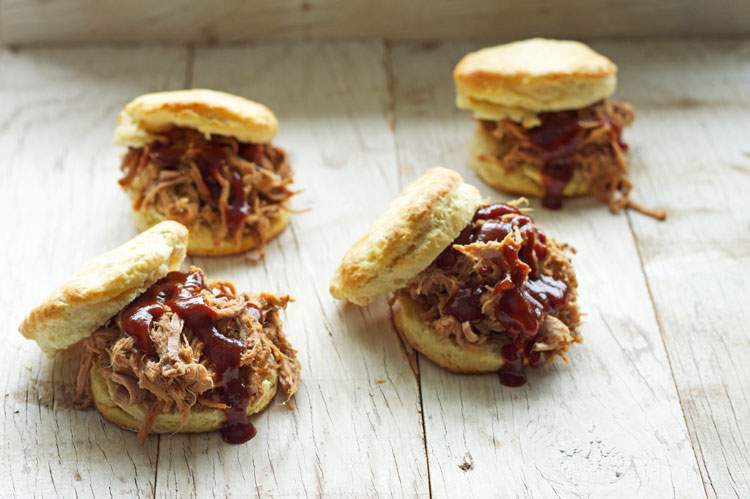 Pulled Pork Biscuits (just copied the image from internet). What do you think of that? This should make both biscuitboy and bbqboy happy.

Tremendous. An over easy egg

on top would just about be perfection.

Biscuits should be the trend for 2018

Or… will the two extremely good food overwhelm each other?

I’ve been using the McDs app for a while now and the 1$ deal is just bonkers. You get a new one every week so I’ve also been indulging in the Grand Mac. I’m not sure if I like the ratio compared to the classic (I think my favorite thing at McDs is actually the McDouble, their bigger patties generally don’t taste as good to me).

If you get tired of the Big Mac another tasty choice is the crispy artisan chicken with bbq and fried onions. It’s pretty good stuff.

I personally think a rare McDonalds patty would be pretty terrible. The charm of those small form factor burgers is in the crisp outside and the well-done chew.

Oh, and twitter, the Wendy’s team are absolutely hysterical. They did an “AMA” (Q&A) on Reddit a few months ago. https://www.reddit.com/r/IAmA/comments/7jsvm6/we_are_the_team_behind_the_wendys_twitter_account/

They also had one of the most retweeted tweets ever (https://www.npr.org/sections/thetwo-way/2017/05/09/527597422/quest-for-free-chicken-nuggets-inspires-twitters-most-retweeted-tweet) and get into hysterical back and forths with other companies. I wish I had that job!

I’ve been using the McDs app

Is this similar to the Dunkin app? You pre-load money into your app and pay via the app, you then receive all sorts of discounts and rewards? I use the DD one and honestly think it’s great, I average about 1 free cup of coffee a week and some of their specials are good deals.