How do you make mashed potatoes?

To do this properly you peel and cut the potatoes into smaller bits. While Russet Burbanks work, ideally this should be a firmer variety like Kong Edvard, Bientjes, or Yukon Gold.

You then cook the potatoes in chicken or veal stock until tender. Drain and save the stock. Let potatoes cool a little, add pats of butter and lots of heavy cream, and whip with an electric mixer until smooth, plenty of air has been incorporated, and they form peaks.

The same method is used to make Rotmos by including wax turnips, parsnips and carrots in the mix. Rotmos is traditional in the fall, and usually served with roast pork or sausages.

I also make a Schwäbian kartoffelpüree which is similar but uses milk instead of heavy cream and to which you add back a bit of the stock to get the right consistency, which is softer and looser. Puree is traditional with kraut and Schlachtplatte or Kassler Rippchen.

Finally for some dishes like fiskgratäng or with stews, I use presspotatis, which are basically cooked potatoes with no cream or butter added. You can use a regular masher or something like this: 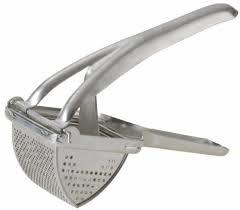 These are much firmer in texture and stand up better to heavy sauces. You also use them in dumplings, like kroppkakor or kartoffelklöse.

I think in English these might be known as riced potatoes.

I cook potatoes and mash them. Don’t like the texture from a ricer. Prefer my mash unadorned by milk/cream/butter

My favorite mashed potato is a russet - baked, riced, lots of butter and some whole milk.

Not against anyone else’s methods but can’t imagine using an electric mixer to whip them. I just imagine that coming out really gummy. Maybe it doesn’t …

My favorite unusual mashed potato is the French aligot. It is a garlicky, cheesy stretchy potato. It’s great (and ironically is done in the food processor - see irony from comment above). I use a cooks illustrated recipe so can’t link, the first few that some up in a google search are very similar but beaten by hand.

There are dozens of ways I prepare mashed potatoes … it really depends on what, if anything they are accompanying,

Let potatoes cool a little, add pats of butter and lots of heavy cream, and whip with an electric mixer until smooth, plenty of air has been incorporated, and they form peaks.

How my mother made mashed potatoes:

I was confused as a young wife when my new husband called them “boiled potatoes”.

This type of method I would use with red bliss potatoes and I call them “smashed” potatoes. (maybe throw some chives or green onions in there for a little kick)

Yes! Occasionally there were chives or parsley. Or crispy browned onions. That was great.

Although I haven’t yet, try sprinkling some of these over the top!! (my latest fascination / novelty product) 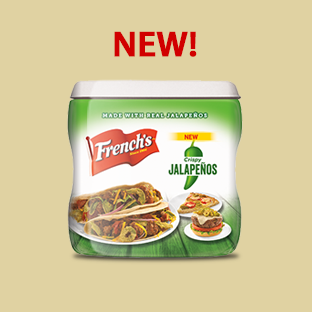 While baking a couple of russets I wrap a whole head of garlic in the oven too. Once fork tender, in a large bowl I mash the russets skin on, add a few cloves of roasted garlic mashed, butter, half and half, paprika and s&p by eye and feel until the mash is smooth and the skins are broken down. Then, I place the entire mash into a baking dish, sprinkle with paprika and panko breadcrumbs, a dollop of butter and rebake until a nice crust forms. Serve.

Costco sells those in a big bag under the Kirkland brand. They’re really good.

I grew up with potatoes that were mashed by hand with a masher with a lack of enthusiasm, so they held together but certainly had texture. Mom would add a good sized chunk of butter and splash of milk and some but not enough salt. She makes them the exact same to this day.

Dairy and i are no longer friendly, and mashed potatoes aren’t something i make often (crash hot potatoes or just regular baked potatoes, or boiled fingerlings are my top choices) but I’m fond of versions mashed with herbs and olive oil, and the new cultured vegan butter i love from miyoko is great on potatoes

yes they do, we use it as toppings for our cheeseburger.

While baking a couple of russets I wrap a whole head of garlic in the oven too. Once fork tender, in a large bowl I mash the russets skin on, add a few cloves of roasted garlic mashed, butter, half and half, paprika and s&p by eye and feel until the mash is smooth and the skins are broken down. Then, I place the entire mash into a baking dish, sprinkle with paprika and panko breadcrumbs, a dollop of butter and rebake until a nice crust forms

I also do a garlic mashed occasionally. I use red bliss with the skins left on, cut into chunks. Cook in chicken stock. Mash with a masher. Saute the garlic in a little butter. Add the browned butter/garlic mixture to the potatoes with sour cream and chives, mash again, adjust seasonings, and it’s ready to go.

For this style I don’t mind if it’s a little chunky.

I like this with prime rib or steak, it’s a great alternative to baked potatoes.

I’ve never used a whole baked garlic clove for mashed, I preferred to use a generous serving of chopped garlic browned in butter then mixed into my mashed. I like the little crispy garlic bites mixed into the creamy mashed potatoes.

Like I’ve said I’ve not used the crispy jalapeno’s for mashed potatoes, when I do want to “kick it up” a bit I mix in generous amounts of wasabi. Am I the only one to have made wasabi mashed? Ohhhh boy that’s some good stuff, also so is sriracha mashed, although I just add that to a finished products for a little kick.

Thinking about this now, I just made a delicious lobster mac-n-cheese over the weekend, I used those chopped peppadew with the lobster meat for some extra sweetness. Now I’m thinking take 1/3 measure of the crispy jalapeno mixed in with the ritz cracker crust…oh yeah.

If your baking the mash the crispy fried jalapenos would be great as a crust, with maybe a little panko and buttah.

I put a little FRESH chopped jalapeno in the garlic mash from time to time. You may want to give this a shot.

Helga is not as fond of this version, but it certainly zips things up a bit: 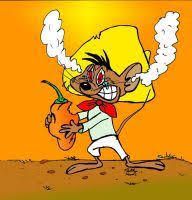 Thanks for the suggestions. Always ready to change things up that taste good.

Peel and rough cut russets into approximately 1.5" chunks.
Boil in salted water until tender
Drain, then return pan to stove on low flame for a bit to dry
Mash with potato masher
Add butter & half and half that I’ve warmed in microwave.
Mix with electric hand mixer until smooth
Add salt and pepper to taste

An Anne Burrell trick is to throw some garlic cloves into the water and boil with the potatoes. Much like salting the water, this flavors the potatoes as the flesh can begin to absorb. If you are using a food mill to make the potatoes, there is no reason to peel the garlic. For mashing, it is necessary. I then add either roasted or sautéed garlic to up the flavor.

The level of puree is a function of what I want that day, the type of meal it will be served with, and how many dishes I want to wash after we have eaten.

I recently bought this masher and really like the results. It seems to work better and more quickly than the old one I had that had a flat bottom with large holes that pushed the potato up and broke them up.

Also does a great job on black beans.

i do the boiled garlic cloves thing too…