Mandatory Tipping: What is your thought?

Recently, I ate a restaurant which has a 15% mandatory tipping. This is 15% regardless of the number of customers. I was a party of one. I usually tip ~20%, so I left a little more at the end. At first, I felt that a mandatory tipping is truly oxymoron because now the tip is no longer volunteer at all. It is forced. Then, I thought this is great. As a person who does not believe in the practice of tipping, this “mandatory tipping” is a first step to do without tipping. On the surface, it seems like an encouragement of tipping, but really, it is transforming the 15% tip into a set price item within the final bill.

I also think the “mandatory tipping” is a better approach than the “no tip needed” approach.

So what is your thought on mandatory tipping? Like it? Hate it? Don’t care?

I tip usually 20 % or more for good basic service . The 15% mandatory tip leads me to believe when I get that WTF service I still have to give you 15% . No way . I have no problem tipping , but will avoid those restaurants like the plague who want the 15 % even if you are by yourself .

You mean a service charge?

In general, I support it when it allows the restaurant to pay the kitchen more. For example, in Seattle, FOH gets the full $11/hr minimum wage plus whatever they take home in tips (usually at least $10-$30/hr in nicer houses) while BOH is often struggling to support themselves on $15/hr. By law, tips cannot be required to be shared, but a service charge is different.

I did, however, find it odd when applied to counter service recently. I tried a new fancy doughnut shop, didn’t notice the line on the chalkboard mentioning the 10% extra until they wanted almost $5 for one doughnut. Hopefully that also gets distributed to all the employees, but it did strike me as odd. I also find it a little gauche that a vendor at a farmers market has a “tips for samples” jar out, because so many of us give free samples freely. But some people are more comfortable with the ask than I.

From other discussions on this subject I’ve learned there are reasons to not just raise prices, like B&O tax and appearing competitive when people compare menu prices. And if you do get service poor enough that you feel the charge is inappropriate, surely you can negotiate a solution with a manager.

What does being by yourself have to do with it? Unless you feel you got bad service because you’re solo, which has been known to happen … or do you mean you find the auto-grat for large parties (usually 6 or more) justifiable but not for smaller?

The 15% mandatory tip leads me to believe when I get that WTF service I still have to give you 15% .

Did it give it some names? Like 10% tipping or 10% donation to charity…etc

It’s a little hard to read, but I found this pic on their Facebook, looks like it says ‘a 10% gratuity charge will be added to each transaction’ 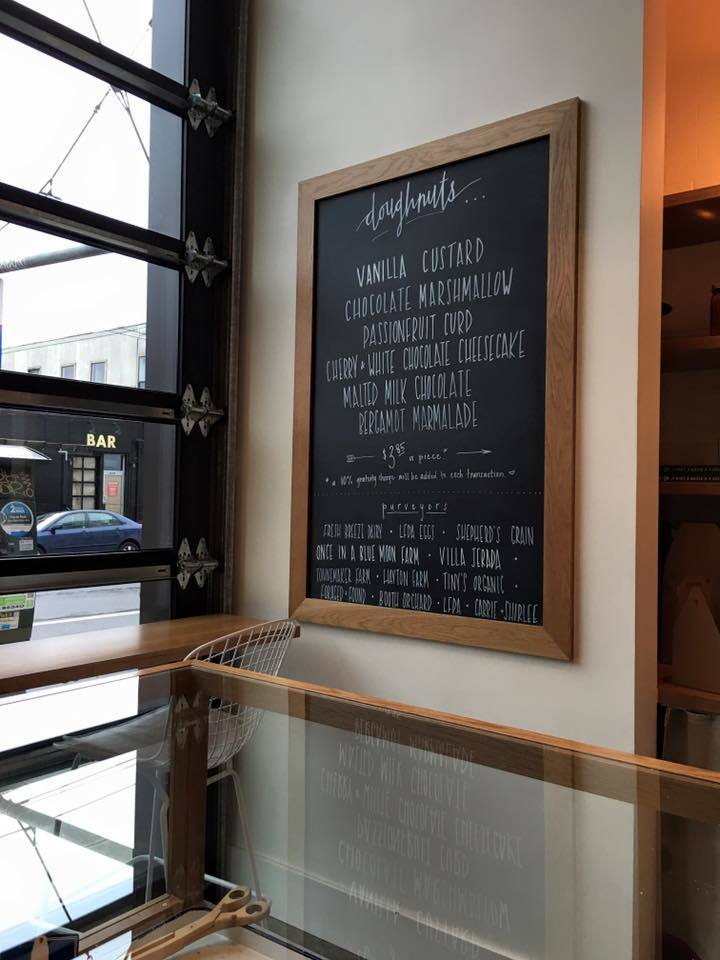 Oh my. If you didn’t point it out and I didn’t specifically l looked for it, then I would have missed it.

Between this prior thread: Danny Meyer Abolishes Tipping and this one about adjusting tips based on increased minimum wage for servers: Is it ok to tip less now with the new minimum wage hike? (SFBA), I believe this topic has already been thoroughly exhausted.

A mandatory “tip” is nothing but a price increase.

Was it really described as “mandatory tipping”? That’s BS. Even though it is, in effect, service compris, this is a case where semantics matter.

A tip is, by definition, is “a small present of money given directly to someone for performing a service or menial task; gratuity.” A gratuity is further defined as “a gift of money, over and above payment due for service, as to a waiter or bellhop.”

If it is a present, or gift, over and above the actual payment due, then it is not/should not be mandatory. Period.

Some restaurants which have embraced the newer “no tipping” policy have actually eliminated the line on their credit cards where one would normally put the tip – versus the places which add a “service charge,” and still have a line where you’d put a tip . . . miss the added service charge, and you end up tipping “twice.”

I don’t mind the service charge. I don’t mind paying a little more for the food when there’s a “no tip” policy, so the employees can make a decent, living wage. But as I said above, “mandatory tipping”? What a crock!

Some restaurants which have embraced the newer “no tipping” policy
“mandatory tipping”? What a crock!

I actually like the latter approach. Mostly because in the first case, many patrons feel weird about not tipping, so they tip the same % regardless – failing the whole point. In the mandatory tip approach, people feel they have tipped already, so they would either not tip at all or tip at a lower rate. So from an implementation view, I think this will work out better.

I feel the tip goes mostly to the owner and not the server . I hope I am wrong .

Mostly because in the first case, many patrons feel weird about not tipping, so they tip the same % regardless

Some restaurants which have embraced the newer “no tipping” policy have actually eliminated the line on their credit cards where one would normally put the tip – versus the places which add a “service charge,” and still have a line where you’d put a tip . . . miss the added service charge, and you end up tipping “twice.”

I feel the tip goes mostly to the owner and not the server . I hope I am wrong .

The European service compris is 20%. Server makes a living wage with benefits and holidays like everyone else. You then have the option of leaving more euros for great service…or not. It’s called a pourboire, which literally translates to “for drinks”.

If service is awful, I’m talking to the manager…so no change there, either.