I have really enjoyed Carl’s smoked salmon at Grindstone Neck of Maine.

Oooh, so many options. I’m glad I’m starting early! He did mention smoky, so that’s going to guide me. And I did notice a pastrami salmon, which piques my interest. Thanks for all the recommendations. I’ll keep you posted on what I end up getting.

Does your friend prefer hot-smoked or cold-smoked? I ask because they’re worlds apart. I love hot-smoked but don’t care for cold-smoked, and I have a friend who feels the same way.

This place is great - I get their salmon weekly. They do mail order gift baskets.

Heidi, sounds like you have plenty of excellent options but I’m going to throw another one out there.

I live near Seattle and have also lived in Alaska, so I’ve eaten many different kinds of smoked salmon over the years. (All Alaskan)

Costco.com has 2.5 lbs of Smoked Alaskan Sockeye salmon for 49.99. It’s from a local fishery that purveys excellent products. The brand is Trident. Hope this info might help someone save someone a few $$. I have gifted it at the holidays many times.

That’s a critical piece of information that I left out. I’m in the USA.

Ah, that’s a pity as I’d like to have recommended the Manchester Smokehouse.

But I’ll just tell its story instead.

Joseph Hyman originated from Russia but had emigrated to Britain before he decided on a further move to America. He left his wife and child behind and went to see if they could make a life there. His sailing was on the maiden voyage of the Titanic. Obviously he survived the sinking , otherwise there would be no story to tell. Once in New York, he discovered the Jewish owned delis and decided he could start a similar business back in Manchester (we have long had a Jewish community in the city). So, once home, he opened his deli, naming it the Titanic, in 1913. It only closed a year or so back. But the Smokehouse has been opened by one of his great grand children and the salmon is still smoked to Joseph’s original recipe. And it’s a great product with a real backnote of smokeiness.

I second Mt. Kisco Smokehouse… A friend sent a small basket of salmon, spreads, cream cheese, etc. when I was sitting shiva for my dad. Very nice presentation …

Link to Harters’ Manchester Smoke House…Prices seem reasonable, if you discount the round trip airfare from the NYC area!!!

Smoked Scottish Salmon made by The Manchester Smoke House ltd

The finest Smoked Scottish Salmon around. Made with Fresh Salmon, pure salt and oak smoke. An age old recipe that survived the sinking of the Titanic

I love the hot smoked from Costco on the regular, 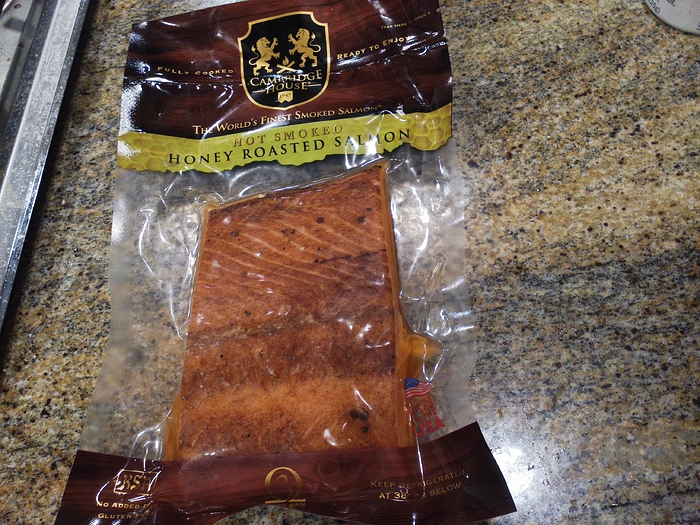 …but I like cold smoked when I can get a real bagel. When I was a kid in NYC, we used words like “lox”, and “Nova Scotia”. I don’t think that would as well for mail order.

I don’t know this store, but their overview is pretty detailed in explaining all the differences: