Founded in 1989 by native Macanese, Adriano Neves, A Lorcha is one of the most long-standing local restaurants offering Macanese and localised Portuguese cuisine in town. Its strategic location, round the corner from the historic A-Ma Temple (built in1488, and which was the origin of the name of Macau itself), ensured a long stream of customers most of the time.

There was a huge crowd of A Lorcha customers whom we mistook for a tour group assembling before they proceed to the Ah-Ma Temple - they were actually waiting for the restaurant to open its doors at 12.30pm sharp! I think one can also call to book ahead, which we did not, but there was only two of us in our party and we were third in the queue. Anyhow, the restaurant just managed to accommodate everyone on this particular day. 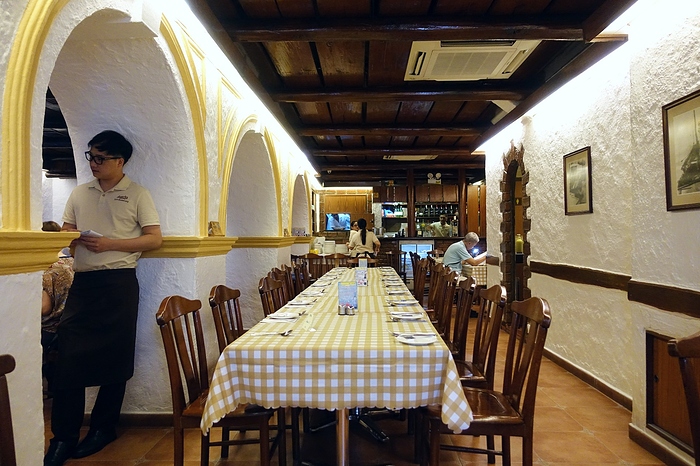 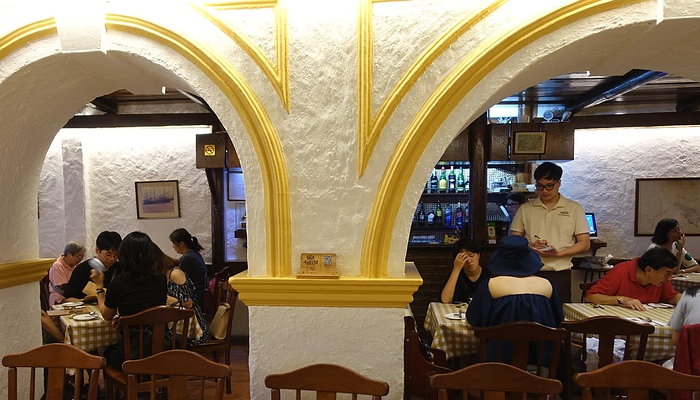 We decided to skip desserts (as we were disappointed by the standard of the dishes we had thus far), but were pleasantly surprised by some very nice butter cookies, given out to celebrate by the restaurant to celebrate its 30th anniversary this year: 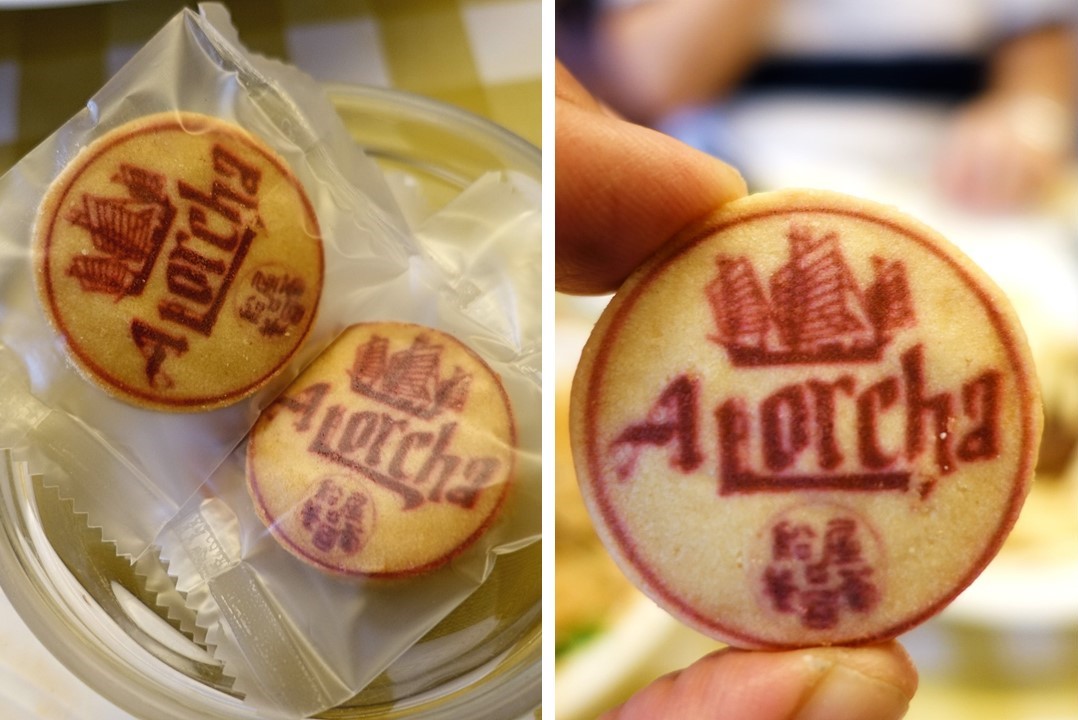 A Lorcha was once rated as “the best Portuguese restaurant in Macau”. That must have been a couple of decades back. These days, although it still has one of the most recognizable names in Macau’s dining world, its cooking did not have that little bit extra which can set it apart from others around it.