I have lunchtime appointments in Mission Bay and am looking for restaurant recommendations near there or along the south eastern edge of SF.

We have our infant in tow, so need a place that doesn’t get too slammed with crowds, has easy parking and seating, and has something interesting enough to warrant not eating closer to home on the Mission/Noe Valley border. Any style of food is fine except for standard American breakfast/diner stuff.

Some options we’ve tried so far overlap with a previous request for commuting breakfast near 101.

I am not suggesting quality since I haven’t been there. But here’s your favorite style of HK noodle: 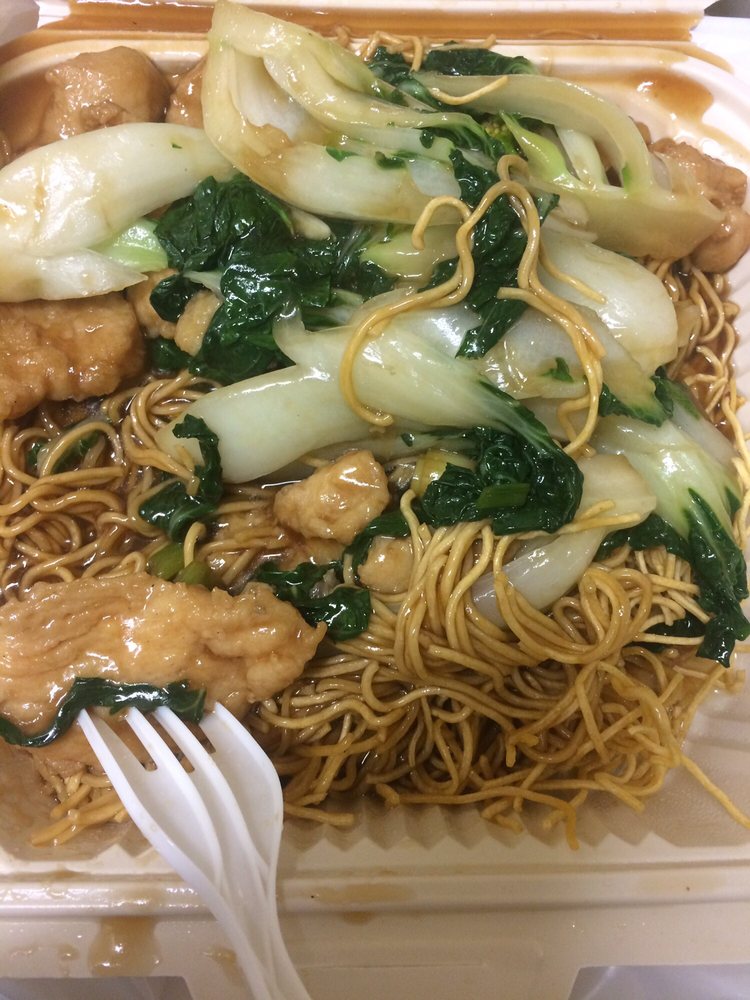 So if they can pan fry the noodle, I assume you can ask them to layer on top of it whatever you want.

How about Moshi Moshi? Or is the parking there too hard around lunch? It’s fairly easy in the evening.

When I meet up with friends who live on the Mission Bay campus we’ve gone to the food truck pod http://sparksocialsf.com/schedule/ , mostly out of convenience because it is easy to walk and eat/drink there with their toddler. Nothing too exciting, and the trucks rotate. Last time I remember enjoying the yucca fries with chicharron from Panchita’s Pupuseria (which I think is permanent) so much I was a little mad I let the toddler eat almost half the yucca. It doesn’t really matter to an infant, but they have high chairs and are very family friendly.

Two others that have been on my list to try:

Mestiza, a mostly Mexican, somewhat Filipina restaurant from Sophina Uong. It’s out of your range on Bryant & 4th, but since they are all short metered spots there are often open spots. I haven’t been, so I obviously have no idea if it’s good or crowded, but I’ve loved her cooking at several East Bay restaurants–from Pican to Revival to Calavera.

Radio Africa Kitchen. I’ve never been able to figure out from online comments whether it is a blandized version of random African and Louisiana dishes, or whether it is great. I don’t know why I haven’t made it over to find out for myself.

I met a friend for lunch at Serpentine recently on a weekday and drove around for 20 minutes searching for parking. It’s brutal down there

Yeah, likely things are bad around lunch. It always was worse then, about 20 years ago when I lived in that neighborhood, because there are still a lot of businesses with people grabbing a quick lunch.

MoshiMoshi is a spot I think of more at about 8pm. Parking in the evening down there is still better than the mission or similar, but not what the OP asked…

The good news for serpentine at least is parking on Indiana and further toward the bay.

Parking is easier toward Caltrain. That’s why I stopped getting “quick” snacks from Neighbor Bakehouse.

I really like Piccino (across the street from Aina). I will probably get pushback, but we love Mission Rock Resort. I’ve had brunch, lunch, dinner, and oyster happy hours there dozens of times and feel it’s very solid. I work across the street from Spark Social (the food truck park on 4th). If you don’t go there all the time, it’s generally okay, but my enjoyment of food trucks has waned by about 95%.

Also parking is pretty easy around Mission Rock Resort, at least around brunch-time on weekends.

I have a super soft spot for MIssion Rock Resort from before their gentrification, and then the nostalgia prevents me from going back, but it is “on the list”. I would expect them to be solid, though.

Long Bridge Pizza with Mr. and Mrs. Miscellaneous for dessert. Went to Long Bridge after the Craft Museum and their pizza was better than I remembered it from when they first opened. It had a softer crust, not Neapolitan but leaning more Neapolitanish.

As much as I love Mr & Mrs Miscellaneous, and I do love them deeply, I have been stuck a few times when they’ve been closed after I took the trip “all the way” down third.

They are my favorite ice cream in SF, but yes they have limited hours and I’ve also gone by to find them randomly closed.

I really like M&MM. I made a pilgrimage to Tosca’s in boston last week, and I am reminded of the similarities, in terms of texture and approach to flavor. I just wish when I go to MMM they are actually open, sometimes it’s hard to remember their exact tastes when I taste them only once a year.

MoshiMoshi is a spot I think of more at about 8pm. Parking in the evening down there is still better than the mission or similar, but not what the OP asked…

Thanks for the recommendation – – I snagged a parking spot nearby and had no problem getting seated right away.

I appreciated that they explicitly list sushi rolls under the “traditional” or “Americanized” labels. We were in the mood for the latter and got a Golden Gate roll, which was compact and easy to eat in one bite. The best chicken katsu I’ve had in a while, and also very good octopus salad and grilled mackerel.

There have been big changes at Huli Huli, which will become Sunday Gather, and now opens at 9am. 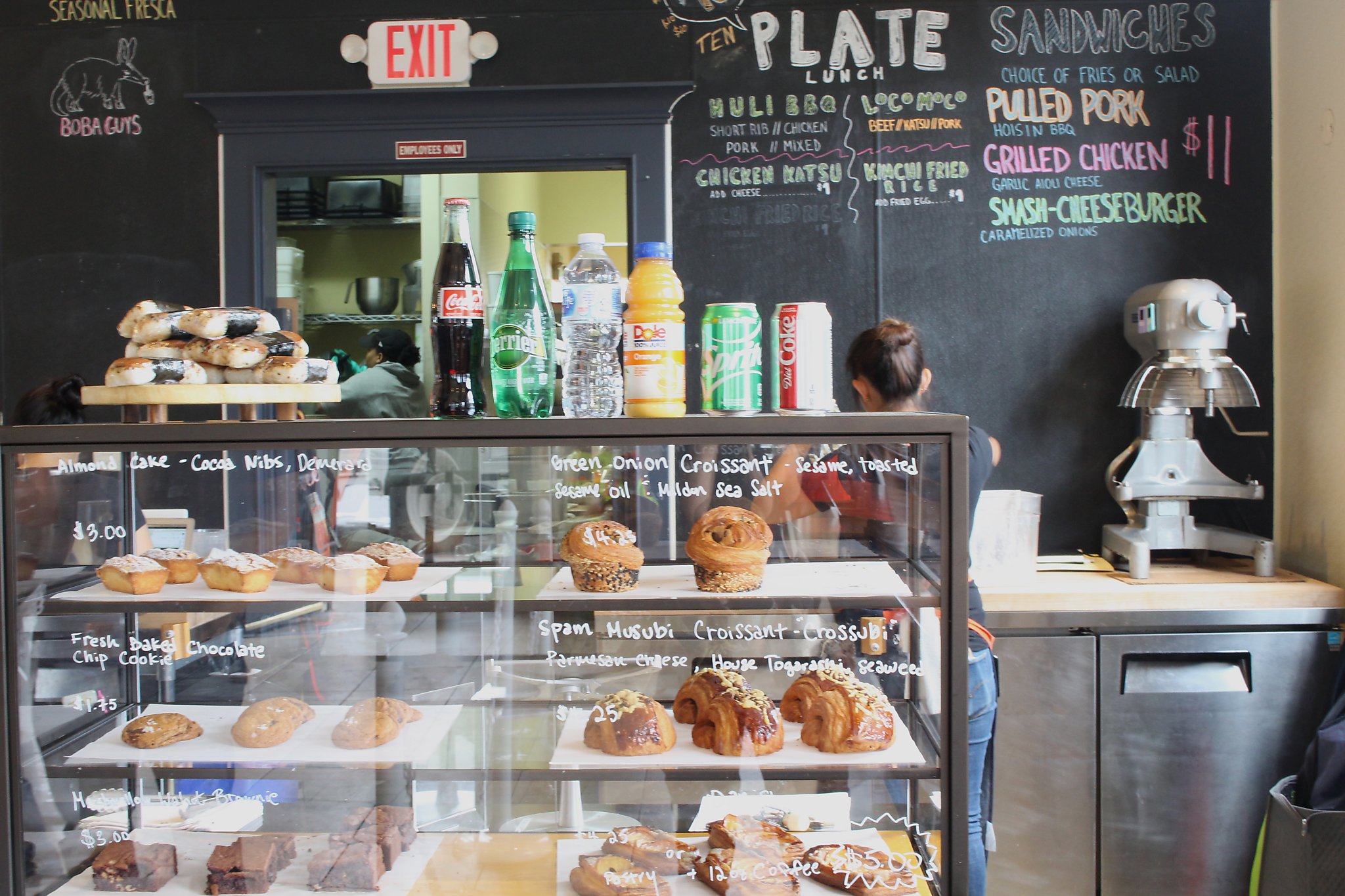 What do I like… not the sushi. The chicken karaage is very good. We’ll get a little salad, a grilled fish maybe, whatever strikes our fancy. I usually take a barrel aged negroni. It’s just super pleasant.