Please, no political discussions. Thank you.

I choose not to follow general/political news. I’ve mentioned that I stopped reading news.

But please do go on.

THANK YOU. It would be against the site rules, in any event.

I haven’t tried Albanian byrek, but I love Serbian, Bosnian and Croatian burek, Turkish boregi, Macedonian banitsa, all the Greek tyropitas, prasopitas, spanakopitas and hortopitas and bourekas, Israeli bourekas and North African brik. I’ve made made about a dozen types so far. I like khachapuri and peinerli, too!

Some online Albanian recipes seem to use ricotta instead of feta, fresh mizithra or kashkaval cheese.

If you have made that many then Albanian byrek won’t be a challenge at all. Albanian versions are a lot simpler. Albanians take some of this and some of that from its neighbours and invaders and make the dishes simpler. This is how I would sum up the gastronomy of Albania. I’ll tell you something more, though, as I’m not the type who tells only the positive sides of things… when you cross the border into Greece it’s like flipping a switch. The food has more depth and creativity. Quality of ingredients is much, much higher.

I was told by an intelligent young girl, whom I met in her home town in the north 7 years back, that because Albanians are poor they don’t have much to add to their dishes. She spoke English fluently and I took the opportunity to ask her many questions about the food culture and Albania in general, which she translated to her mother and told me the answers. (Btw, I found the girl again, via her family, when I went back to her home town. We are in touch and planning future meetups.) 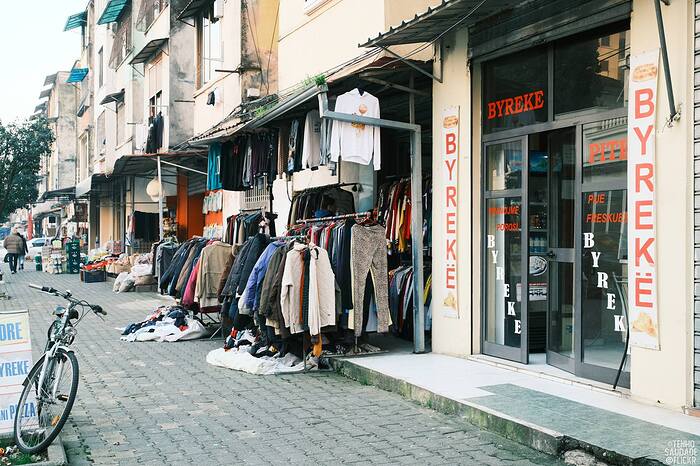 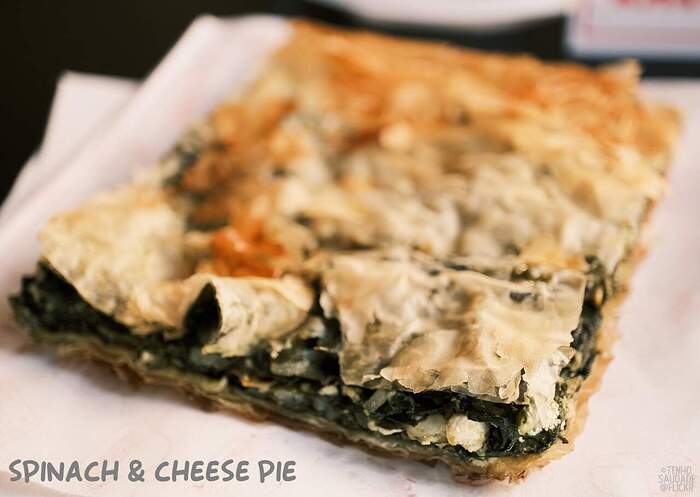 1280×910 72.5 KB
I find it interesting that Albanians drink yoghurt alongside their byrek. I was given a cup of yoghurt with my spinach pie and instructed to take a bite, then take a sip of yoghurt (it’s thick but drinkable). I like the combination. 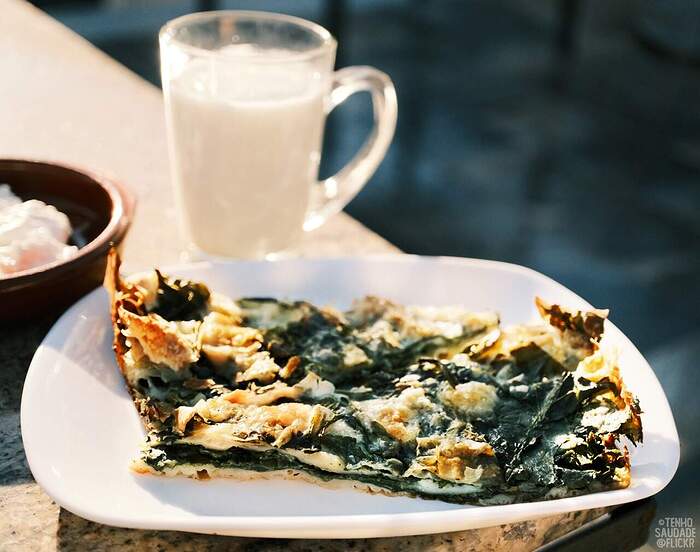 1280×1010 109 KB
And no, they don’t use Feta-like cheese (called “white cheese” in Albania) in their byrek. The cheese is soft and mild. Can be ricotta or some similar Albanian cheese. 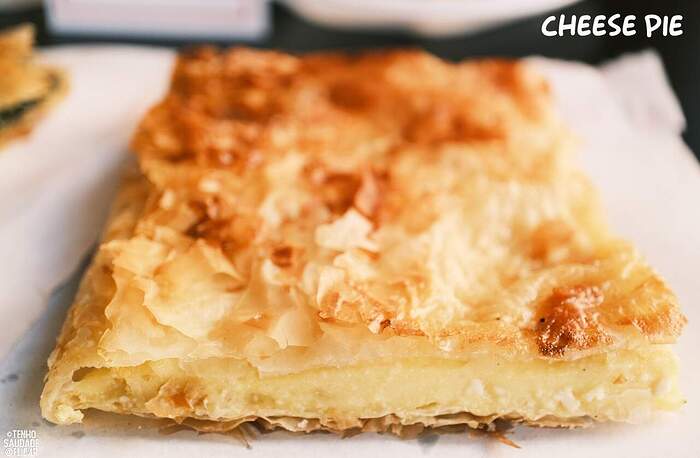 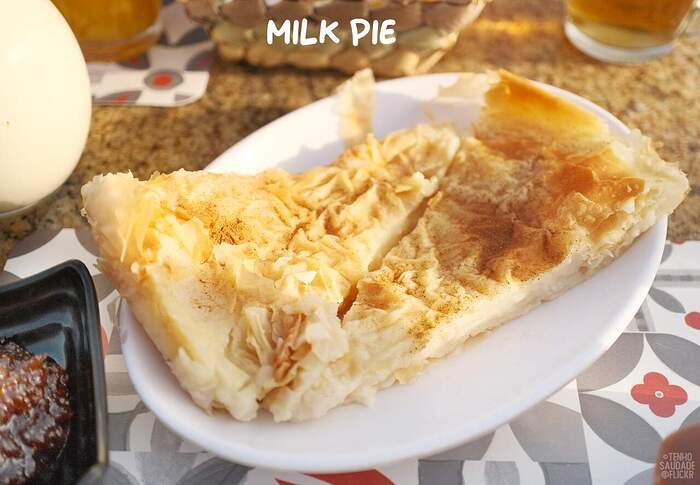 1280×888 92.9 KB
Home-cooked breakfast and dinner every day in Gjirokaster, where we were the only guests that week: 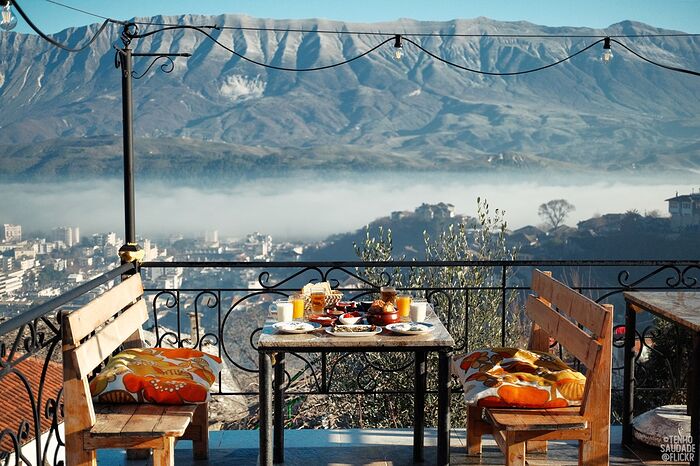 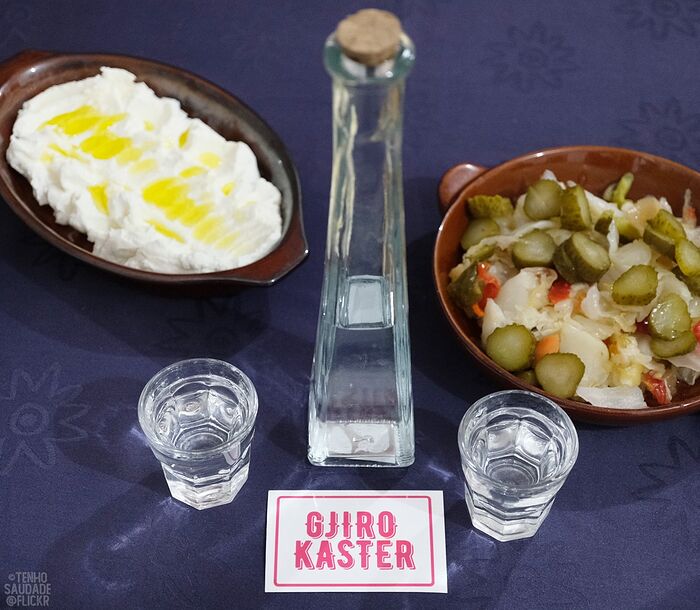 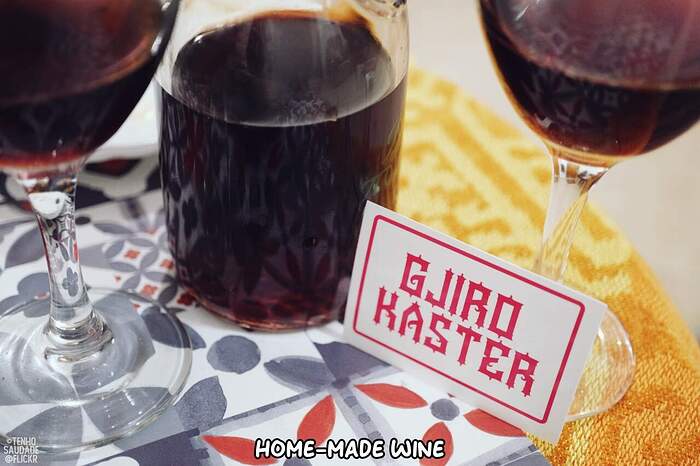 My building manager is an part-ethnic Greek /part-ethnic Albanian from Kozani married to an Albanian, living in Canada for 20 years. Yes, definitely, the ingredients available to Albanians affects their cuisine. The northern Greek province of Macedonia is known for it’s delicious pies. The pies from the FYROM (the country of Macedonia north of the Greek province) taste the same- borders are superficial. Same skill set, what you can make depends on what ingredients you can grow or buy, and how much money you have for food.

Cuban food in the States can often be much more nuanced , made with more varied ingredients and made with higher quality ingredients than what most Cubans can make in Cuba. Same type of situation. 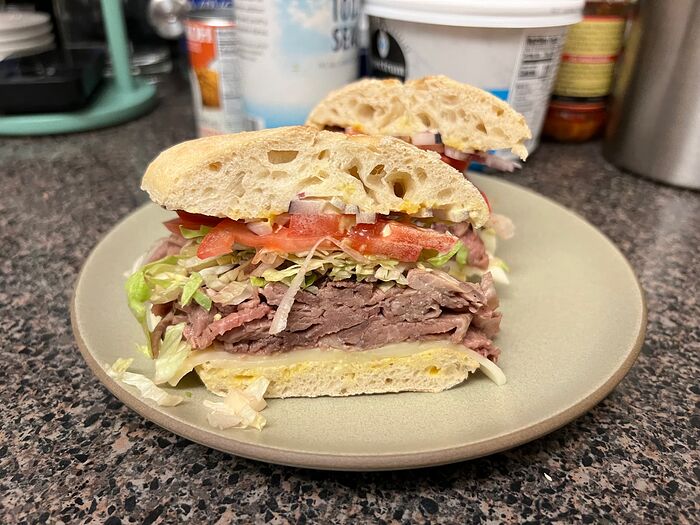 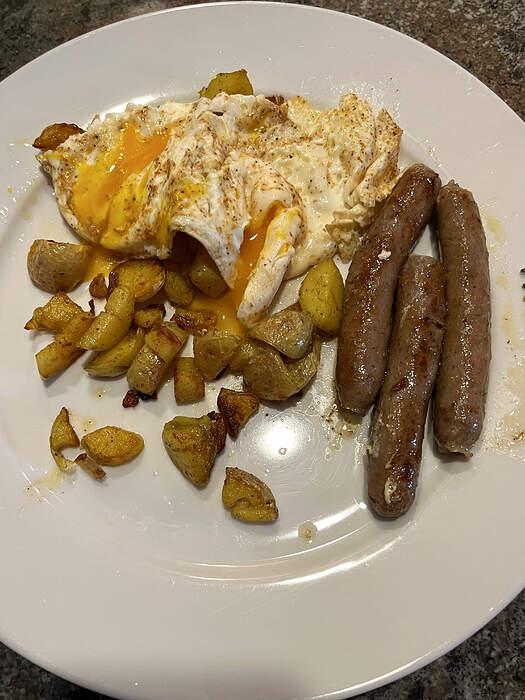 Carefully plated as ever

There is little prior coordination of dishes, but everything averages out awesomely.

Food, food, and still more food. We ladies are like Napoleon’s army: we march on our stomachs!

Masala chai at the end. So we stay awake to drive home. 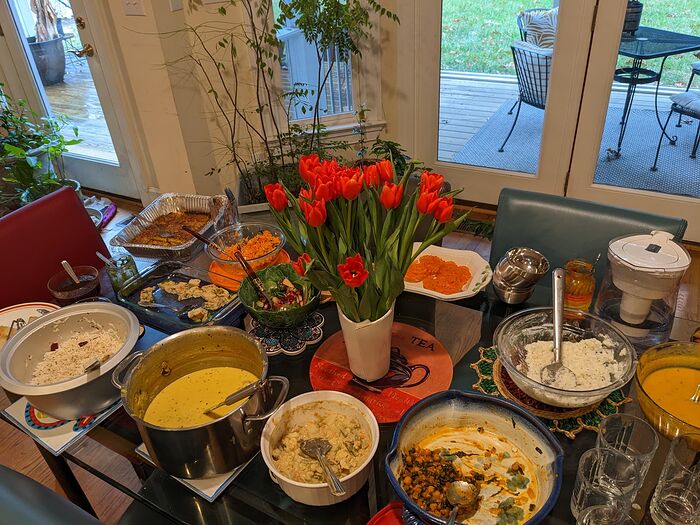 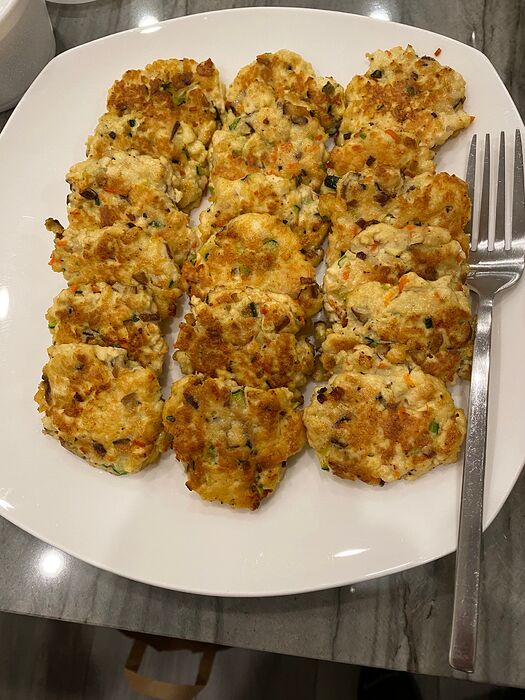 In which I attempt to atone for my mediocre corn tortillas by turning a leftover tortilla into chilaquiles. 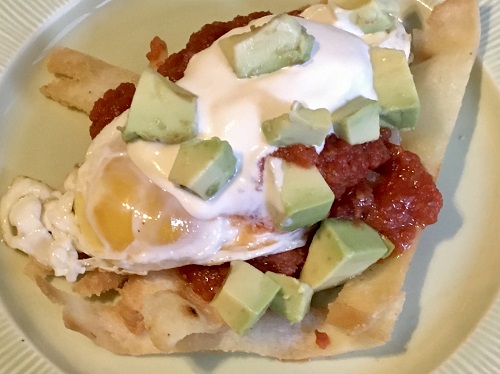 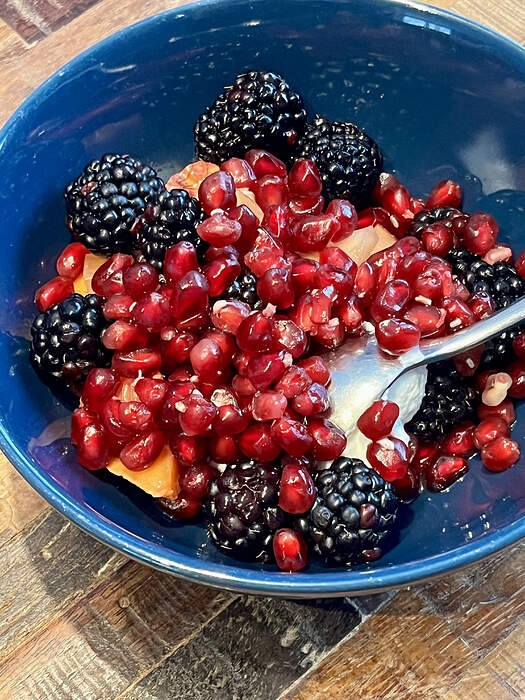 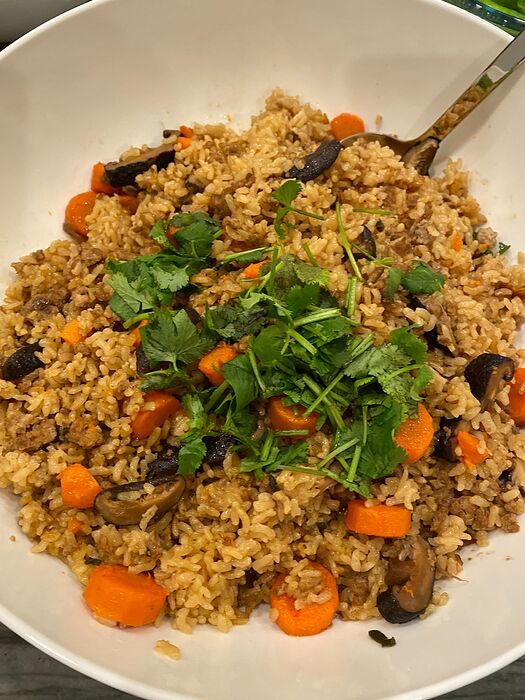 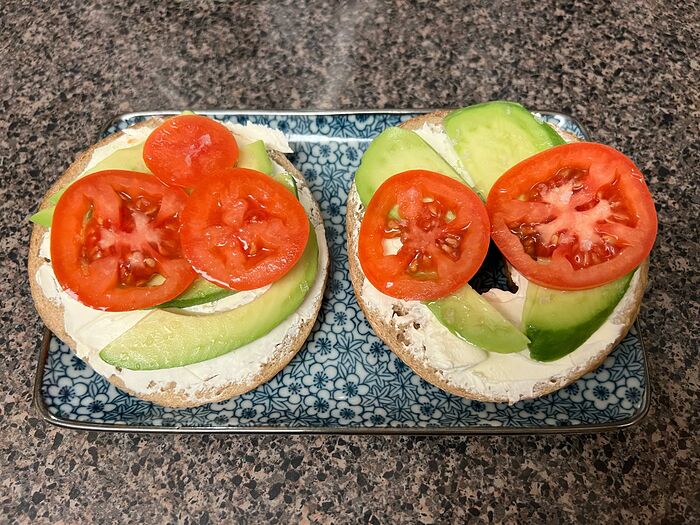 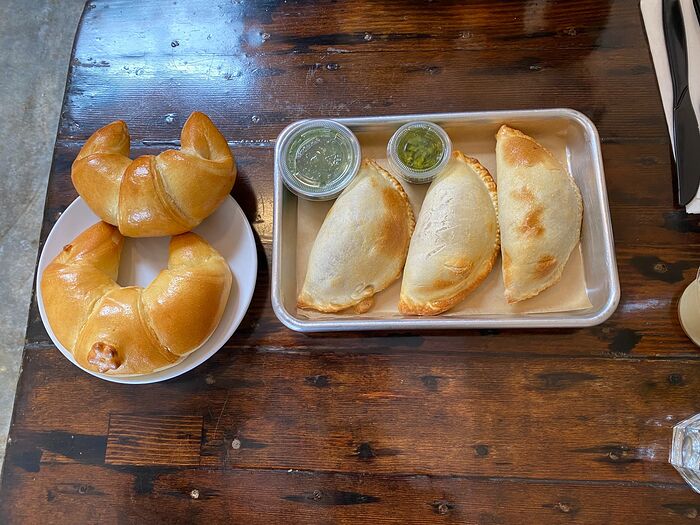 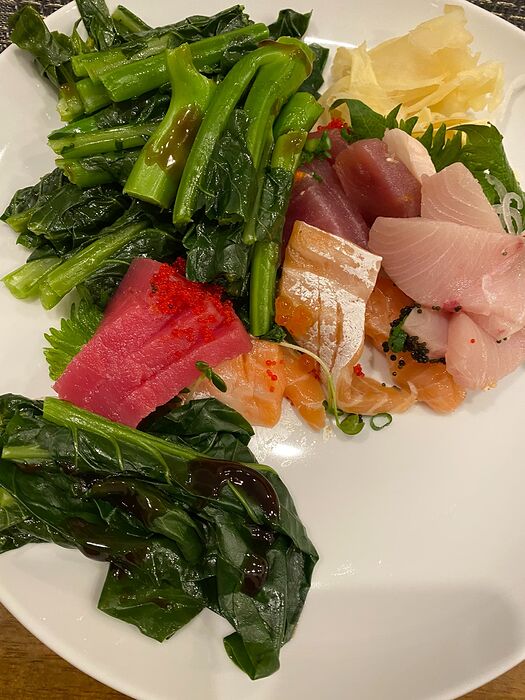 Brunch today was served at lunch time! So, I’m posting it here. We had Saoji Egg Curry with a garlicky raita and pita bread. Write up of the dish can be found over on the current COTQ thread, Maharastrian. 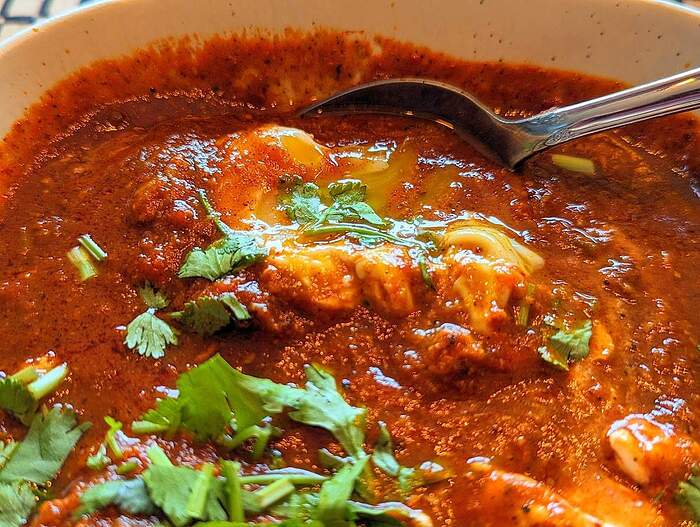