Love N Haight Deli is a small sandwich shop located on Haight Street. They serve vegetarian and vegan sandwiches along with salads and falafel. I’ve started doing meatless Monday recently and have been going here a lot because they make good vegetarian sandwiches that are quite filling, are reasonably priced (sandwiches are well under $10), are open late (until 2AM most nights), and one can eat one’s sandwich with a nice craft beer two doors down at Toronado, which is one of the best beer bars in the city. There’s not too many vegetarian sandwich places in the Bay Area. The only other one I’ve been to is The Butcher’s Son in Berkeley, which is fancier/more innovative and also a bit more more expensive.

Love N Haight Deli is to The Butcher’s Son
as
I dunno, Roxie Food Center maybe? is to Deli Board

Some notes on the sandwiches (haven’t tried the falafel nor the salads):

Some pictures of various sandwiches and other things: 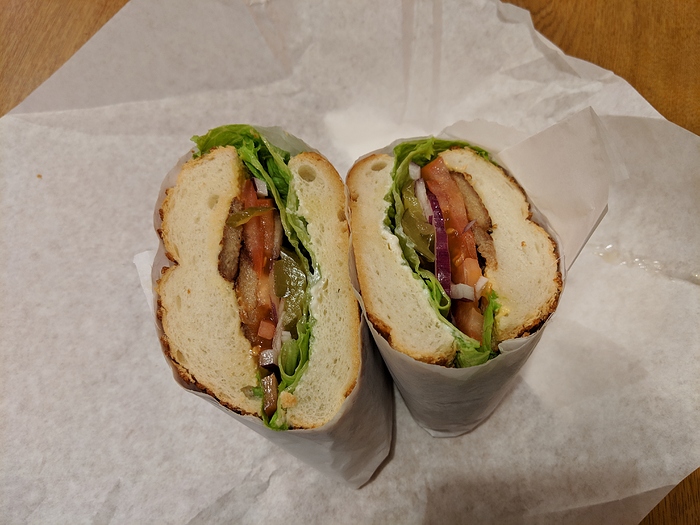 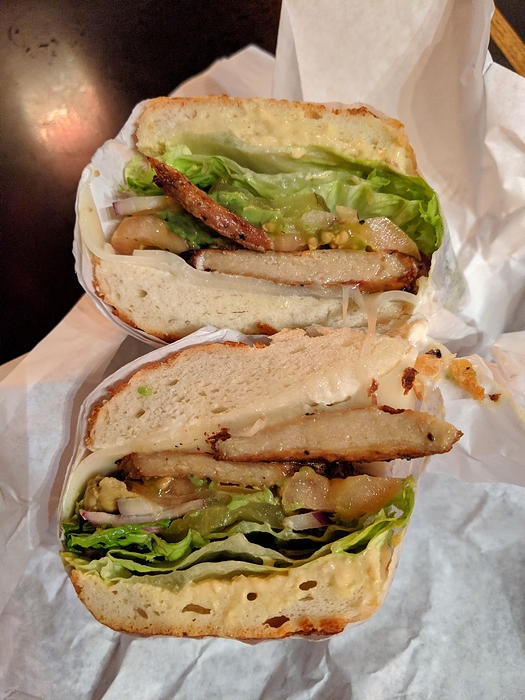 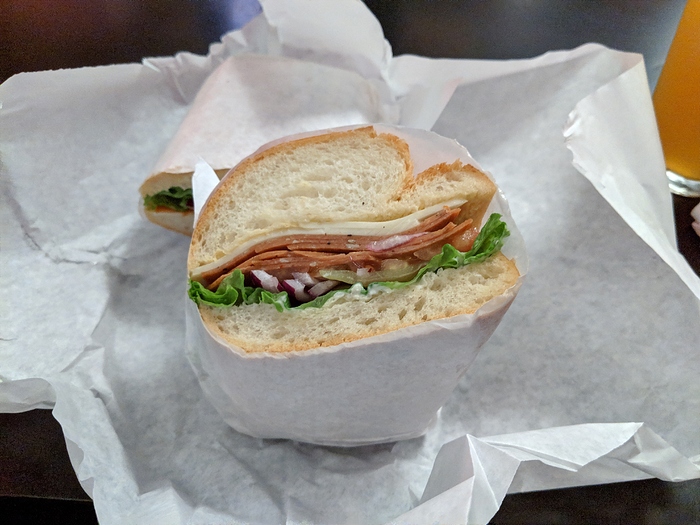 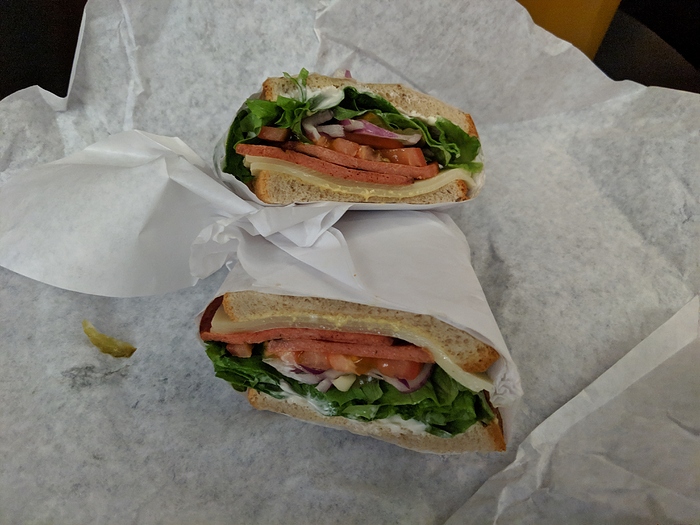 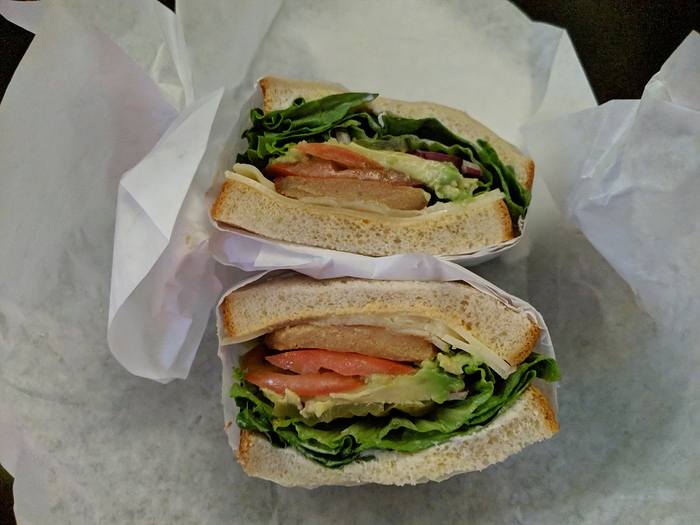 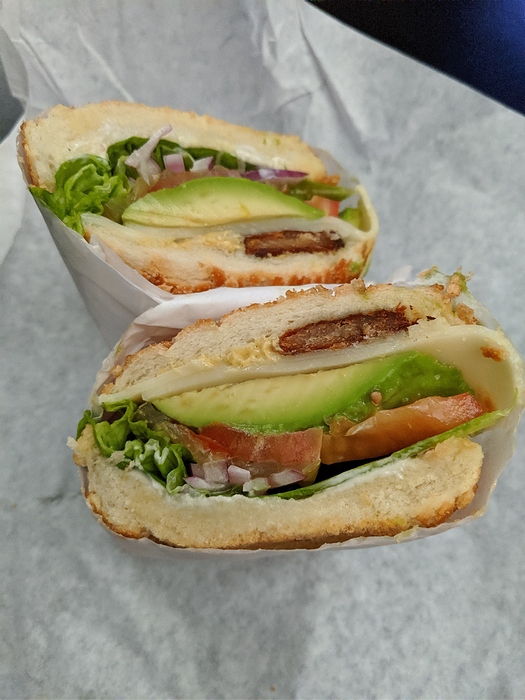 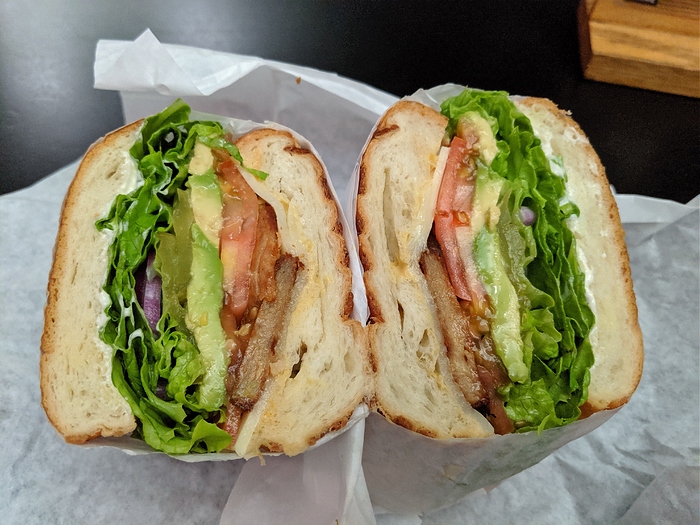 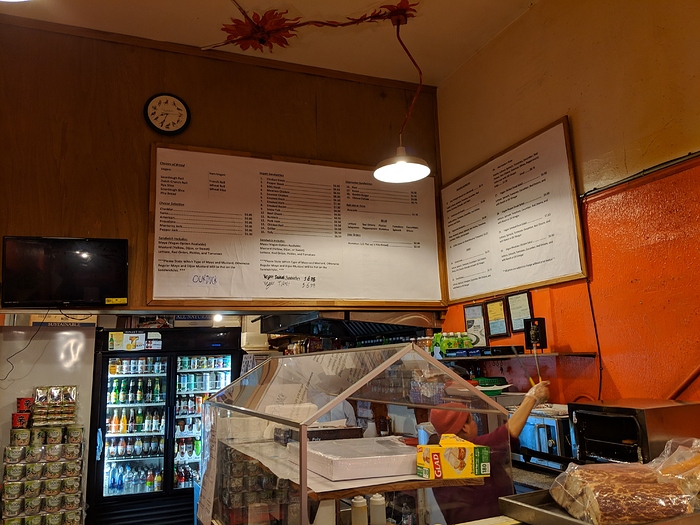 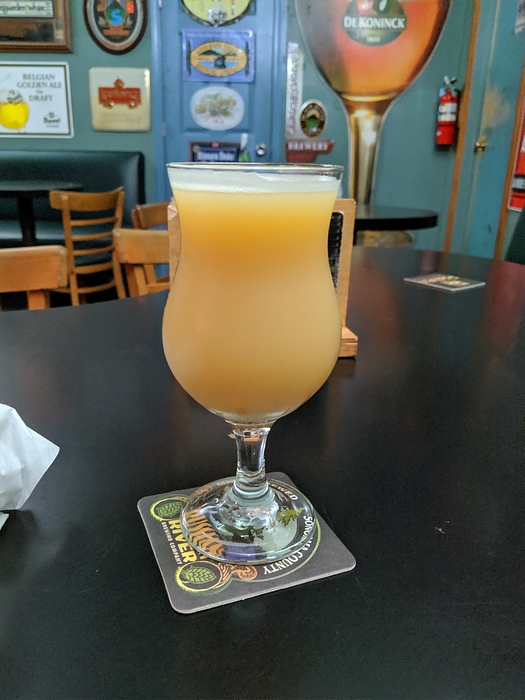 Hoodline article on the deli. Apparently they went fully veg back in 2013. 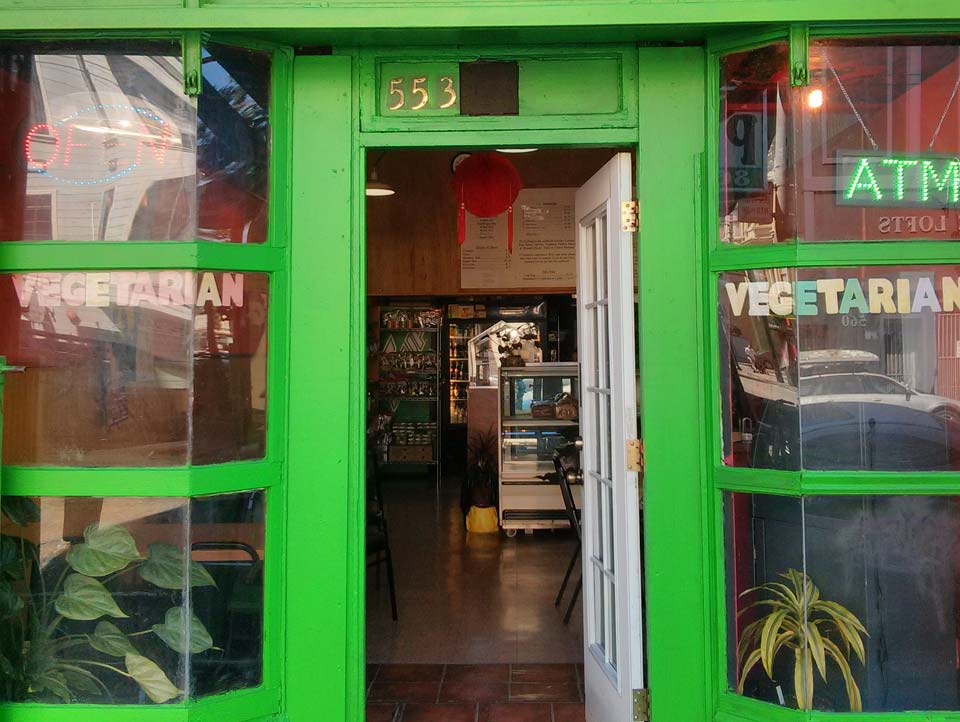 After more than a decade in the neighborhood, Love N' Haight Deli went all-vegetarian -- just like the family that runs it. 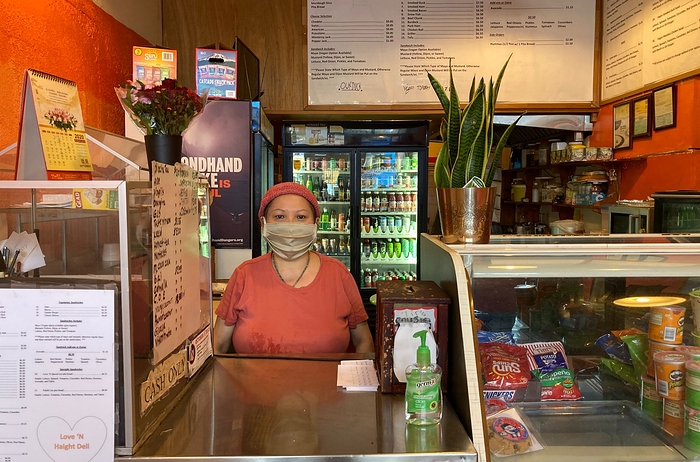 This Lower Haight institution will close its doors on October 1. 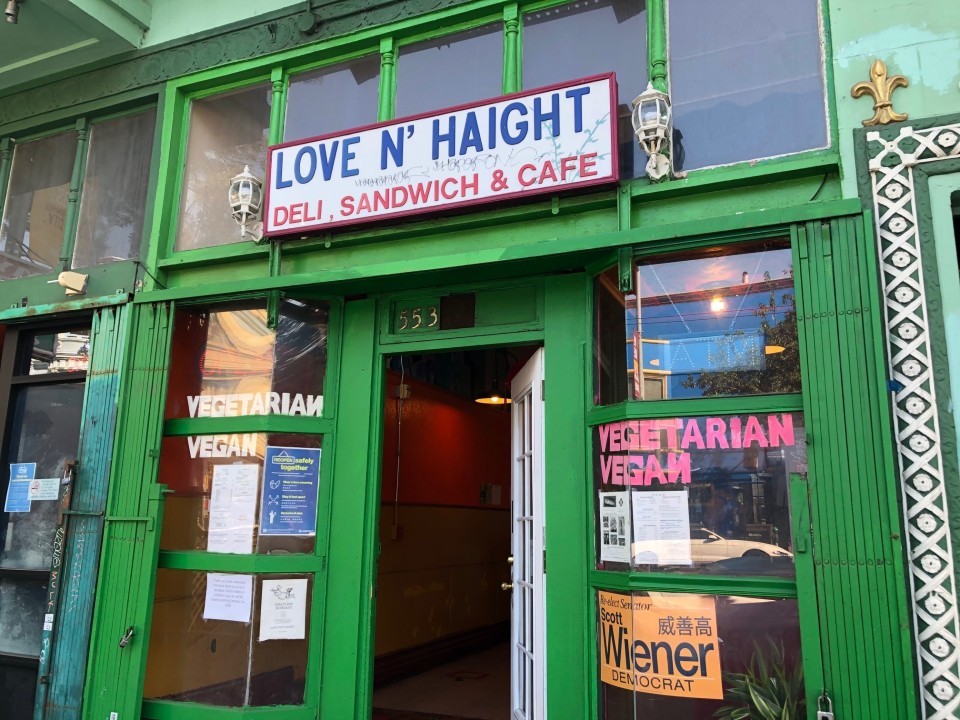 Patrons say goodbye to Love N' Haight Deli after more than two decades in the...

Today is the last day in business for Fey Chao's sandwich shop, after serving the Lower Haight since 1999.