The Butcher’s Son is a vegan deli on University Ave. in Berkeley that sells vegan sandwiches, desserts, and vegan mock meat and cheese. You order at the counter and pick up your order when called. I tried their steak and cheese sandwich ($10.95). The “steak” in the sandwich consists of thin slices of I think a wheat gluten, fried with onions and mushrooms and mixed with “cheese” that resembles American cheese in color. Topped with vegan mayo, pickled jalapeños and shredded lettuce on a toasted hoagie style roll.

The “steak” didn’t really taste like steak at all. Tasted like sliced up gluten. The “cheese” kind of tasted like cheese, but had more of a thick salad dressing texture. I liked it despite not being fooled, pretty good for a fake meat sandwich. Still prefer the real thing though. The vegetables were of course not fake and I can’t really tell the difference between vegan mayo and regular mayo. Quite a large portion.

You get the choice of a side with the sandwich and I had the bacon macaroni salad, which was good. This actually tasted pretty much like a macaroni salad with bacon. 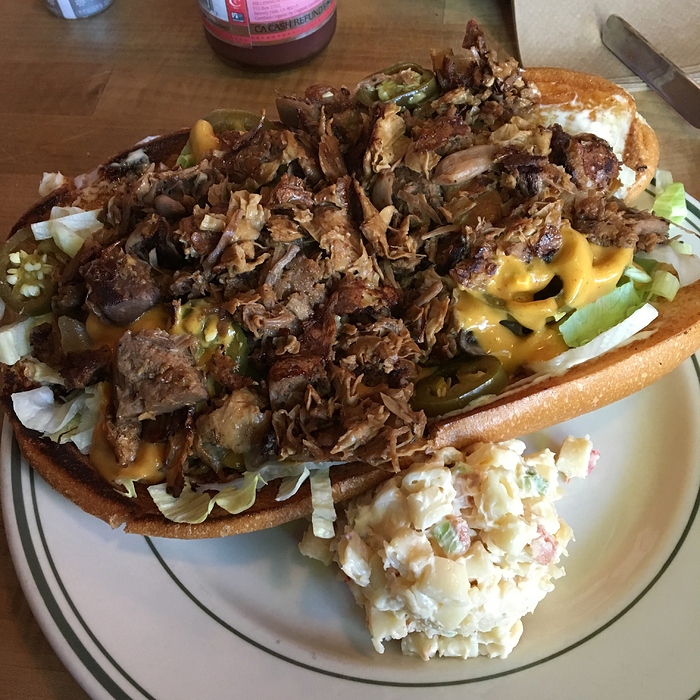 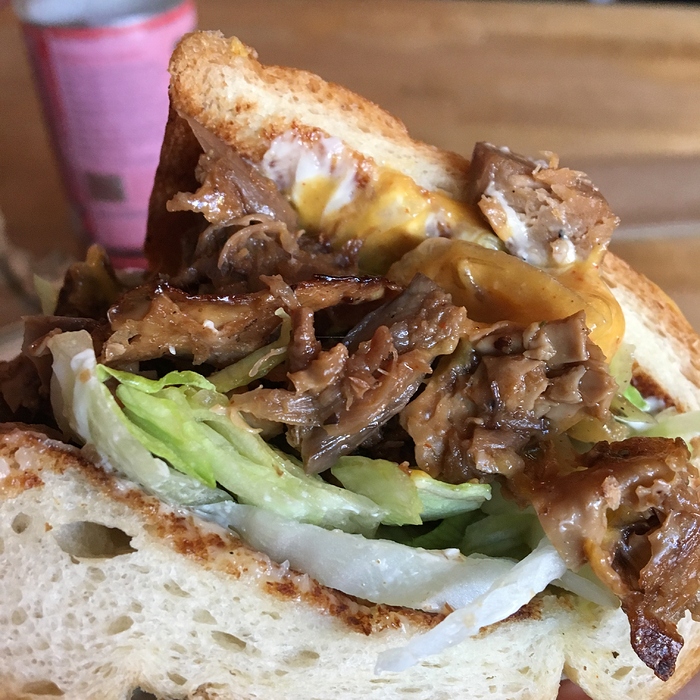 Wow! That is impressive looking for vegan meat!

I’m glad to hear the sandwiches are executed well. I wasn’t too impressed with the meats themselves on a visit last year, but a good sandwich is a good sandwich.