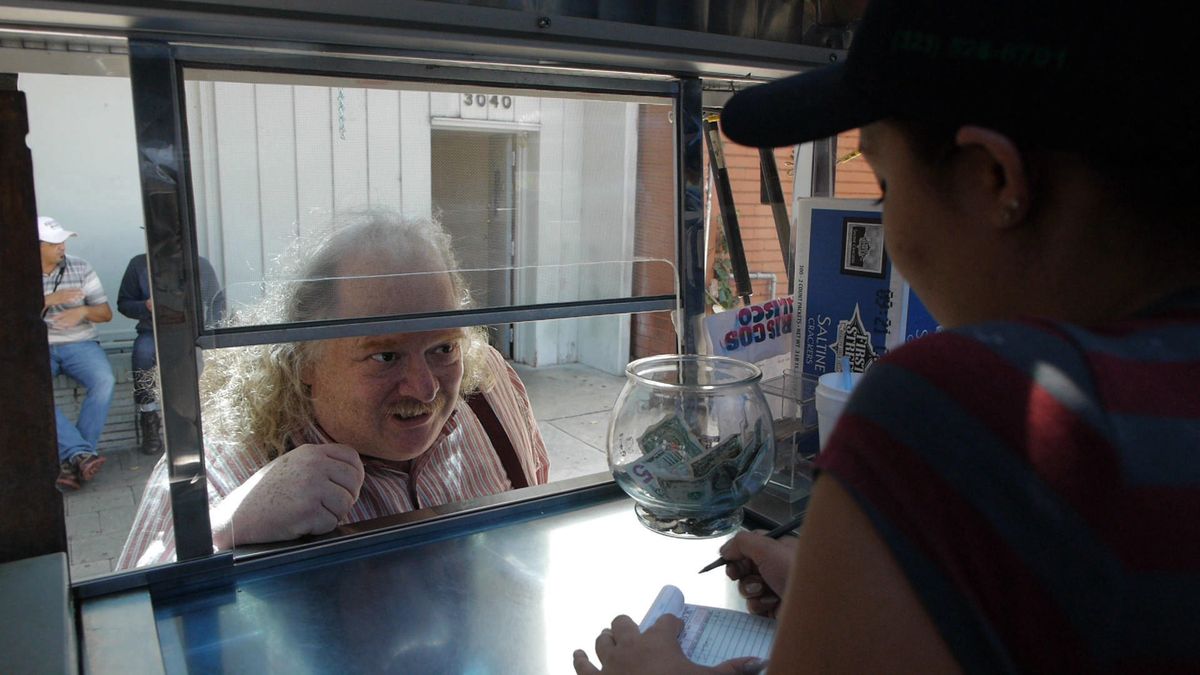 Jonathan Gold, the Pulitzer Prize-winning Los Angeles Times restaurant critic who richly chronicled the city’s vast culinary landscape and made its food understandable and approachable to legions of fans, has died. He was 57.

Man…I just finished reading the article. Friends worked with him and his wife. The documentary was a real labor of love and like the article alluded Gold helped me learn how to get around LA.

RIP J Gold. Your lifes work was a real gift to all of us.

Such a loss to the food world. My heart goes out to his family and friends. He seemed like such an interesting person with a good heart.

What an epic tragedy… apparently the cancer was too far advanced by the time he was diagnosed. The documentary left an impression on me of such a wonderfully passionate person 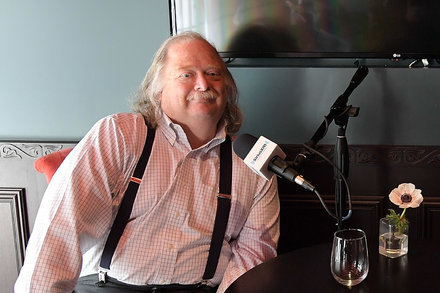 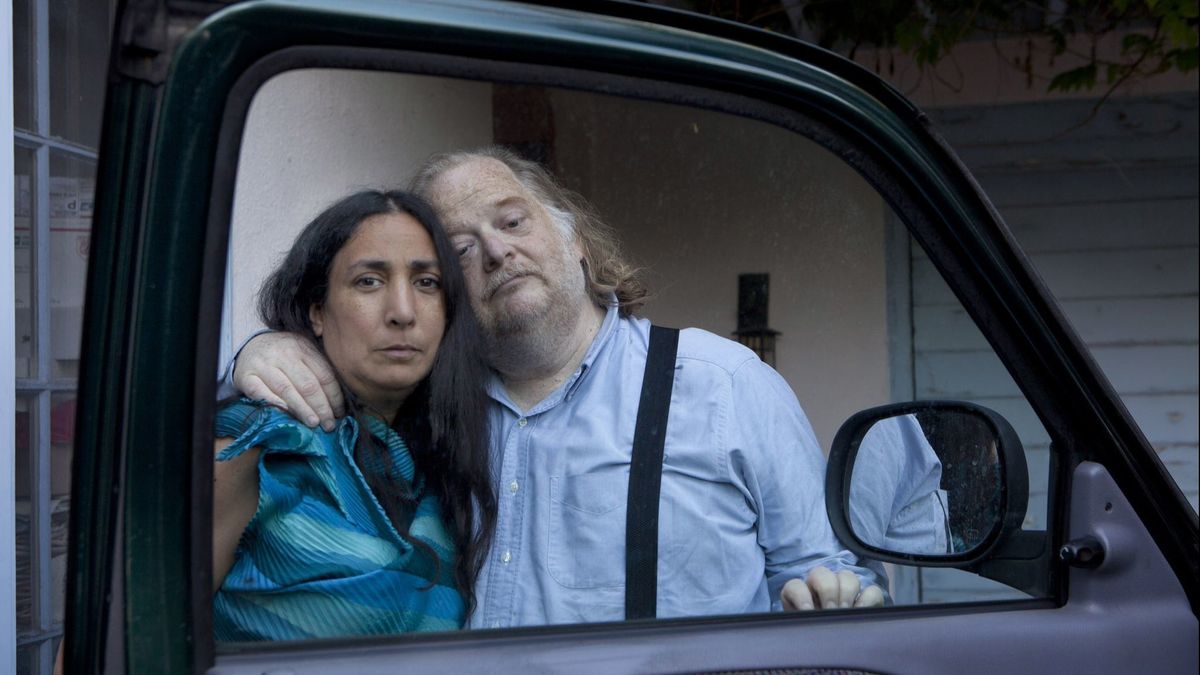 Food writer Ruth Reichl on Jonathan Gold: He gave us the keys to a hidden city

From the very beginning, Jonathan Gold used restaurant criticism as a way to talk about more than where you should eat. He understood, in his bones, the many ways that food is a powerful way to create community.

Indeed. One can understand a lot about J Gold through how he writes about food.

A bright light in a dark world, I’m heart-broken. Being born and raised in Los Angeles, I’ve read Jonathan Gold, voraciously, for years. Since food is such a huge part of my life, I can say that Gold’s writings have shaped me into who I am today.

I pray that he eats all the tacos he wants in Valhalla (or wherever). RIP.

loved his work. will really miss it.

The wonderful documentary “City of Gold” is available to watch on Amazon:

Years ago, while Jonathan was still at the LA Weekly and before he worked at the LA Times and Gourmet, I would frequently travel to LA from the Bay Area and stayed in the San Fernando Valley in the northeastern part of LA which now has over 1.7 million residents, always checking his columns for nearby places to eat. Jonathan was relentless in covering all of the many Thai noodle shops on Sherman Way in North Hollywood in the Valley.

When the Wat Thai Temple authentic weekend food stalls on Coldwater were closed in 2007 due to neighbors’ complaints about traffic, Gold tracked the still operating food stands into nearby minimalls and food courts. Wat Thai food stalls reopened in 2015.

Here is the opening paragraph on Krua Thai Noodle on Sherman Way published in 2005 in LA Weekly:

Krua Thai rocks on a Saturday evening, a mini-mall noodle shop on North Hollywood’s Thai strip, washed with blaring music, illuminated with glowing neon rings, fluorescent bulbs and the glare from backlit photographs of menu items behind the takeout counter: an unearthly glow of fried fish cakes and wet-noodle salads and glistening brown things you will never figure out how to order. Armenian families crowd into the restaurant, Mexican families feast on cheap seafood, Thai families and teenagers and groups of neatly dressed elders plow through platters of clams fried with basil and bright chiles, vast bowls of Barbie-box-pink yen-ta-fo noodles, big plates of roast-duck larb, spicy crab-fried rice, or trout steamed with kaffir lime leaves and lemongrass. Toward the end of a Krua Thai meal, the Formica tables sag under the weight of shrimp shells, oily lettuce scraps, pomfret bones, discarded satay skewers, spilled saucers of fish sauce, and bowls of noodles reduced to splashes of broth and a few gnawed bits of cartilage.

link to the full article:

I can’t think of a more influential food critic in America. RIP.

I discovered Krua Thai because of Jonathan Gold!

And Sapps and Jitlada and Lotus of Siam.

His vast knowledge of food was amazing. 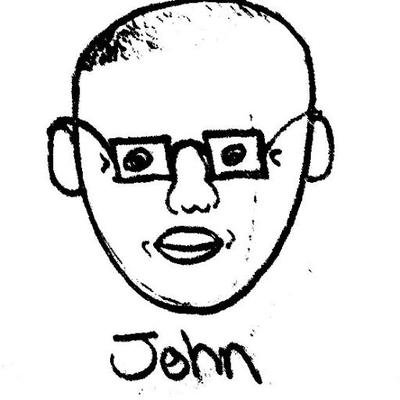 For years I had a print-out of this 2004 Jonathan Gold piece on the wall over my desk. It was food writing I wanted so bad to learn how to do. laweekly.com/restaurants/tw…

Photo by Anne Fishbein My friend Robert Sietsema, co-founder of the Organ Meat Society and editor of the food zine Down the Hatch, is well known for his insistence that the best food in New York City is always at least 20 minutes and two bus... 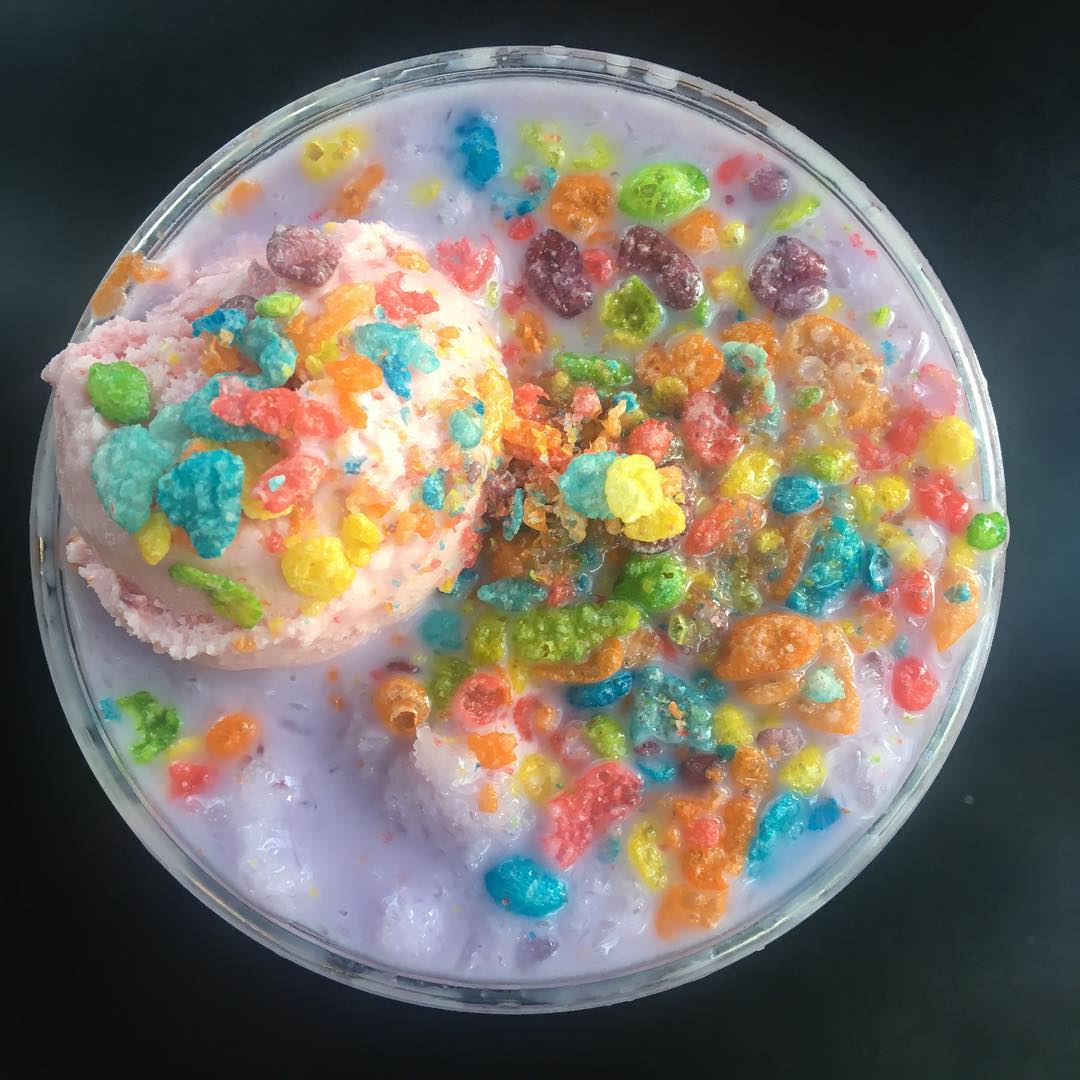 But Southern California didn’t just lose its best food writer. When the man I and so many others called Mr. Gold passed away this weekend from pancreatic cancer, we lost one of our greatest and most important literary voices. He was a scribe of a sort we had never seen before, and probably won’t again: a champion of Southern California who wasn’t a saccharine booster like Charles Fletcher Lummis or the Instagram influencers of today; a chronicler of L.A.’s streets who never bought into the noir nightmares of Raymond Chandler or Mike Davis; a superstar who was never a self-aggrandizer; a nerd who could work in a Beyoncé reference for a review about a dim sum palace in Monterrey Park without coming off as pretentious or over eager. 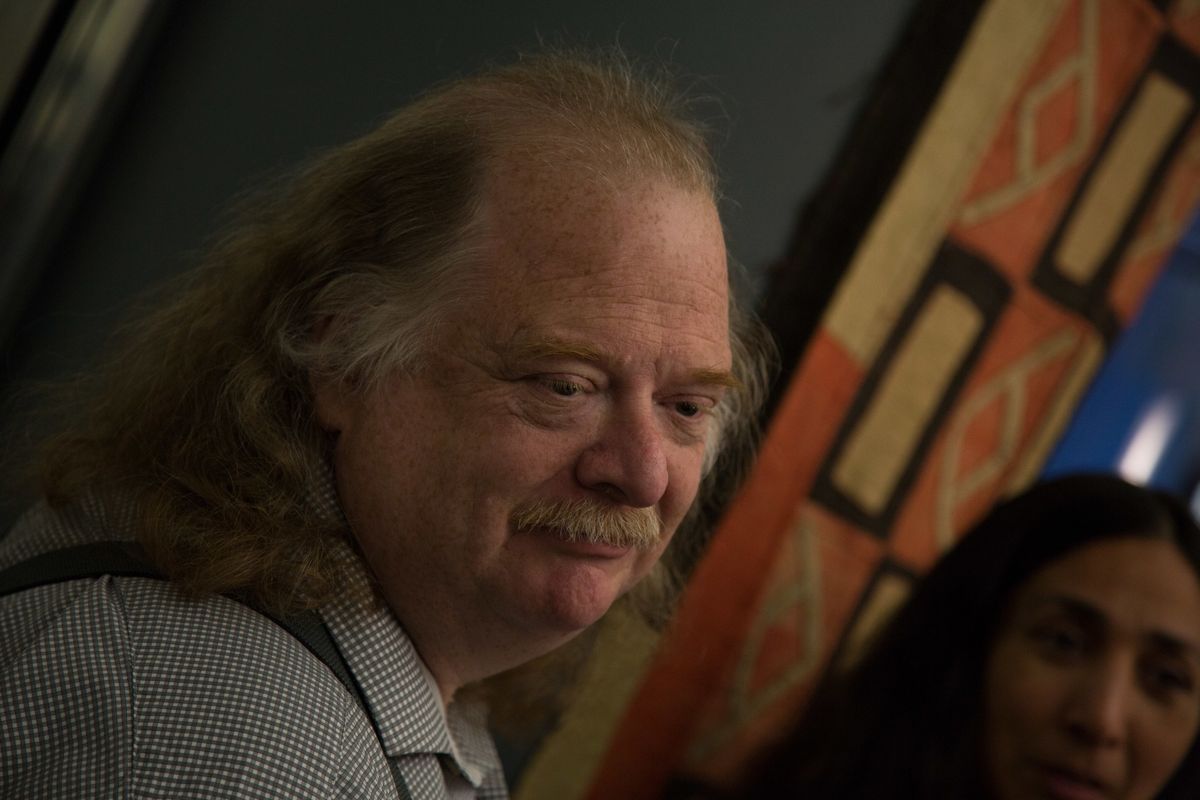 We all live in Jonathan Gold's Southern California

People used to visit Southern California for the weather, the beach, Disneyland. But a big draw now is the food.

He deserves a spot in the pantheon of Los Angeles writers, alongside Charles Bukowski, Walter Mosley and Luis J. Rodriguez. His columns have the same defining importance about our time and place as Joan Didion’s dispatches, as “The Day of the Locust.” It was through his work at The Times and LA Weekly that the rest of the country arguably discovered the Southern California that gets buzz today — a dynamic, young, multicultural hub that keeps a tenuous hold on unity through the foods we share and create. Our food in his hands became the prism through which outsiders could finally see the real SoCal.

I’m liking Arellano’s writing more everyday. I agree with him, Gold was the antithesis of the superstar self-aggrandizer, actually I can’t recall any reviews when he put someone down to make himself look good (ok, I can think of one, but to this day, I say he didn’t write it).

Unlike Bourdain (ok, I said it) and so many others, he lifted up and acknowledged. He was a light in a (food) world that can be misleading, dark and malicious. He was an artist, but more importantly, he was a writer, a believer of facts and truths. A rare combination that he possessed. He will be sorely missed. 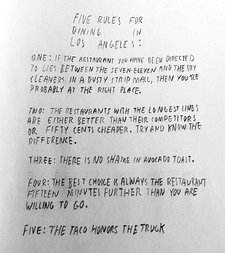 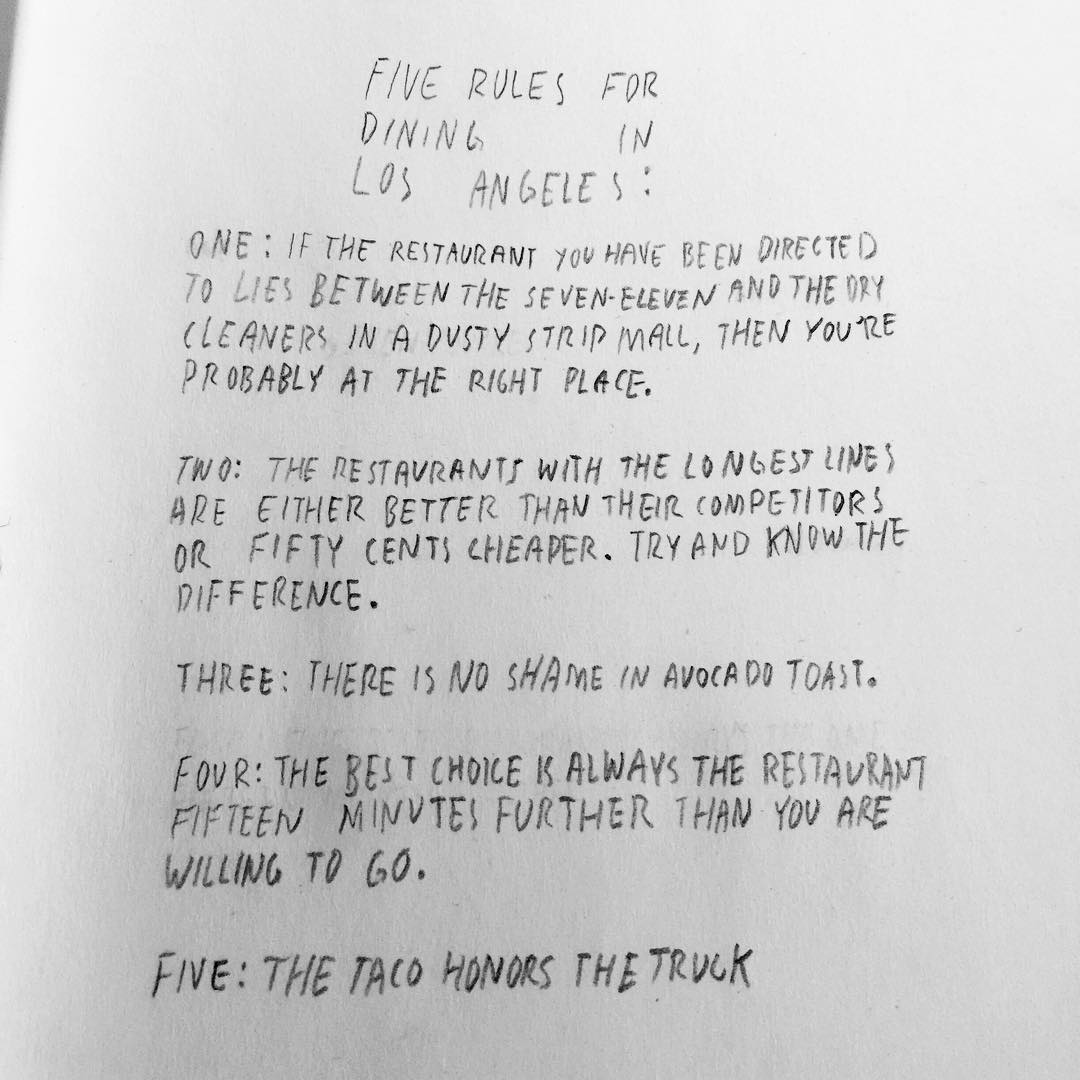 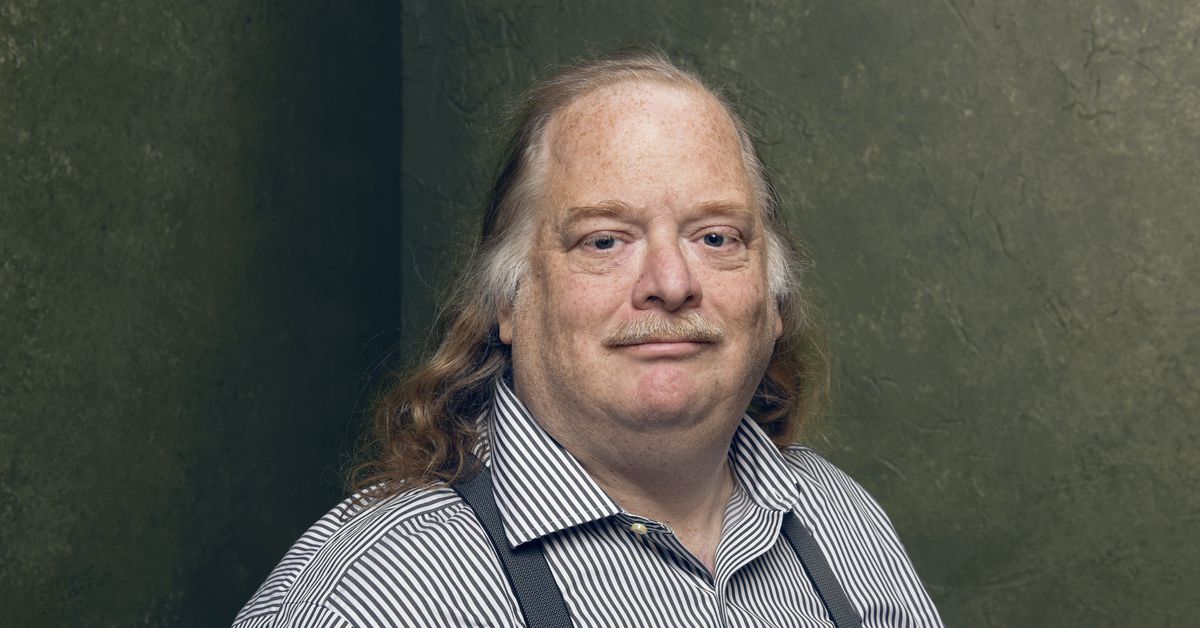 What Will Los Angeles Do Without Jonathan Gold?

The vision of the city that he championed — an equitable, multicultural, multiracial democracy — is one we must fight for

excerpts from Meghan McCarron in Eater:
…

The second-largest city in America just lost a secular saint.

And this, I think, gets at a larger truth about Gold’s importance, and what exactly he saw when he began to eat his way down Pico Boulevard, which he described as “at the center of entry-level capitalism in central Los Angeles, and one of the most vital food streets in the world.” Those entering capitalism were immigrants from El Salvador and Guatemala and Mexico and Korea and Iran, mixing pupuserias and taquerias and other mom-and-pops with steakhouses built in the 1950s for homesick Iowans and palatial Greek restaurants from a long-scattered diaspora. Pico Boulevard was the entry level for a new wave of Americans who would transform how we all eat.

And the man who built Los Angeles’s civic pride on the bedrock of this new America, while never erasing the communities here much longer, has died at a time when that Los Angeles, and that America, is under threat. For starters, the loss of a newspaper titan comes at a bleak time for Los Angeles media. With Gold’s passing, there will be no critic at all to chronicle one of the most important eras of Los Angeles dining, because its local outlets have been gutted. The institution that nurtured Gold, where he won his Pulitzer, the LA Weekly, was acquired by a literal secret cabal of investors, whose first move was to decimate the staff in a brutal series of firings former Editor-in-Chief Mara Shalhoup called “the Red Wedding.” And the Los Angeles Times has new ownership, after a hard-fought union organizing battle that exposed widespread pay inequities and came in the face of ominous planned reorganizations and cuts by the former owner, Tronc. Gold’s dedication to the power of local journalism, to specific stories of people who make our food, who consulted books about Chengdu when writing about Chengdu Taste and whose favorite word in a review was “might,” is a light we needed and one we will sorely miss.