Located on 45 Frith Street, Zima is right next door to Soho icon, Ronnie Scott’s and occupies a space which has seen quite a number of restaurants come & go - I remembered dining at EST Italian restaurant right on this spot, on the evening of 10 July 1994 when Italy beat Spain in the football World Cup quarter-finals (pony-tailed Roberto Baggio scored the winning goal at the 88th minute). Italian football fans streamed out of Bar Italia across the street from EST, cheering and singing. Frith Street became closed to traffic, and they banged on the roofs of cars trying to get through. 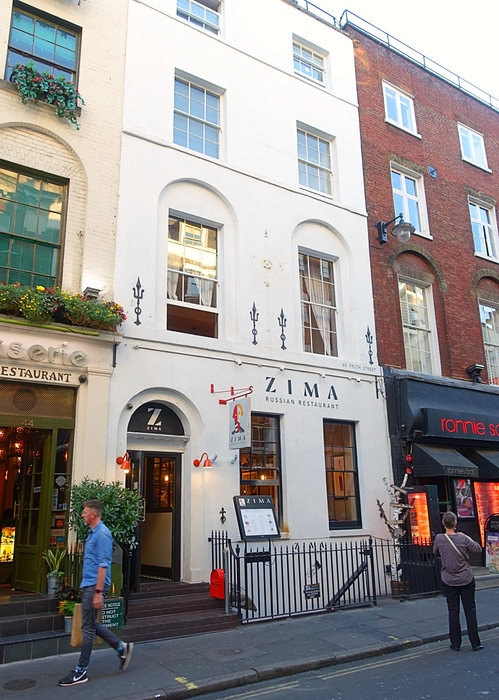 In the following years, several other restaurants had occupied that address, including La Ventana (Spanish) and Zaytouna (Greek).

Zima had first opened in March 2016 as a vodka bar, looking like a Soviet-era “ryumochnaya” (pub), serving a good range of ‘nastoykas’ or infused vodkas. It has since expanded to cover three floors, and the top floor was a smart dining room. ‘Zima’ (Russian: зима) translates to “winter”, and I’m wondering if the decorated sleds on one of the walls alluded to that. 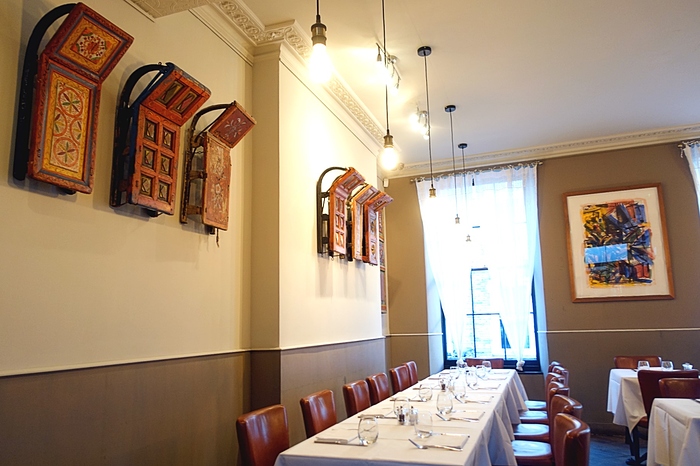 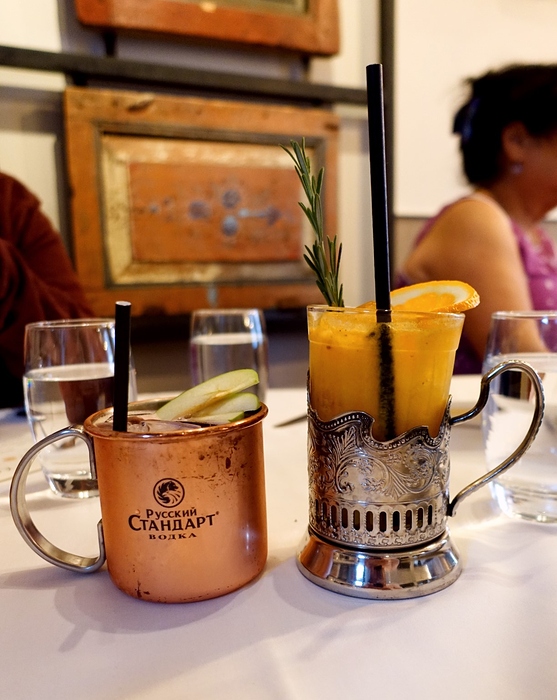 We thought the sharing platters for starters were rather fun, and we were also served complimentary raspberry nastoyka in shot glasses, as the kitchen got pretty busy that evening, and we had to wait a bit for the mains: 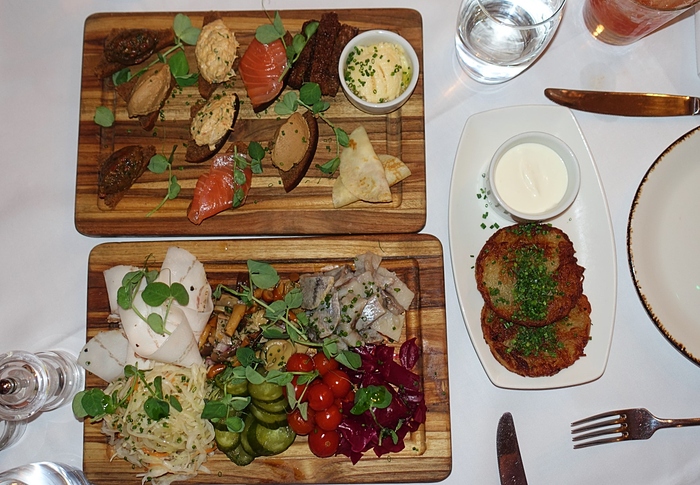 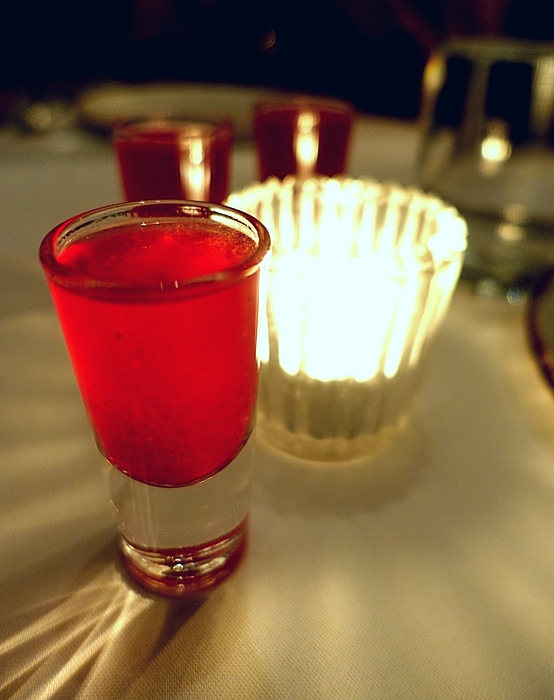 We were given to understand that their rendition of the beef stroganoff was not cooked the traditional way, but still captures the essence of the dish, with tender slices of beef, mushrooms lifted by a mustard-infused gravy. 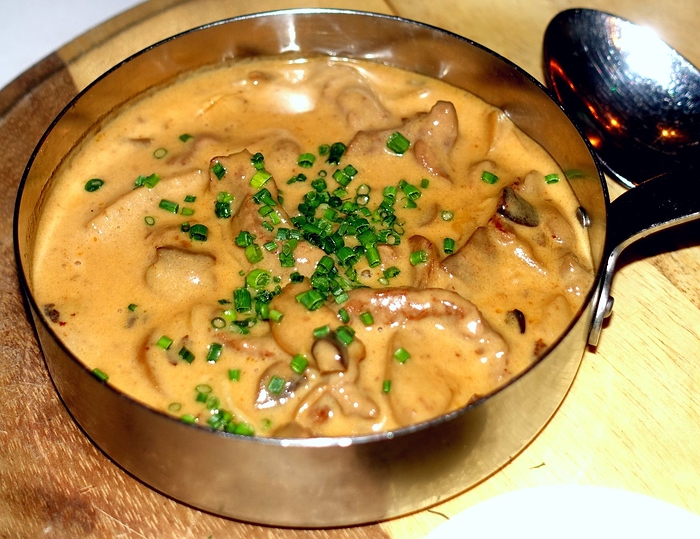 If the website menu prices are current, the caviar must be flying into diners’ mouths !

Very tempted to go there just for a platter and some vodka. Do you think they’d be OK with that?

I like eastern European food and pretty sure I would enjoy Russian food as well. It has many ingredients I like. Potatoes, dumplings, beetroot, herring, cream, caviar, gherkins etc.

Very tempted to go there just for a platter and some vodka. Do you think they’d be OK with that?

I’m pretty sure they would be.

And if you do go, make sure you also get the dessert dumplings. They were sensational!

I was looking at those too… as you know, I don’t like sweet things all that much, but cherries are my favourite fruit, and these don’t sound too sweet.

Don’t worry Kake, they definitely aren’t overly sweet. I’m not a sweet person either. (Take that as you will!)