It’s been more than 2 decades since I last ate at Mon Plaisir, a place that has a special place in my culinary memory of London: perhaps the very first French restaurant that I’d ever eaten in back in the 1970s - I was just about 8 or 9, maybe younger then, and was pretty reluctant to taste my first escargot (my mum had failed spectacularly to explain how different it was from the common garden snail). But I took a liking to it upon the first taste. Ditto frog’s legs - but that was a walk in the park as those looked and tasted like little chicken drumsticks, really. 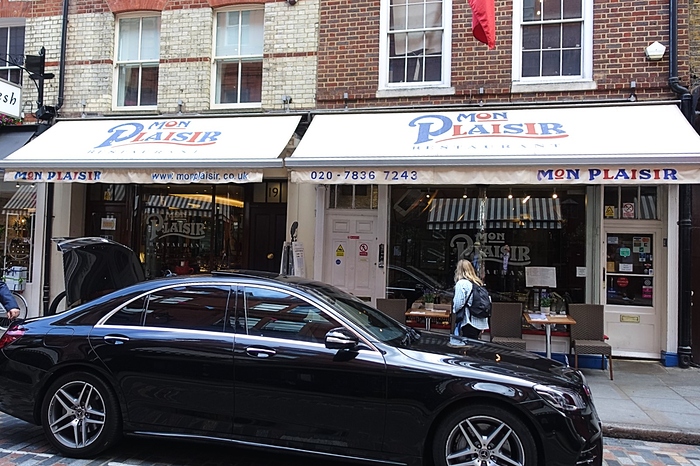 Mon Plaisir still laid claim to being London’s oldest French restaurant. Founded in the war years by two brothers, David & Jean Viala, urban legend has it that Charles de Gaulle himself dined here during his stay in exile from Nazi-occupied France at the time. French émigré, Alain Lhermitte, acquired the restaurant in 1972, and it had stayed in the hands of the Lhermitte family ever since. Through the last 5 decades, the family has faithfully retained the restaurant’s archetypal image of a small, traditional French restaurant, with none of the flash of an Alain Ducasse or Gordon Ramsay. And through it all, Mon Plaisir had outlived other good French restaurants which I now miss, like Pierre Koffmann’s La Tante Claire, or Nico Ladenis’ Nico at Nineties.

There are 4 separate dining areas in Mon Plaisir today - our favourite was the little front room which exuded an olde world 1940s feel. 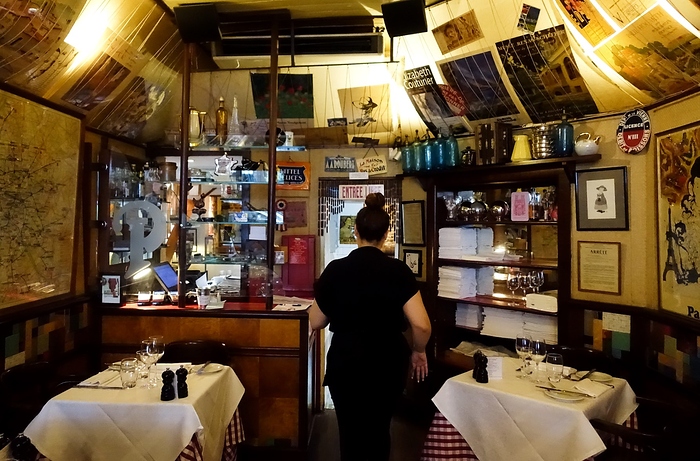 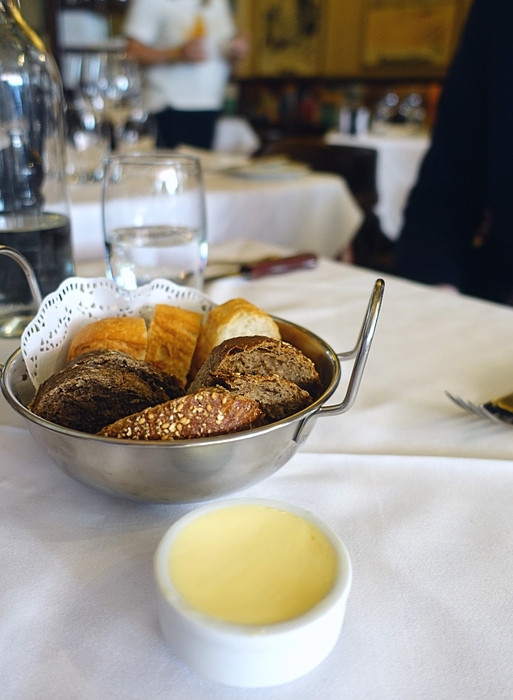 Being back at Mon Plaisir always felt like one has come “home” & dining on comfort food - no surprises. We started off with the Traditional French Onion Soup (Gratinée à l’Oignon). Straightforward, retro and tasted exactly as I’d remembered it to be: 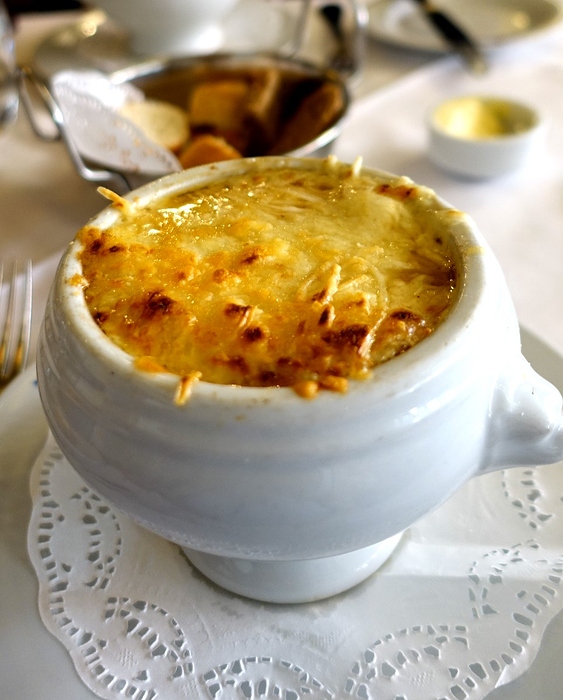 Entrees
Duck-leg Confit with Sarladaise Potato (Cuisse de Canard Confite, Pommes Sarladaise) - the version here was greasier, and with drier meat than I’d expected, and I’d also actually hoped for some buttery mashed potatoes instead of the pan-fried scalloped potatoes. The dish, on the whole, was tasty, though nothing to lift it above the ordinary. But maybe, that’s the whole point of Mon Plaisir - it does not seek the spectacular or the extraordinary - it gives you comfort food, and a predictable, unchanging one, at that. 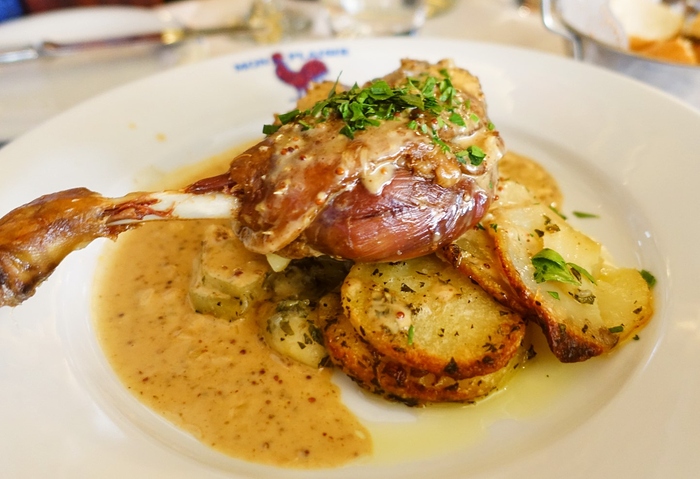 Coq au Vin, served with boiled potatoes (Poulet Façon Coq au Vin, Pommes de Terre Vapeur) - again, a rather “safe” rendition here, though I felt it lacked a certain depth of flavour I often associate with this dish. But, hey, this place claimed to have been using the same recipe for the last 5 decades. We also ordered a side to share: Spinach with Cream (Epinards à la Crème) 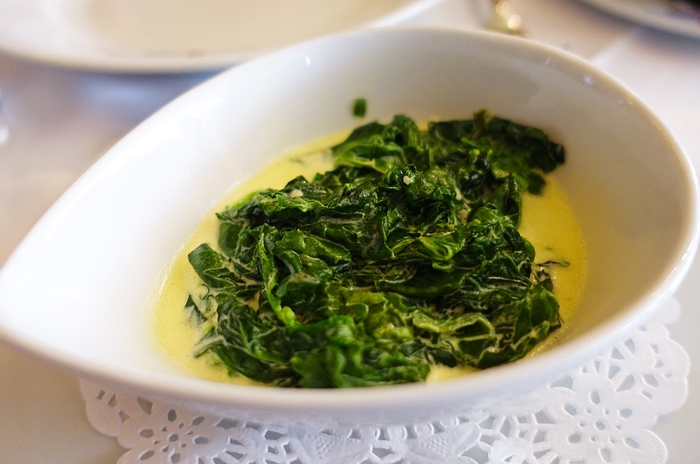 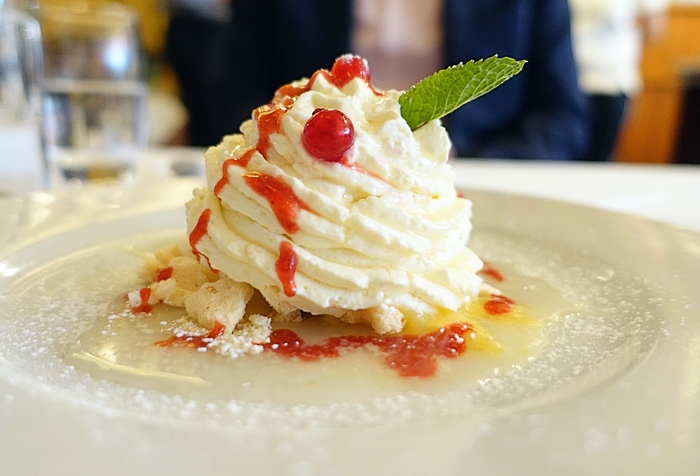 Pretty glad I came back here after such a long while - imagine, the last time I ate here, Planet Hollywood was a new fixture at Leicester Square and themed cafes were all the rage. Marco Pierre White was cooking at the Oak Room in Le Meridien, a young Gordon Ramsay had just started at the Aubergine, Jamie Oliver was an unknown kitchen crew member at the River Cafe, and Sir Terence Conran’s stable of restaurants were the trendsetters. So much has changed since then. Not Mon Plaisir.

Oh, and the much-talked about bar that once graced a Lyonnais brothel - still there. 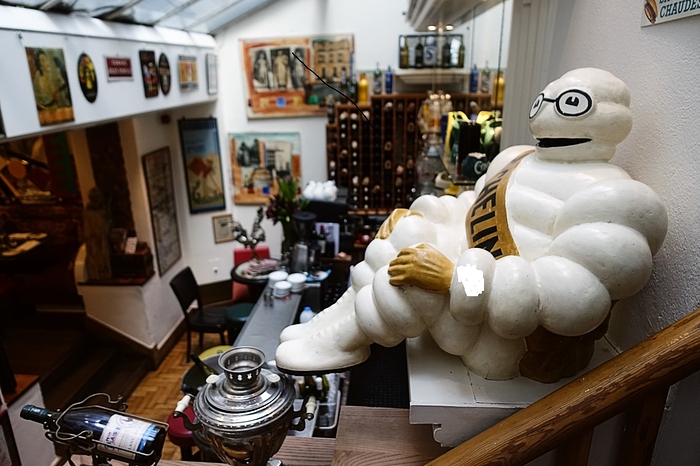