Had a quick pre-concert dinner here. It’s a short walk from Royal Albert Hall. We ordered the Currywurst and Rindswurst, and enjoyed both. We stopped by after the concert to share their Kaiserschmarrn (chopped pancake). The Kaiserschmarrn came with applesauce. I’ve usually had it with custard sauce in Tirol. It wasn’t as light as some versions, but it was tasty.

Wish we had a place like this in Toronto. It becomes more of a bar later, but wasn’t too loud at dinner time. 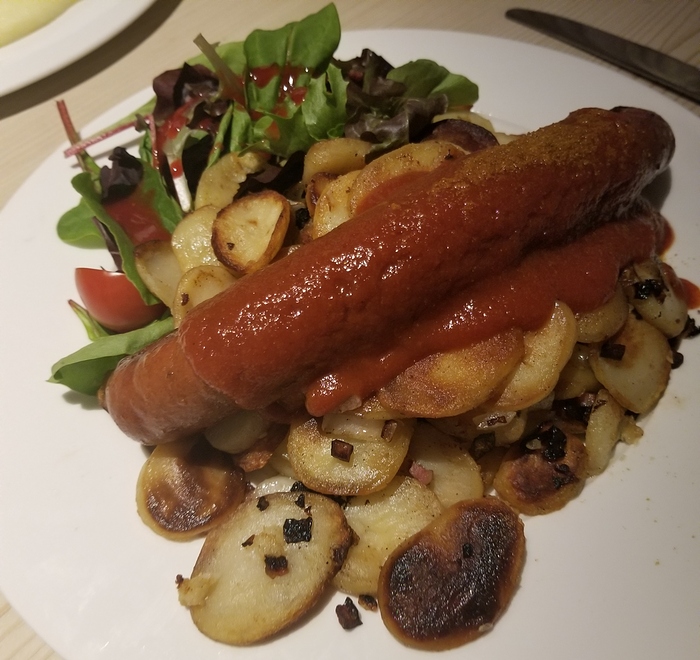 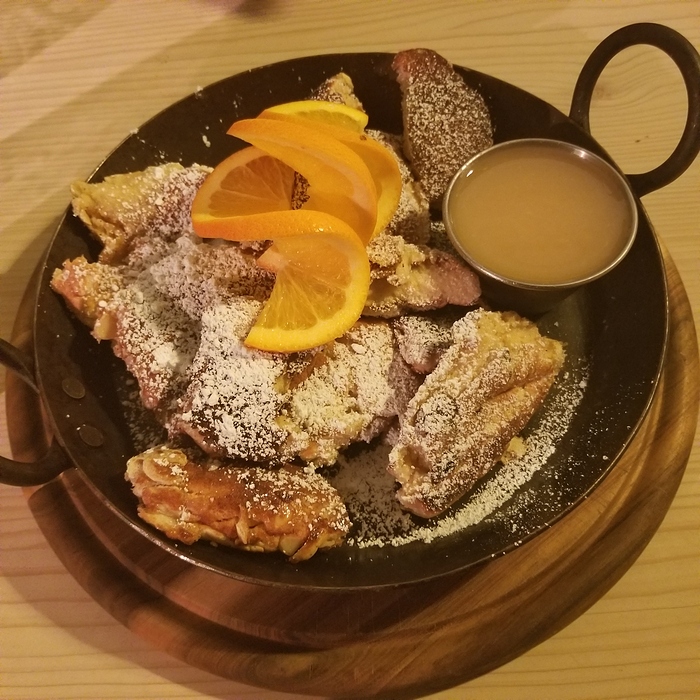 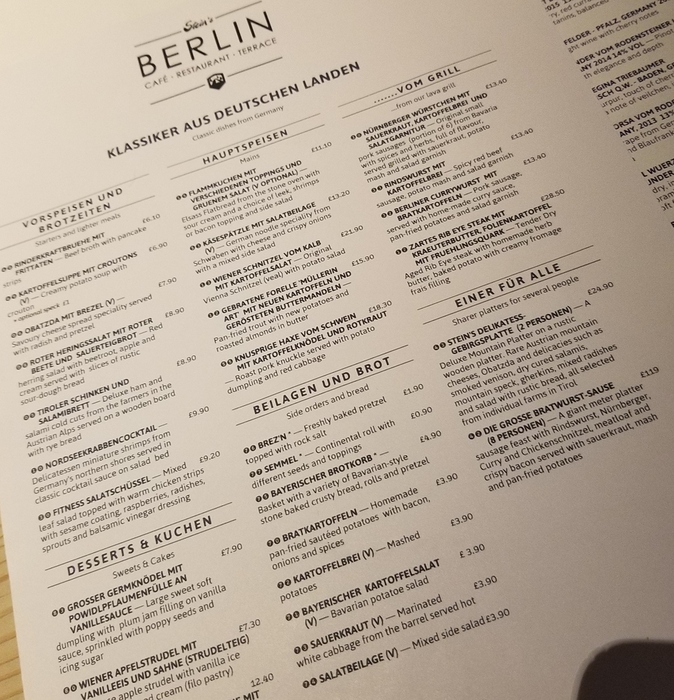 Wish we had a place like this in Toronto.

I’m surprised that Toronto doesn’t have a place like this - not been there, but I heard your city is pretty cosmopolitan, and with great food everywhere!

We do have a couple hipster bierhalls and a hipster doner kebab place, and 2 old school low end German spots in the suburbs, one of which is run by a South Asian chef who lived in Germany before moving to Canada. We don’t currenyly have any modern upscale spots that offer sausage, schnitzels as well as good quality tortes and pastries.

I’d spent an inordinate amount of time both in Germany and Hungary due to business in recent years, and loved the cuisine in both countries. Germany’s cuisine is very regional and varied - maybe it’ll become a new food wave in Toronto in the future!

Very surprised to hear about Toronto’s history of Hungarian cuisine - must be to do with a wave of immigration from Hungary in the old days.

Sadly, I don’t think we have enough of a market for that here. 2 upscale spots that attempted this, one a Konditorei, the other a Viennese restaurant owned by a veteran restaurateur who now runs a large, upscale cashless food court featuring stalls from the top TO restaurants in the same space as the Viennese restaurant, closed after less than year.

but they haven’t had a history of being willing to pay top dollar for high quality German , Austrian or Hungarian pastries and tortes, which of course require top quality ingredients.

Only other Europeans have a deep appreciation for Hungarian pastries. Historically, even the French regard the Hungarians as the “kings of pastries”.

I haven’t been to Budapest yet, but I have made time to sample pastries and tortes, as well as visit historic coffee houses, whenever I visit Austria, Germany and Switzerland. I like to seek out the regional specialties. In 2014, I could only find 2 places in Munich that still made Prinzregententorte!

I must have missed this thread first time around. They have a sister restaurant in Richmond - or should I say “schwester”. It’s on the river bank near Richmond Bridge and I’ve walked past it several times but never been in. It advertises itself as an “outdoor” restaurant and I can’t recall if it actually has an indoor bit (which must limit its annual turnover even being in the “sunny sarf”).

Hi Harters, thanks for letting me know! I might check it out next time I’m in the UK