Iran Restaurant is one of those eateries that are strangely quiet and deserted, surrounded by bustling, busy neighouring restaurants on Edgware Road.

A far cry from the 80s & 90s when the only Middle-Eastern restaurant of note on Edgware Road was Maroush and its sister eatery, Ranoush Juice Bar, the neighbourhood today is chockful of Arabic dining choices, many with al fresco seating on the pavements filled with shisha smokers.

The Iranians’ unique cuisine was good alternative from the Arabic, mainly Lebanese (and more recently, Syrian) fare in this neighbourhood. But we were here because, watching Nigel Slater’s Middle East food series’ episode on Iran, made us hanker for something close to what he’d experienced. 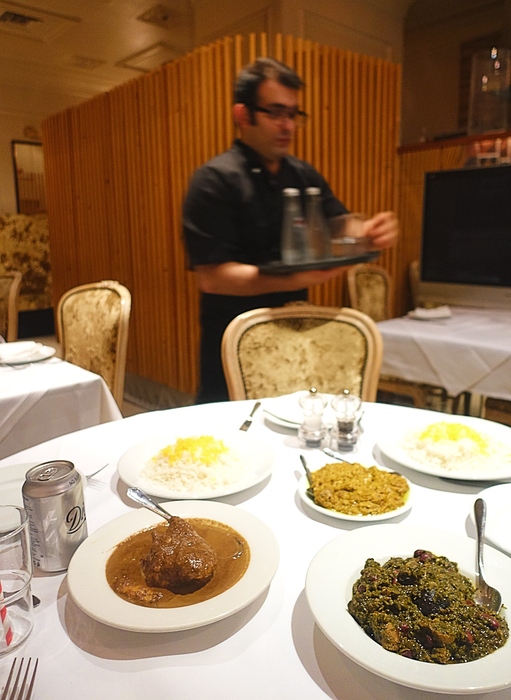 The salted lime - way too salty on its own, but imparts a crucial flavour to a stew, similar to preserved lemons used in Moroccan cooking. 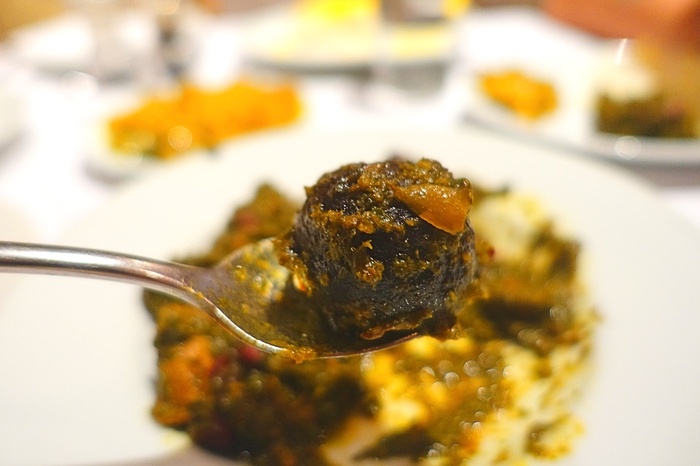 We had some steamed white rice with saffron to go with the dishes. 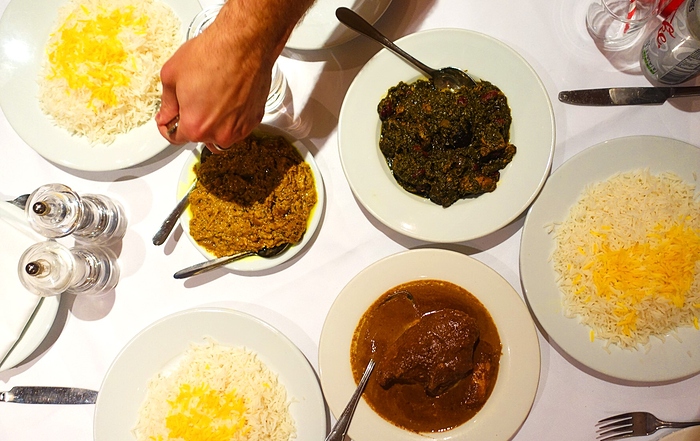 Not the most photogenic of dishes here - I get the feeling that most of the ingredients were pre-cooked and refrigerated, and re-heated upon order. No fresh sprigs of herbs or fresh cuts of vegetables or fruits in sight. Flavours are pretty hearty, though, and doesn’t explain the empty tables throughout the evening. 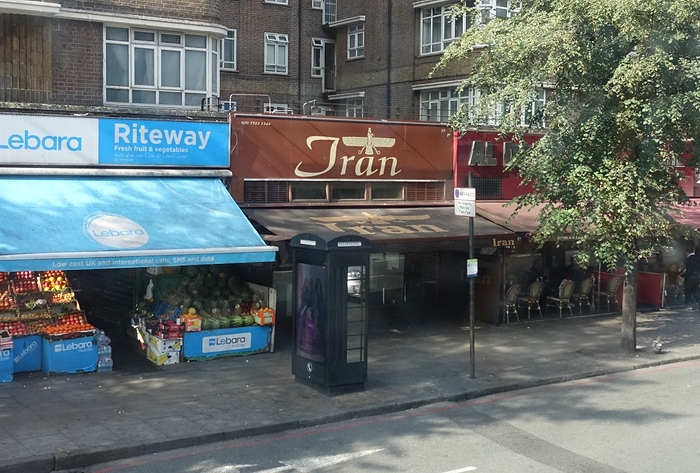 I agree with you about the fesenjan. I don’t know whether the crunch from walnuts is traditional or not, but I always prefer it when it’s there.

We havent eaten on Edgware Road for some years - trips to the capital have taken us off towards more high end meals, of late. But must reconnect with the area. It was only last night, Mrs H & I were chatting about our “office Christmas party” which will be a night or two in London.

I don’t know whether the crunch from walnuts is traditional or not, but I always prefer it when it’s there.

If this recipe for the dish is anything to go by, It does seem that the walnuts are processed till a paste is formed so, no crunch.

It was only last night, Mrs H & I were chatting about our “office Christmas party” which will be a night or two in London.

I hope you do go - eating out in London has never been more exciting, and the choice of dining places and types of cuisine are nothing short of amazing.

We’d been thinking about Core but it seems we are most unlikely to get a dinner reservation this side of Christmas. We’re regarding this meal as our quarterly high end place" meal, so I’ve been given for my task for today to research the 2* & 3* places in the capital to see what we might consider. I don’t want to prejudge this exercise but don’t be surprised if you read a review for Bibendum in a few weeks. We’ve long been fans of Claude Bosi, since before he moved his original restaurant to London.

Worth noting we visited on a Monday, traditionally the quietest day. That might explain some of the lack of patronage we saw.

Too quiet! Our table was the only one all evening.

don’t be surprised if you read a review for Bibendum

Looking forward to your review, John!

Our table was the only one all evening.

I hate it when that happens. Always makes me wonder if everyone knows something I don’t.

Always makes me wonder if everyone knows something I don’t.

We were speculating if the restaurant was merely a front for the Iranian spy agency in the UK.

Your version sounds more fun. I know in Paris, there was a grocery shop selling oriental food in front and drugs at the back door. They found at least 40000 of cash in euro when busted.

We used to have a restaurant in the village that you’d never see anyone in. Ever. Folk used to joke that it must be a money laundering operation.

Folk used to joke that it must be a money laundering operation.

Yup, hit the nail on the head.