I was lucky to have a get-together with UK-based Singaporean foodies at the New Mayflower restaurant in Chinatown last Sunday. Most of them were actually my fellow Makanmatas (Singapore-speak for “food police”) for Makansutra, Singapore’s definitive street food guide, before they re-settled in the UK in recent years. One lady in our dinner party actually said that she had her wedding dinner reception at the “old” Mayflower back in the early 1970s, when it was at another location along Shaftesbury Avenue!

Anyway, dinner with a visitors from Singapore is always an excuse for them to get-together in a noisy Chinatown restaurant for a raucous reunion of sorts. Actually, New Mayflower has been a family favourite of mine since the 1980s - although my association with the restaurant did not extend that far back as the other lady’s. But I do have fond memories of numerous family meals we had in there - and some with dear aunties or uncles who are no longer around. 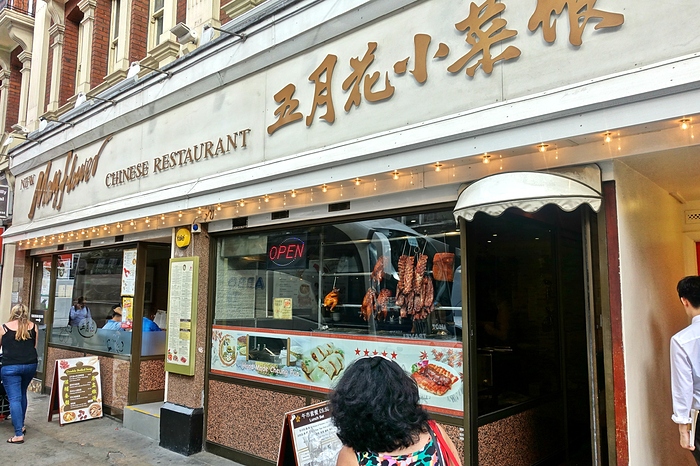 New Mayflower’s hors d’oeuvres, which they serve as we’re perusing the menu, would have raised eyebrows even in Singapore: boiled squid, braised duck-wings and wedges of soy-braised hard-boiled egg. 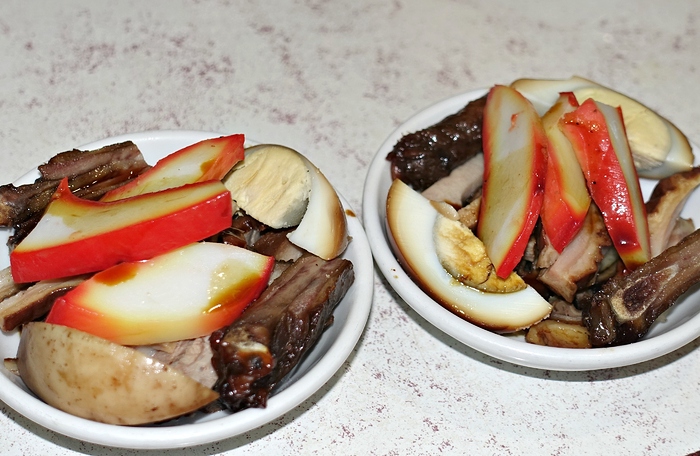 The talented team from Mandarin Kitchen (including head chef, Paul Ngo) then parted ways with their management in 2007 and opened Pearl Liang - again, with lobster noodles as one of their speciality dishes.

Today, I’d rank both Pearl Liang and Mandarin Kitchen’s renditions of lobster noodles above the one we just had at the New Mayflower. I suspect Royal Kitchen may also be able to do a better one as well these days. 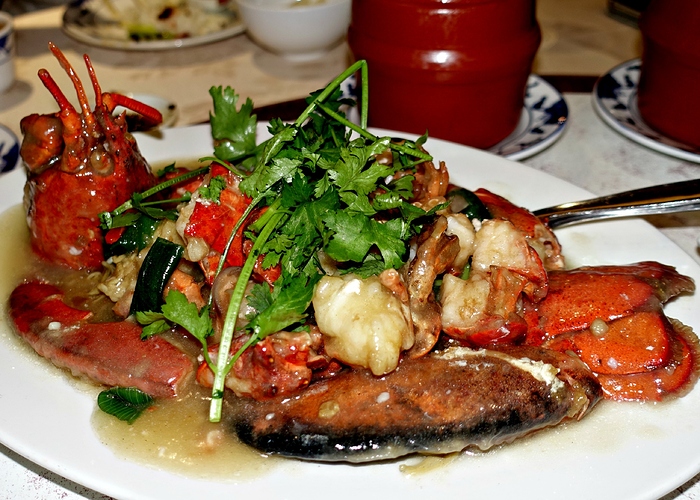 New Mayflower is still one of the better restaurants in Chinatown, offering the rustic “Shuntak”-style Cantonese cuisine which had been synonymous with London Chinatown’s Chinese culinary landscape for the past 4-5 decades, but which is slowly being supplanted by Northern Chinese cuisine restaurants these days, as Mainland Chinese from the poorer Northern and North-eastern provinces of China take over Chinatown from the traditional old Hong Kong/Cantonese clique.

New Mayflower also needs to upgrade its rather dinghy restrooms, though.

New Mayflower also needs to upgrade its rather dinghy restrooms, though

I have something of a “thing” about unclean (and uncared for) toilet areas. I work on the basis that toilets are not only a place where high standards of hygiene are required, they are the only such place in a restaurant on public view. Which makes me worry about how manky the areas might be that are away from public view - like kitchens. My “thing” recently the deletion of two Sichuan places from our local visit list.

I fully agree with you, John. The state of its toilets is an indication of a dining establishment’s attitude towards hygiene and cleanliness.

Is pig intestines and chilli a Cantonese dish? I ask because I had a very good version off the Hunanese menu at Yipin China a few years ago.

Completely agree about toilets in restaurants. I was at Criterion many years ago. The dining room is stunning but the loos were an absolute state. Never have I seen such a contrast.

You’re right, Chris - that dish did sound like it’s of Hunanese (or Sichuanese) origin, as the Cantonese are usually quite averse to chillis & peppers. A lot of creeping influence from the Northern Chinese into Southern Chinese/Cantonese culinary world these days.

The same is happening in Singapore - as recent as the mid- to late-90s, most Singaporeans would never have seen, let alone taste, “la mian” or “xiao long bao”. These days, they are all over the place.

Another oldie bites the dust - New Mayflower, one of the last remaining survivors from my childhood memories of dining in London Chinatown, has closed - its glass windows pasted over with old Chinese newspaper pages, hiding away the renovation works inside. 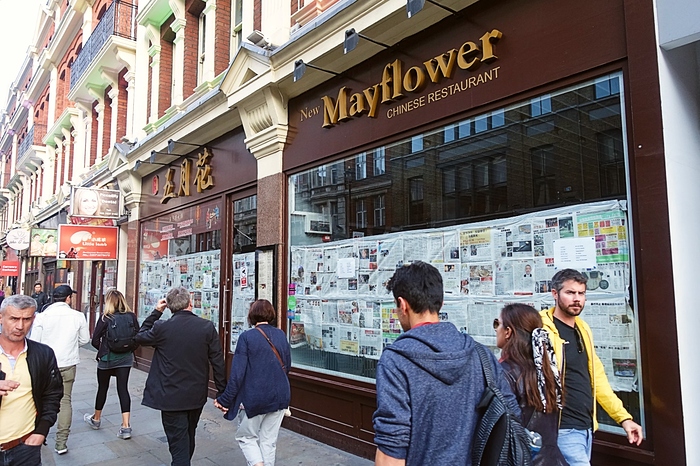 London Chinatown, which used to have a HK-Cantonese character as recently as the 1990s, as majority of its inhabitants were from British-Hong Kong since the 1950s onwards, is slowly changing. Most of the British-born Chinese have moved out to the suburbs and, in their place, more recent immigrants are coming in from Mainland China, Mandarin-speaking and with their own Northern Chinese regional cuisines.

I think I had a meal there 20+ years ago on a London trip. The meal was vague but I remember the name of the restaurant.

I wondered what will appear in its place.

Depressingly and inevitably - “small plates” of some form or another.

On the other hand, the proliferation of bubble tea places, and the queues they engender, is nothing short of amazing. Same thing happening all over the world.

Just an idea of the popularity of bubble tea. Husband’s colleagues, a couple of young French programmers (of midden eastern origin), planned of going to Brittany to open bubble teas shop very soon, they think it was very cool and trendy.

a couple of young French programmers (of midden eastern origin), planned of going to Brittany to open bubble teas shop very soon, they think it was very cool and trendy

They’ll need to do it soon - when the trend is sweeping the world. In Penang, where I am right now, there are queues outside every other bubble tea shop, and popular shops earn £10,000 per day!

Wow. I may be interested in making an investment if anyone is thinking of opening one. For a suitable return, of course.

Wow. I may be interested in making an investment if anyone is thinking of opening one. For a suitable return, of course.

A note of caution, there was a similar wave of bubble tea craze back in the late-90s which swept HK, Taiwan, Korea, Japan and Singapore. Dozens of would-be entrepreneurs in Singapore who took out bank loans to open bubble tea shops in their neighbourhood went bust when the trend/craze died down as soon as it had appeared.

Granted, those were the years before social media and the advent of pervasive Internet influence, when people were slower to get news on time, and to react accordingly. Also, this second wave of bubble tea-mania sees better quality products - fresh milk, infusion of fresh fruits and fruit juices (the 90s bubble teas relied on artificial sweeteners and additives).

I’m aware of the trend of better quality product, I saw Pu Er tea in some case. I remember reading an article analysing the ingredients used in the bubble tea chains in Asia, which one uses organic ingredient etc.

Uh oh. I had my share of meals at New Mayflower during my two stints in London. Things are definitely changing.

Which suburbs have the Cantonese places these days?

Which suburbs have the Cantonese places these days?

I think Chinatown still has the largest concentration of Chinese/Cantonese restaurants, besides Bayswater/Queensway.