It was back to Wong Kei for a quick supper after an evening at the theatre for us early last week. Much has been written about how Wong Kei, once (in)famous for having the rudest waiters in the world, had since reformed itself after a change of management in 2014. It’s true, the young waiters these days were no different from those at any of the other restaurants along Gerrard and Wardour Streets. 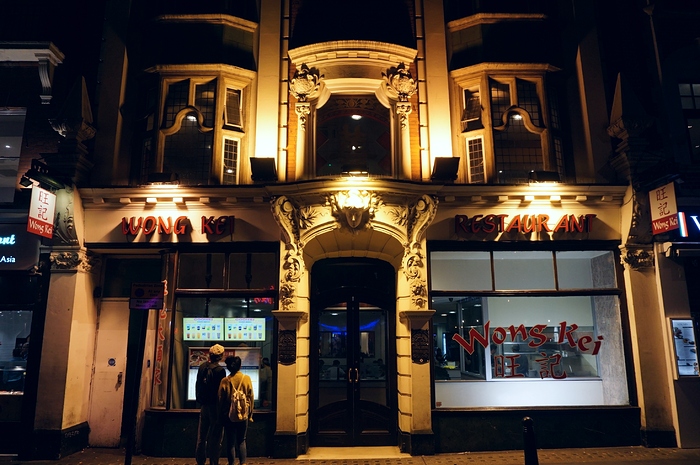 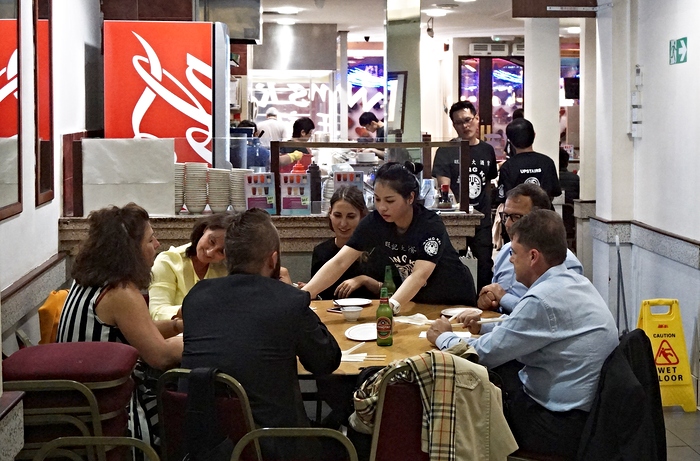 My first time at Wong Kei was in 1994 - I actually asked to be brought there, just so I can watch hapless customers being bullied by the sour-faced, loud-voiced waiters at the time. They really behaved true to form in those days - my cousin and I were the earliest customers that afternoon when we went there for tea at 5pm. We were seated on the 1st floor at a table for 8. All the other tables were still empty when the waiter brought three English women to our table and barked “SIT HERE!” before he stalked away. The 3 women looked at us nervously and asked, “Did we hear him right? We are supposed to sit here with you?”. My cousin said, “Yes, and you better do what he says if you want to be served afterwards”. Wong Kei was so popular at the time that, within an hour, the 500-capacity dining areas, spread over several floors, were filled. The food was god-awful … but mind-bogglingly cheap. In the early 90s, our favourite Chinese restaurants in Chinatown were Fung Shing (now-defunct when the family who ran it since 1977 decided to call it a day in Jan 2011) and New Mayflower (still going strong - [London] Cantonese dinner at New Mayflower - NOW CLOSED)

Remember Warren Zevon’s 1978 song, “Werewolves of London”? The song lyrics went:
I saw a werewolf with a Chinese menu in his hand
Walking through the streets of Soho in the rain
He was looking for a place called Lee Ho Fook’s
Gonna get a big dish of beef chow mein
Aaoooooo! Werewolves of London! Aaoooooo!
(https://www.youtube.com/watch?v=nhSc8qVMjKM)

Lee Ho Fook was one of the pioneering stalwarts of London Chinatown’s restaurant scene and, for decades, churned out rustic Toishan-style Cantonese fare. It also closed down sometime in the mid-2000s, its location on Gerrard Street is occupied today by Dumpling’s Legend.

Well, Wong Kei is still here today whilst Fung Shing and Lee Ho Fook (both of which served much better food) are gone, such is the pull of its notoriety.

We ordered a couple of dishes: 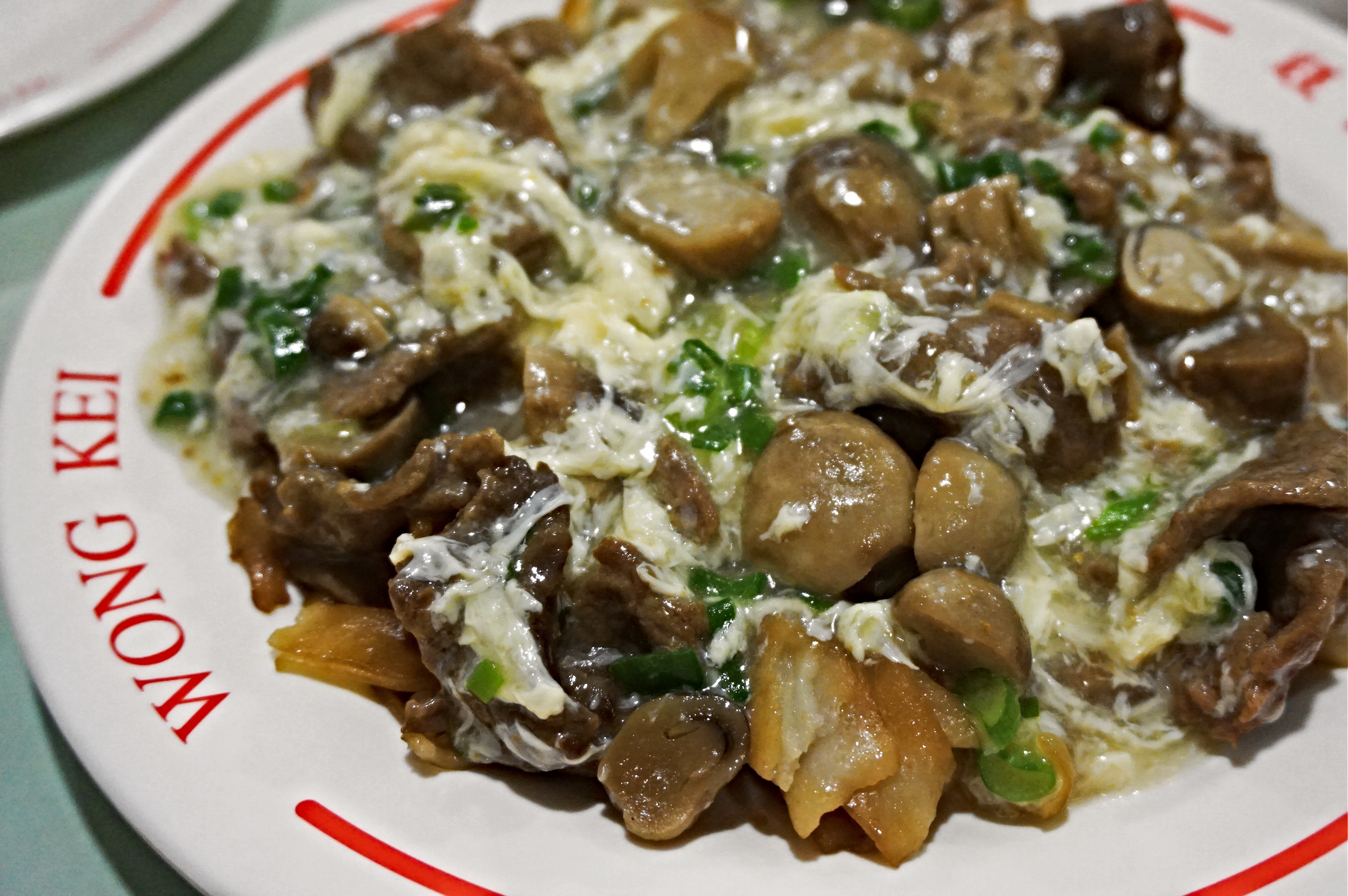 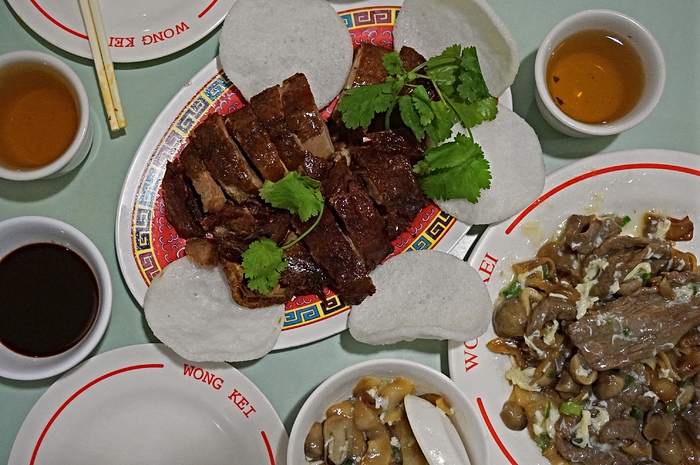 A jar of ultra-spicy chili oil was placed on every other table (together with bottles of soysauce & white pepper), a nod to changing tastes as local diners do look for a spike of chili heat these days - you won’t find this condiment in London Chinatown back in the 90s. 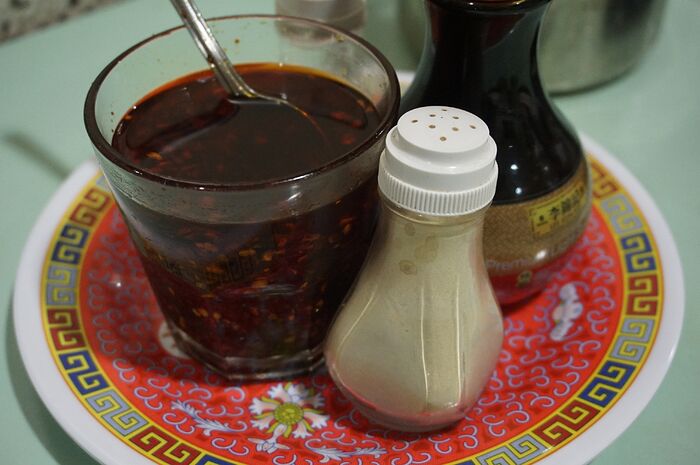 Prices are still lower than most other Chinatown spots, though you do ask yourself whether it’s really worth the savings. 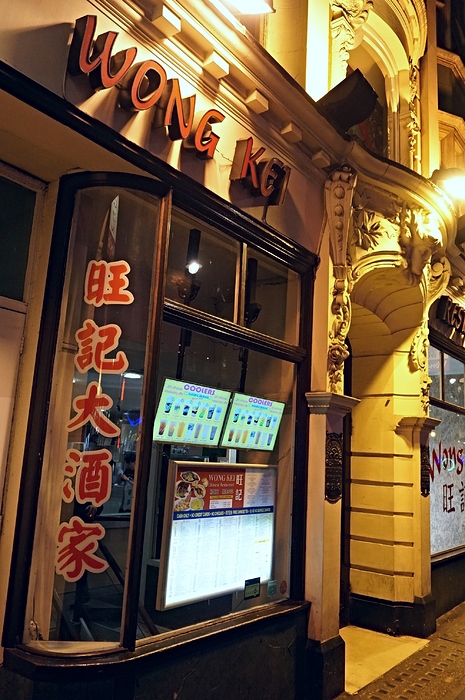 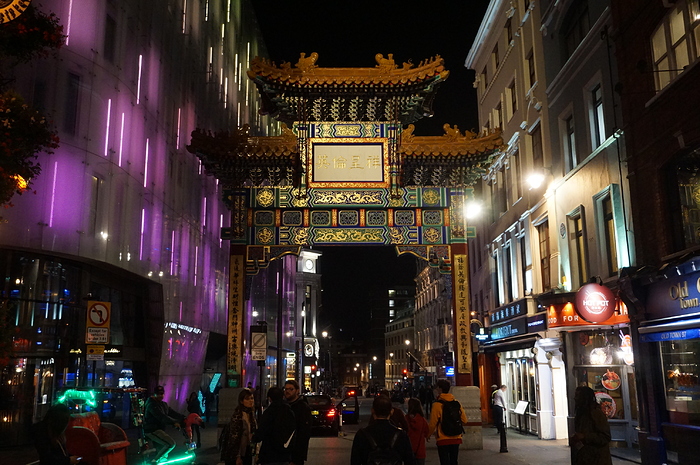 the young waiters these days were no different from those at any of the other restaurants along Gerrard and Wardour Streets.

I’m unsure whether you intend this as a compliment or not.

Surly serving staff have been a characteristic of anywhere I’ve ever eaten on Wardour Street or, indeed, it’s Manchester equivalent , Faulkner Street. Occasionally, In Manchester, you come across the hint of a smile from a young man who has clearly been in the country for many years, as he combines his Manc accent with that of what I presume is his Hong Kong one.

I’m unsure whether you intend this as a compliment or not.

Not a compliment, but certainly, in Wong Kei’s case, a relief. I hate having confrontations during a meal - rude waiters spoil the mood in what is supposed to be a pleasurable activity.

That said, the waiter was actually pretty civil to us on my first ever visit to Wong Kei back in 1994. I think it’s because my London cousin spoke in Cantonese to the waiter, and she spoke with the unique British-accented Cantonese which British-born Chinese has, and which he recognised.

You should have warned people (in the title) of graphic materials and that young children should not look at these.

The sophisticated traveler you are, you must be familiar with the Louisiana backyard specialty of deep fried turkey. The method we heard: 1. Get turkey, big kettle of oil, six-pack of beer. 2. Open two beers and heat oil and drink beers – oil should be hot enough. 3. Open another two beers and deep fry turkey for two beers – turkey should be done. 4. Remove turkey from oil, carve turkey, and open/finish remaining beer with turkey.

Not a compliment, but certainly, in Wong Kei’s case, a relief. I hate having confrontations during a meal - rude waiters spoil the mood in what is supposed to be a pleasurable activity.

Best not to sample the “Fawlty Towers Experience” on your next visit, then.

Fun read. When you press Warren Zevon into a food review, you get multiple extra credits.