Back in the 90s & the early-2000s, breakfast at bills (sic) in Darlinghurst on the weekends is always something Sydneysiders looked forward to. Bill Granger had, by then, confounded food critics with his extra-smooth, extra-creamy scrambled eggs - so much so that a New York Times food columnist even smuggled a sample back to NY to be laboratory-tested. Of course, the recipe is no longer a secret when Bill Granger published his cookbook, Bill’s Sydney Food in 2008. His scrambled eggs contained a whopping 6 Tablespoons of cream for 2 eggs, cooked in butter.

Then, in 2009, Bill Granger swapped sunny (if bland) Sydney for London - probably one of the best decisions he’s made in his life, as London’s exciting, ever-evolving dining scene is perfect for someone of his talent to thrive in.

I’d been a regular of bills in Darlinghurst for many years but somehow, I missed the story of his emigration to London as I was in the US for most of time during that period of his great move, and we don’t get much outside news there. Sydney’s loss is London’s gain.

Last weekend, I went to Granger & Co on Westbourne Grove to renew my acquaintance with his legendary scrambled eggs.

Now, bills @ Darlinghurst had always been busy, with a long queue on weekends for a seat in its ever-sunny dining room. Regulars would banter with each other over the large communal table with large pots of flowers and fruits in the centre, and order bills’ signature dishes like ricotta hotcakes with banana & honeycomb butter, or sweet-corn fritters with bacon & tomato, besides the ever-popular scrambled eggs. Compared to the mind-blowingly packed dining room at Granger & Co in Notting Hill last weekend, bills @ Darlinghurst seemed like a walk in the park. And Granger & Co’s space is perhaps 3 times the size of bills’. 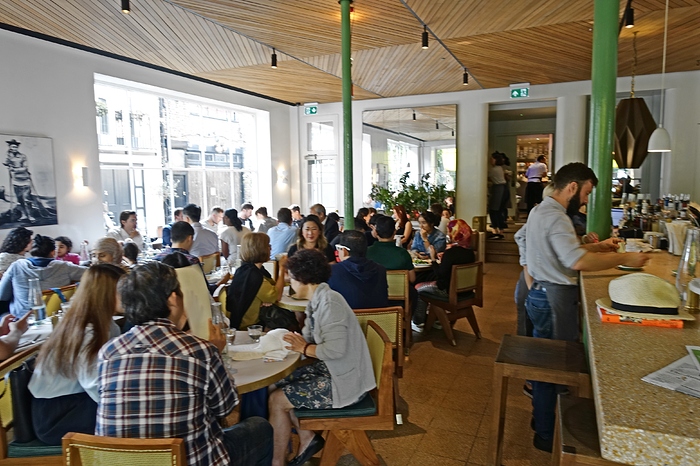 Granger & Co’s scrambled eggs on sourdough toast The eggs were every bit as creamy as I remembered, although the Sydney one circa 2004 seemed less finely-folded, compared to this Notting Hill one, which has a precision almost akin to Japanese dashimaki tamago with its mille-feuille-like layers. 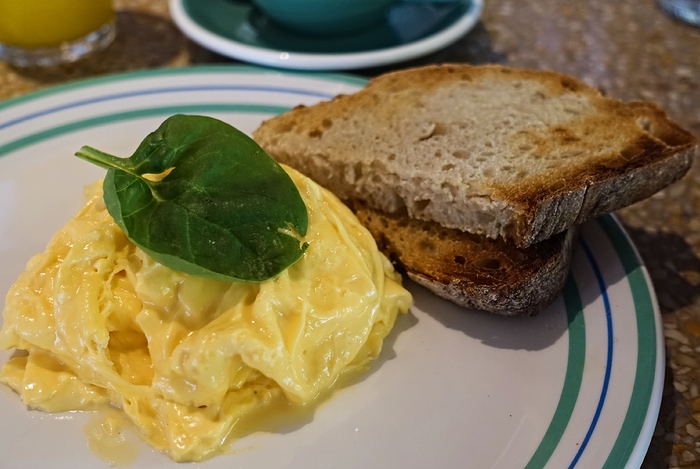 Ricotta hotcakes with banana & honeycomb butter Much copied just about everywhere around the world - I’ve had countless soul-less, half-hearted clones in many of Singapore’s own cafes back home, but nothing comes close to the real deal. And the one here at Granger & Co is IT - with just the right textures and balance of flavours. 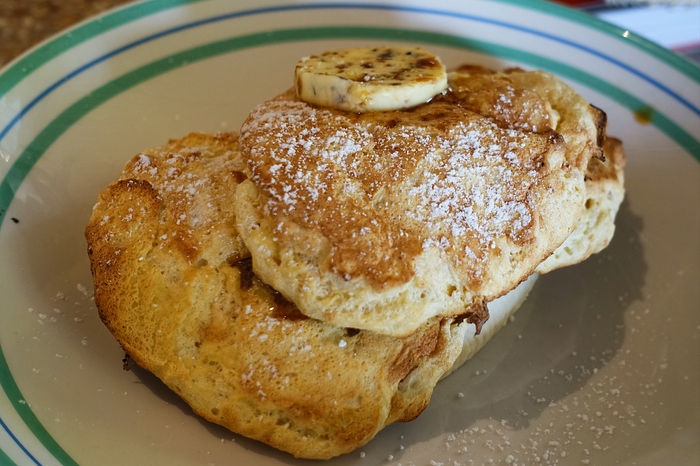 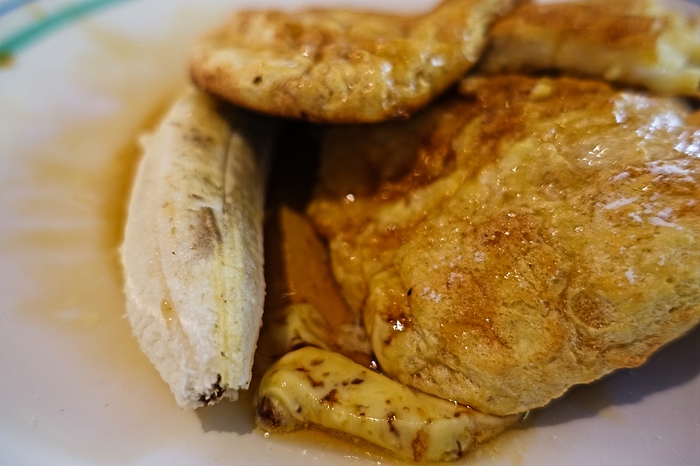 Granger & Co is extremely busy, no two ways about it. But looking at the contented faces of the diners there, you just know that they are doing something right. 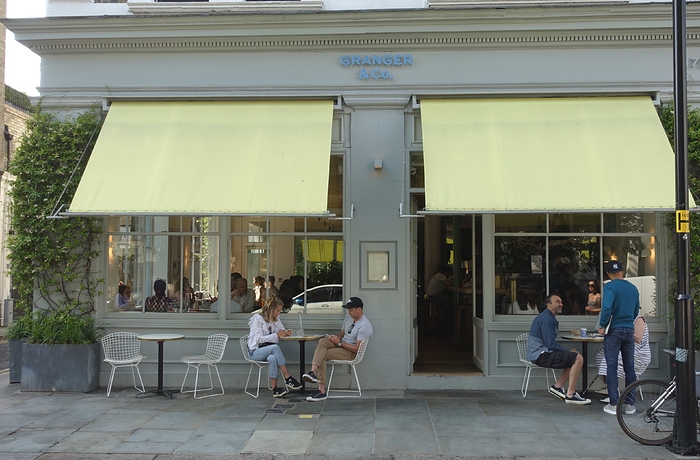 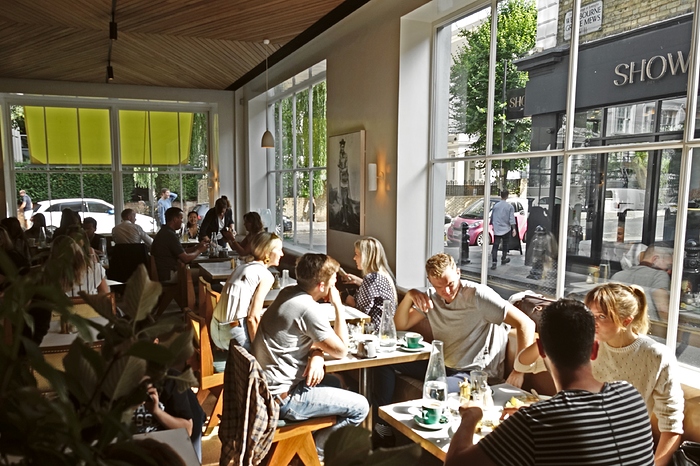 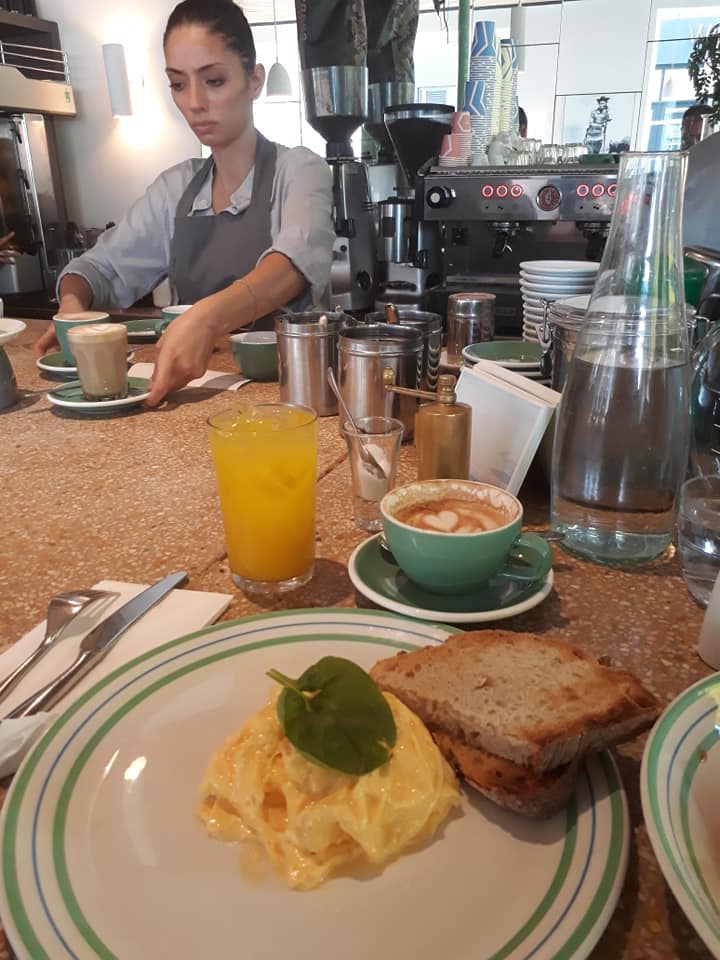 Verdict? Didn’t like it. Why, oh, why did I order this - firstly, it was overly greasy. Good fried rice should be light and fluffy. Then, I get this annoying little bits of “gristle” which I later realised were the dried shrimp or dried scallop bits of the XO, a condiment invented by HK chefs in the 90s so they can charge customers more for what was supposedly a “luxury” item. Besides, what’s the point of adding a slightly spicy XO condiment when the fried rice already contained slightly spicy 'nduja?

The large prawns were generous (perhaps to justify the £16 price tag), though slightly overcooked. The item I liked best on the plate? The fresh, slightly marinated cucumber wedges.

I’m sticking to the classics from now on.