My last one of these was for March; since then I have mostly been ill, to the point where it wasn’t worth doing one for April alone. So here’s a summary of notable things I ate in London during April and May 2018. Would love to hear others’ summaries too, or even just descriptions of one or two notable things eaten. (@ShekhaV, anything worth reporting from Grand Trunk Road?)

I have @ds to thank for pointing me here. It truly is little, seating less than a dozen inside, but as well as coffee it does loose-leaf tea (including lapsang souchong), savoury muffins, sandwiches, and various other bits and pieces. My most recent visit was in April this year. Unfortunately it’s rather out of the way — the nearest station is Sanderstead, which is in zone 6 and has like two trains an hour. Great for the locals, though. (I get a bus there from where I live in West Croydon.)

The sandwiches are made in the morning, and once they’re gone they’re gone. The bread is great, with a chewy but not overly thick crust, and a soft but structurally sound crumb. Fillings vary daily; I’ve had goat cheese, chilli jam, and rocket (photo from Oct ’17; great chilli jam, not too sweet), and basil, mozzarella, and tomato. Savoury muffins I’ve had are cheese and bacon (plenty of decent-quality bacon, not too salty), and fresh herb, cheese, and cracked black pepper (the pepper was pronounced but not overwhelming).

This Ghanaian and Caribbean restaurant moved to (the far end of) Croydon High Street around the start of this year; it was previously on Whitehorse Lane in Thornton Heath. My delivery dinner (via Just Eat) included a large and delicious portion of kelewele (spiced fried plantain) — not too sweet, and the plantain was competently fried. Red red (bean stew) had a very high proportion of meat to beans; the beans were very good and I wanted more of them! (The meat was fine, I’m just more of a beans person.) Jollof rice was merely OK, with a nice hint of smoke but overly-disintegrating rice grains; on the other hand, the tomato stew that came with it was great, with a deeply savoury and well-developed flavour.

I wasn’t expecting much when some friends and I first went to this tiny sushi place in August last year; one of us had spotted it while walking past earlier in the day, and it’s right by the station, so we figured why not. It was really good; good enough for me to go back for lunch last month (and for dinner next week, instigated by one of the friends who came the first time). It’s certainly worth a trip if you’re in South London.

I’ve only had sashimi (photo), nigiri (photo), and rolls so far. The rice is well-prepared, with no hint of stodginess, and also well-handled — compressed just enough to hold together, and served still warm on my first visit (though not on my second). Their seabass is the best I’ve had raw in London, with a rich, creamy texture, and their salmon also has more flavour than usual. One fish you don’t see often on menus (perhaps because eating too much of it has… digestive consequences) is white tuna; here, it’s served lightly torched to bring out the melting texture.

Wow thanks! Li-ma sounds amazing - I wonder where they get their fish from?

Yes - grand trunk road was very good on the whole but if you aren’t going for the a la carte it gets pricey. Here’s the review I wrote to give you a better idea. 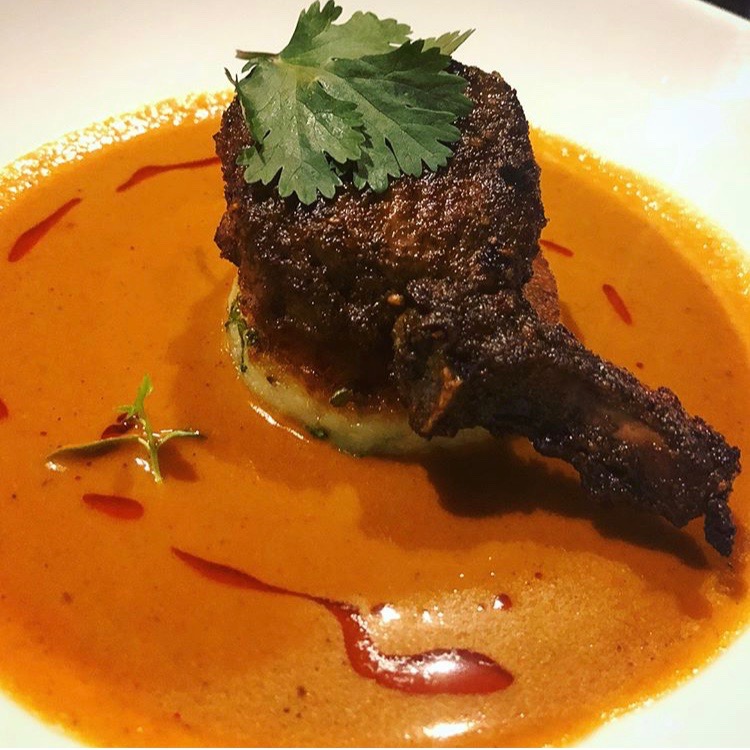 PS i hope you get better soon!

Thanks! The tasting menu does look good, though it seems odd to repeat the tomato sauce in the first two courses.

Can you explain more about Tasting Britain? I had a look around the website but found myself a bit confused about what it actually is. Is it a business that you’re doing freelance writing for? Or is it a group blog? (I think I came across some of the Tasting Britain photos on Flickr a while back and seem to remember being similarly confused then.)

I’ll try to remember to ask Ii-Ma about their fish supplier when I go again next week.

@Kake, I’m glad you enjoyed the cafe. It is tiny, one downside of that is they don’t actually have their own toilet. Normally I’d be ok with that, but with a little one it makes things quite a bit harder.

Next on my list to try is Lord Roberts on the Green (on the Webb Estate). I tried to go there on the last bank holiday Monday, unfortunately they had decided to close an hour early on the Bank Holiday, which was just as we arrived. Quite a steady stream of others also turned up, and went away dejected, including a poor little kid who was crying that he couldn’t have the ice cream treat his mummy had promised him.

Still, the (I assume) manager drove off in a new Range Rover, one of the other staff in another luxury car and the waitress got picked up by (presumably) mummy and daddy in a new 4x4 BMW, I think they can probably survive without the extra hour’s business they missed out on!

Yeah it’s been riddled with mistakes ever since they got hacked - but it’s basically a site I write for, to do chef Q&As, book, product and food reviews. They were supposed to have sorted the site layout ages ago but the person in charge of redesigning it just hasn’t really done it which is annoying.

I think the amuse bouche was a day thing, hence the repetition of the sauce but it was tasty so I wasn’t too fussed lol.

Yes would be keen to know about the fish!

Next on my list to try is Lord Roberts on the Green (on the Webb Estate).

Decent looking menu but blimey, £7 for a filled croissant in the middle of nowhere? I suppose they do have a captive-and-affluent audience…

I still need to get around to the deli in Caterham you recommended a while back.

Basically ladies who lunch and spend their lives at Esporta (or is it a David Lloyd now?) will pay this lol