(I’m on IOS, so this is for the mobile version)

Is there a way to either

(a) force a location on the title line for new regional posts (I imagine this would have to be a second field that gets concatenated with the topic title, post can’t be created if Location field is empty)

(b) show the board name on the landing page - right now only the title shows up, but if you click Regional Dining Boards, then there are two lines each - first is title, second is the board, which tells you location if the title doesn’t.

Attaching 2 pics - first is of the landing / summary page, second is of the Regional Dining Board page showing the second line.
.
Boxed topics are ones where location did not show on the landing page, so it was “Where Are Softshell Crabs on Menus” or “Where Can I Find Pork Necks” with no way to know what region it was about. Happens with restaurants too. It’s like a Where’s Waldo until one clicks through.
. 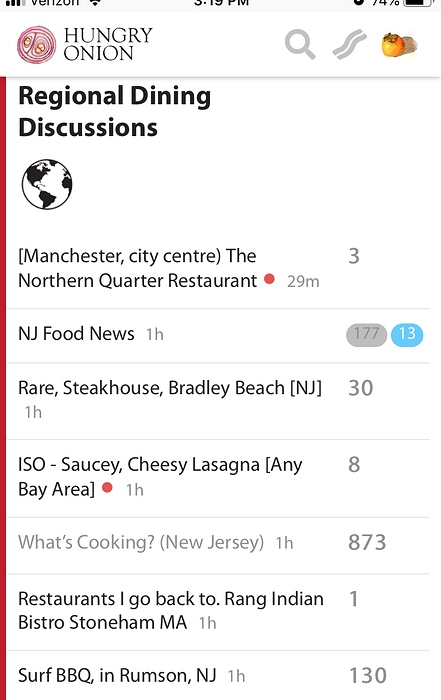 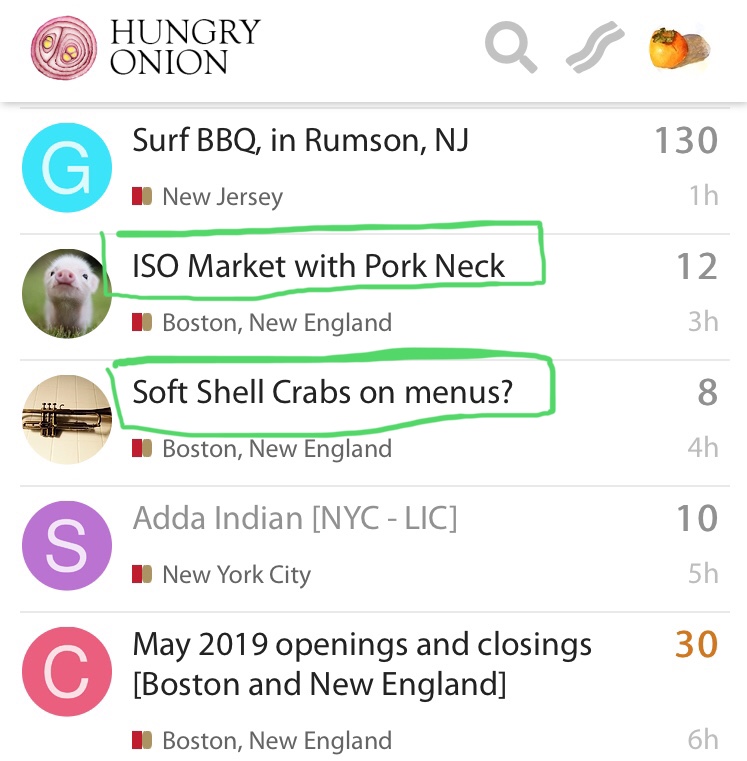 Here’s a side by side re missing location:
. 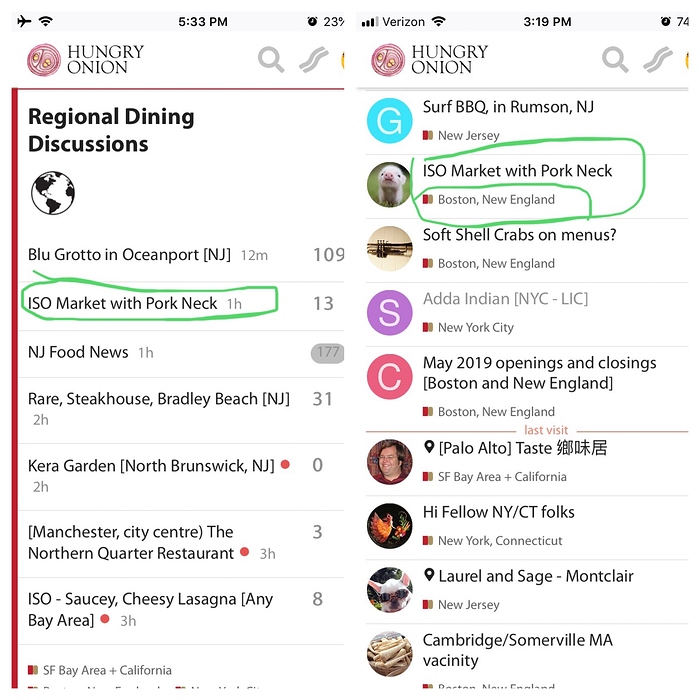 That’s an issue we’ve struggled with since day 1 of using the software. While I’d love to see a board name associated with topics in the landing page, there isn’t a way to do it. What you can do, however, is to use the Latest list of topics instead. But it’ll mix all the dining, cooking, cultural discussions all together. Which is non-ideal to me either.

And that’s the reason we asked folks to put the city/ neighborhood in the title of a dining discussions.

Yes - but it helps to have it in the thread title (as this other thread now has). Otherwise, the restaurant could be anywhere across more than two continents - which meant I had to open the thread to find out where it was, to see if I was interested in it.

A point brought up by @Harters. Many posters forget to add city in restaurant post, moderators should help to amend if see this.

@naf I had asked about this a while back.

It seems like a lot for moderators to have to keep fixing this, though.

If it were possible for the software to force a location before the reply was posted (ie add a location field that can’t be left empty) that would solve the issue. But I don’t know if that’s viable…

From the HO’s official reply, it’s a no for the time being. But can be a suggestion to submit to the forum Discourse software.

I think I might have submitted the suggestion before to the forum software developers and got shot down. Ours is a somewhat special use case, in that people from one geography really don’t care about restaurants in another geography, whereas in many other forums, posts from different categories are mostly of interest to most people.