Ok went there tonight! Wife got pulled chicken with collard greens and a side salad. I got The Pig Out, oink oink!! Choice of 3 meats, I chose; half chicken, brisket and ribs, two sides; slaw and baked beans.

I found all 3 of mine to be better than Surf, the half chicken was insanely moist and delicious. I would say the ribs are about equal as was the brisket, both my sides were much better.

My wife’s pulled chicken was very good, the collard greens were ok, surfs were much better, her side salad was a decent size.

Only downside to Local, the layout of the place. Way too much wasted space that could be used for seating. They only have about 10 tables at 6:40 we had to wait for a seat. For the money that went into the rebuild the design behind it sucked. I will be back.

If you’re going to spend that much, you should look for cheap airfare to Memphis , Kansas City, and Texas. A cultural exchange program.

Glad to see you liked it. I’ve been back quite a few times and this place is solid. I’m a fan of the appetizer sampler btw. One night I subbed out the hush puppies for the fried mac n cheese ; ) …not sure if this is allowed or if the girl was overtaken by my rugged good looks.

They have blue cheese slaw as well. I got it one night with a pulled chicken sandwich. I wonder if they would let you get that instead of the regular slaw?

Yes I did enjoy it and I will definitely be back.

Since I am now the self appointed BBQ expert of Hungry Onion I am reporting about my lunch at Dickeys BBQ in East Brunswick. I originally tried this place over a year ago when it first opened and there was quite the “fuss” on the other site regarding it. I tried it and at the time, with little other bbq experience I was pretty impressed with the place.

Well now that I am the self appointed resident Hungry Onion BBQ expert I can report…DICKEYS SUCKS!!!

Well I’m not really going to say it sucks, but it pales in comparison to either Surf or Local. The beef brisket at Dickeys while looking so moist when they remove it form the plastic wrap they store it in, is actually a little try and far less flavorful than the others mentioned. They did have this interesting cheddar sausage which I have not seen before, but other than that brisket vs. brisket this is the lesser of the 3. Sides were fine but not extraordinary. 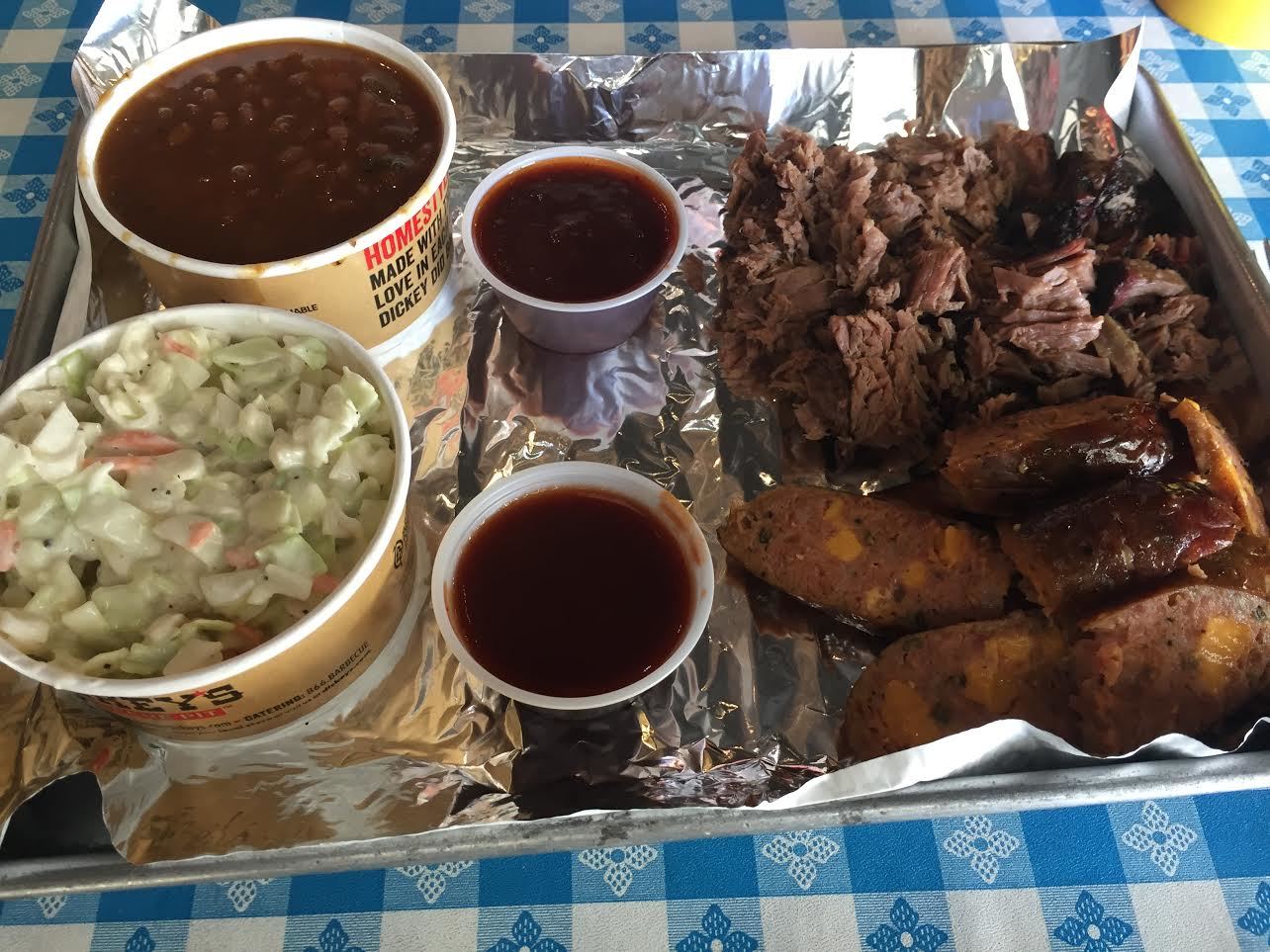 Darn, sorry to hear. I was at Local last week and had the appetizer sampler. I am a big fan of that dish for 12 bucks. It hasn’t let me down yet.

Could have saved you the trouble

It was. I kept it as simple as I could - one pound of brisket and one pound of spicy cheddar sausage. Not only are they not as good as our local joints like Jersey Shore BBQ and Local Smoke - they are not even in the same grouping as Famous Dave’s ( with a location about 10 minutes away). Dry, weakly flavored brisket and greasy sausage. Live and learn.

Brilliant minds (or palates as the case may be) Seal…

You dudes need to check out Best Market in Holmdel.

Well well well…anyone been lately? Went for some take out tonight, while I was waiting I ordered a cup of chili which was on special. Interestingly it was made from brisket and looked rather dry, which it was. (See pic)

The entrees when I got home were also very dry, beef brisket, pulled chicken and their ribs were all dry. While the half chicken wasn’t dry it didn’t seem to have the same BBQ taste it has in the past. It was covered in BBQ sauce, but more like it was covered prior to serving than cooked with BBQ.

My first sub-par experience here, I hope it was just an off night. 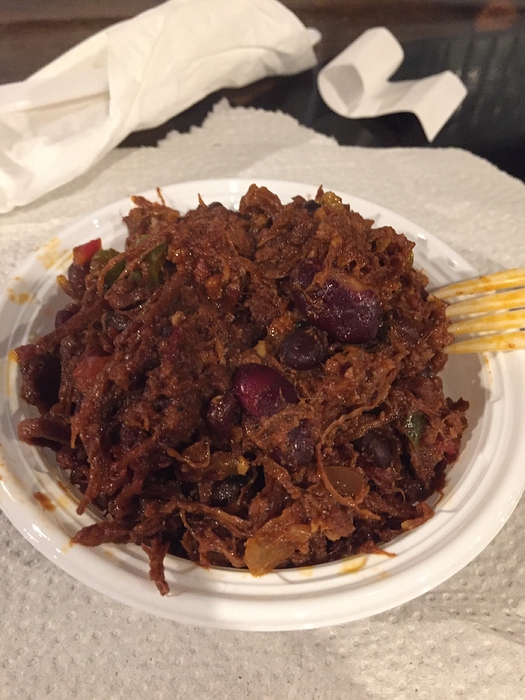 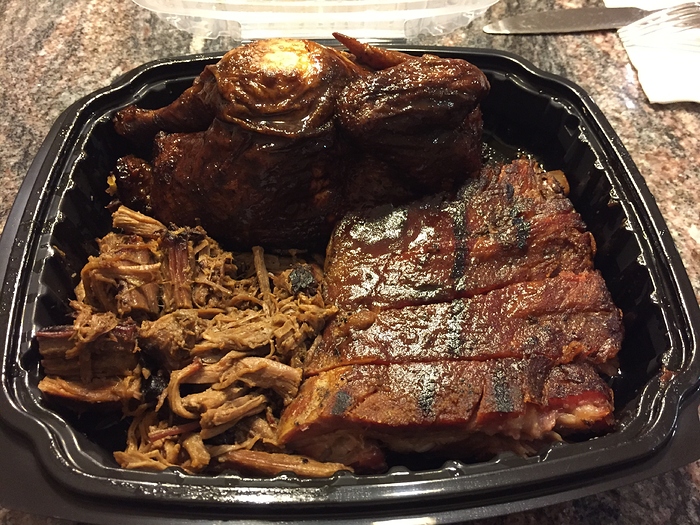 Chili does indeed look dry. I was there last Wednesday and enjoyed my meal. My gripe there is the mac always comes out Luke warm…barely. They need to fire that stuff up! I liked the fries and this was the first time I got them. 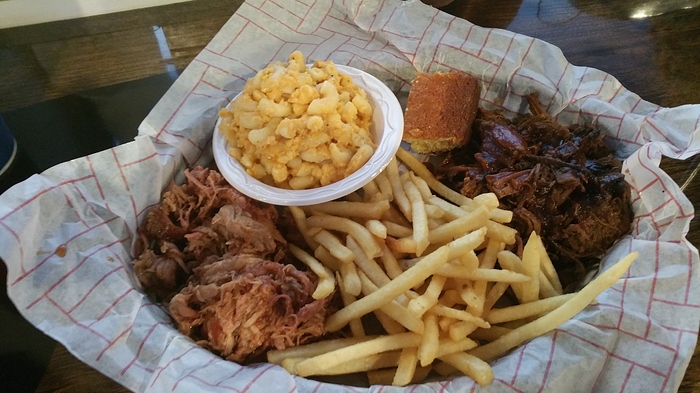 I had the smoked hot dog the other night and must say I was kind of dissapointed. A windmill dog crushes this but for 4.00 it wasn’t a big letdown.

Also, I had room temp jalapeño poppers. Quality control needs a little help. They were still tasty but they need to make sure the food comes out hot. It has been several times I’ve had this issue with poppers and mac. 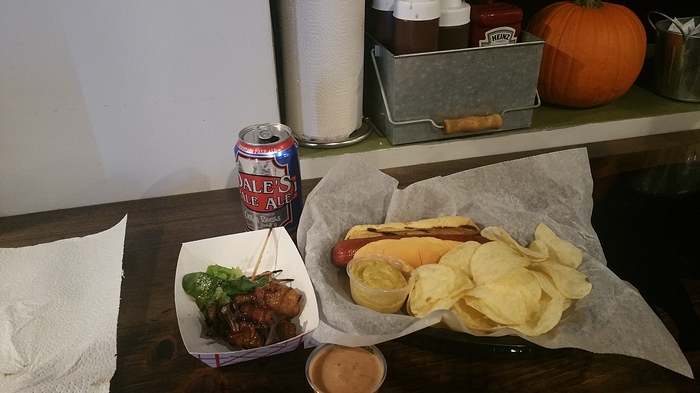 When they first opened in Neptune, everything was wonderful. I stopped going there a few years ago as the ribs went downhill. I ordered the brisket once and was so disappointed in the taste and quantity - so disappointing.

Weird…the chopped brisket has been my “go to” at the red bank shop. They are getting that right.

Red Bank LS is now outside the circle of trust due to two consecutive gastrointestinal incidents. One involved the brisket, the other was chicken.

What a shame our area is devoid of extraordinary restaurants that seem prevalent in other areas. Every time I see a smoked meat type place on Diners Drive In and Dives, I think of the times I was in Austin and Ft Worth, so many excellent places that I’m sure are taken for granted by the locals. I recently had a desire to order from Iron Works in Austin, but when I looked a the shipping costs, my desire dissipated

Chopped brisket hides the fact that it is old and reheated product. Even sliced at LS is old and dried out.

Real brisket should be juicy, tender, have a nice smoke ring, and have a little snap to the bite.

Unacceptable. Strange the way trends spread though. Growing up in KC, pulled pork was unheard of, all was sliced. Nowadays you’d be hard pressed to find any joints serving that way, everything is pulled now even though it isn’t native to their tradition.
I hope chopped brisket doesn’t spread.

What a shame our area is devoid of extraordinary restaurants that seem prevalent in other areas. Every time I see a smoked meat type place on Diners Drive In and Dives, I think of the times I was in Austin and Ft Worth, so many excellent places that I’m sure are taken for granted by the locals.

Well we have a lack of a real BBQ culture here, but I think things are improving.

Ten years ago we had no BBQ places other than Big Ed’s.

Now we have 4-5. I think it will take a while, but I expect the market will sort this out and eventually we will have a few remaining reliable providers.

However Monmouth county, no matter what survives, is never going to be Lockhart.