Light dinner at Tosca 2.0 without breaking the bank?

My daughter will be visiting from NY and wants to go to Tosca for old time’s sake. I’d like to keep it to around $50 each before T&T. “Cappuccinos” ($12 each) are a given, and will do for drinks as neither of us are big drinkers (and might hit Vesuvio’s afterward). . Any tips on optimizing the remaining $76 or so? Must eats? Best shareables?

Also, is it reasonable to expect to be seated as a walk-in at opening (5:00 PM) or is a reservation necessary? We both don’t mind sitting at the bar. It will probably be Christmas week but not Christmas eve or Christmas day.

I can’t help with specifics as I’ve yet to experience v2.0 (the missus is eager to try it) but why not take advantage of reservations to earn some extra OpenTable points?

Open Table is useful for making reservations online without having to deal with phones and human beings answering them in loud spaces, but I confess that I don’t understand what use points are.

You can cash them in for gift certificates that can be redeemed for dollar value at restaurants that are linked through OpenTable. If you eat out regularly and use OpenTable for bookings, it’s a no brainer. I usually cash in about $20 worth of gift certs every few months just for making reservations at places that I would have otherwise made via tel. It’s essentially a cash back loyalty service (not unlike credit card points/air miles) for using their website. I’ve redeemed about $100 worth of certificates in the last year. Most bookings are worth 100 points… 2000 points = $20 cash back. By that math, every 20 dines via OT is a $20 discount toward your next meal. Simple as that.

Thanks for the explanation. I don’t use it often enough to really cash in, but I’ll keep it in mind!

Two blocks from Tosca, one can do a light ala carte meal with drinks in the lounge (“salon”) at quince, in that price range. Reservation not necessary. Comes with complimentary amuses and dessert cart. Try the Bitter Heart drink. If still hungry, pizza next door at cotogna. 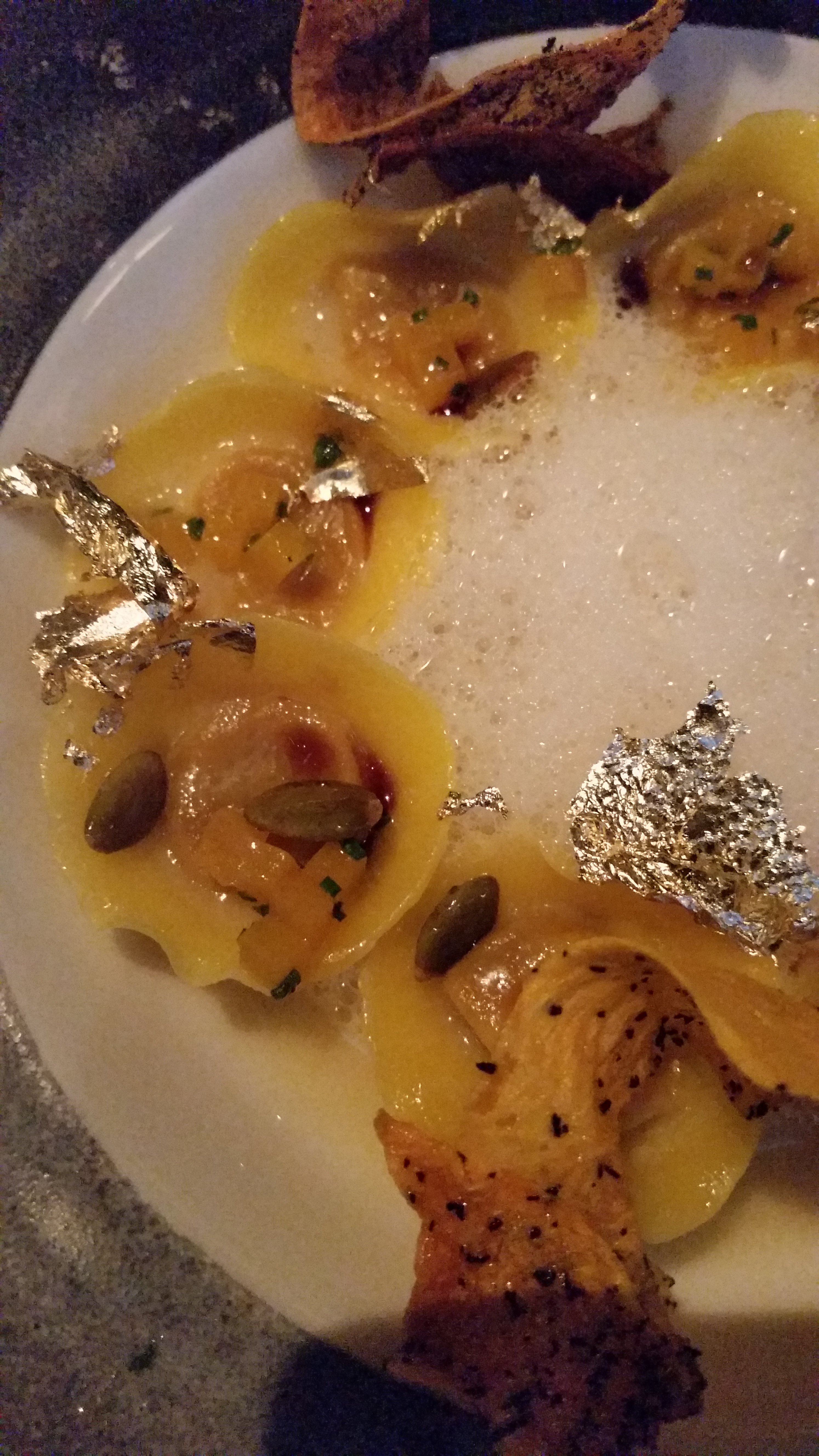 I’m only consenting to Tosca for old time’s sake (“cappuccinos,” that infernal machine, and the ghost of Carol Doda sipping beer at the bar between her sets across the way). Quince (and probably Tosca 2.0 itself) aren’t my kind of place, and my DD gets all the trendy restos she can handle back in NY.

Tosca’s menu appears to be more rustic compared to Quince which is more fine dining. Your daughter can just go to Babbo in nyc if she is looking for rustic, no?

You’ve missed my point; her request for Tosca was on account of her memories of the original Tosca (not the least for the house “cappuccino” which contains plenty chocolate and booze and no caffeine).

if she likes boozy chocolatey/dessert drinks, she might also check out Ice Cream Bar (just off the Cole st stop of N-Judah muni line in SF)

… and my point was that one may be able to get more bang for the same buck at Quince vs Tosca. but that depends on what one is looking for. I suppose she could do the cappuccinos at Tosca, then move on to quince. But it sounds like you wouldn’t enjoy it there.

We were not disappointed by the ambiance, the food (by meat-forward April Bloomfield, natch), or the house “cappuccinos.”

I had the Pork Liver Sausage with pumpkin smash, she the KIng Salmon.

In addition to the two house “Caps” (which served as dessert) I had an Old Rasputin and she a glass of wine. It was about 40% over budget ($139 before T&T) because I’m a softie as a dad (but only as a dad).

Overall, the food was very tasty and heartier and less precious than I imagined, and not really that expensive, course by course. I imagine people used to high-end dining would find a lot of “value” in it even if my own felicific calculus would not.

The “cappuccinos” (Marie Duffau Bas Armagnac, Buffalo Trace Bourbon, Dandelion Chocolate Ganache, Organic Milk) were more complex than we remembered. To me they seemed less potent than before, but she thought they were the same.

We walked in around 7:00 on Monday night when everyone was either Xmas shopping or staying in to avoid the rain, and had no trouble being seated without a reservation. We were actually the first seated in the back room, which filled up before we left.

A slide show of the meal is HERE.

The Tosca Menu is HERE.

i love Old Rasputin. Had some on tap up at Fort Bragg where it is brewed (at Piaci pizza pub)

Truth be told, the old house cappucinos were overly sweet and kind of gross.

I’m looking forward to eventually trying Tosca for the same reason as you; my wife’s been harassing me about it for months. We tend to prefer either casual neighborhood kind of places or classic meat and martini fare in dimly lit settings. We had our anniversary at Fior D’Italia, V-day res at Cafe Jacqueline, post-Xmas dinner at Gaspare’s, etc. Tosca has a special place in my heart so I’m glad to read that your experience was positive. We were actually seated beside Sean Penn on the terrace at Chateau Marmont last winter having brunch, and as we were paying the bill, I leaned over and thanked him for Tosca.

Has anyone been to Tosca recently?

I have a friend who’s blowin’ through town this weekend and really wants to try it. I’m just wondering how consistent things are back of house? It’s been a full year, at least, since I was last there. I remember the chicken for two being fantastic; I think I actually preferred it to Zuni. I forget what else we ordered but they had a really good cocktail with 16yr Lagavulin scotch that doesn’t appear to be on the menu anymore unfortunately.

Is it safe to assume that they’re still going pretty strong?

Just following up… Tosca is still terrific! We went Sunday night and ordered the meatballs with focaccia, bucatini with tomato, guanciale and chile, and the always excellent chicken for two. Cocktails were great, as always. I’m not a basketball fan but apparently someone from the GS Warriors was making a scene in the dining room before he was ushered into the kitchen for a private meal. Food, atmosphere, service = 10/10

Ah, but I still prefer the old Tosca where the drinks were cheap, the only food was the free baskets of Malvina’s Cialde, and the guy making the scene would most likely be Rudy Nuryev.