The lobster thread has some traction so let’s get a crab thread going! Who has some good restuarant recommendations, stories, recipes, pics, spots, tactics, etc? This isn’t blue claw specific…all crabs, all day, every day

I love everything crab related so let’s chat it up!

I know the z man has some crab intel. I’m about to head out today. 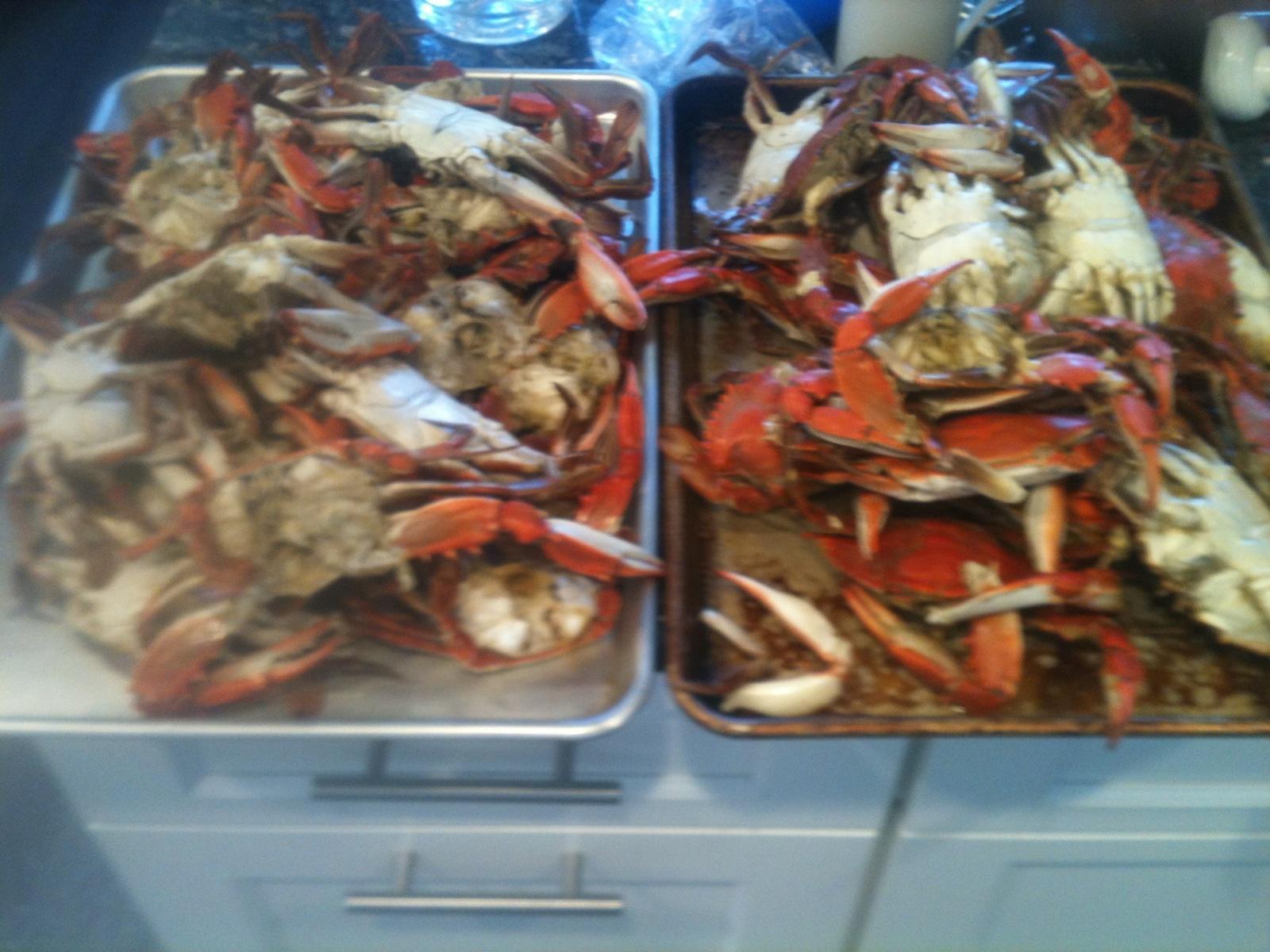 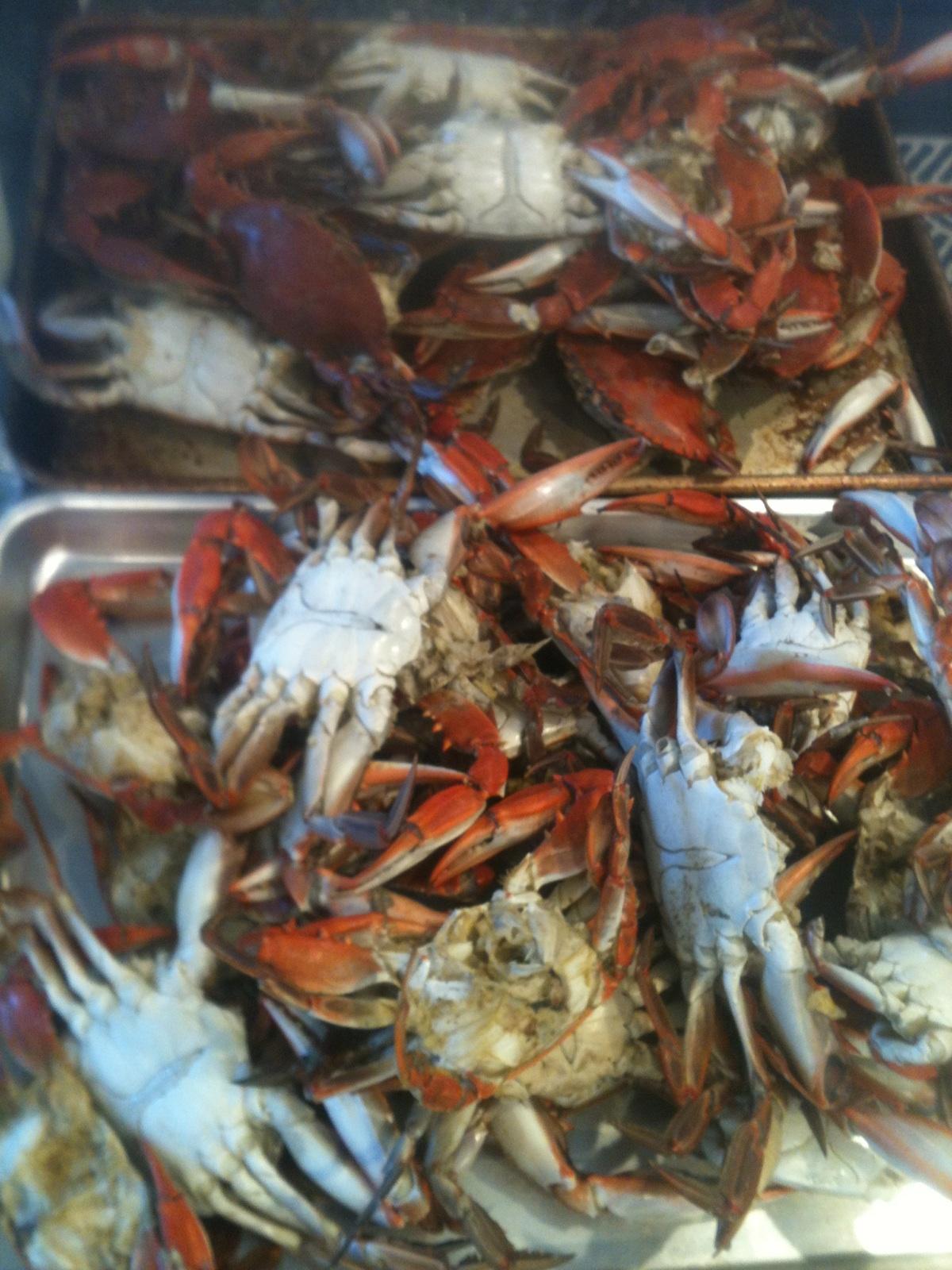 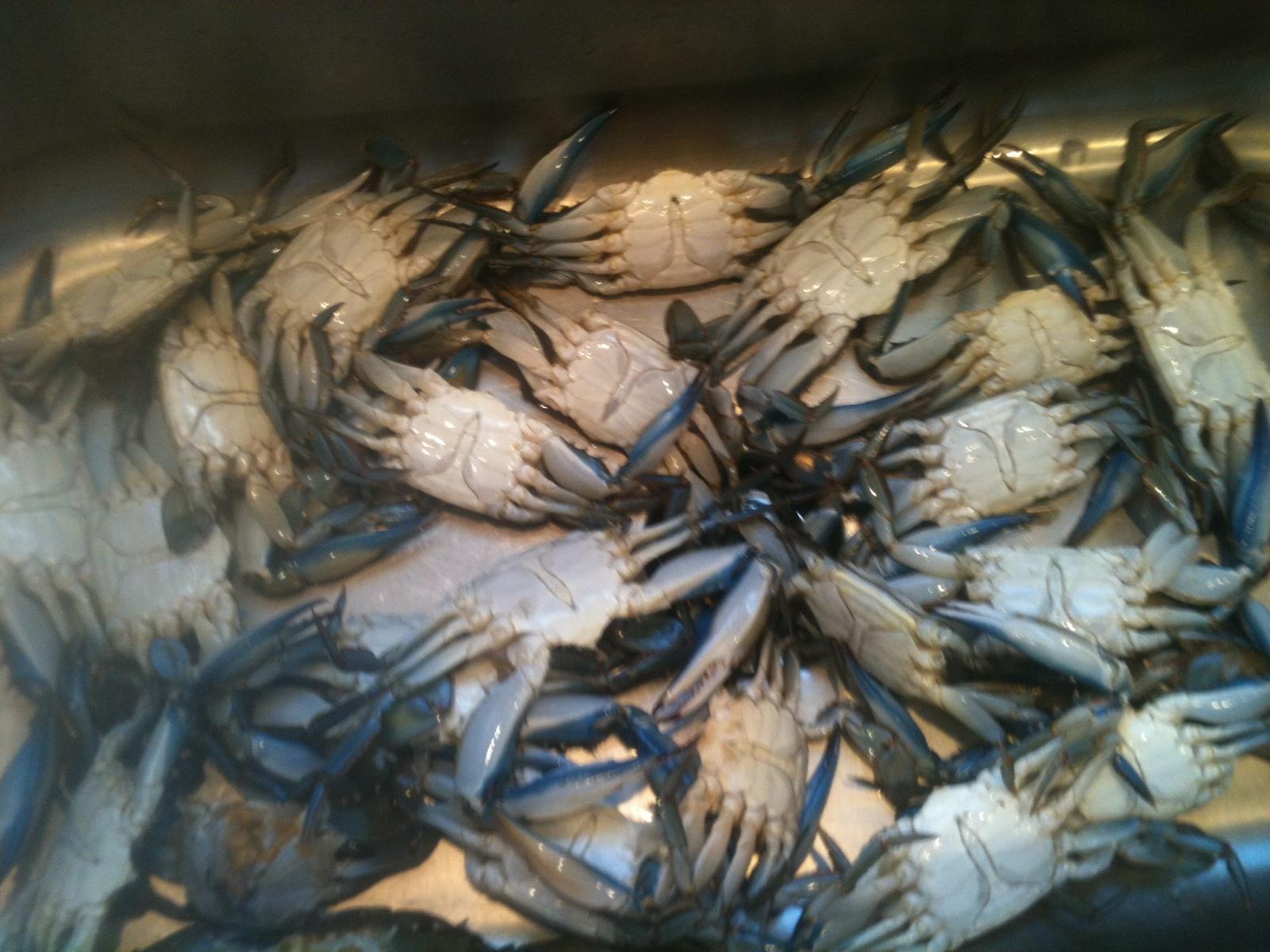 No recommendation. Just want to say I like crabs.

Thanks for stopping by : ) wish me luck today.

Were these your haul for today?

It’s funny, but crab is just not a real big item on many local menus - at least, not once we back out the nearly obligatory crab cakes. If I recall correctly, the waterside spot in Sea Bright is no longer there severing steamed blue claws, once again leaving only the Crab Shack on Mantoloking Road in Brick as the only place to go in the Mon/OC.

It’s a great subject to look for more information about. I’m sure they’re some great soft she’ll preps out there, but when’s the last time anybody’s seen crab claw “lollipops” offered up? Maybe a good blue claw pasta sauce? I’ll think some more, but I’m of the mindset that it’s an ingredient folks could be doing more with all summer long

How’d you do on your trip, Johnny?

Z man…never got out. My uncle went out the night before and said it sucked. He texts me at like 4 in the morning and tells me he needs some sleep so then I start drinking a little too early and it was downhill from there. Sigh. It was too nice to not tank some suds on the deck. One led to another. I’m probably going to get out this week at night.

And yeah, there aren’t many NJ crabs spots at all. I have always wondered why. 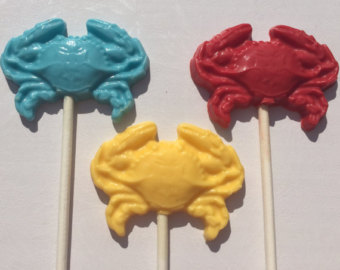 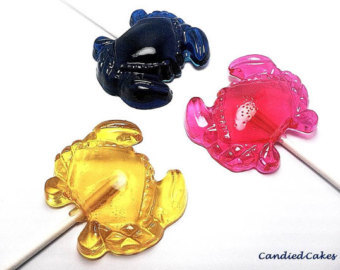 Not exactly what I had in mind, but I guess I’ll try the yellow one?

If your looking for crabs I can recommend this place:

Amazing day on the water with horrific crabbing yesterday. I wonder if they are digging down for this blow that’s coming. We had the right spot and tide. 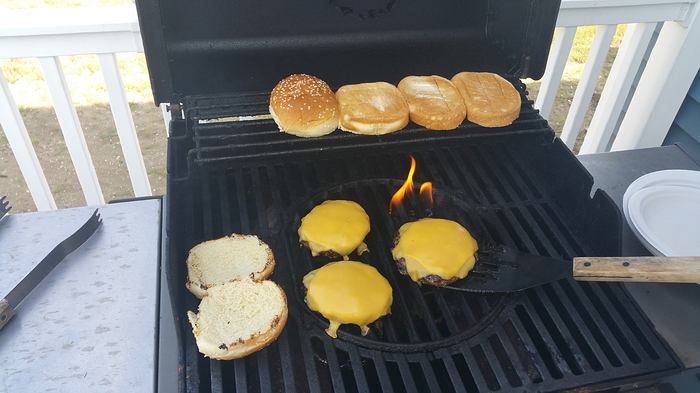 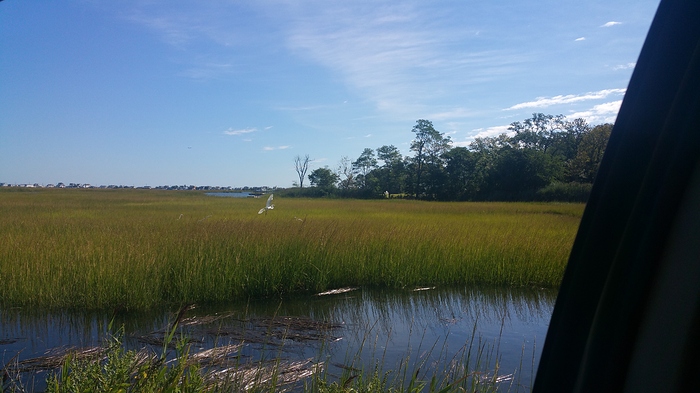 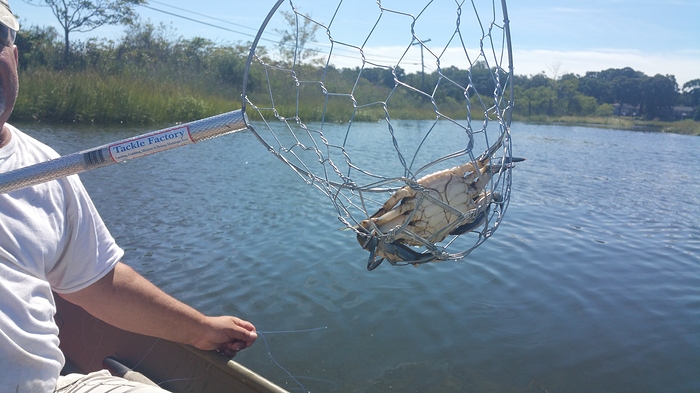 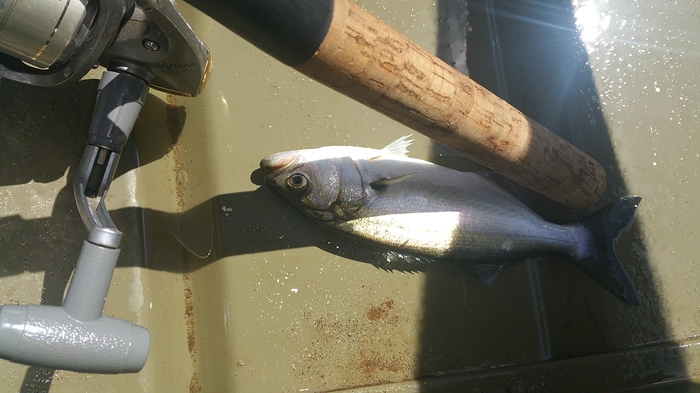 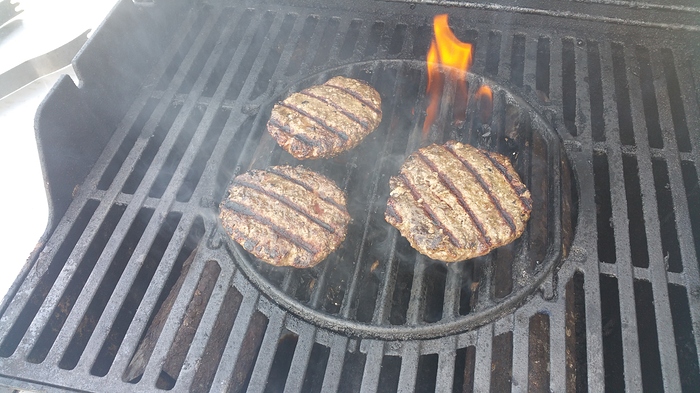 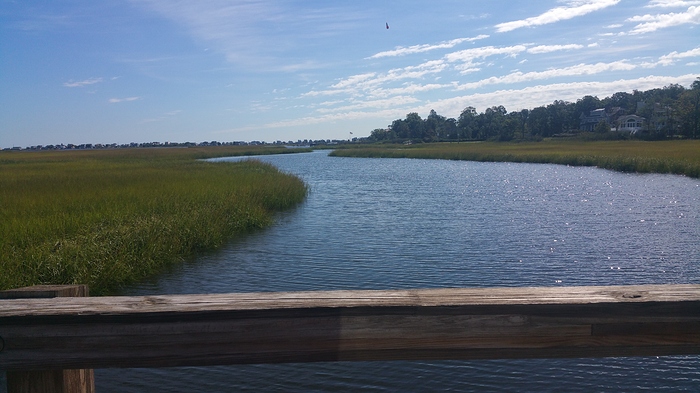 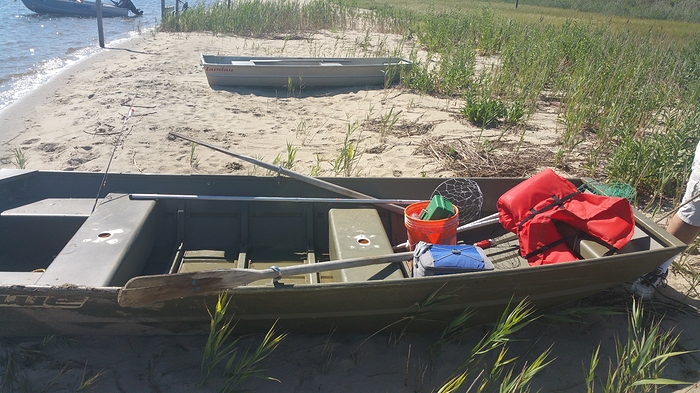 They may be easier to catch with the surge, maybe you will be able to pick them off of the front yard.

Is that a striper I see in that one shot?

That fish is a snapper. We use them for bait along with chicken. This weekend is shot. No scooping, traps or handlines will work. In fact, this storm is probably going to close the recreational season down if it really blows. I don’t see it rebounding in September.

Yeah, the shot was not clear, but I was thinking it’s 2-3 weeks early for stripers.

I’ve heard the yellow fins are out in the canyon.

My buddy just got back a few days ago. 83 degree temps. It was the dead sea. Nothing…not even a damn dolphin and they fished both hudson walls. Nothing like blowing a few grand for squat. They could easily be out there but they didnt see any signs of life.

Any old bay fans here? I love that stuff.

It looks like the crab talk will not catch up with the lobster talk. I guess people just like lobster better.

Well nobody turns you down if you ask them if they wanna go get a little lobster.

Well I didn’t light it up last night but… 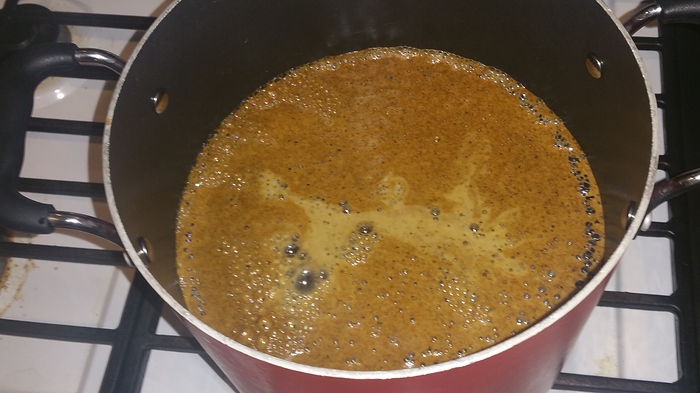 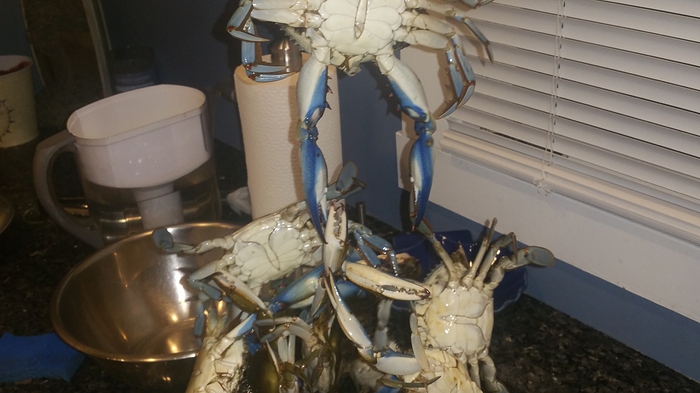 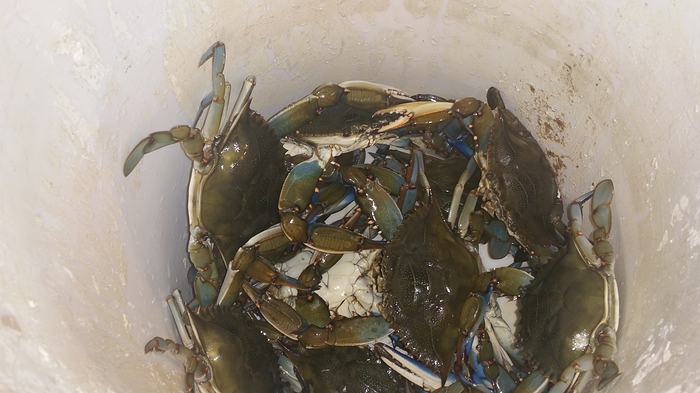 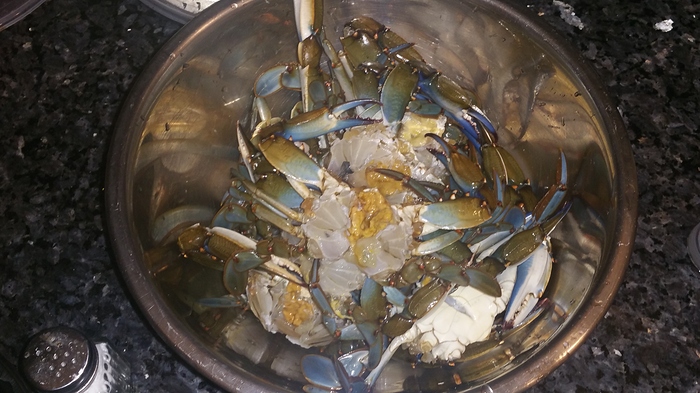 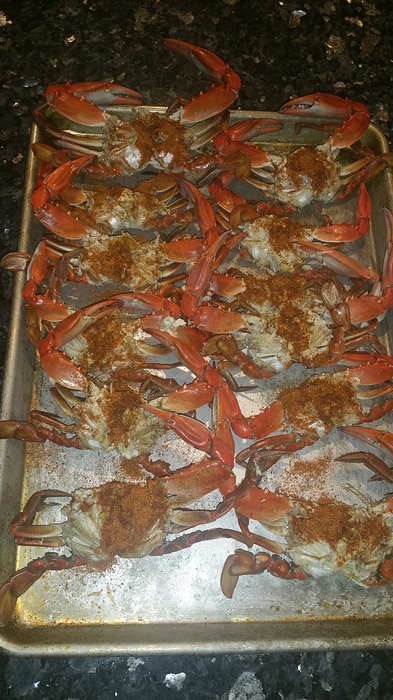 They weren’t baked. They were just cooling on the pan.

Let me get my hammer and I’ll be right over…

Forget the hammer…need beer. Old bay, crab and beer…I don’t think there is much better.