A confession. I have always got the best intentions with leftovers. I store things nicely in my fridge ready to be used another day, but I am so impulsive with my cooking that they often stay there until their short journey to the bin. I also clearly have a complete disconnect between the fridge and the freezer. Anyway, have just bought this book to focus my mind… 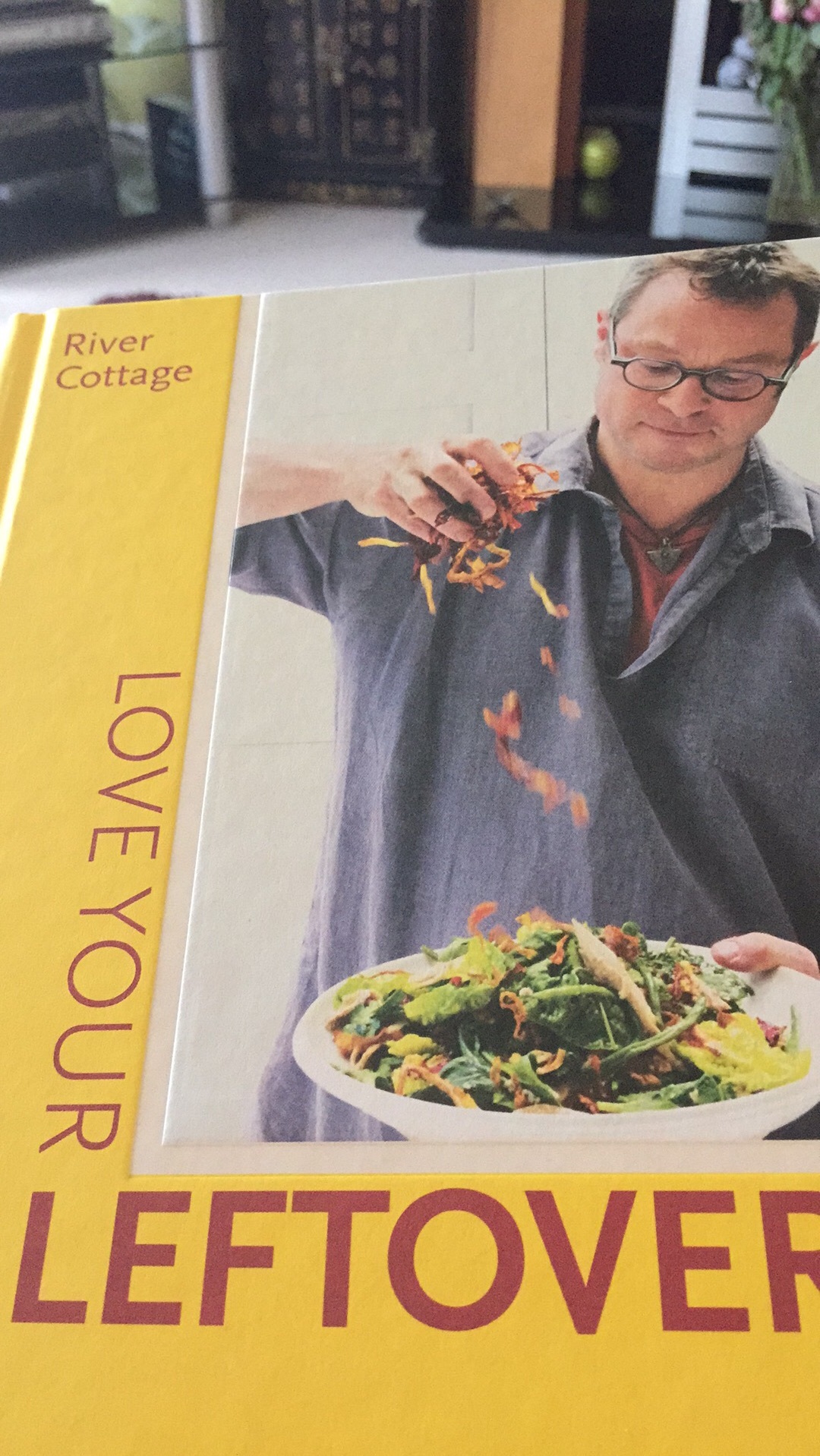 Well, you’ve got my mom beat, who likes to hang onto leftovers till they’re no longer identifiable, except by their rotting stench …

Lolz. Well it wouldn’t be the first time that my sister has gone into my fridge and been all 'what’s that smell?'

My uncle made a game of it a la “Let’s Make a Deal”–is it gonna be shelf number 1, shelf number 2 or one of the drawers?!

It’s penicillin. Your mother made it.

How is the book? Is it useful?

Because I’m wandering his leftover is different from mine. I “buy” his ingredients then it’s no longer leftover.

Funny timing. I just found some cooked beef and some deli turkey and salami. Going to make a crustless quiche with some broccoli.

Leftover meat, usually eat with pasta, fried rice or noodles, sometimes salad. If there is enough meat and vegetables, can even make a shepherd / cottage pie or Hachis parmentier, torn meat with mashed potato on the top and baked!

croquettes and arancini are great ways to use up bits and ends, as are frittata and quiche. i will add that i am very frugal in the kitchen and take pride in nothing going to waste.

I love to repurpose left overs in omelets, stir-fries, baked dishes and of course salads.
Some left over white or brown rice, a couple of fresh green peppers, de-seeded and halfed, some tomato sauce with meat balls. The peppers are stuffed with rice , then the mashed up meat, some of the sauce, a dash of evoo, shredded cheddar, topped with a little slice of Jalapeño, baked in the oven for about 20 minutes @350…and four are served a super lunch with a little leftover French bread smeared with garlic, butter and some salt, toasted lightly…served warm, and a glass of chard…
PS…this meal is requested regularly on Saturdays…why ??? I don’t know

I kinda hit a big gong this week – my butcher had Boston Butt (pork shoulder to the non-US folks) on sale for $1.99 a pound last week, so I bought a big one – a five pounder. My original intent was to either smoke it (new smoker I’ve not used yet) or marinate it in mojo and make lechon asado.

Ran out of motivation for both of those, so I threw it in the pressure cooker with a bottle of hard cider and a big onion.

Sunday night was pot roast.
Last night I shredded some of it and heated it with frozen corn (Southwest mix, so had peppers and onions in the mixture), a can of black beans (drained and rinsed), and a can of enchilada sauce. Nearly instant (but completely delicious) enchiladas after some time in the oven with more sauce and a blanket of cheese.

Tonight was arroz con pollo, just to break up the parade o’pork. Tomorrow I’ll heat up the last of it with some barbecue sauce and have pulled pork sandwiches.

Not to bad for $10 of pork roast – three meals, with leftovers for lunches at each iteration.

The big key to me is to re-use meats in other dishes – casseroles and other one-pot dishes are usually better the second time anyway after the flavors have had time to marry. Meats, however, I find to be dried out and not so nice the second or third time I around, so I make sure I make them into something else – usually with a sauce to make up for the dryness.

How is the book? Is it useful?

Because I’m wandering his leftover is different from mine. I “buy” his ingredients then it’s no longer leftover.

I’ve been so busy this past couple of weeks that I haven’t had a proper chance to use it. He’s had two really great programmes on waste, which I caught up on this week on iplayer. I’m quite inspired to try a bit harder!!
stares at brown bananas in the fruit bowl 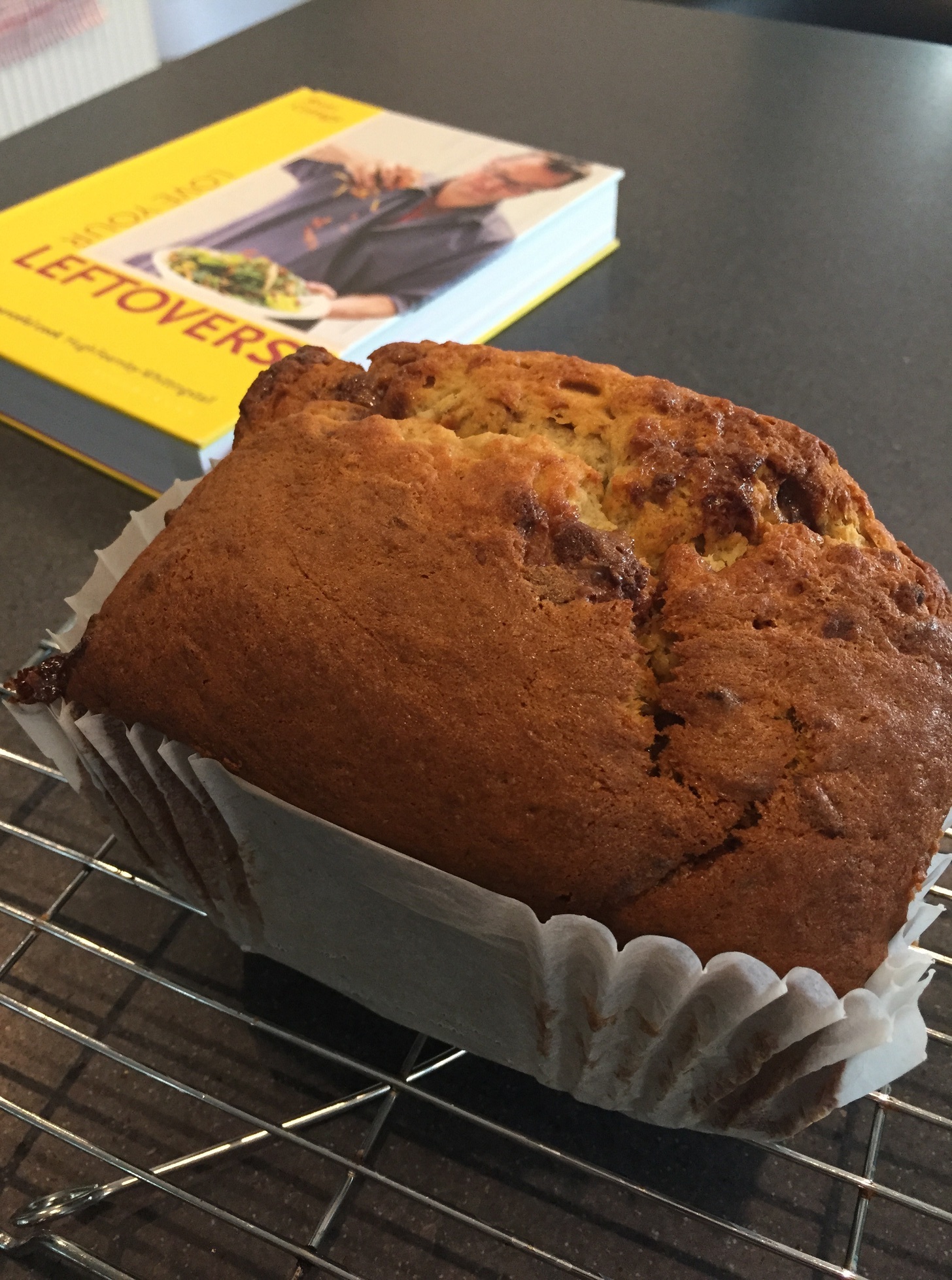 This was a seat of my pants type recipe. I chopped a Mars bar up and added to the mix. My 6 year old is loving it!! Pity

I’m not to keen on bananas, eh?

I’ll confess that my “go to” leftovers move is Nachos. I’ve never met a protein that didn’t taste good to me with melted cheese and chiles.