I’m not sure how many of the suggestions are diabetic-friendly, as @zackly requested. As the daughter of a Type 2 diabetic, I avoid making dad heavy, carby meals.

I think there are several non-starchy ideas between the two threads, but what would you do with the milk?

Bolognese? I’d make mine with mushrooms. Serve over rice and bean mix.

But I don’t typically cook with milk. Apologies for posting on a thread without a substantive response. It happens sometimes. Thanks. 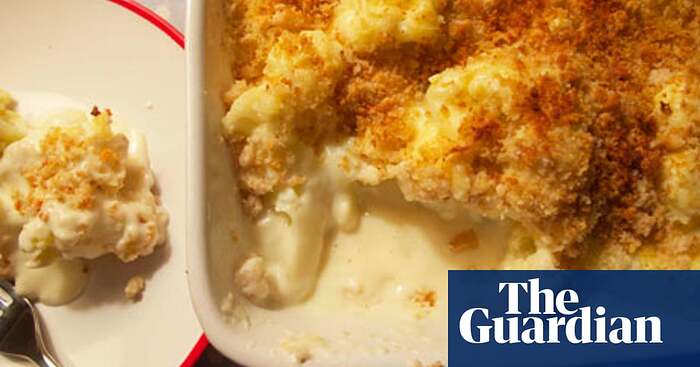 How to cook perfect cauliflower cheese

Do you eat cauliflower cheese on its own or as a side dish, and what do you add to liven it up?

I often cut back on pasta or noodles, and add cauliflower, broccoli, other veggies to casseroles, to increase water and fibre, and decrease the complex carb ratio.

I had suggested bechamel as a catch-all because it can be made and frozen without the addition of anything, but with primarily cauliflower cheese in mind

— but it would work for non-starchy gratins too.

All of my extra, about-to-expire milk becomes Paneer. But you already mentioned you didn’t like the ricotta you made from old milk, so you might not like paneer.

Still, it’s a bit different - you pack it into a puck and put a weight on it to compress it, so it’s a fair bit different in usage than ricotta. Chunks of paneer are great in just about any kind of Indian gravy as a sub for chicken or mutton (it doesn’t melt) if you have vegetarian diners (Edit - vegetarian who will consume milk cheese products, I should rather have said).

And bechamel is also used in moussaka, papoutsakia and (carbier) pastichio

Could do this with canned tuna and less or no potato. 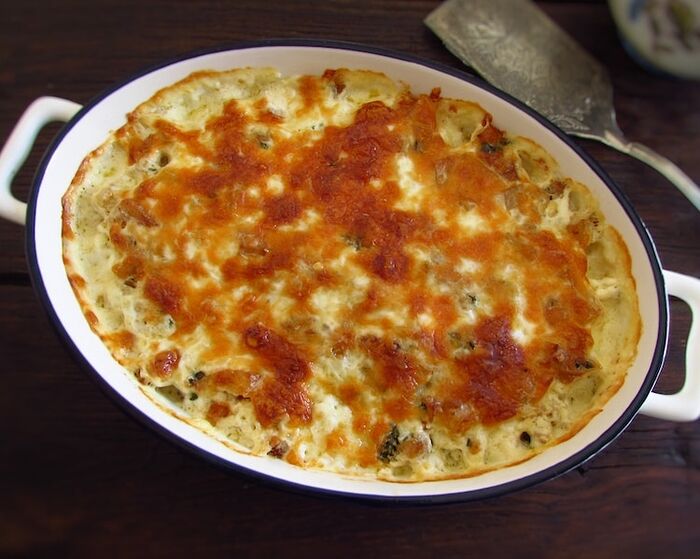 If you don’t know what to do for lunch or dinner this recipe is perfect for you! Creamy potato and tuna bake is a simple and very tasty...

I too like to make paneer. However, every recipe I’ve seen emphasizes that whole milk must be used.

I’ve done it with 2%, whole milk, and whole milk fortified with heavy cream (pint or even 2 pints HC per half gallon milk).

It turns out OK any way I do it. However, there is a large difference in mouth feel if me and the kids are just eating chunks of it. The fattier stuff most definitely has a better (creamier) mouth feel when simply eating chunks of it vs paneer made from just 2% - the latter is much “drier” tasting. Also, the fattier milks (or milks fortified with fattier stuff) yield more weight in curds. [Edit - full disclosure, my favorite is the fattier stuff for just eating in slices or chunks. But I like 2% fine, too. Just not as much!]

But when using it in gravies as a meat substitute, I don’t find there’s so much of a noticeable difference to me. Especially if I use a recipe calling for a “roasted” paneer in the dish (this is often nothing more than tossing the paneer in spices and some corn starch, then pan frying, or tossing in spices and flour with a bit of oil and oven-frying).

I don’t want to pretend I didn’t have some failures when I first started - I did. But this person’s website helped me a lot. 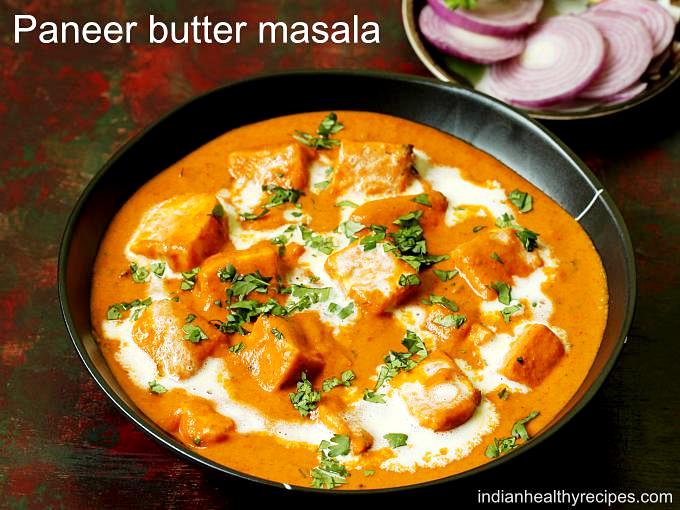 This recipe as linked is to butter paneer, but inside it there are links to making paneer itself and other recipes. I’ve used many of their recipes and been quite happy with the results. 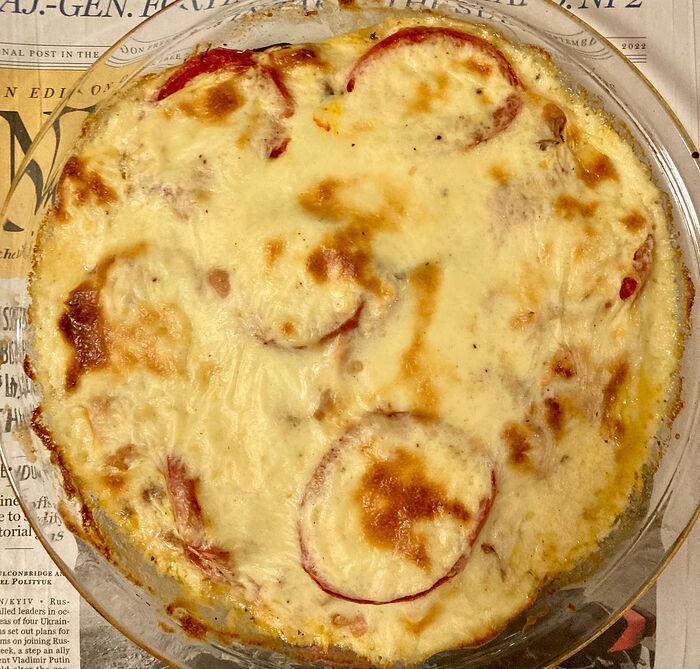 I made this tuna /eggplant /tomato / potato free-form moussaka topped with bechamel tonight, using 2 cups of milk : 1 can of tuna : 2 potatoes

Potatoes are not healthy for diabetics.

Most endocrinologists suggest moderation these days, rather than no potatoes. The diets are not as extreme as they were in the 1970s, partly because extreme diets are hard to stick to.

2 small potatoes: one can of tuna, for a main serving 3 people, is not a lot of potatoes or carb for a diabetic.

It’s good to keep the original constraints in mind, as threads do tend to drift (especially when we’ve got two substantially similar ones

Your mention of beans reminded me of this delicious dish (same idea as chicken/pork cooked in milk). I doubled the milk when I made it, and used the IP. 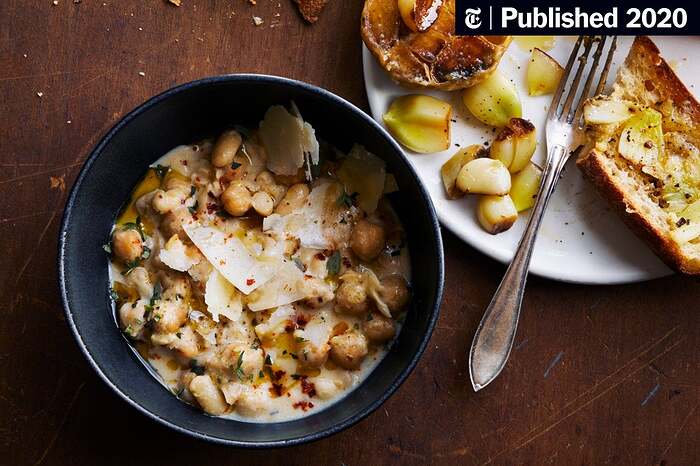 Everything you need to make this humble-but-satisfying meal is probably in your kitchen at this very moment Two cans of beans (chickpeas and white beans) are simmered with milk, a whole head of garlic, herbs and nutmeg for a rich and creamy... 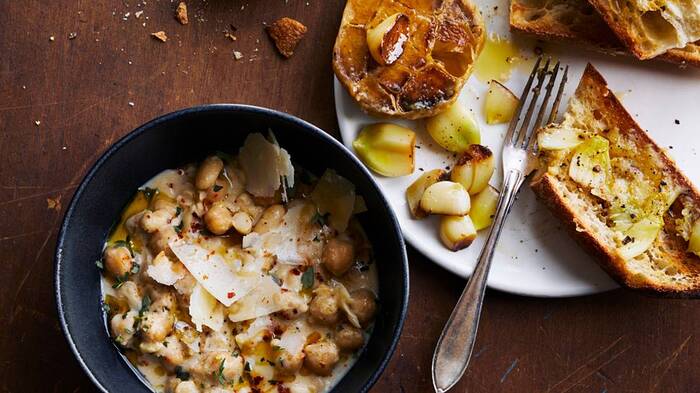 Everything you need to make this humble-but-satisfying meal is probably in your ...

I love those NYT creamy white beans. Thanks for the reminder to get that back in rotation.

After reading a recipe for “requeson revuelta”–a ricotta-like cheese, fried–I came up with a one-pan version that I like for making a substitute for ground meat, often with the addition of crumbled tofu… To milk, I add a bit of salt, whatever spices I’m working with (such as prepared chile powder) and, for color, Kitchen Bouquet caramel color. I heat the milk in a skillet almost to the boiling point, then add a touch of red wine vinegar, enough to make the milk curdle. I cook it long enough to make sure the milk has all curdled, then pour off the resulting whey (saving it for another use, perhaps even in the recipe I’m making the curds for) and continue frying the curds, with a bit of oil as needed, until they’re the consistency I want. Season to taste as you go. The curds are a satisfying addition to meat-free tacos, chile beans, pasta sauce, etc. A lot like paneer, I suppose.