I finally got around to testing all of my copper cookware with the 3M LeadCheck swabs.
Here’s a picture of everything I tested: 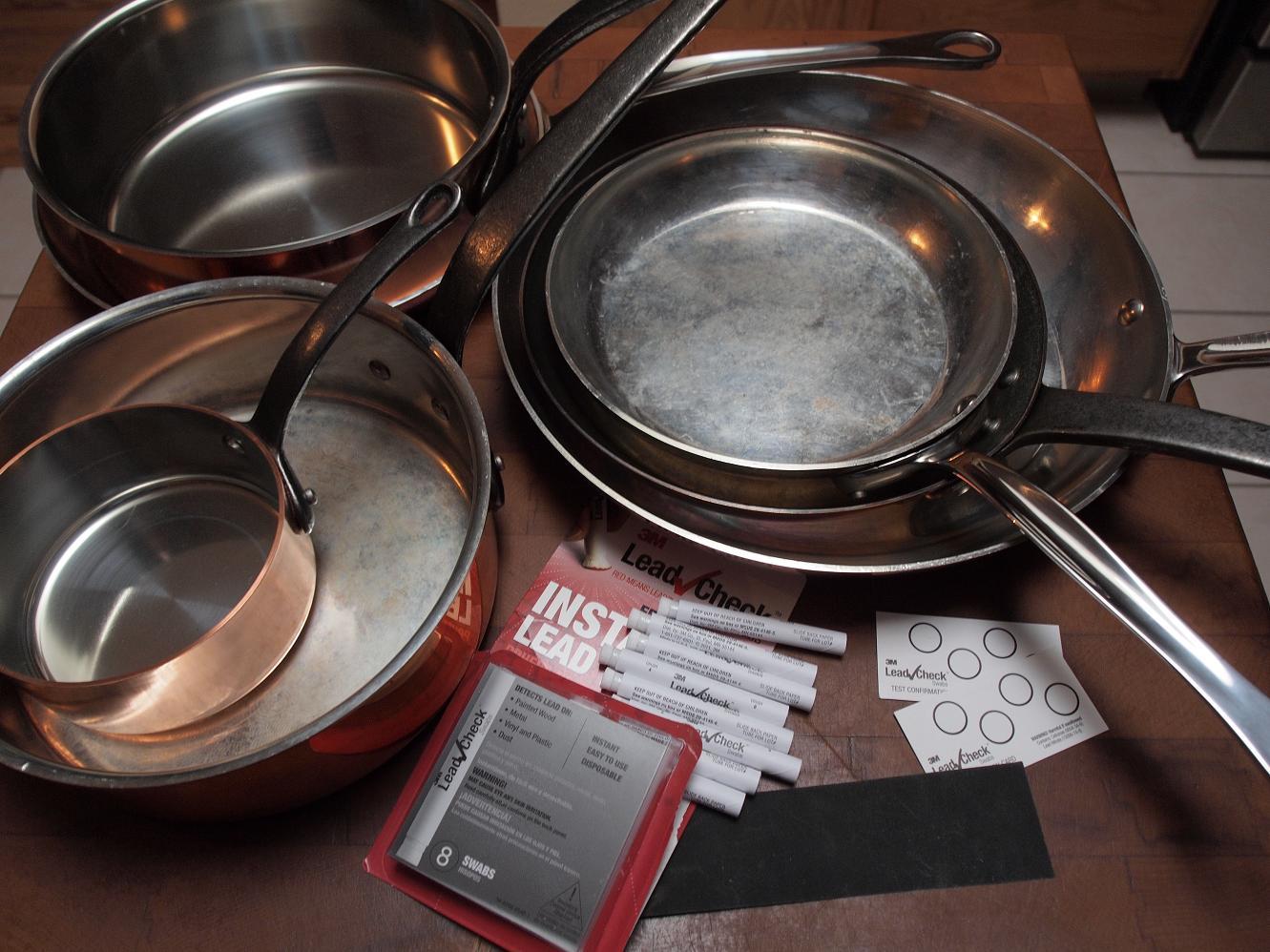 The instructions say to lightly abrade the surface with emery cloth, so that’s why it’s included in the picture. I cut a new strip for each abrasion (to avoid cross contamination), & wiped each abrasion with a clean paper towel before testing. They also include “negative result verification” test cards, so that you can verify if the swab was mixed properly in a negative test result. The instructions for metal say that “lead-free” solder (for water pipes) has to be below 0.2% lead, & that these swabs will change color at that percentage. They also said that tin could discolor the swabs purple, making it difficult to see pink/red in a positive test result.

Results: none of my cookware tested positive for lead. Here are the pictures, with the verifications along the way: 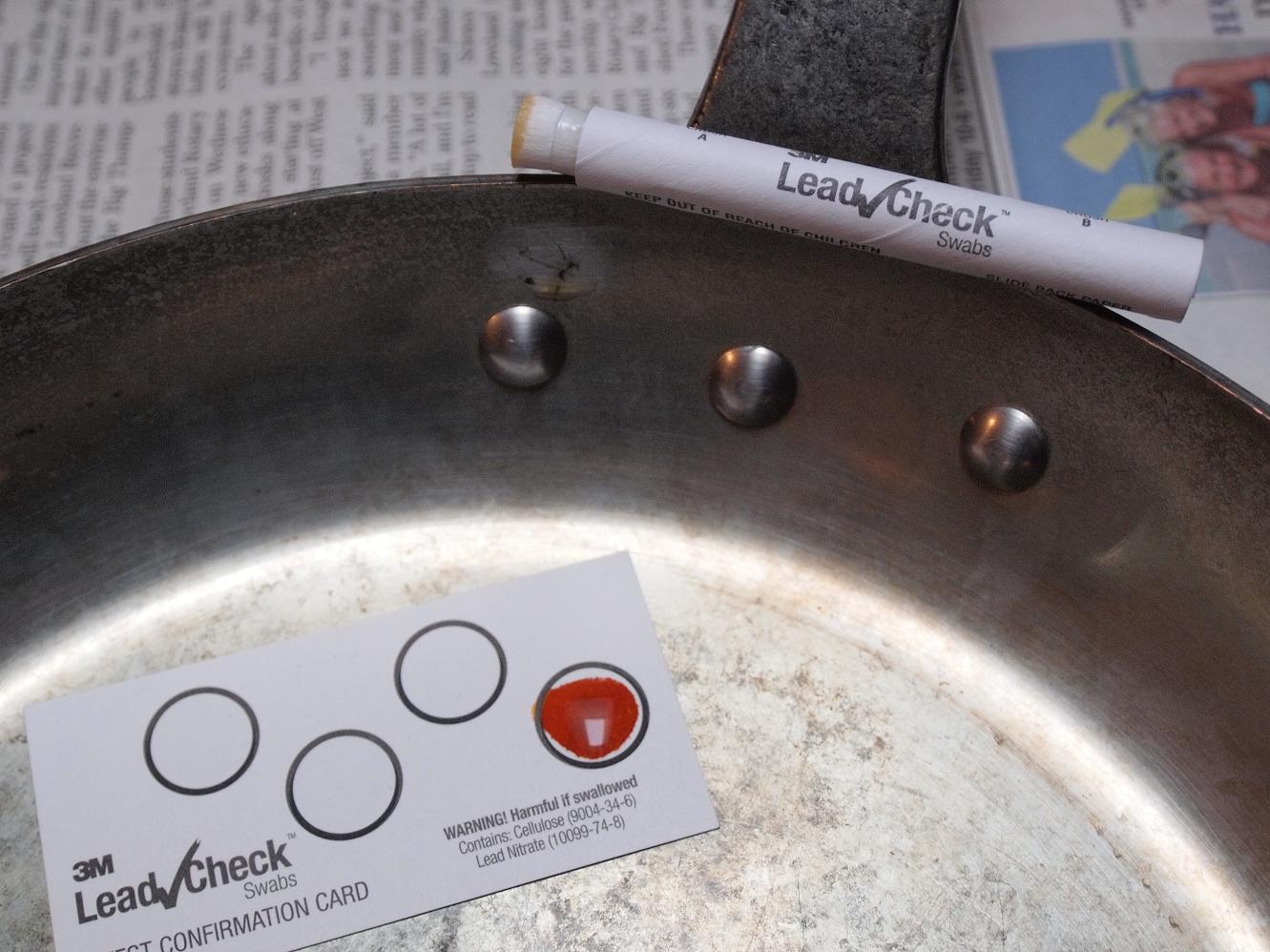 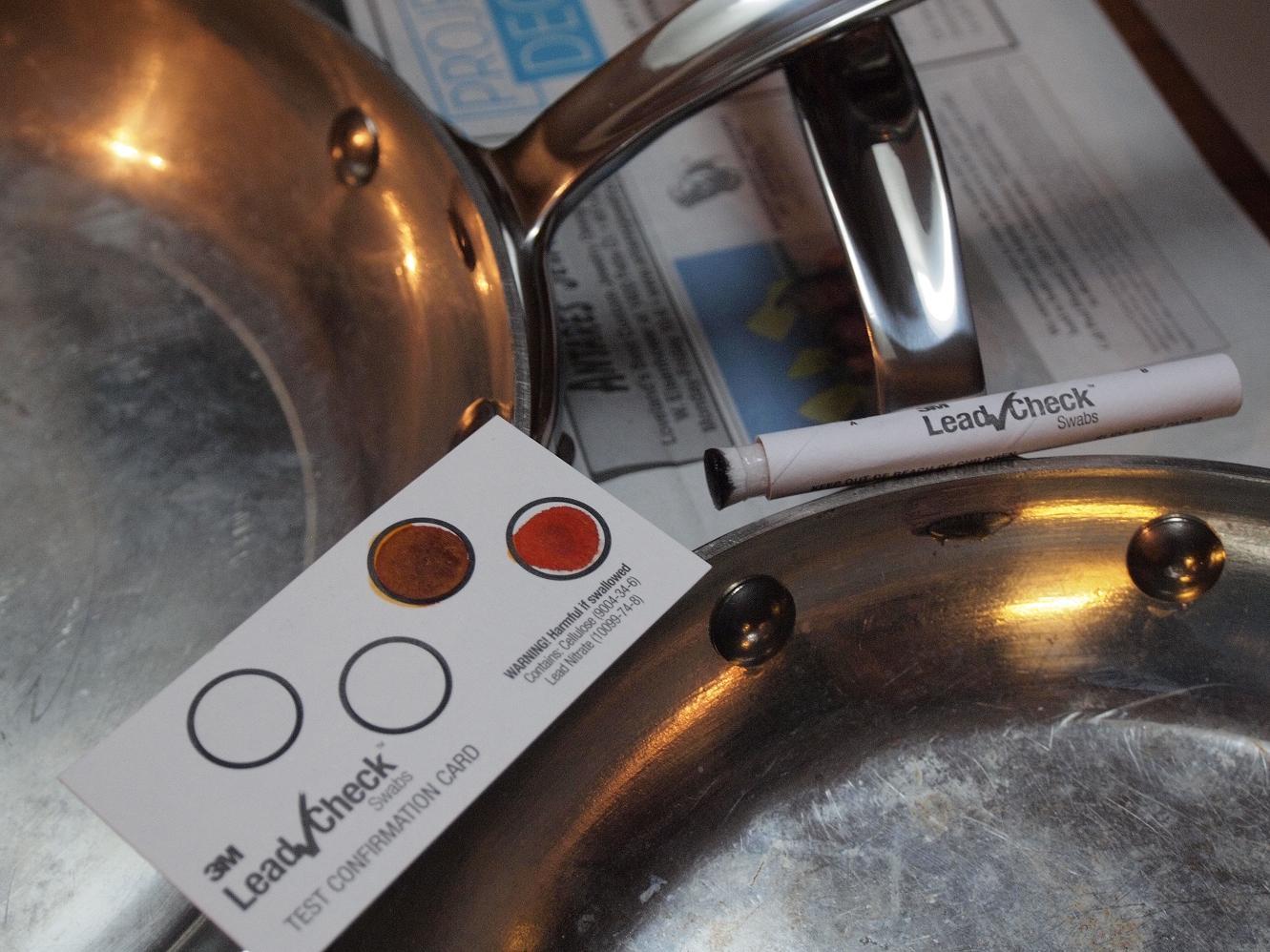 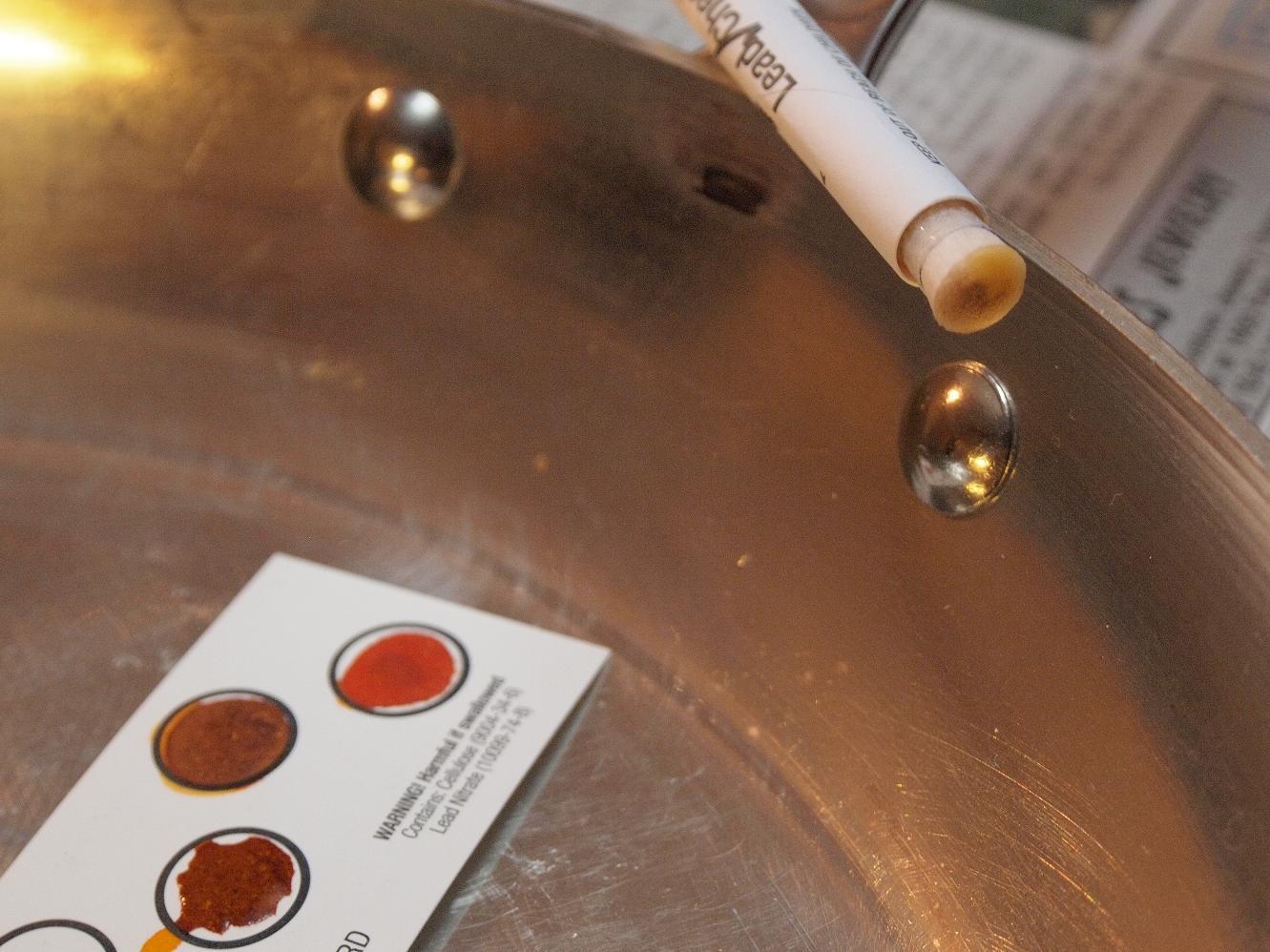 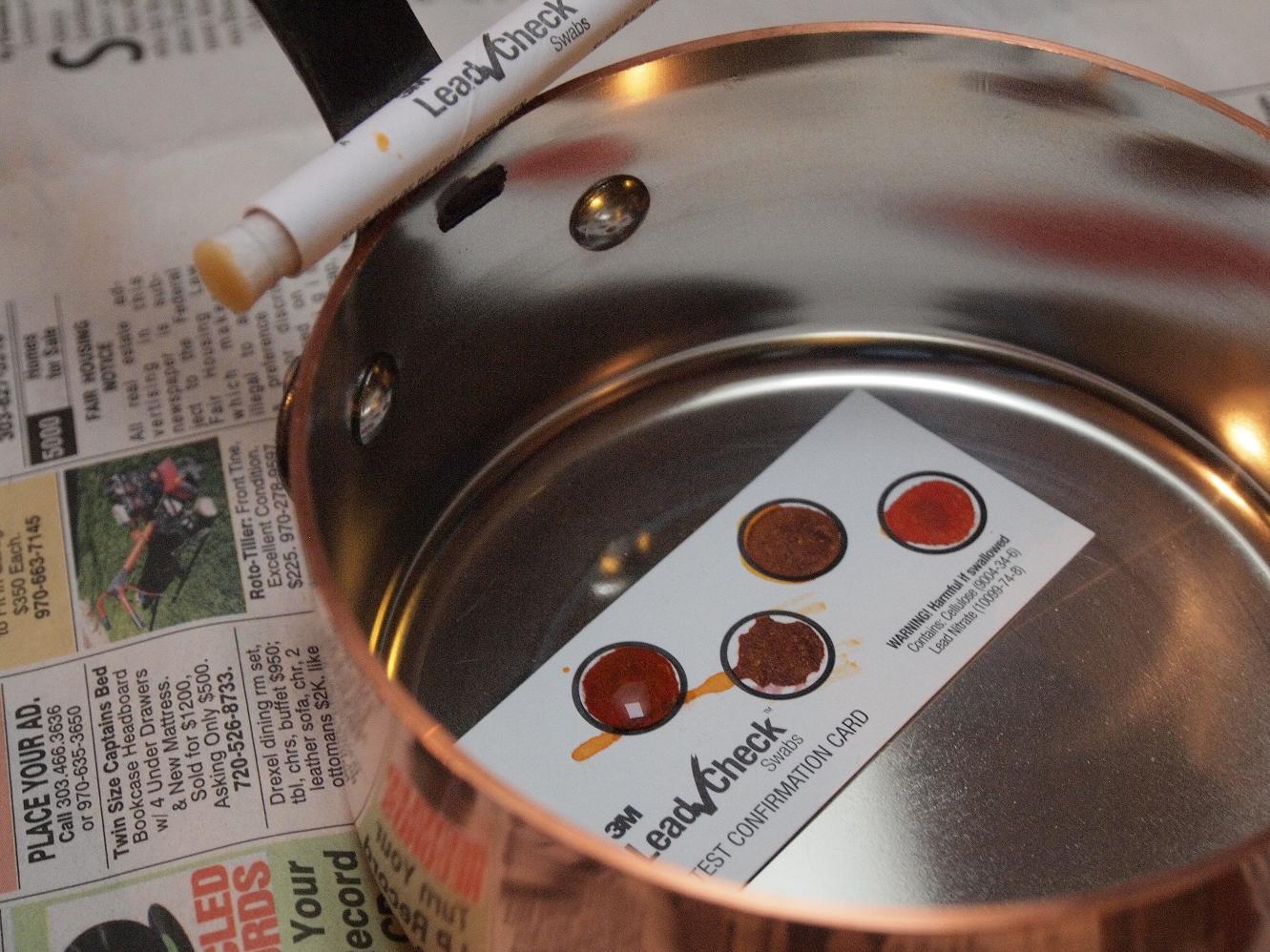 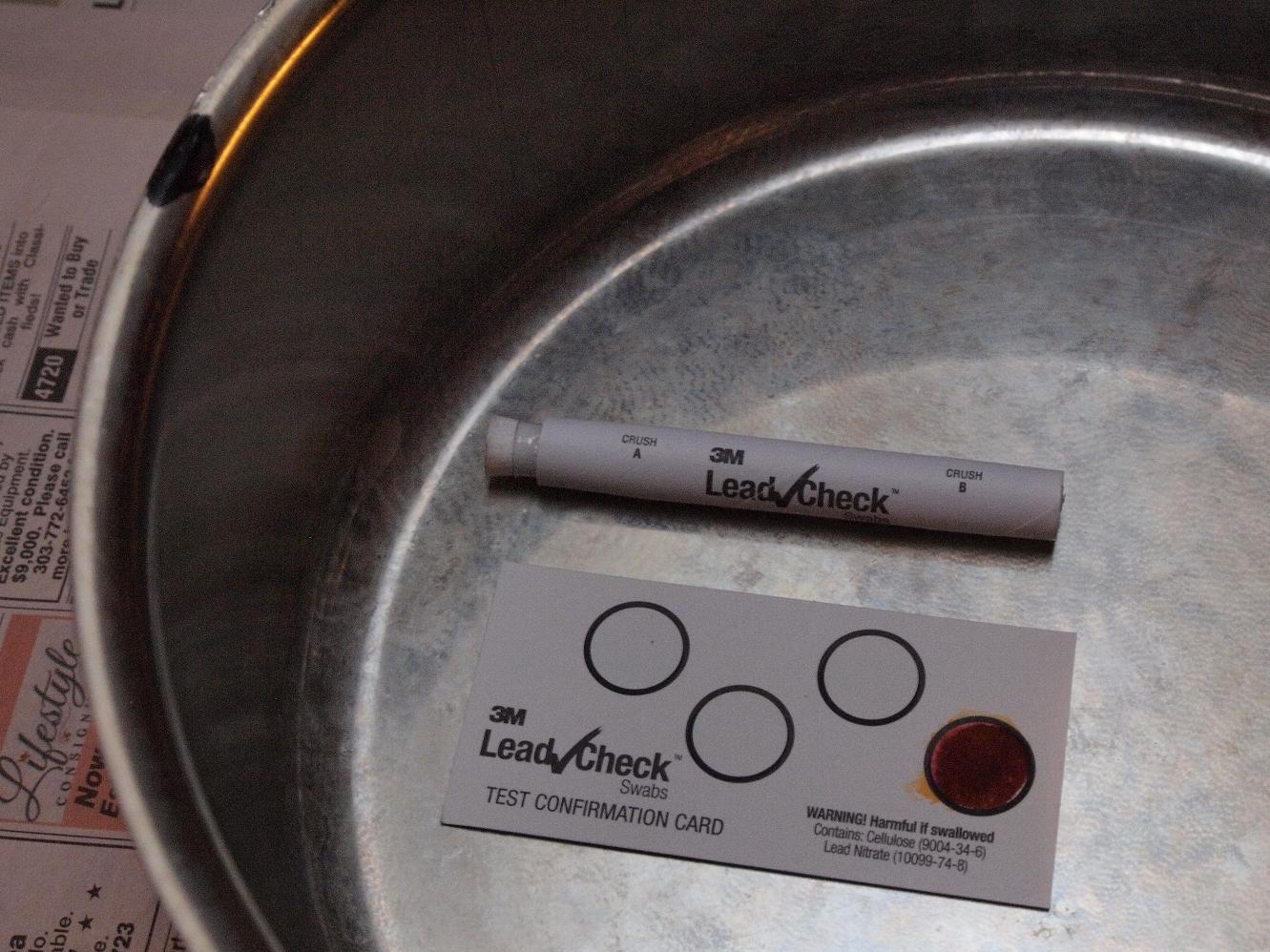 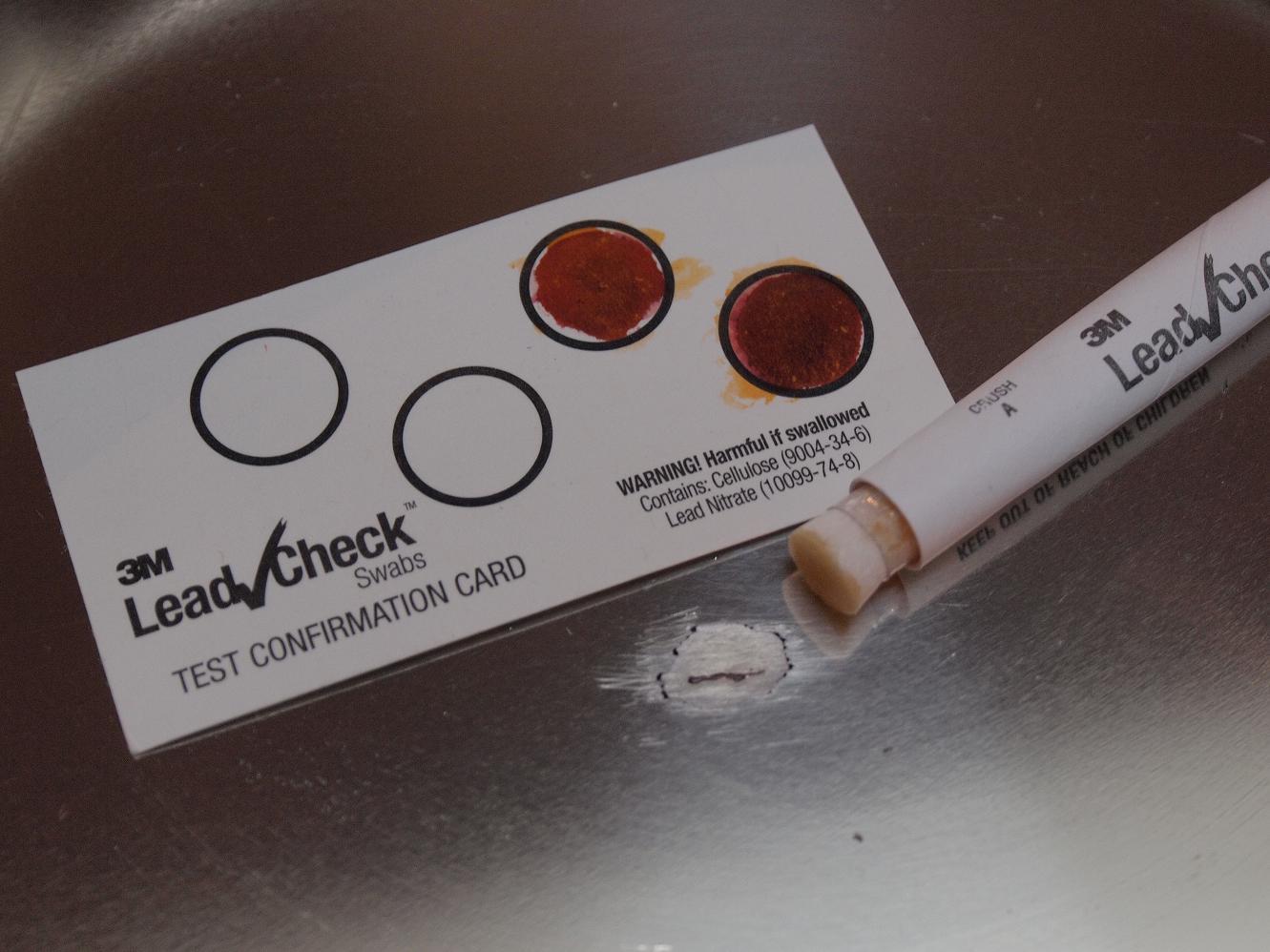 As a last-minute addition, I decided to test some 40% lead solder I had in the next room. The instructions say that the swabs are only viable for 2 minutes, so I quickly grabbed the solder, abraded it, wiped it, & tested it. I wasn’t sure if I was still within the 2 minute window, but I tested it anyway. 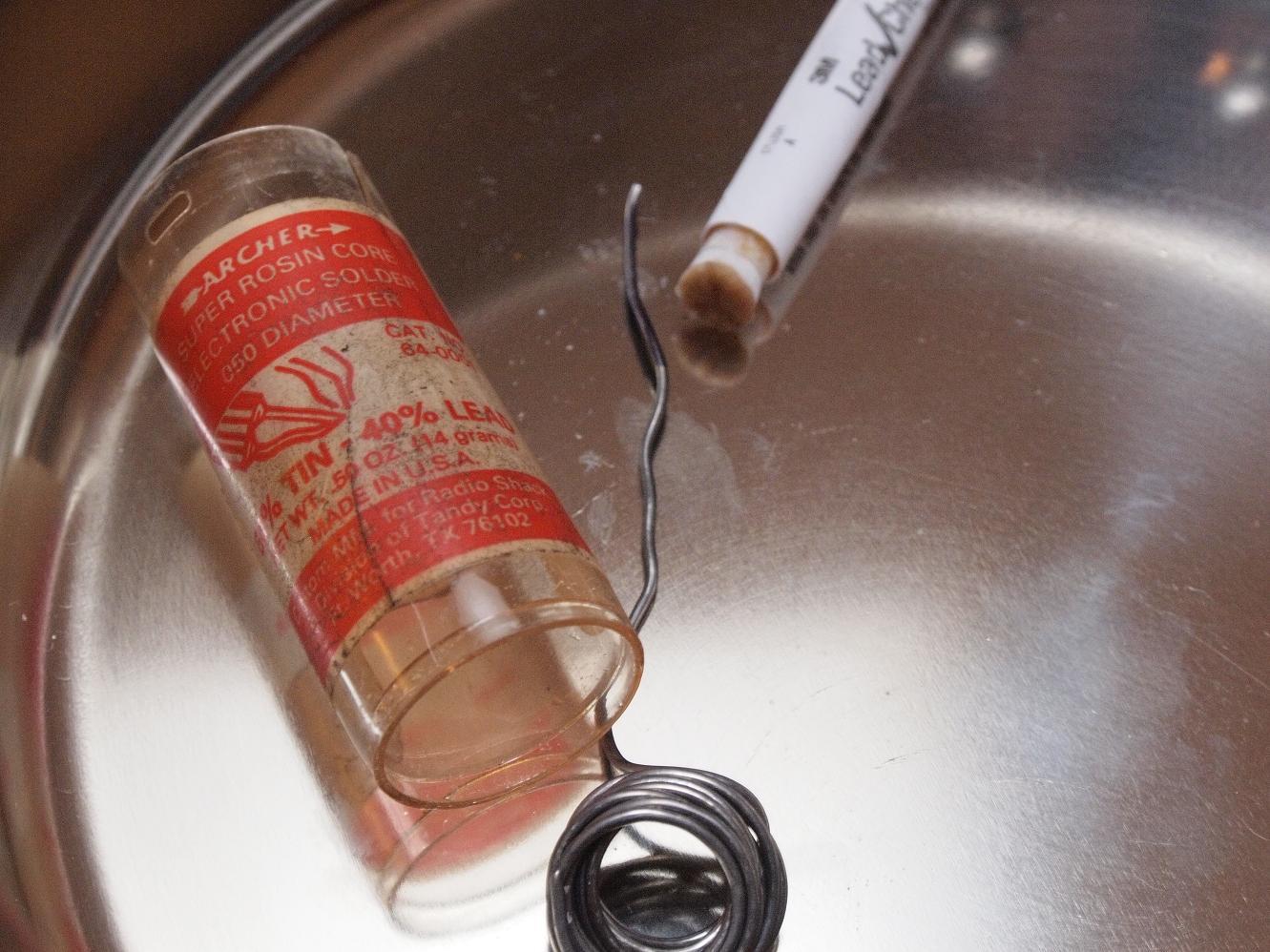 I was more than a little disappointed to see that the swab did not change color to pink/red! (It darkened, but this was more like a metallic grey mixed with the amber of the test fluid.)

I cleaned up all of the pans & started making my dinner. And it was while I was throwing away some trimmings that I noticed it – the last swab I had used (to test the solder) was now dark red! I quickly pawed thru the trash looking for the other swabs. All of the rest them were clear, except for one that had a smidge of pink (I had used that one to re-test the “unknown” pan after using it on the small Baumalu pot). Even the swab that was dark purple from tin was clear! 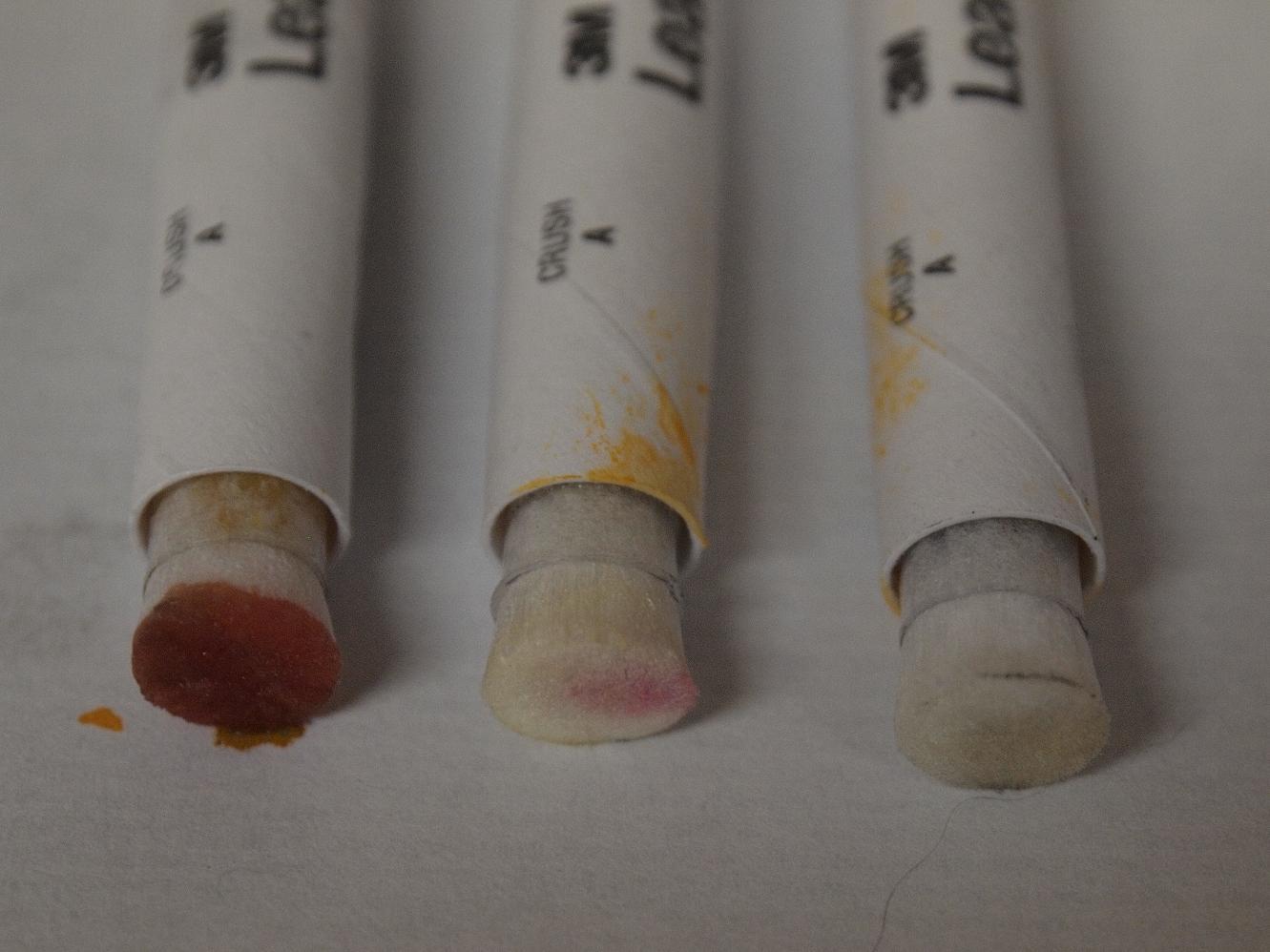 I don’t know why there was such a delay between the tested metal & the color change, especially when the verification cards changed almost immediately. But I guess I don’t care, since I did (accidentally) find them after the color changes occurred.

And yes, I do feel better about my cookware now.

Cool. The test seems a bit non-straightforward though. Maybe I will play with it one of these days.