I’m in Maryland US, UTC-4 during Daylight Savings Time (now) and UTC-5 during Standard Time. So you are somewhere in UTC+2? I had somewhere in the EU in mind and time zones don’t help much. grin

You are well-spoken in English. My apologies for having little command of languages beyond American English. When I landed at Schipol in Amsterdam to work in Delft for a term (1981) my taxi driver spoke eight languages. I have never recovered from the realization of how little most Americans really fit into the global economy. I do have a little of this and a bit of that language which I find entertaining when Europeans think I don’t know they are talking about me. grin Caribbean Creole on the other hand I am completely lost with. I digress.

Thank you for the compliment. I have studied English all my life and attended Bilingual English school. and my whole family speaks it. It is a quintessential tool for business people and travel.

We all have an Advanced Cambridge Certificate for English.

My paternal grandparents were born in Italy.

Have never been to Maryland however, we attended a convention in Washington D.C. approximately 7 or 8 years ago and then, headed up to both Manhattan and Boston. On a prior trip we were in San Francisco and Chicago. We loved Manhattan ! We had an amazing time eating our way through Downtown Soho - Greenwich Village and of course a couple of Michelin well knowns.

Boston was equally as unique and we enjoyed the city & the seafood very much.

San Francisco is a true gem … And Chicago was alot of fun and we love the Frank Lloyd Wright Architecture. Big buffs of architecture !

It is unfortunate that the majority of non-Hispanic or non Latin Americans
only speak English.

Spanish is a viable business tool for Americans … and under the last president, public schools (I had been told) did not provide a choice of 2nd language in the public system. For us, very sad.

As you know, “THE MORE YOU KNOW THAT IS BENEFICIAL, THE BETTER CHANCES OF GETTING A STABLE, GOOD POSITION EMPLOYMENT WISE, IS CLEAR FACT”. And one can save a life too !!!

Have a nice weekend …

Spanish is a viable business tool for Americans … and under the last president, public schools (I had been told) did not provide a choice of 2nd language in the public system.

Hmm. I’m not aware of any change in public school language programs under Mr. Trump. I have a little of French, German, and Norwegian. As you say, Spanish is a business language in the US. For us personally, house cleaners, yard workers, and recently the people who installed a new roof speak Spanish as a primary language. Many of the ad hoc workers I contract with for skilled labor in my own business speak Spanish better than English. My Spanish unfortunately is poor, although we manage if they speak Spanish and I speak English, everyone enunciates carefully and slowly, and we fall back on drawings. Despite my language deficit I have little problem finding workers as I provide a great deal of training and pay well. I do require (US) I-9 documentation even for contractors.

Yes, it is illegal to hire someone without the proper documents of immigration in The E.U. as well, really worldwide now. Migrant workers have special documents too and health insurance as companies must pay into the Inss = Social Security System of Spain.

If they hire illegally, the government shall close the company down and they face harsh fines and imprisonment too …

Well, I read that the former President did not favor foreign languages even though his wife speaks the following: Slovenian, English, French, Italian, German, Croatian and Spanish fluently.

And the son, speaks English and Slovenian and is also studying Spanish or French at his private school.

His mother speaks to her son in Slovenian.

Anyway, it was something I read and the source is reliable.

Spanish is a viable business tool for Americans … and under the last president, public schools (I had been told) did not provide a choice of 2nd language in the public system. For us, very sad.

While it’s true that foreign language instruction in the U.S. has declined over time (and beginning far before the previous administration), it certainly hasn’t disappeared entirely. Can you share your source for this information?

Most colleges require that students have at least two years of foreign language instruction. 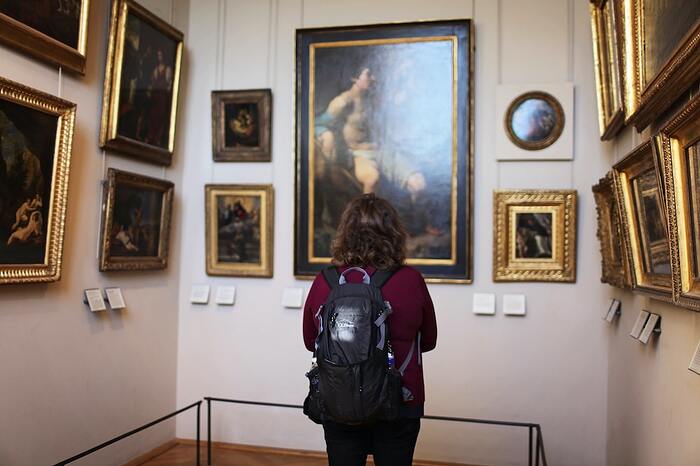 Should you take a foreign language in high school? The short answer is yes; it can even give you an edge in college admissions.

English has been installed in all State Schools from age 3.

I read this in the El Pais Sunday Newspaper, approx 2 or 3 years ago.

Learning a foreign language at the age of 16 or 17 is extremely difficult.

Have a nice weekend. Cannot provide a link as it was a long time ago that I read the article.

Learning a foreign language at the age of 16 or 17 is extremely difficult.

When my sister in law lived in Mallorca, she coached teenagers in English - both the formal learning to help them pass exams but, also, in conversational English to help in employment. She’s fluent in Castilian (and English, of course) and speaks the Mallorcan dialect of Catalan well. Both acquired just from living there for years.

That isn’t at all what you wrote earlier. It IS difficult to learn a new language at 16+, which is why high schools offer foreign language instruction to students as young as 13. And I have no idea what

English has been installed in all State Schools from age 3.

means. Of course schools teach English, as well as (not instead of) other languages. How else are students going to learn grammar and spelling in the language they’ll likely use most often?

I started taking French at age 5, Greek at age 6 (one year of Saturday morning classes), German at age 7 (Saturday mornings from age 7-15).
Spanish was a piece of cake at 16.

Picked up a dozen Cantonese phrases as a teenager that I can still rattle off.

Refreshing Greek at 32 was challenging.

Some people are also naturally better at picking up new words and new languages.

Spanish was useful when I lived in New York. Fun to eavesdrop, too.

Oh, no doubt. And I’m very envious of your multlinguality (possible made-up word). I was just questioning the false claim that

under the last president, public schools (I had been told) did not provide a choice of 2nd language in the public system.

I took French & German during my secondary school years. I failed my General Certificate of Education exam in German (at 15). Failed miserably. And just scraped a pass in French. That was one of my four passes which is not at all good academically, which is why I left school and started work at 16.

Over the years, I’ve picked up enough French and Spanish to get me through holidays - asking directions, getting a hotel room, reading a menu. Trouble is that it is very few words and, if I’ve asked directions, I know enough to understand an expected answer like “Turn left in one kilometre”. But if the response is any more chatty that that, I’m lost.

They also prepare for a variety of the Cambridge Exams as well. it is for employment preparation as well as if they wish to attend university abroad or in Spain or Trade School, for design, graphics, fashion design, military careers, culinary arts, amongst many other specialty careers.

I take no issue with your description of what’s going on in Spanish schools. I know nothing about that, so I’ll trust that your information is correct. What I object to is your assertion that schools in the United States, as of several years ago,

did not provide a choice of 2nd language in the public system.

Because they did, and do.

I took French and Russian. I can get by in the former; in the latter, I’ve got a vocabulary of about 50 words, and I can read the Cyrillic alphabet - so, not exactly fluent. Your second paragraph is me, exactly. And when I took a trip to Japan a few years back, the only sentence I managed to memorize (I had a lot of others typed into my phone to use as needed) was “Do you speak English?”

On the other hand I learned BASIC at 11. By the end of high school I had FORTRAN, COBOL, and a smattering of what became Pascal. I learned PL/I over a weekend to help a girl I was introduced to at Vassar. Over the years I’ve picked up C++ (ugh), Java, Javascript, Perl, some Python (another ugh), HTML/CSS, and more libraries than I can remember. grin

I’m not fluent in any right now, but I could be fluent in French with a few grammatical errors in a few months, and I get by with caveman German and Spanish when I travel.

I like learning languages, and communicating with locals, if I can, while I travel.

I was disappointed I couldn’t wrap my head around Japanese better last year.

I’m good with food words (unsurprisingly), and I do like to at least try to talk to people. Japan was impossible for me, though. Hungary was pretty bad, too. Cell phone translators are a lifesaver. My last trip abroad was to the Dominican Republic, where the Spanish they speak isn’t like any other Spanish I’ve heard (in Spain, or Mexico, or Puerto Rico, or Venezuela). So I would just hold up my phone to the person I was speaking to, which I hope is less rude than just babbling nonsense, my other option.

Spanish on the Iberian Peninsula is called Castillan Spanish or “Castellano”,

It is quite different from Caribbean based Dominican, Cuban or Puerto Rican and even Mexican or Central or South American Spanish.

Example: The floor in Spain is called " un suelo" and in The Americas; it is called “un piso”.

In Spain, “un piso” is an apartment or flat, or a condominium ! So it is understood by the context of the conversation or article etcetra.

Even Spaniards do not understand all Central or Caribbean or Mexican Spanish speakers and what they are saying. We have to really listen !

Example: The floor in Spain is called " un suelo" and in The Americas; it is called “un piso”.

In Spain, “un piso” is an apartment or flat, or a condominium ! So it is understood by the context of the conversation or article etcetra.

I LOVE stuff like this. This brand of coffee is widely available in New York:

The word has a couple of different translations, but “peak” is obviously the one the coffee company means, judging by the picture. I had a co-worker who was originally from Chile, and there, “el pico” is a slang term for male genitalia. But here, there were subway ads for the coffee that read “Me gusta El Pico.” So my co-worker thought that was pretty hilarious.

Spanish on the Iberian Peninsula is called Castillan Spanish or “Castellano”,

During my one and only trip to Spain, we drove from Madrid to the east coast, and then south to Grenada and back up to Madrid. I had some trouble in Barcelona with the Catalan Spanish. It’s an easy stroll from “abierto” to “obert.” But “cerrado” to “tancat”?

had some trouble in Barcelona with the Catalan Spanish.

Bear in mind that Catalan is a language in its own right, not a dialect of Spanish (Castilian), although some words are the same or very similar. And there are dialects of Catalan. My brother in law, from Mallorca, will speak a different dialect to Barca who is from the mainland. I remember some years back, there were protests in Mallorca because the provincial government was trying to impose Catalan over the regional dialect.