Oh! I once knew that and obviously I’ve forgotten. I hope I haven’t offended any speakers of Catalan. Never made it to Basque country - that would probably be another learning curve for me.

not a dialect of Spanish

Which brings to mind the picture of someone from Downeast Maine US trying to communicate with someone from Appalachia in West Virginia US. The dialects may as well be different languages.

I remember being told that although written Norwegian is consistent across the country, some dialects are so diverse that some Norwegians use English as a common language. grin

someone from Downeast Maine US trying to communicate with someone from Appalachia in West Virginia US.

I’m from Philly. I went to grad school in SE Ohio (i.e., Appalachia). My car was hit when it was parked, Easy? Nope. The cop couldn’t understand me at all; I struggled to understand him. And when I gave him my permanent address in Philadelphia he told me he couldn’t even try to spell it

To add insult to injury he opined that the damage was old, despite the fact the glass was right there on the ground. 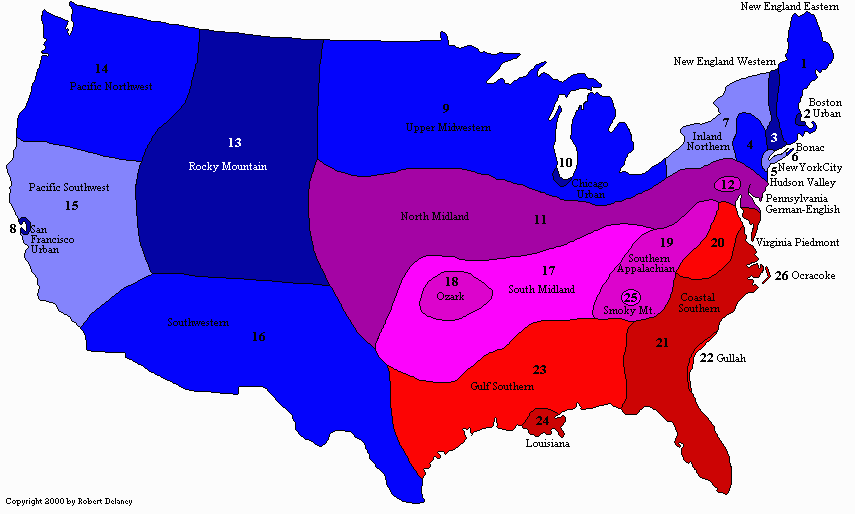 All true. But I have found that college foreign language requirements are a joke, pushing students through without proficiency. Better kindergarten through high school instruction. Even then, it is person to person, document to document experience that makes one bi-lingual. Then there is conversational language and literacy. I can function in Spanish and French, but would flunk a third grade composition test. Actually, I’m an ace at “menu” French, Italian and Spanish, and can cope with Portuguese. You can tell where my heart is.

There are many of these common verbs and nouns which signify one thing in Castillian Spanish and mean something else in South America or the Caribbean.

Even then, it is person to person, document to document experience that makes one bi-lingual.

Agree. TV is also a factor. It has only been with the advent of cable that access to foreign language programming has been broadly available. In my experience, other than Spanish, foreign language programming is an extra-cost add-on package. Streaming services are helping more recently. Motivated language students have the opportunity for more exposure which is critical for fluency.

When I landed at Schipol in Amsterdam to work in Delft for a term (1981) my taxi driver spoke eight languages. I have never recovered from the realization of how little most Americans really fit into the global economy.

The world’s economy has grown fivefold over the past five decades largely due to America[ns]. It is prominent in virtually every global market…which it should. The global economy is important to the United States too.

If the United States was situated within European counties more Americans being multilingual would naturally follow.

As for me…I’m miserable with English and it’s my mother tongue. I speak just enough Spanish and Mandarin to cause a nasty international incident not to mention being slapped a lot.

PL/1 was my first language, followed by COBOL. Now I’m looking at C and C++.

However, in Argentinian Spanish, “Coger” denotes: To have sexual intercourse !

Is this possibly an interpretation error; choice of American schools’ curricula being taught in Spanish or English versus offering classes for learning a second language?

Well, THAT could cause some issues.

Well, THAT could cause some issues

In similar vein, I think so could the phrase to “knock someone up”, depending on which side of the Atlantic it’s said on.

By the by, I remember an old, and very lengthy, Chowhound thread which compared American & British English. Mainly food related but it went a lot wider. My recollection is how surprised I was at the number of differences - much greater than I would have thought. I suspect it would have been even longer if it had attracted contributors from other English speaking countries - if I read, say, an Australian recipe it will, sometimes, have words I don’t recognise at all and some I recognise from American English (unsurprisingly, much of Australian English is the same as English English).

Catalan is NOT Spanish, however, it is a Latin Language and so one shall find many verbs and other words to be somewhat similar to both Spanish and French.

The formal traditional word for “Iberian Ham” in Catalan is:

There are thousands of types of Ham in Spain as well as Italy, so one needs to be specific or you may get Jamón Cocido ! ( cooked Ham; Jamón York = a cold cut for sandwiches ) … This is from a pink pig which I am sure you know.

Iberian Ham is from a black hog which has been fed on “bellotas” (acorns) in a free environment. Mostly raised in Badajoz, Extremadura and Jabugo, Huelva.