Dancer-painter-chef, Adu Amran Hassan’s Adu Sugar, which opened in May 2019 here at Lucky Gardens, served up quite an eclectic menu of traditional Johor-Malay and Modern-Malaysian cuisine. Much of his fusion-Malay dishes came from Champor-champor, his foray into London’s dining scene which he fondly reminisced about (he ran the restaurant for 12 years before selling it to its current Thai owner).

The former Masterchef Malaysia judge (2011-2015) named his current brainchild “Adu Sugar” to pay homage to his Johore-born father, who gained the nickname “Ah Tan Gula” (“Gula” is ‘sugar’ in Malay language) when he was scalded by a pot of boiling sugar syrup as a child. But here at Adu Sugar, it was life that was sweet. Chef Adu’s restaurant is filled with his own paintings, plus sculptures and artwork which he collects. 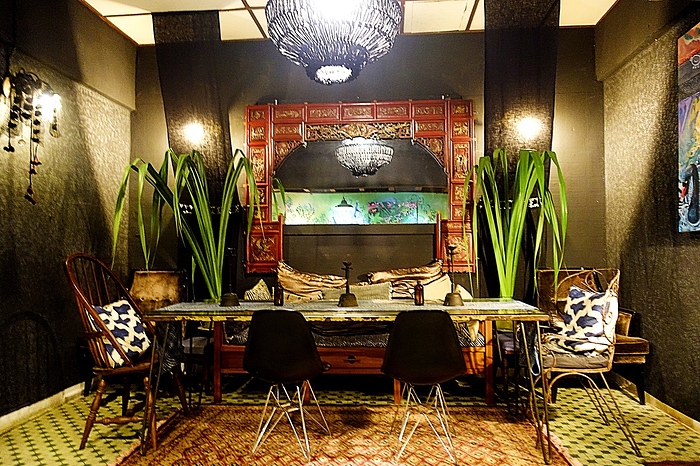 There were 4 of us at lunch today - I think my friend who did the ordering for us (she’s quite a regular) went a bit overboard, but it was all good. Every dish we had was really tasty.

Chef Adu’s sauce was a thick, delicious, spicy gravy replete with minced wolf herring, threadfin and shrimp-meat. He garnished it with fibely-slivered onions long beans, Vietnamese coriander and chilis. It was the best rendition of the Laksa Johor I’d ever tasted! Don’t miss this dish if you do come here. 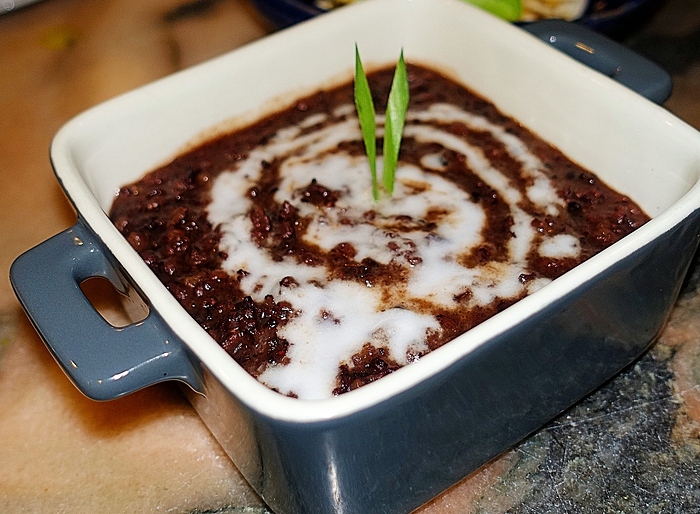 Personally, it was one of the most enjoyable meals I’d had in Kuala Lumpur for quite a while. Chef Adu’s clever reinterpretation of his native Johore-Malay flavours, injected with whatever he felt were appropriate flavours culled from other food cultures, resulted in some of the best-tasting Malay dishes I’d ever had. 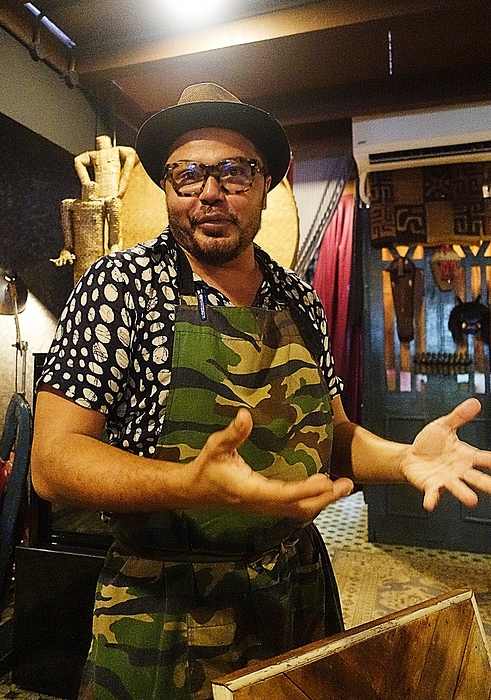 Everything looks so rich and yummy. I’ve gained a kilo by the time I reached the end of the post

Man, that looks good. And what a great looking room.

This gives me inspiration for dinner tonight. Got duck breast and red curry in the fridge, not dried longan though. Maybe Mee Bandung too… got some shrimp paste, bean curd and dried shrimps in the fridge as well.

My version of the duck. I bet your duck was marinated with something. I put lemongrass in the red curry. 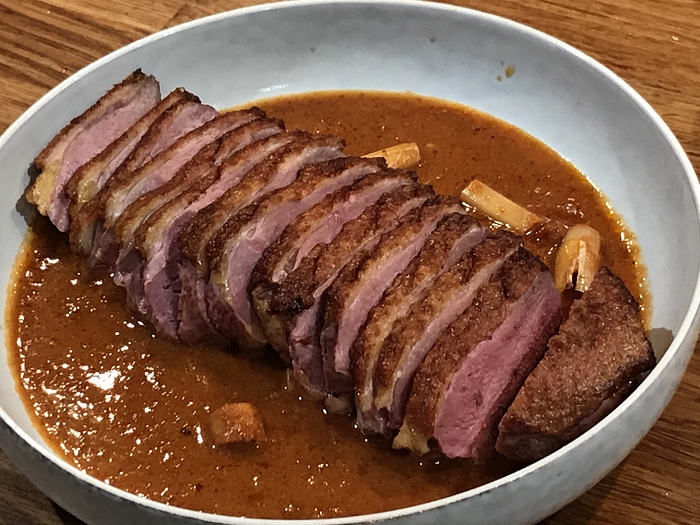 Forgot to take a photo of mee, i found a recipe online but skipped the beef. Both dishes were good for something made quickly.

My version of the duck