Restoran Jaring is yet another in a long line of Malay eateries in Kuala Lumpur which claims to offer Kelantanese dishes. Malays tend to have a love-hate relationship with Kelantanese cuisine - on the one hand, they are fascinated by how “different” Kelantanese-Malay food is from those in the rest of Malaysia (with the exception of Kelantan’s near-neighbour, Terengganu). On the other, Malays tend to complain that Kelantanese food is “way too sweet” and “not spicy enough”. I decided to check out Jaring on this visit to Kuala Lumpur. 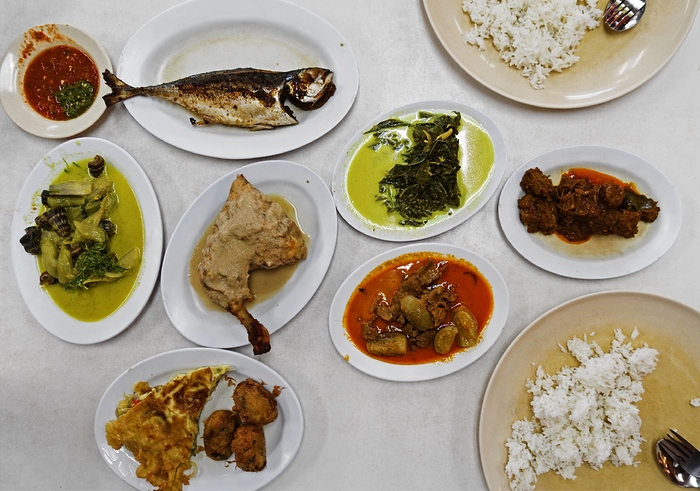 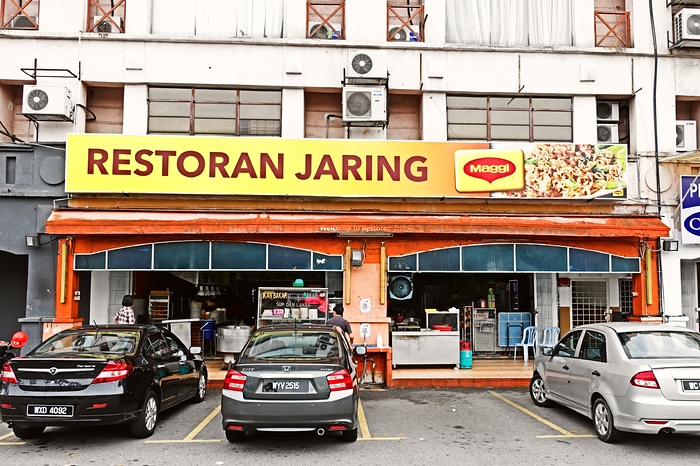 Like other Kelantanese-owned eateries, Jaring tries to straddle somewhere in the middle between Kelantanese-style Malay cooking, and the palate of its KL clientele, where the Malay cooking is very much influenced by the regional style of Perak and Negeri Sembilan (ultra-spicy here). Jaring’s selection of dishes shows heavy Minang (Negeri Sembilan) influences, with almost half the curried dishes having that turmeric-tinged pale yellow hue, a trademark of Sumateran-Minang cuisine compared to the fiery orange-red Malay curries. 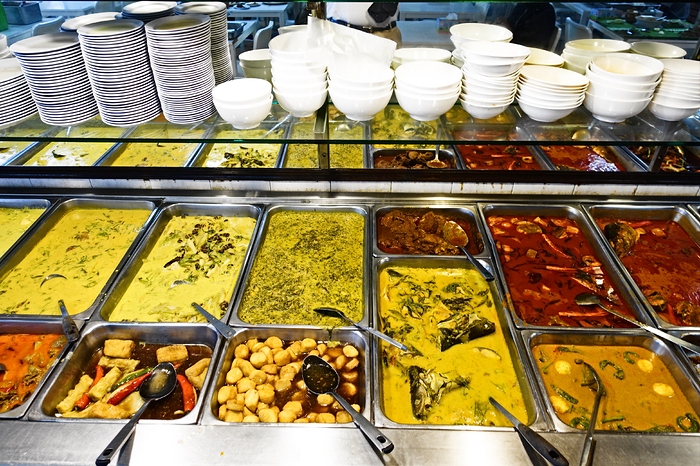 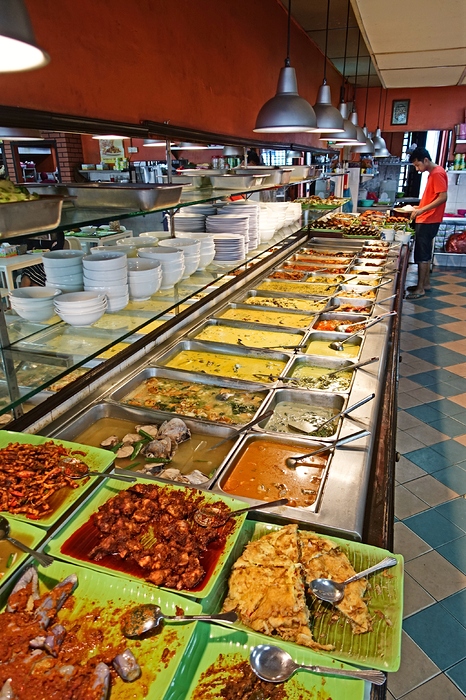 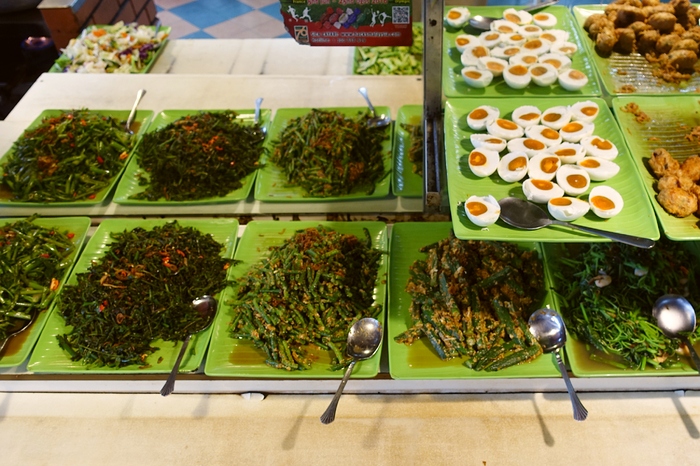 What we tried here:
#1 Kelantanese ayam percik - this signature Kelantanese dish of barbecued chicken basted with coconut-rich galangal-onion-fenugreek sauce is done pretty well here. Never as fragrant or tasty as those one find’s in Kelantan, but still a pretty respectable rendition here - better than the one we had at Anis Putri, another top, much-talked-about Kelantanese-owned eatery in KL. 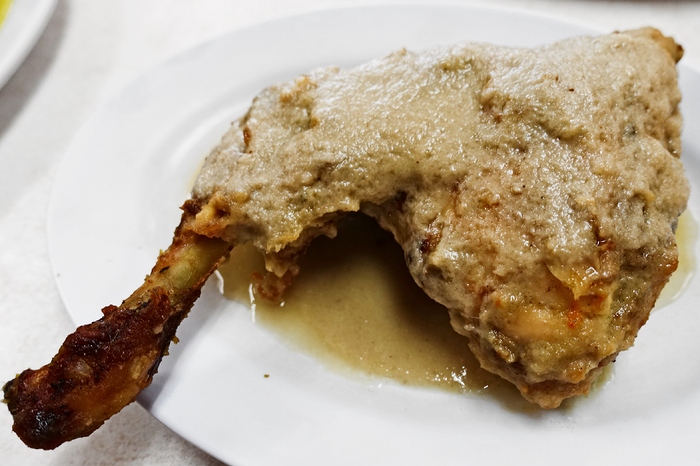 #2 Ikan bakar Grilled fish (the one here is cencaru or hard-tail scad), very popular in Malay cuisine, and usually served with a choice of dips: chili-fired sambals, dark-sweet soysauce spiked with fiery cili padi (bird’s eye chili) or the classic Kelantanese dip: budu, an extremely pungent fermented fish sauce which shares the same origins as Khmer prahok - not a surprise as the Kelantanese are supposedly descended from the Cham people who migrated down south into modern-day Kelantan from the Champa Empire centuries ago.

Kelantan has an interesting history - its most famous ruler was a 16th-century sword-wielding Amazonian queen, Siti Wan Kembang, of Champa-Kelantan-Pattani lineage, who often rode into battle with her own army of horse-riding women warriors.
The budu is associated with Kelantanese cuisine, just as prahok is with Cambodian cuisine. 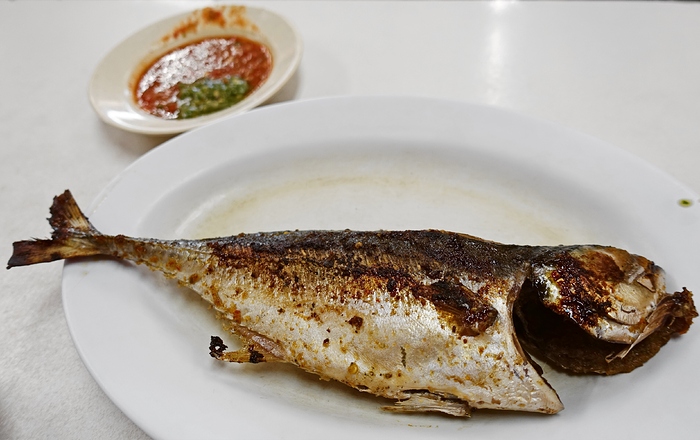 #3 Rendang daging This is the classic beef dry curry, much treasured and one of the gems of Malay/Indonesian cuisine. My fave beef rendang renditions are from Padang in Sumatera, Indonesia. The ones in Malaysia tend to be lighter in colour, less intense in flavours compared to their Indonesian counterpart. The version here was just “average” and chewier than I’d have liked. Not much scent from turmeric leaves, nor the toasty aroma of “kerisik” (shredded, toasted coconut). P.S. - Forget about chicken rendang - I don’t even remember this dish during my childhood - and I surmise it probably became popular in the past couple of decades. 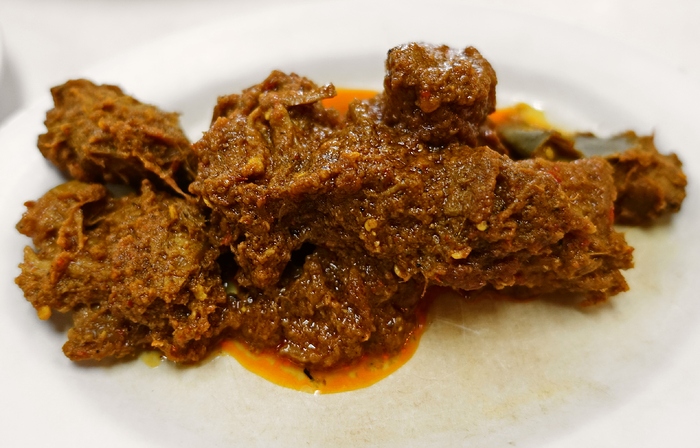 #4 Siput sedut masak lemak This is a sea-snail that’s popular in Malay cooking, known as “siput sedut” or “belitong”. The sea-snails were cooked in a light coconut milk-infused curry sauce here, together with slivers of gourd and sprinkled with fresh dill - pretty tasty. 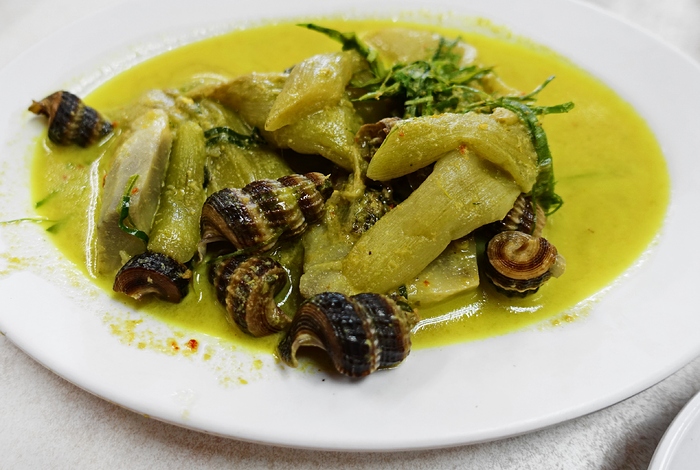 #5 Gulai daging An aromatic beef and aubergine curry here - not the Kelantanese “gulai kawah” which I expected, but a rather spicy rendition closer to Southern Thai-Pattani-influenced beef curry, where aubergine (Thai: มะเขือ, makhuea) is incorporated. 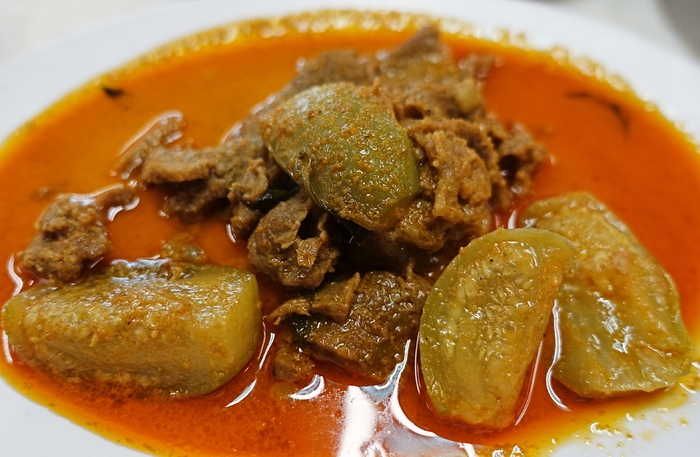 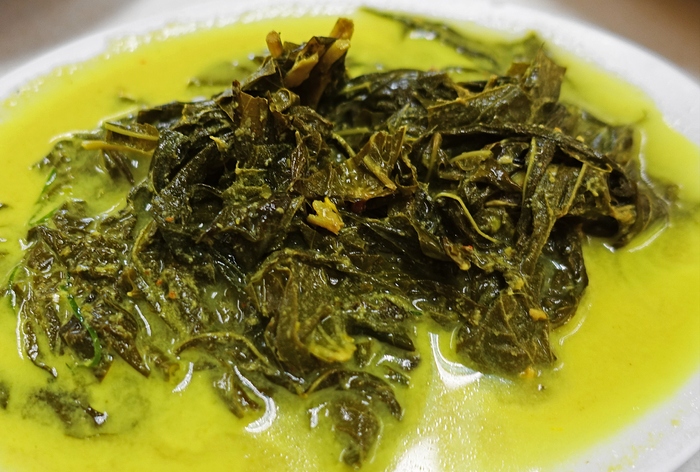 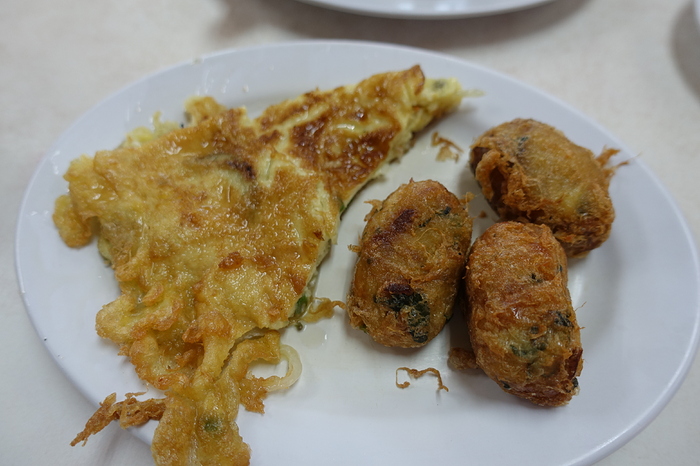 #8 For dessert, one can also opt for a selection of Malay kuehs, mainly rice flour-based sweetened puddings. 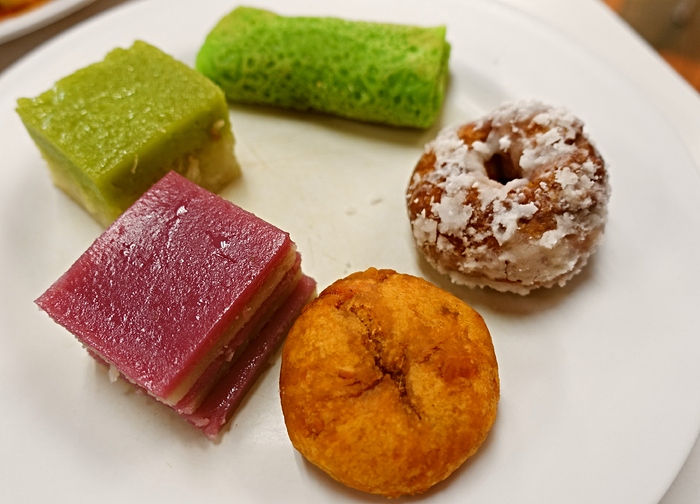