I swear I eat other foods besides Cantonese food… but uh… today is not that day.

Just had a pretty great dinner at King Wah in Daly City. I have been here over the past few years, but I sometimes find the speed of the restaurant to be a little lacking. Meals can range from a slow marathon to a nice brisk walk. I’d reckon that the speed is due to everyone ordering at once, so a better path for me is to have early dinner!

There’s a pretty decent sized fish tank and we saw quite numerous amounts of sea bass ranging from pretty large monsters to smaller more reasonable sizes for a small party. Giving a go ahead for that, we opted more for the server suggested soy sauce supreme/pan seared prep of the sea bass figuring that the more oily nature of the beast might be tempered with high temperature cooking.

In any case, we got the soup of the day which was a nice fuzzy/hairy melon soup. 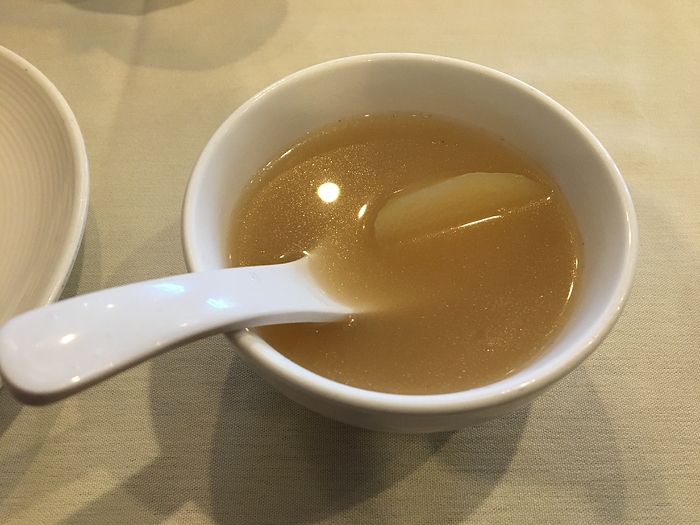 Following our soup, we had ordered some Asian cauliflower cooked with pork neck meat rather than the more typically seen version with Chinese preserved sausage/bacon. The veggies had a good crisp bite and the pork neck had a nice layer of fat to uh… … enhance the dish. 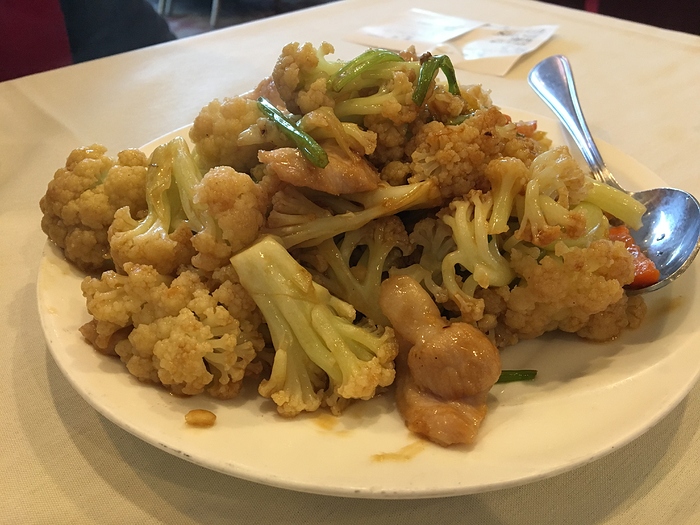 Next up was their clams in spicy broth and wine. Not too heavy with the wine or the heat, but the clams were relatively large and the hot broth is always great when the fog rolls right into the Westlake area. 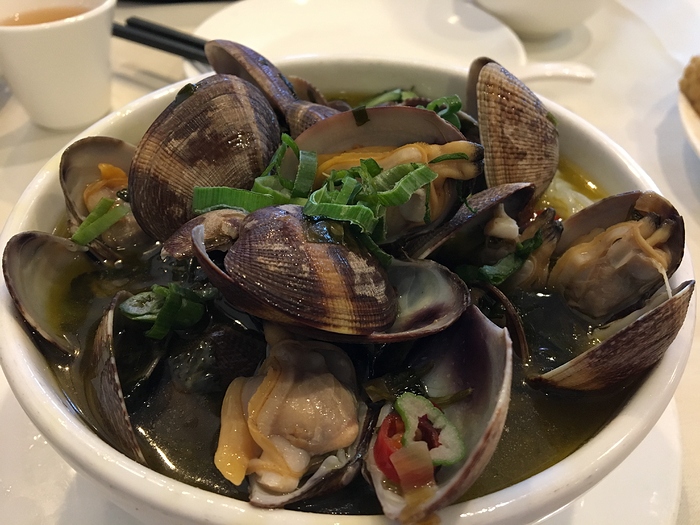 And at last, the star of our show, the sea bass! 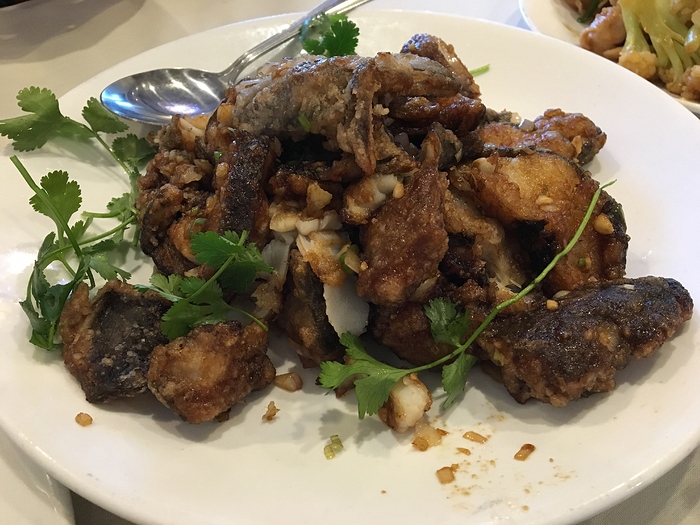 Roughly around 2 pounds, the soy-sauce supreme version of the fish was very good. Not quite the same as steaming it (which I would also enjoy), but the fish was not overcooked and dry in this manner.

Overall, dinner was pretty good for the three of us. I have tried their stuffed tofu with shrimp before and quite enjoyed it and also recall trying a steamed turbot around twoish years ago. Also delicious but uh… pricier than I honestly cared for (think it was around 30ish a pound back then). This dinner came up to around 100 dollars before tips so not… terrible but in my mind more on the higher end of the spectrum. We did have a red bean dessert soup though I don’t think I spotted or tasted a hint of dried tangerine peels alas. I’d definitely come back and will eventually try their dim sum again (its been too long so I really can’t recall how it was)

Note, parking can be a pain for this restaurant.

I can just eat this Asian cauliflower alone and get full. Nice review.

Haha, I rather like this version of cauliflower. Feels more… springy? than the typical ones (especially if you accidentally overcook it).

Springy or crispier…etc. I like cauliflower (asian or not), but you are right that the Asian version is more crisper.